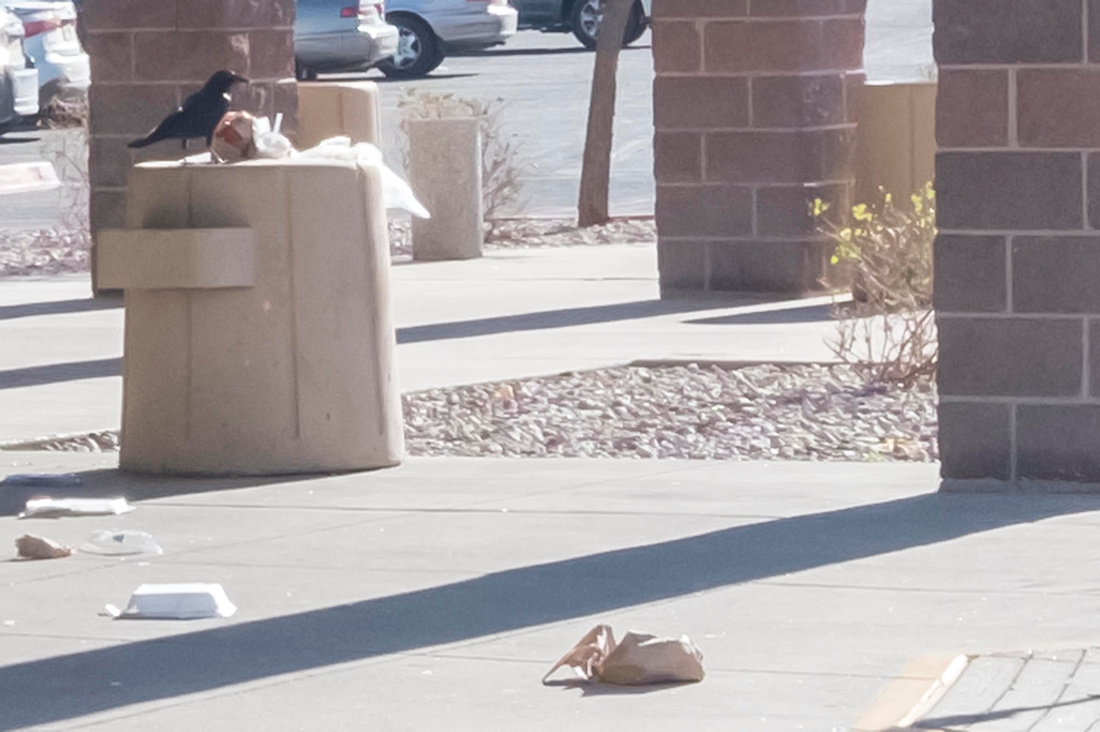 This crow was pulling trash out of the trash bin around the corner from Pets Mart and throwing it all over the sidewalk. I only had my carry camera with a 40mm lens on me, so when I tried to get close to the crow, he flew up on the building and cussed at me until I backed away from the trash bin. Hence he would fly back down and resume pulling trash out of the bin. I tried a few more times to sneak up on him while he was preoccupied, but each time he noticed I was closer and flew back up on the parapet and rained his crow curses down upon me. I finally had to settle for wide shots from a long way off. I zoomed in 200% in camera raw to show the trashy crow at work. 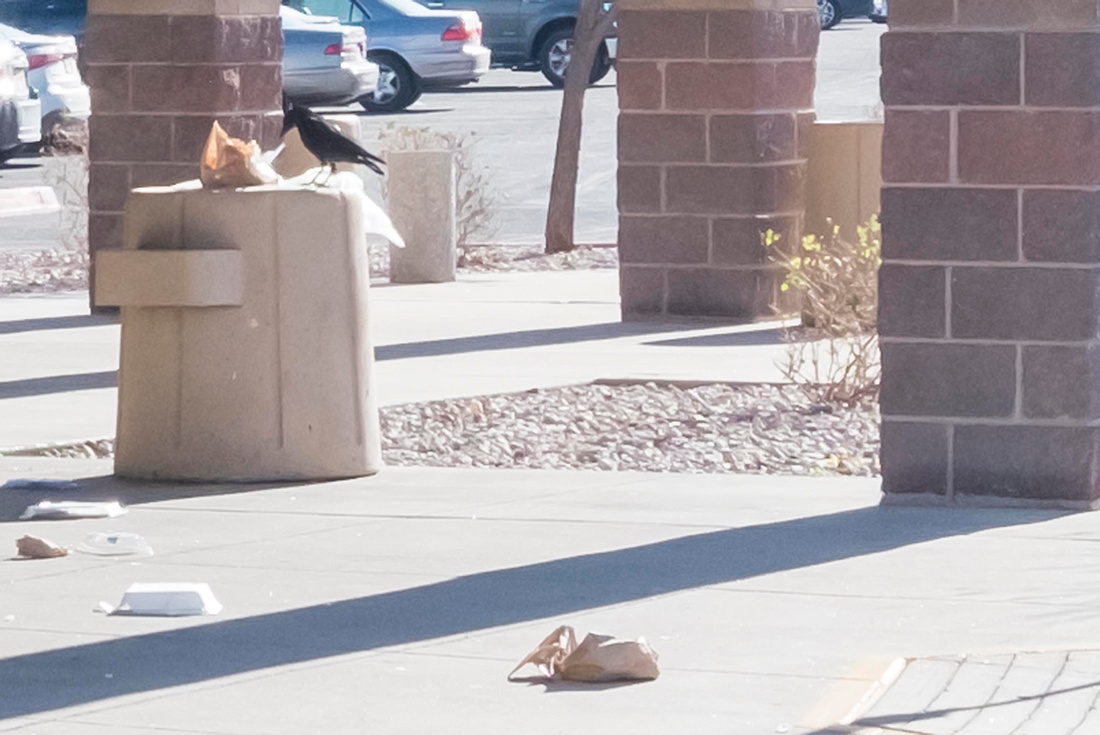 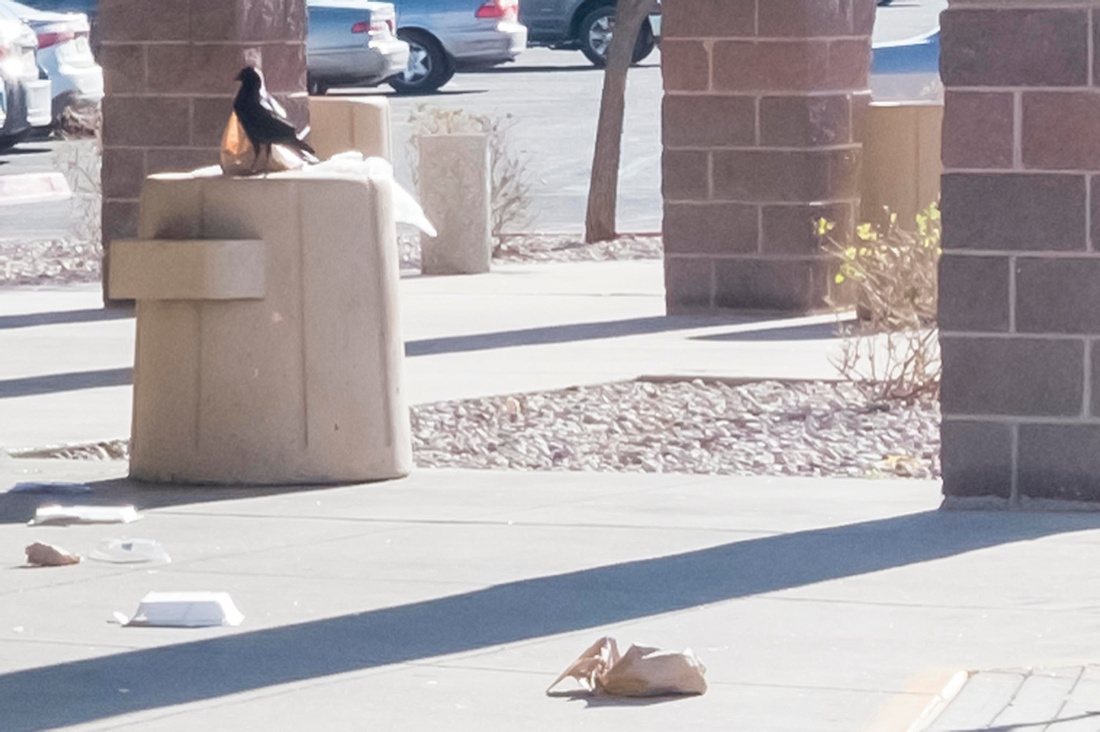 T & L Photos
Crows are foul beaked birds. Thanks, Julie!
Julie(non-registered)
Messy crow! looks like he is enjoying himself :D I didn’t know they could cuss! I saw a seagull doing the same at the beach the other day with a parcel of fish and chips. He meant business ..
T & L Photos
Hi Lavinia. He was a messy fellow.
T & L Photos
Hi Teagan. He didn't want to listen to me. He wanted to do all the talking and cussing.
Lavinia Ross(non-registered)
Yes, crows are pretty smart birds! What a mess this fellow made looking for tidbits!
No comments posted.
Loading...
Subscribe
RSS
Recent Posts
Last Post on Zenfolio Walk, Run, Splash, Fly A Walk in the Snow We Wish You a Merry Catmas Cranes, Train & A Full Moon on Winter Solstice I Had A Dream Shrink Wrapped Fly Away Fire & Phantasm First Snow on the 2nd
Archive
January February March April May June July August September October November December
Timothy Price
Powered by ZENFOLIO User Agreement
Cancel
Continue