Tim Dandy to the Rescue 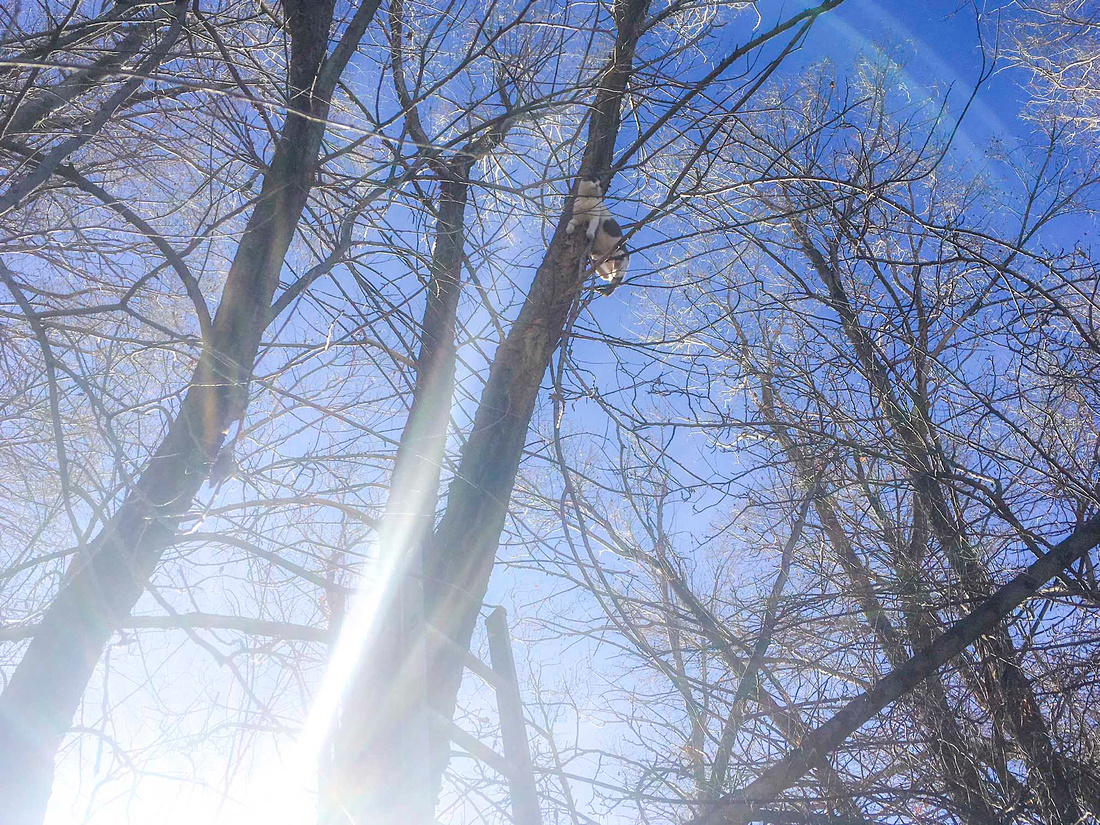 Sasha has been putting on a feline damsel in distress act by getting stuck on the roof of the house, and acting sad and helpless until I climb up on a ladder and rescue her. Today, she escalated her act by getting stuck in a tree in the no cat's land where an irrigation ditch runs between our property and our neighbor to the south. I had to get out my 15 foot long extension ladder, climb over the fence with it, and I duly discovered it was not long enough to reach Sasha. I got the loppers and cut a few branches, which allowed me to get the ladder a little closer where I could step in the fork in the tree, reach up and work her around the branch and rescue her.

The incident reminded me of Black Oak Arkansas' song from the mid 1970's "Jim Dandy". I got the first verse of a parody written:

Sasha was stuck up in a tree top
Twenty feet or so to the drop
Got a ladder climbed to the fork
Pulled her down in due course
Tim dandy to the rescue
Go Tim Dandy Go!

But when I looked up the song to remind me of how many verses it has, I found a video of BOA performing Jim Dandy on "The Midnight Special" in 1975, and realized they were like a parody unto themselves. I remember when Jim Dandy was played on the radio in the mid 1970's, but I don't know how many people would know the song today. Having to rescue Sasha from a tree was as silly as BOA's song. 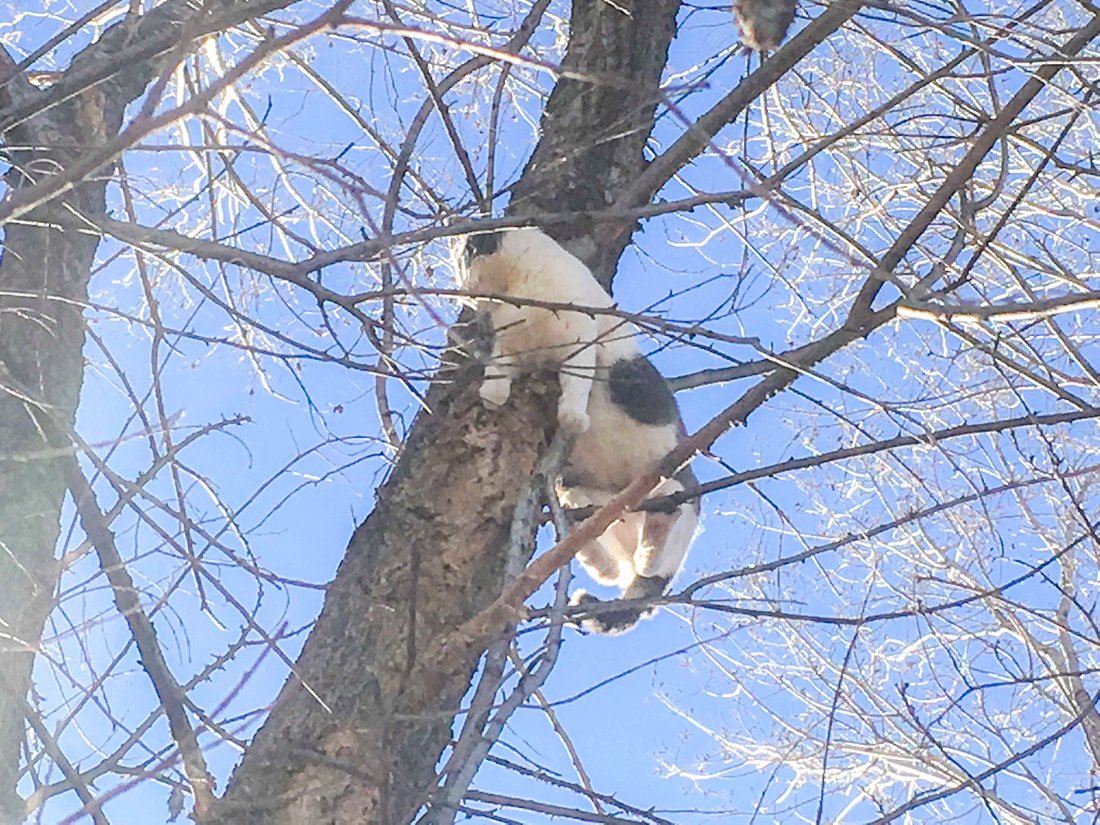 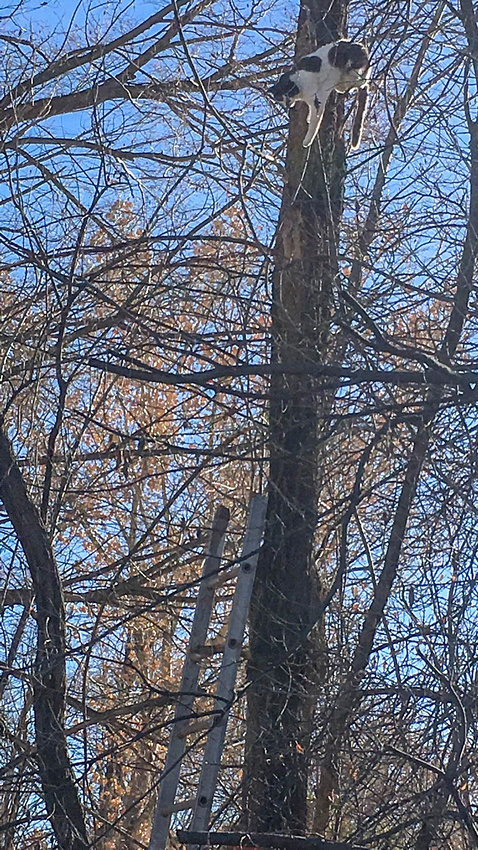 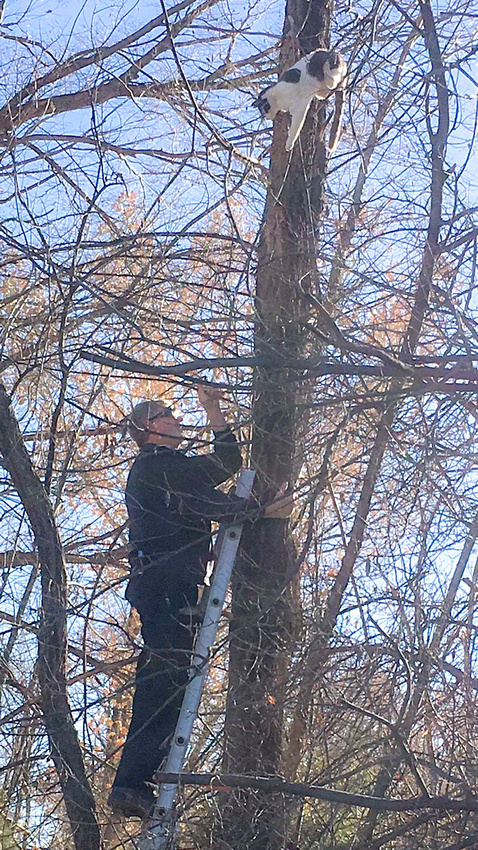 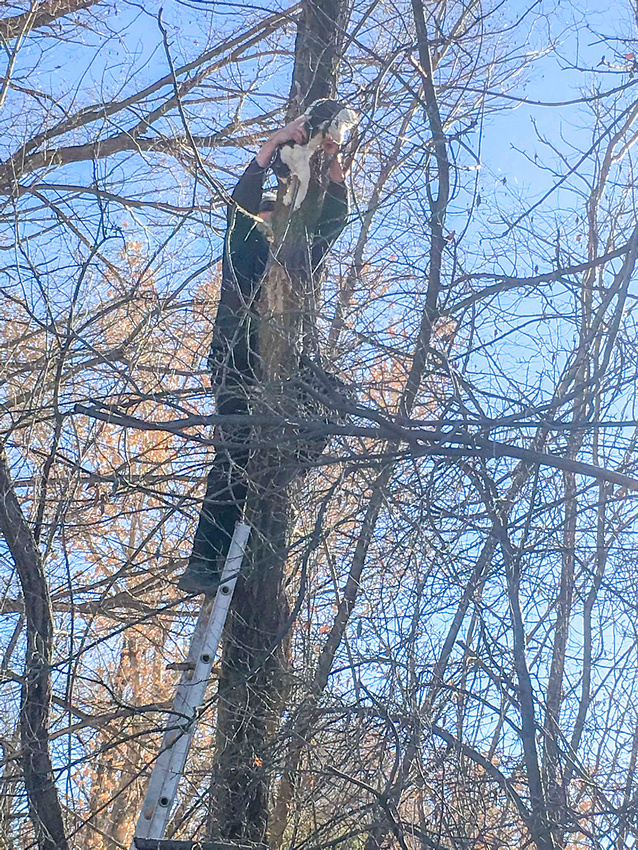 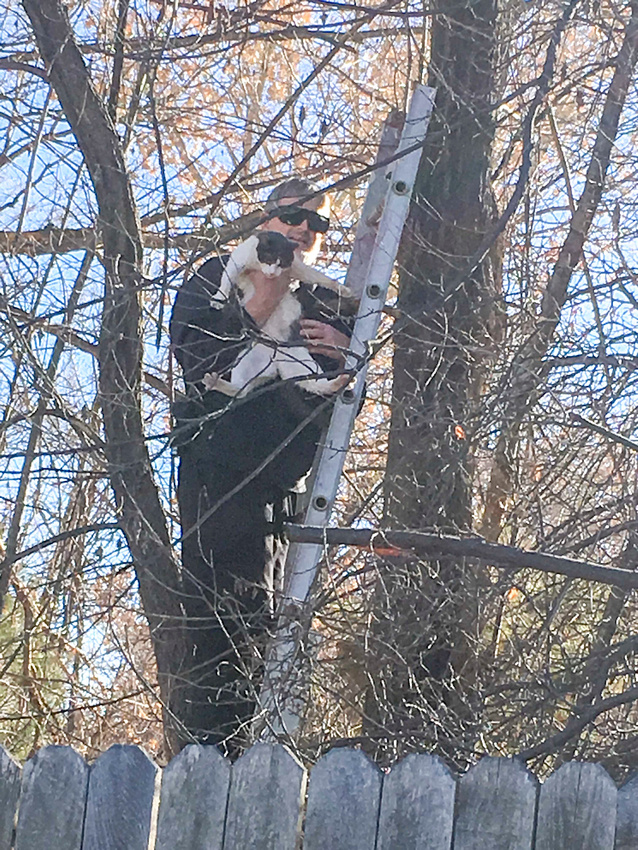 T & L Photos
Our cats do climb trees very often thank goodness. Thanks, Julie!
Julie(non-registered)
Well done Tim! She was way up that tree .. Thankfully mine are land lovers :)
T & L Photos
Thanks, Harry!
Harry(non-registered)
Luckily she gave up climbing higher. Well done job rescuing Sasha :-)
T & L Photos
Hi Teagan. I have to be a lot more careful on ladders and trees than 10 or 20 years ago, but I'm still fairly well balanced, at least for climbing ladders and trees. The last photo is hilarious with her legs and toes all spread out.
No comments posted.
Loading...
Subscribe
RSS
Recent Posts
Last Post on Zenfolio Walk, Run, Splash, Fly A Walk in the Snow We Wish You a Merry Catmas Cranes, Train & A Full Moon on Winter Solstice I Had A Dream Shrink Wrapped Fly Away Fire & Phantasm First Snow on the 2nd
Archive
January February March April May June July August September October November December
Timothy Price
Powered by ZENFOLIO User Agreement
Cancel
Continue