The Few and the Flatulent 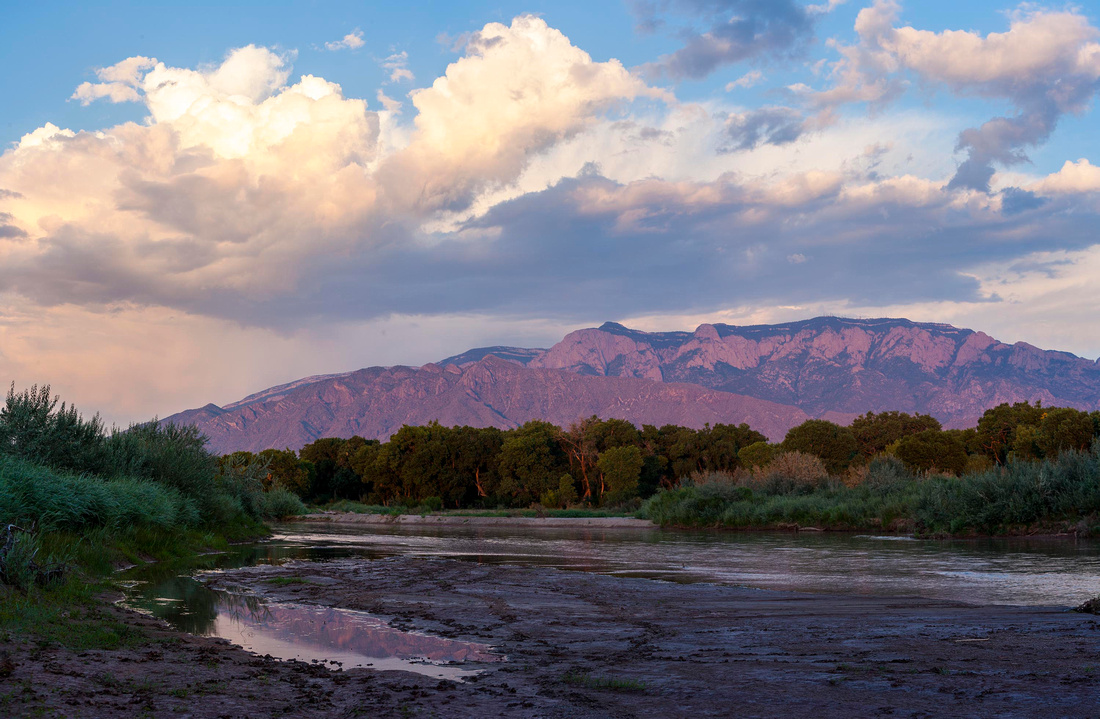 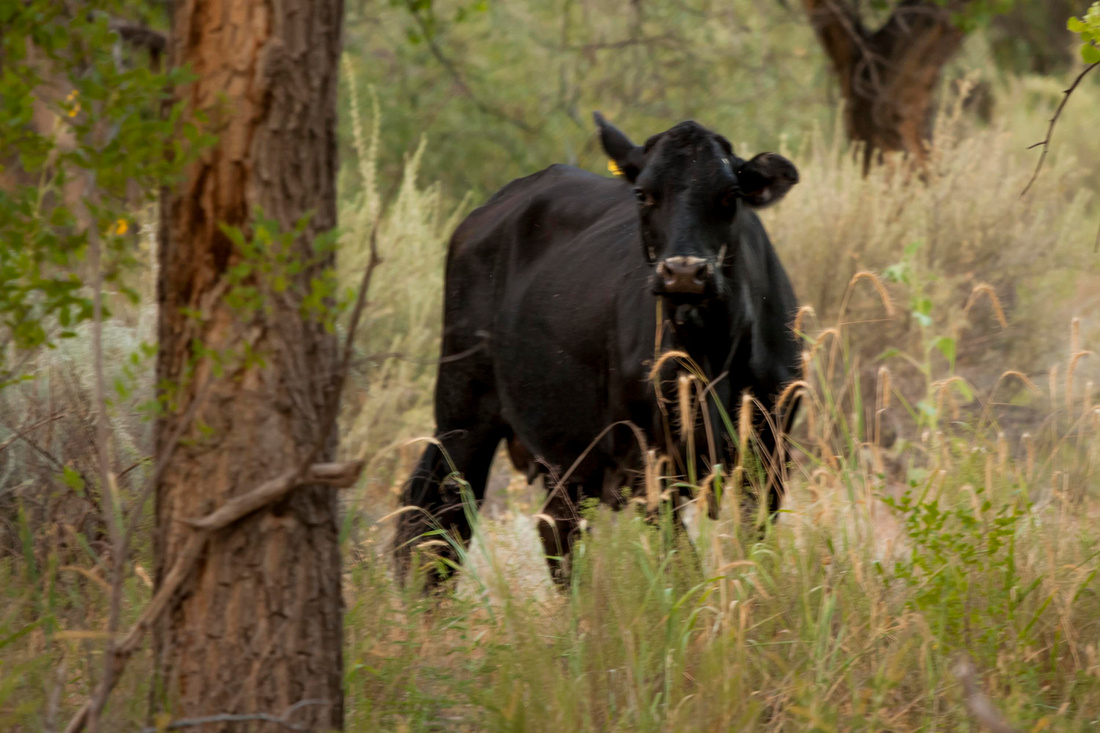 I walked back into the bosque and came face to face with cows wandering around, munching on the foliage. They ran north while I went to see what the sunset was doing. As the dusk began to creep into the bosque, I heard the cows mooing urgently and coyotes howling. I ran toward the sound of the commotion in hopes of photographing a cow vs. coyote fight. I heard a coyote yelping, then silence in the bosque.

Under a half moon, I walked through the bosque and up onto the top of the levee, where I came up between the heard of cows on my left and one cow on my right. We all stopped, stood still and looked at each other. 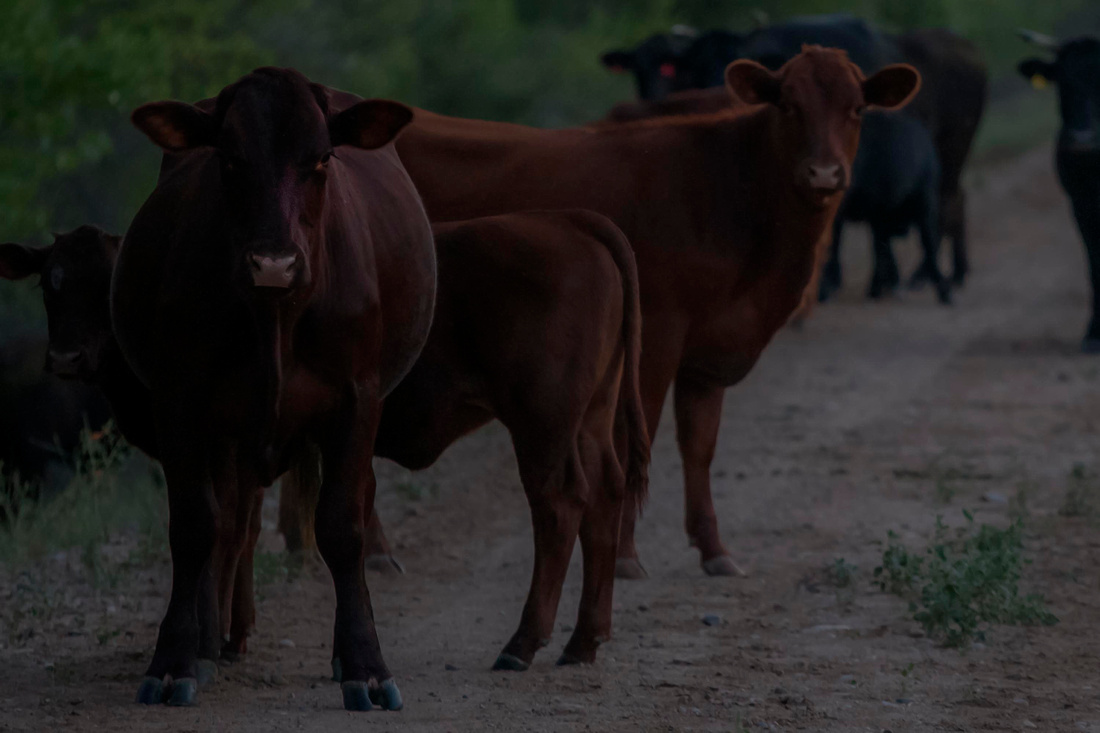 We were in a true stand-off with no more than twenty feet separating me from the cows on either side. We all stood defiant, hooves and feet planted firmly as we stood our ground.  Silence momentarily fell round us until the cows tried an offensive maneuver and started squeaking out bursts of air, back and forth, until they were playing toccata and flatulence in F Major. I imagined them singing a cow version of Helen Reddy's famous song:

"I am cow hear me roar
With flatulence too loud to ignore
I may look simple, but I do pretend
Cause I’ve let em drop before
Those patties crashing to the floor
Please try to step around my pies

Oh yes, don’t despise
Four stomachs are insane
Yes, reticulum, rumen dice
Omasum, abomasum reduce the grain
If I have to I can eat anything 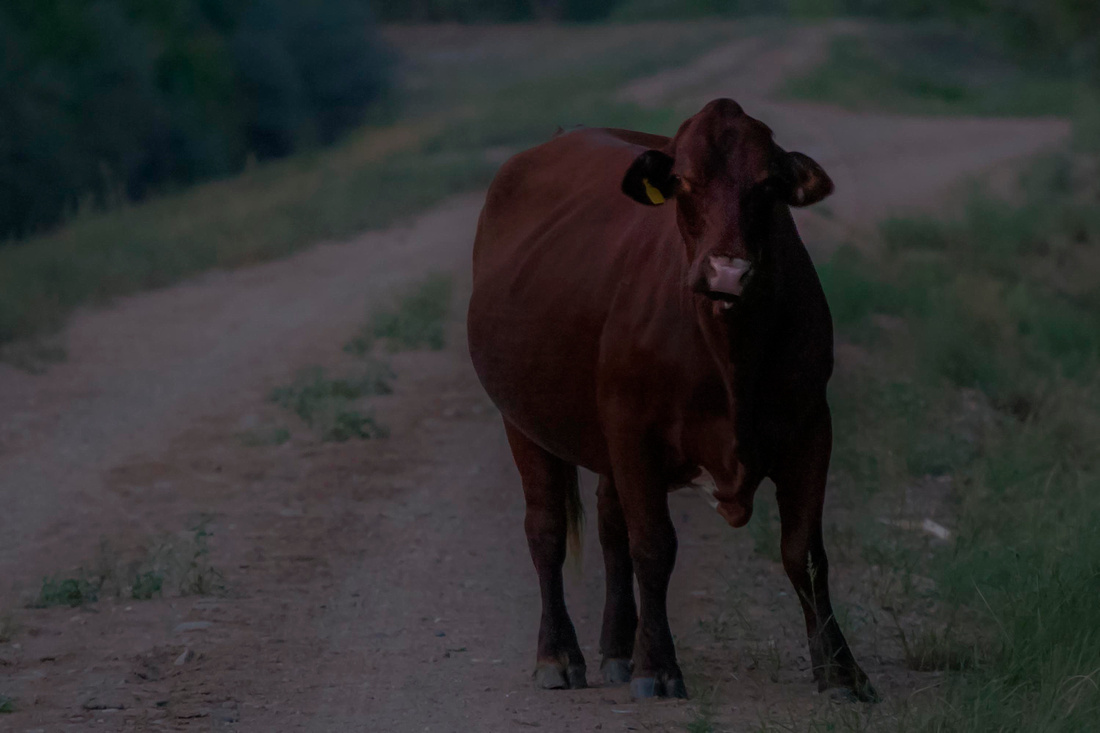 I added a few toots to the musical merriment — I have to say we had a gas — until the herd decided they had enough and began moseying south on the levee. Now I stood separating an angry cow from the herd, and decided it was best to get off the bank and let it rejoin the herd. 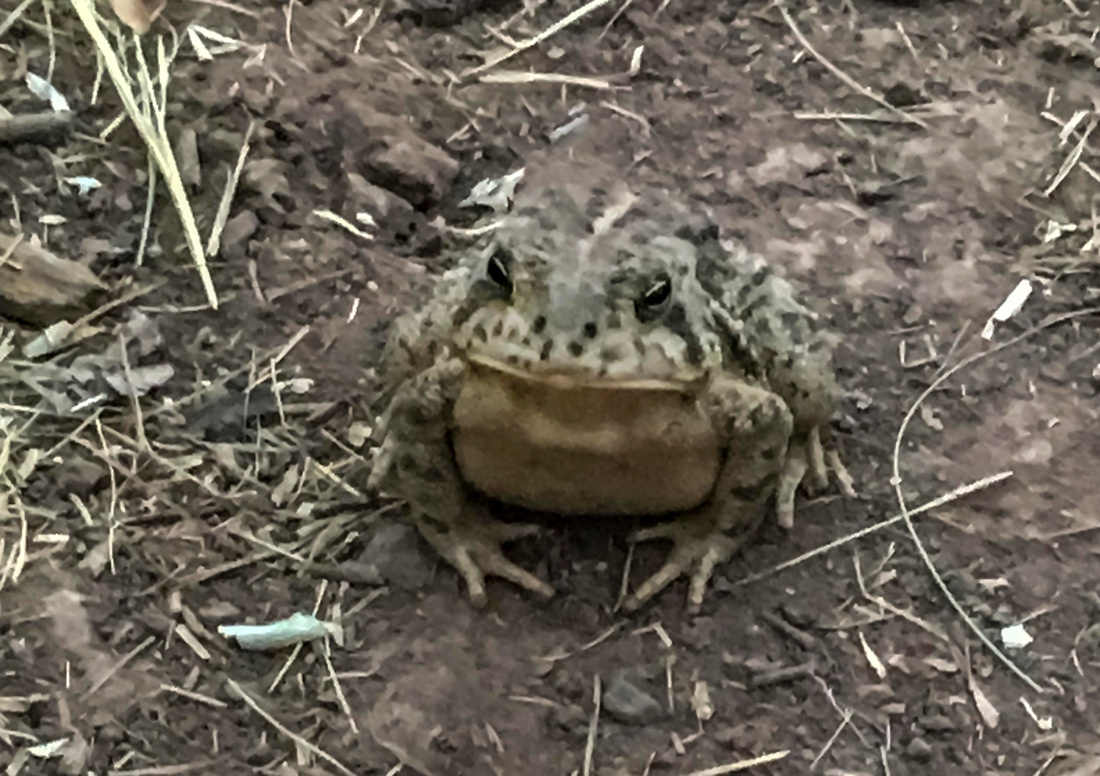 Meanwhile, back in the bosque, Laurie was blocked from joining the "toot-in" by a rather defiant toad who stood his ground asking "Who's that stomping on my trail?" Once he saw it was a beautiful woman, outfitted in rose gold, he let her pass. If it had been a bullfrog blocking the path, he probably would have demanded a kiss before allowing her to pass, but toads have not been known to turn into Princes. Laurie joined me on the levee just as the cows and I finished putting on the airs. 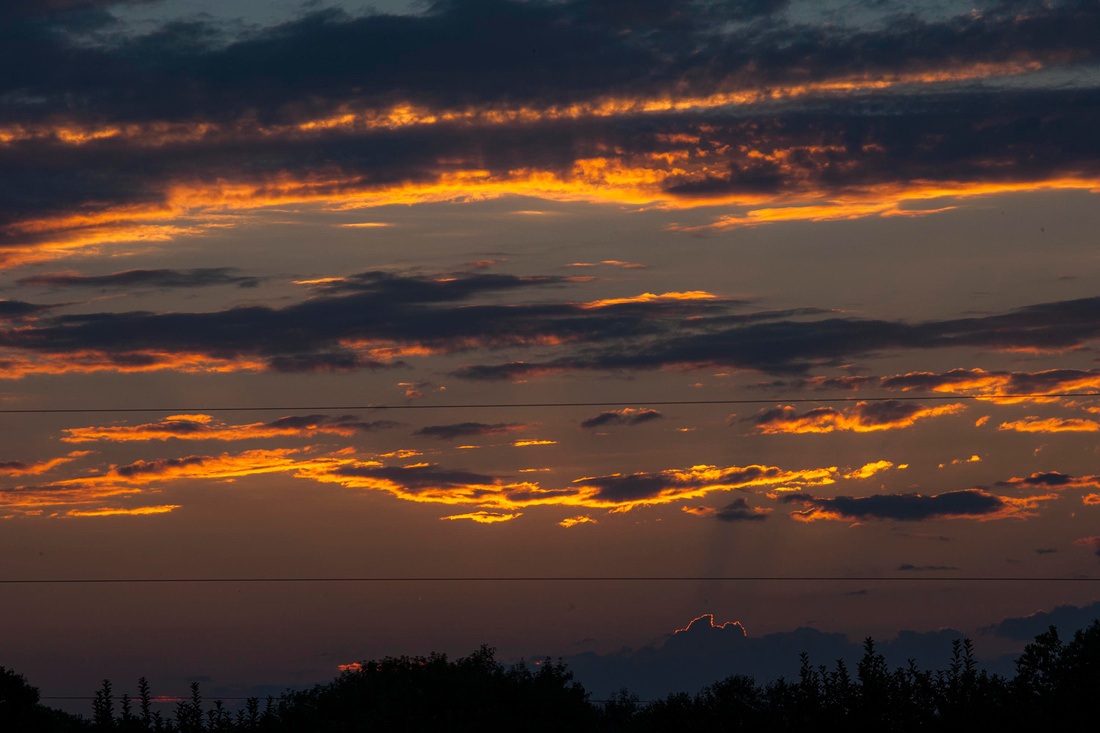 All that gas made for a really nice afterglow at dusk.