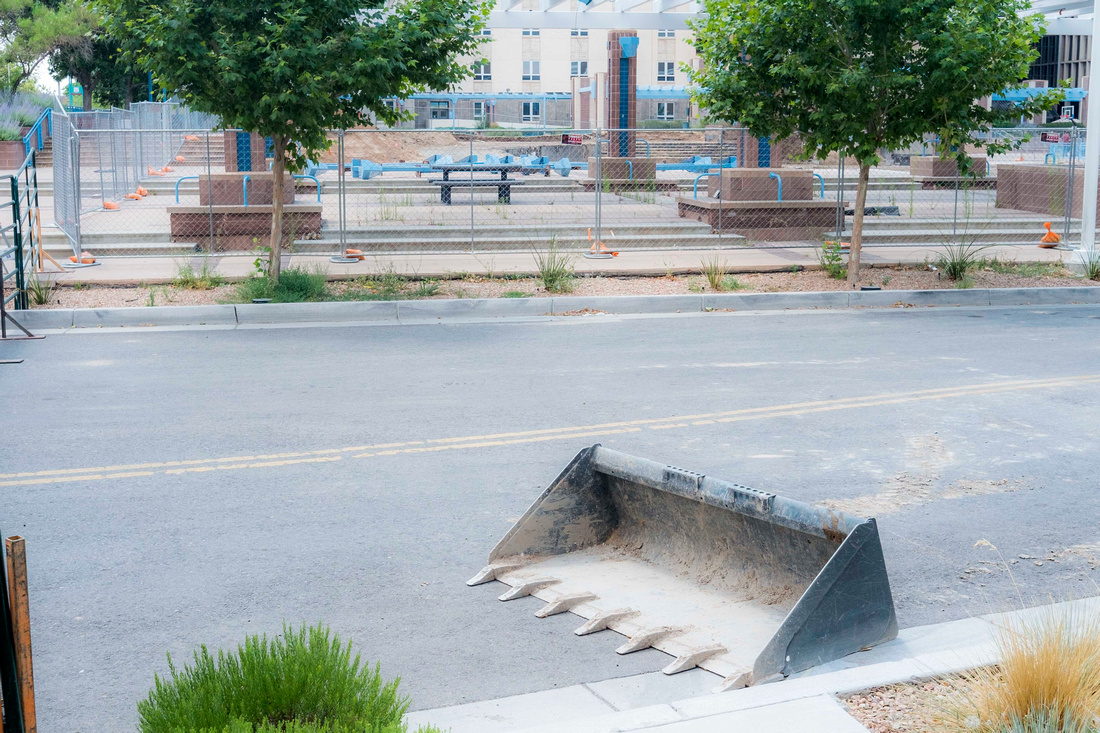 The latest scoop on happenings in Downtown Albuquerque. 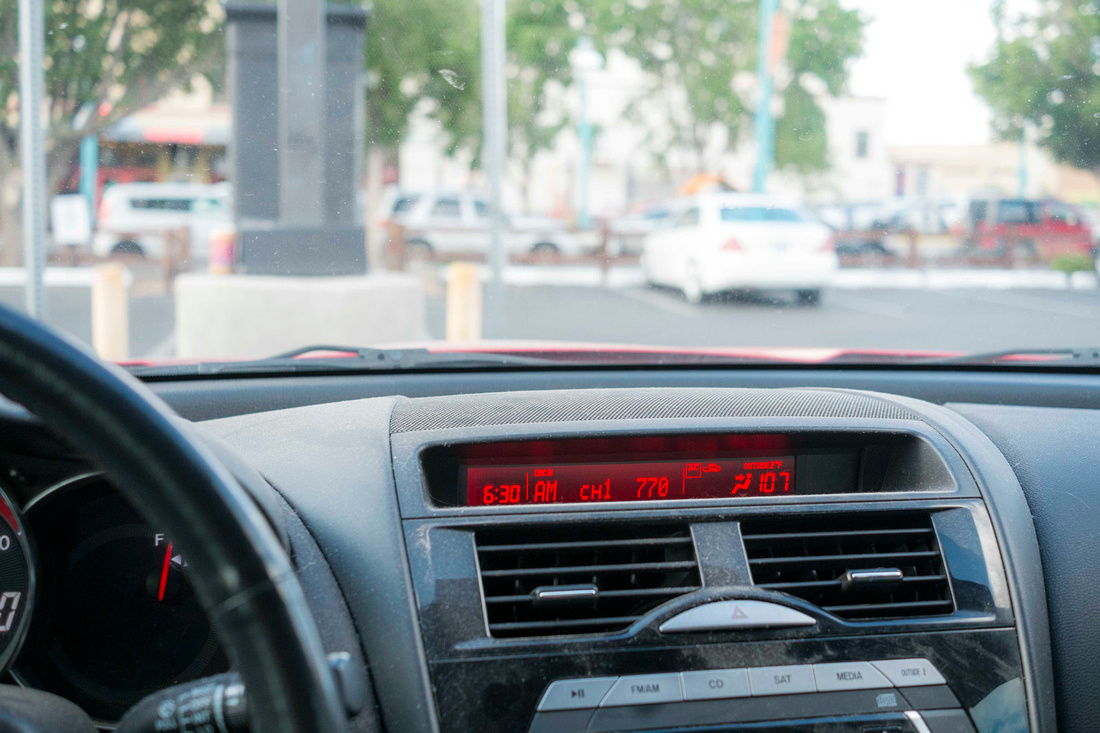 It was another scorcher in the parking lot with temperatures reaching 107º F (41.7º C) 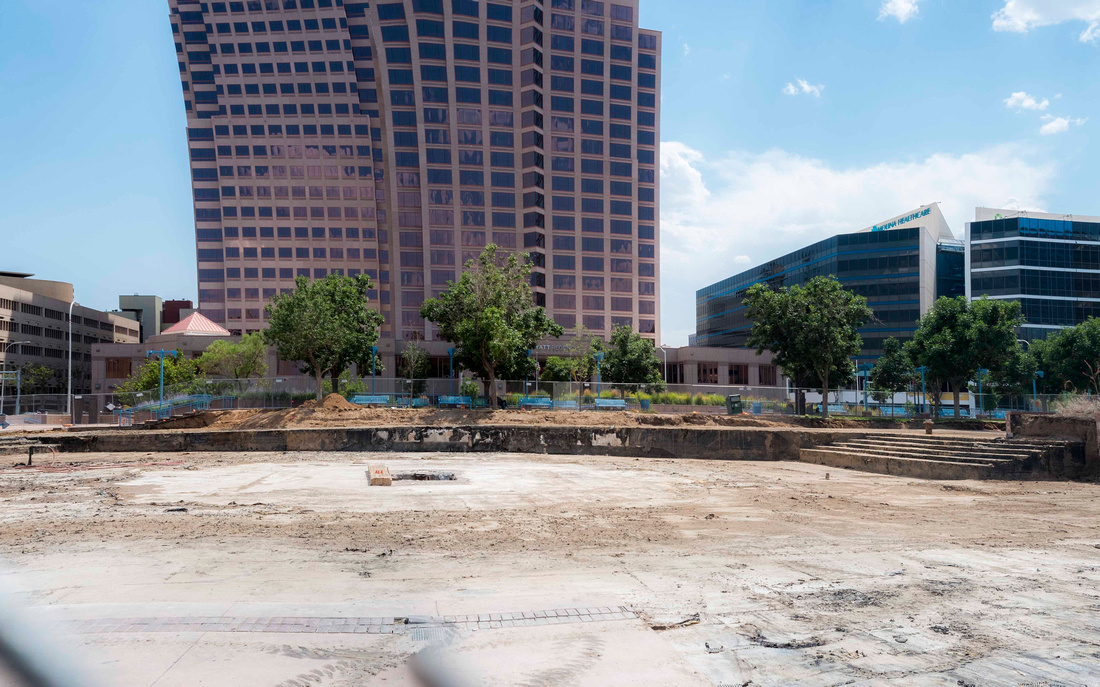 The buildings were warping in the intense heat. The area on Civic Plaza where the fountain was, is pretty well cleared out. 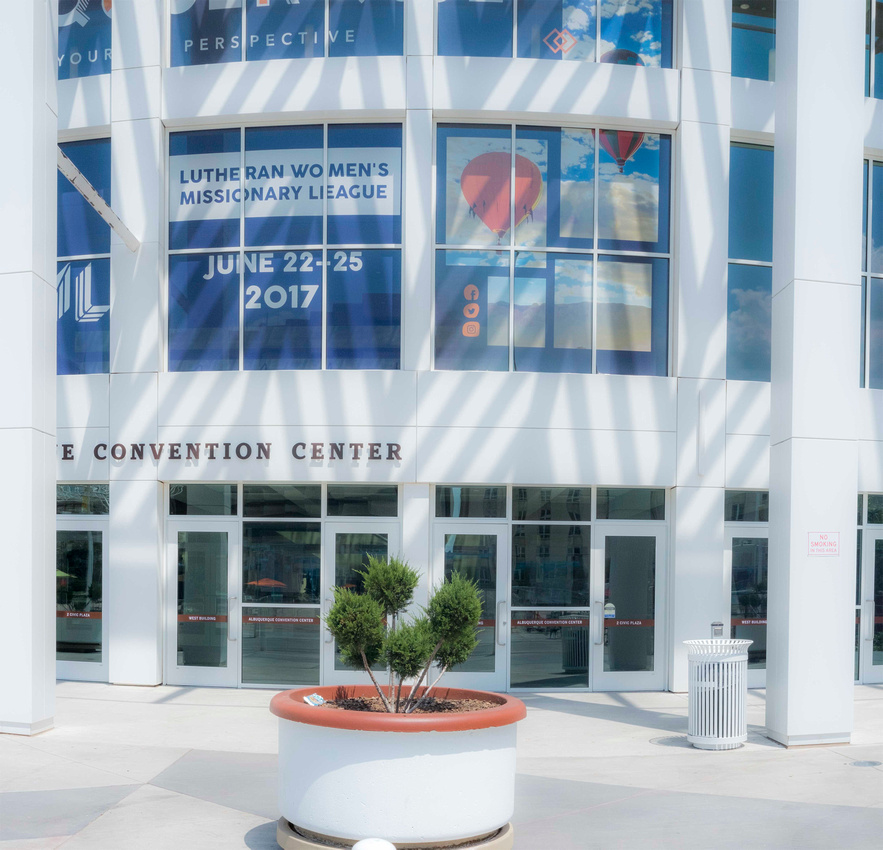 The Lutheran Women's Missionary League is having their convention in Albuquerque. 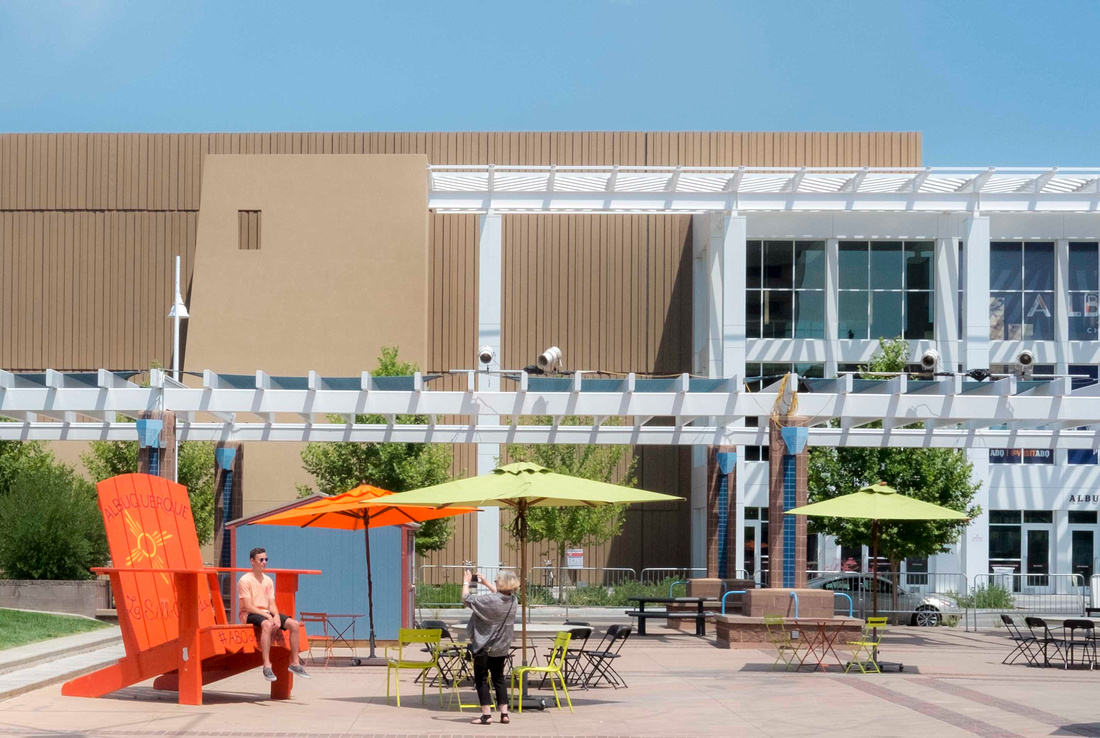 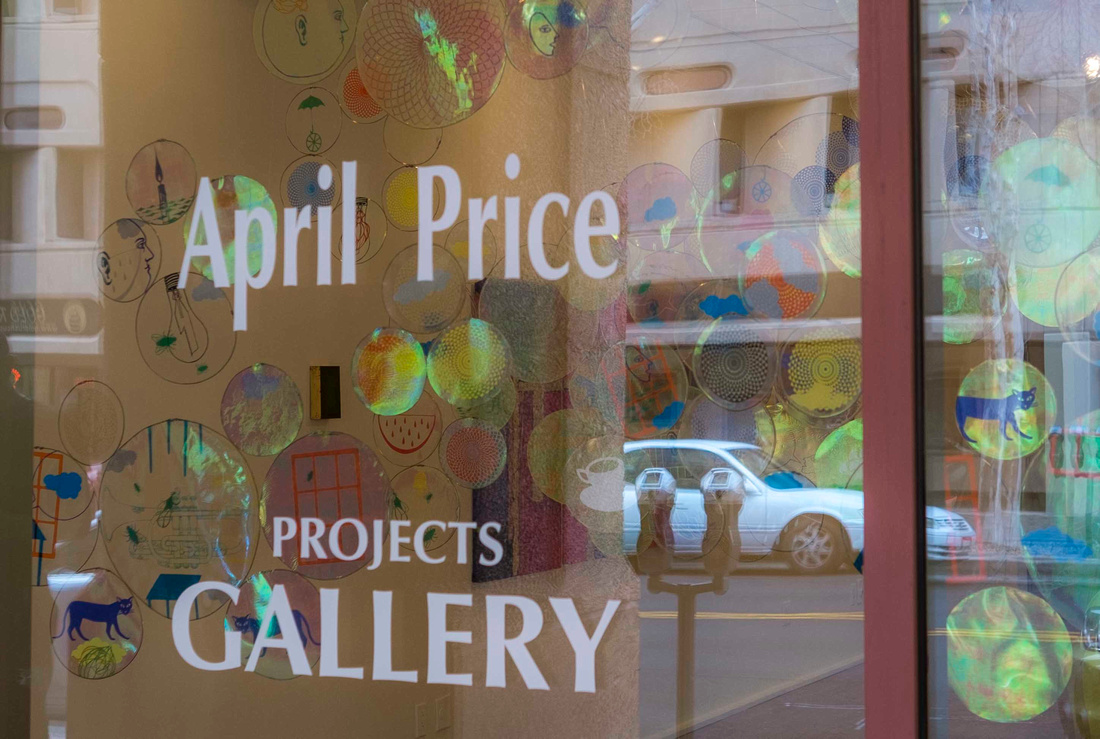 A long lost relative (maybe?) has an installation that includes some blue kitties hanging in her Projects Gallery. 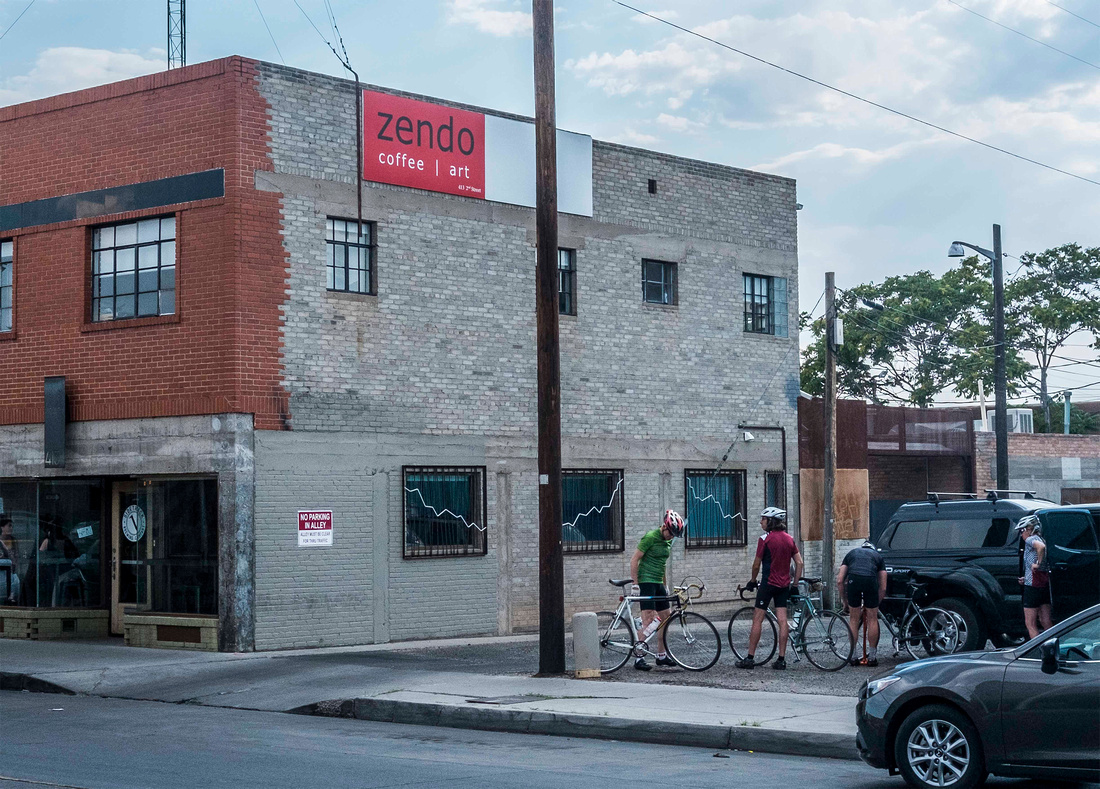 Biking and brewing — getting ready to take off from the parking lot of the Zendo Coffee | Art and Sidetrack Brewing parking lot. 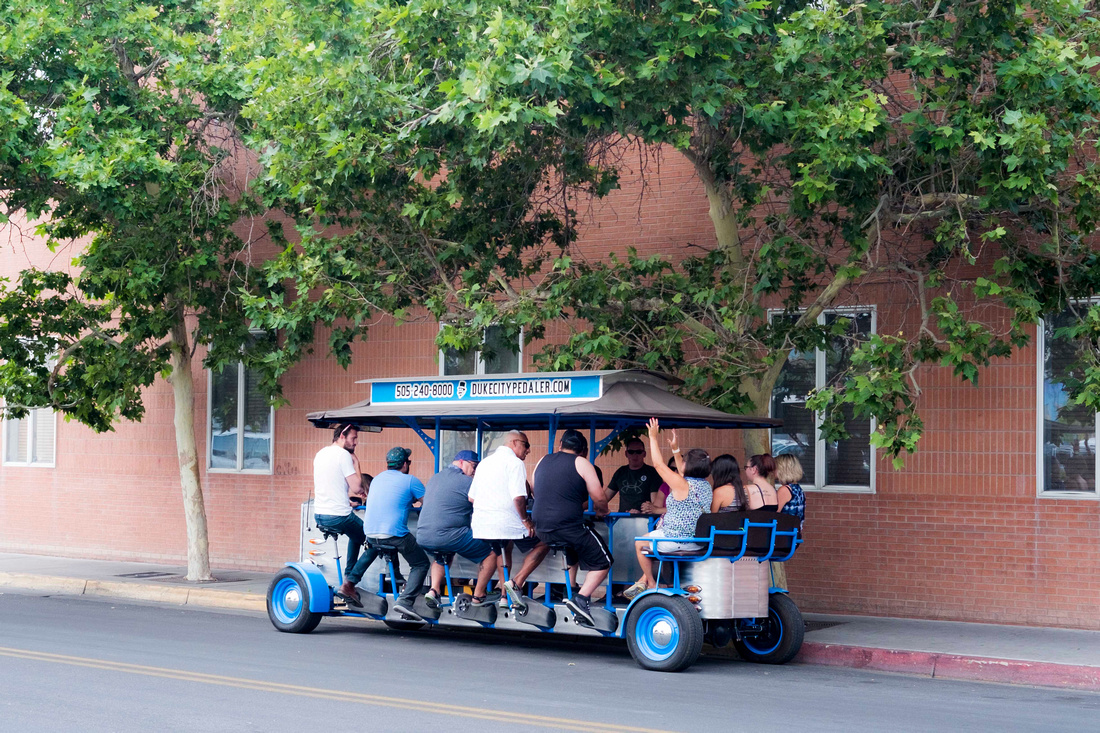 A group of Lutheran looking ladies got a bunch of old guys to peddle them around downtown. Hallelujah! 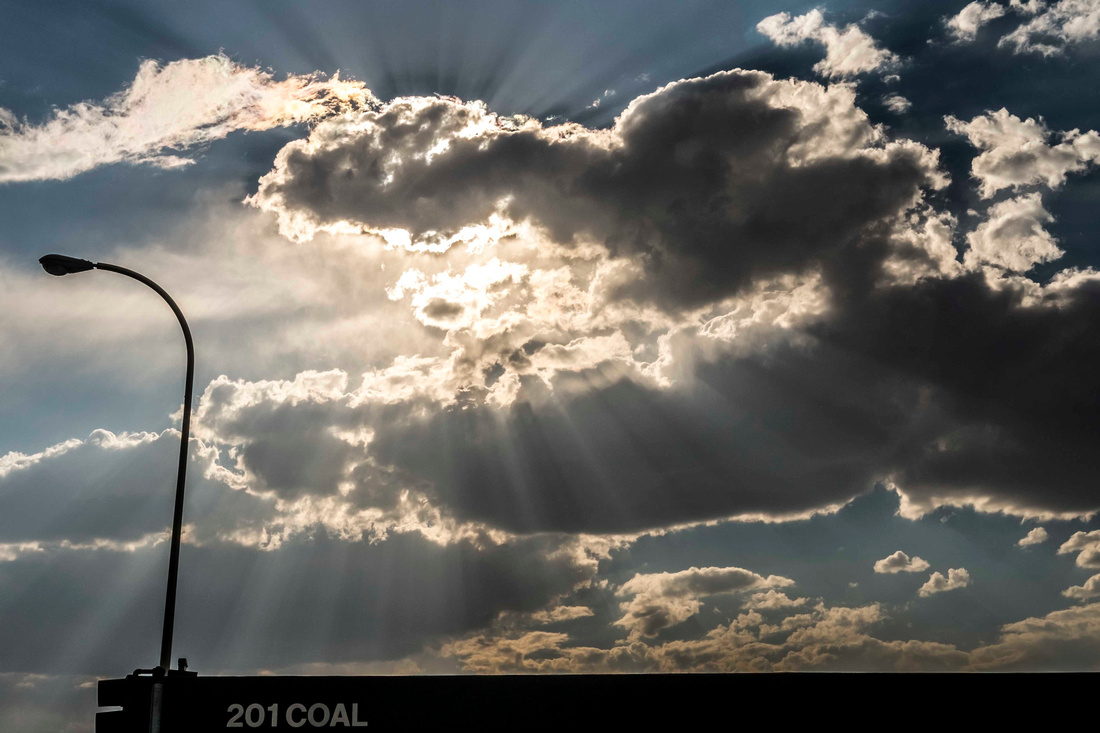 Let the light shine down

T & L Photos
Thanks, Julie!
Julie(non-registered)
No can't do 41.5! Too hot for me .. Love the last shot Tim! Stay cool ..
T & L Photos
Hi Lavinia! I would think the chef was a little on the hot side.
Lavinia Ross(non-registered)
Another interesting slice of life from downtown Albuquerque, Tim! I like the scoop out in the middle of nowhere.

It is supposed to start getting into the 90s and 100s here today. I remember working a wine festival up in Portland some years back when it was 107 degrees. I felt sorry for the chef behind the grill on the plaza. It must have been really hot back in his work zone.
T & L Photos
Thanks, Couriers!
No comments posted.
Loading...
Subscribe
RSS
Recent Posts
Last Post on Zenfolio Walk, Run, Splash, Fly A Walk in the Snow We Wish You a Merry Catmas Cranes, Train & A Full Moon on Winter Solstice I Had A Dream Shrink Wrapped Fly Away Fire & Phantasm First Snow on the 2nd
Archive
January February March April May June July August September October November December
Timothy Price
Powered by ZENFOLIO User Agreement
Cancel
Continue