Home Is Where The... 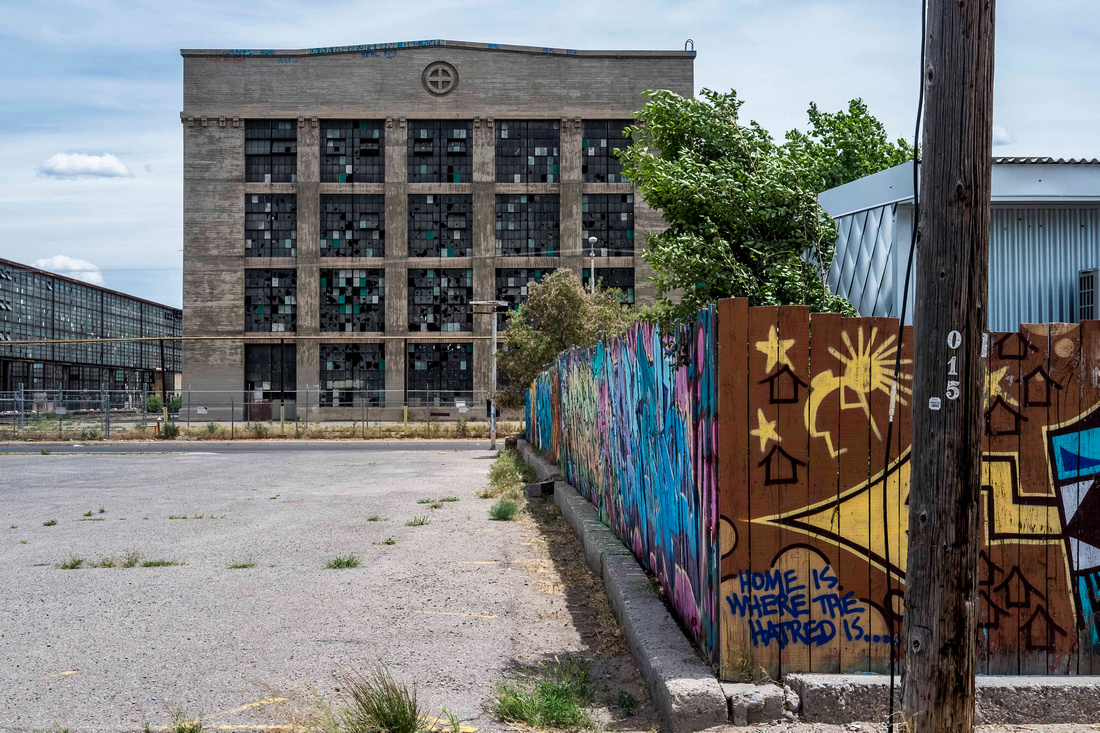 When I saw the graffiti on the lower edge of the fence a couple of things came to mind. Earlier in the month I was switching between radio stations while driving to work, and came on a morning show where a parent was talking about an after school program his kids were in that put on an opera which included a finale where wolves, who were the bad guys, killed President Trump for building a wall. The parent said that a 7 year old girl was interviewed after the opera and explained that Trump and the wolves were both bad guys, but the wolves became good guys after they killed Trump. He said the girl’s mother was proud of her daughter’s interview. When I heard the story, I thought how sad that a 7 year old would be brought up to think that it’s not only acceptable, but good to kill a person who does not hold the same political views as her mother. But sadly, that is the state of many households in American today, and home is where the hatred is.

I also thought about our dancing days in the late 1980’s and early 1990’s when we often had dance practice sessions and dance parties where Spanish speakers from all over the world, Italians, Brazilians, and Japanese and people from the Middle East and Africa would show up. There were artists, dancers, students, musicians, professionals, laborers, and educators all with varying political, sexual and religious affiliations and orientations.  We came together to dance and listen to music, but we discussed politics, religion, race and sexual preferences along with music and dance, and everyone managed to be civil and everyone got along.

Our daughter, Tristan, grew up in an environment full of people from different cultures, with different skin colors, who spoke different languages, and held a wide range of views on life, politics, religion and morality that were as different from one another as their languages and skin colors, and very different from ours, as well. I don’t believe Tristan could have comprehended the thought of killing a person whose political views were not the same as ours. But sadly those days are gone, and the words spray painted on the bottom of that fence are a terrible reminder of the world in which we live. Maybe someday when people can lay their hating aside, and begin to tolerate one another, someone will paint over it.

T & L Photos
Hi Janna! Unfortunately there are a lot of people who want to kill everyone who doesn't agree with them.
Findingmedaily43(non-registered)
I agree - it's frightening that our young would be encouraged to hold such thoughts. People disagree, that's just part of life. Imagine if we killed everyone who disagreed with us? Scary.
T & L Photos
Thanks, Christine!
T & L Photos
Thanks, Lavinia!
Christine Robinson(non-registered)
Well said, Tim!
No comments posted.
Loading...
Subscribe
RSS
Recent Posts
Last Post on Zenfolio Walk, Run, Splash, Fly A Walk in the Snow We Wish You a Merry Catmas Cranes, Train & A Full Moon on Winter Solstice I Had A Dream Shrink Wrapped Fly Away Fire & Phantasm First Snow on the 2nd
Archive
January February March April May June July August September October November December
Timothy Price
Powered by ZENFOLIO User Agreement
Cancel
Continue