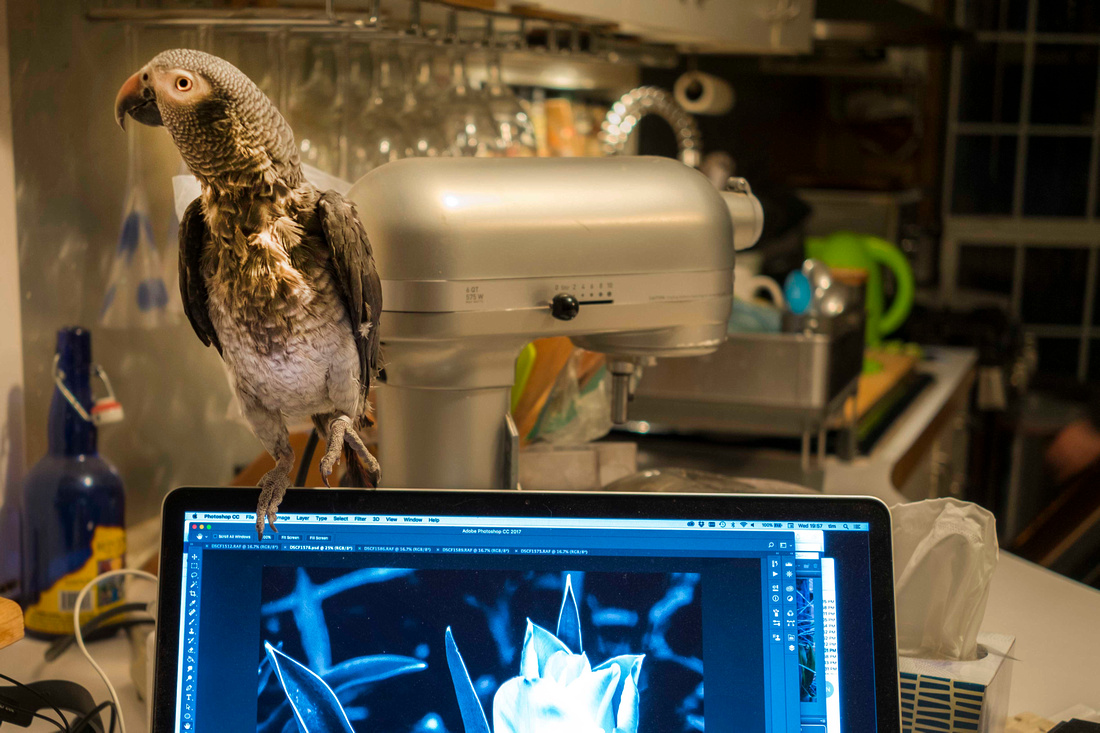 Søren decided to come and and be social. Originally he wanted to sit on my shoulder, but the shirt I was wearing was too slick for him to keep a good hold on, so he decided my Macbook Pro's monitor was a good place to stand while I worked on photos. He happily groomed himself at first, but left his chest feathers messy when he settled down enough to pay attention and pose for the camera, but he didn't want to hold still. Spunk was in good kitty form trying to show Søren how to pose. 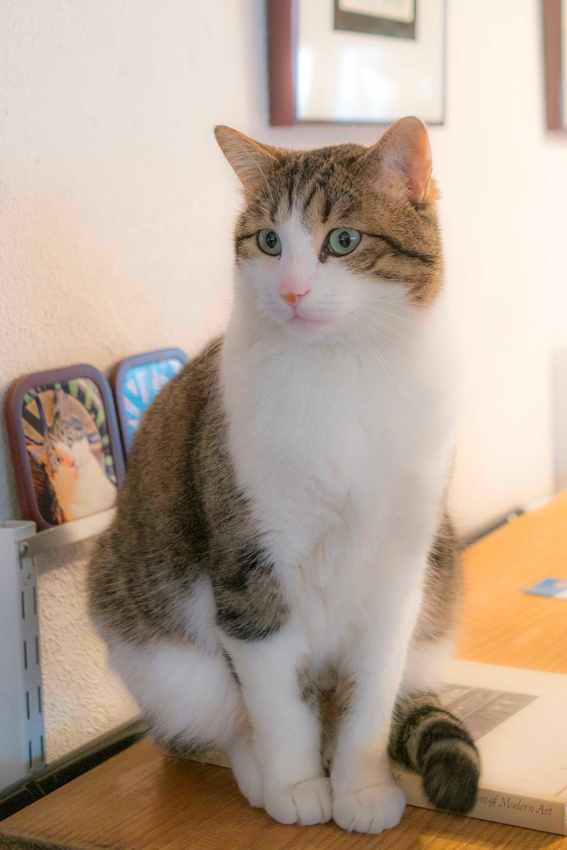 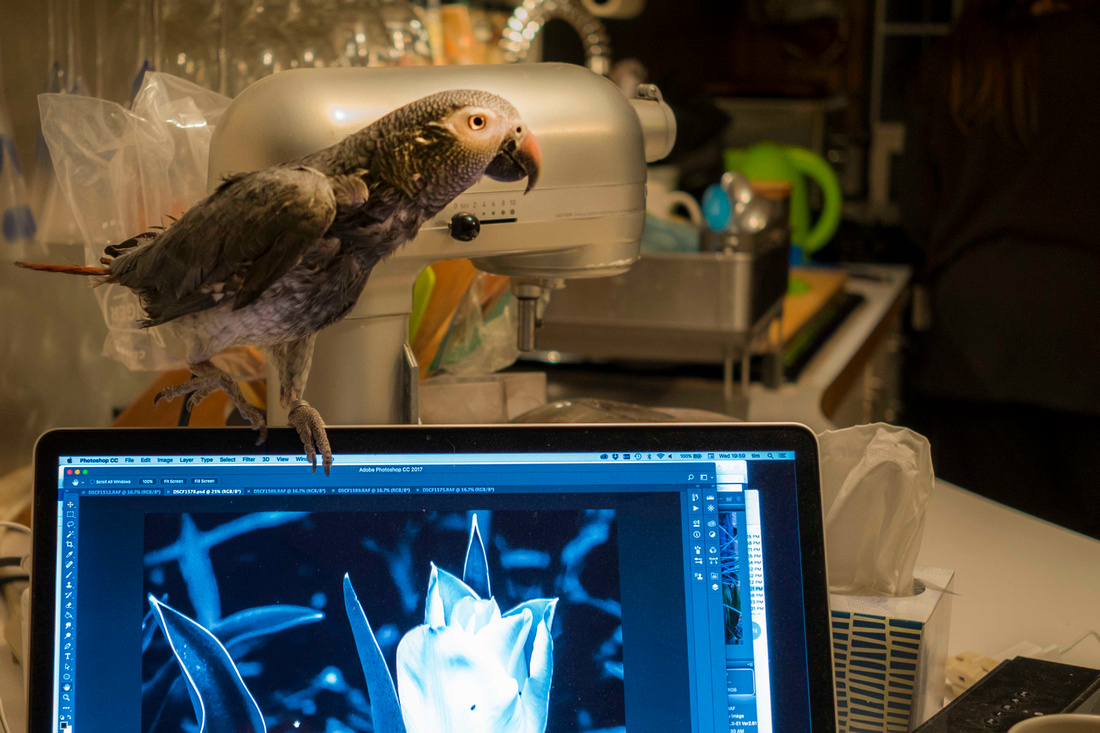 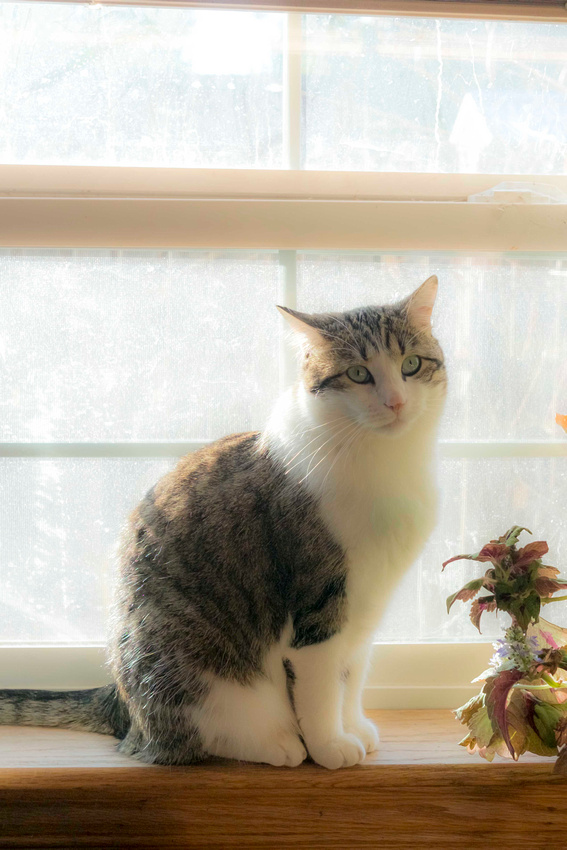 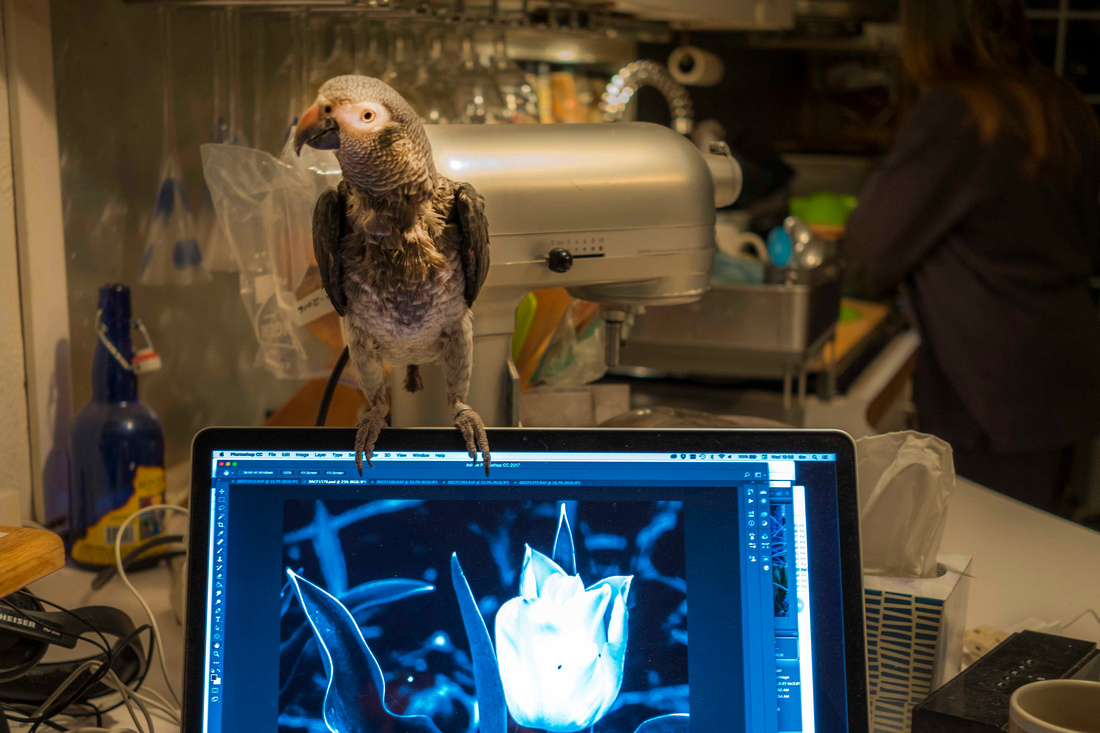 T & L Photos
Thanks, Julie! I couldn't help but watch Søren.
Julie(non-registered)
Wonderful .. Spunk looks so content! Were you watching Soren? :)
T & L Photos
Hi Teagan. We would like Søren to hang out with us a lot more, but he's usually quite reluctant. Spunk is good at teaching all the other critters things. Especially all his bad habits.
T & L Photos
Thanks, Bruce. You nailed that one.
T & L Photos
Hi Couriers. The Macbook Pro is perfect for a Søren because he's right there facing and interacting with me while I work on stuff.
No comments posted.
Loading...
Subscribe
RSS
Recent Posts
Last Post on Zenfolio Walk, Run, Splash, Fly A Walk in the Snow We Wish You a Merry Catmas Cranes, Train & A Full Moon on Winter Solstice I Had A Dream Shrink Wrapped Fly Away Fire & Phantasm First Snow on the 2nd
Archive
January February March April May June July August September October November December
Timothy Price
Powered by ZENFOLIO User Agreement
Cancel
Continue