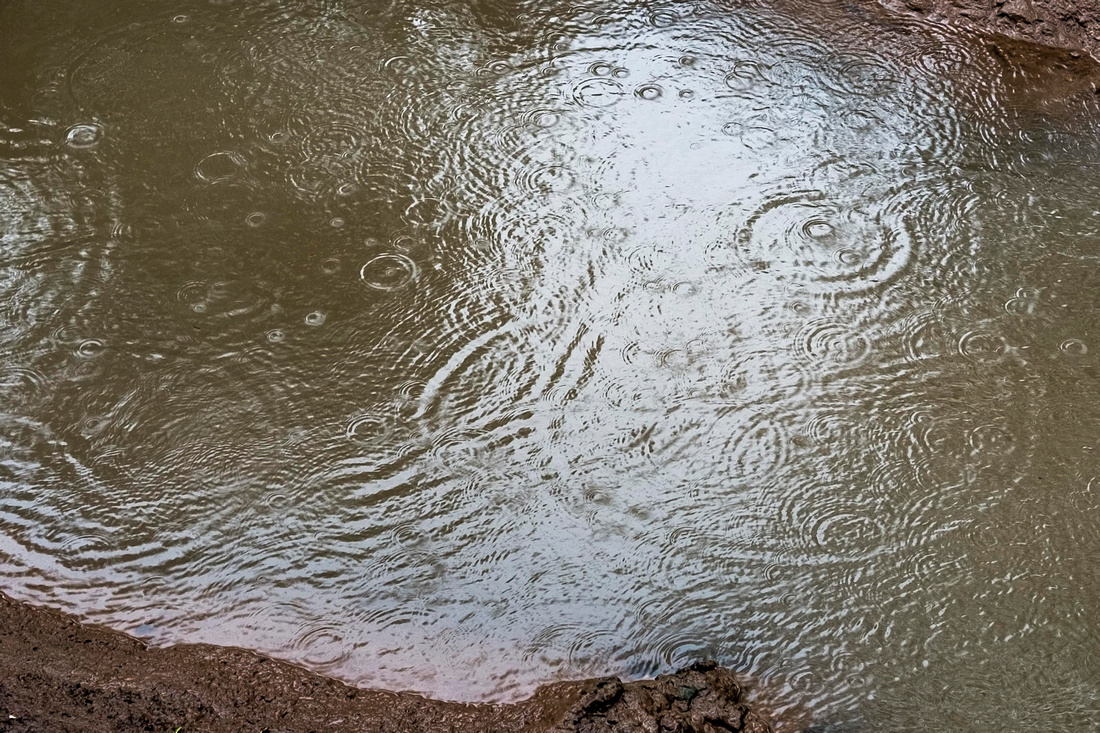 Rain fell hard against the threatening darkness, making craters in the water as we walked to the river. An iron knot somehow sprang from the ground, mysteriously uncovered, as I had walked by the place where it came out of the bosque floor hundreds of times and not seen it. How that one inch iron cable got tied into such a tight knot is a brain twister — no mortal man or woman could have bent that cable into such a tight knot bare handed. Perhaps La Llorona has been tying knots to pass the time.

The Rio Grande runs higher and higher. The Sandias were almost whited out by clouds, mist and falling rain. The only critters out in the cold rain at dusk were me, Laurie, a few ducks, and a pterodactyl that flew by almost invisible against the gray sky. I stood on the edge of the river, wearing a silly hat, rushing water lapping at my boots, as I pointed out monsters across the waters with clouds coming off my fingertips. One monster laid just under the water's surface, obscured by a broken tamarisk that stood on my right.  The mist started to clear off the foot hills before we walked back to the edge of the bosque. Laurie watched a little squirrely whirly fly over the treetops, and one last gasp of light peeked under the clouds before darkness consumed us. 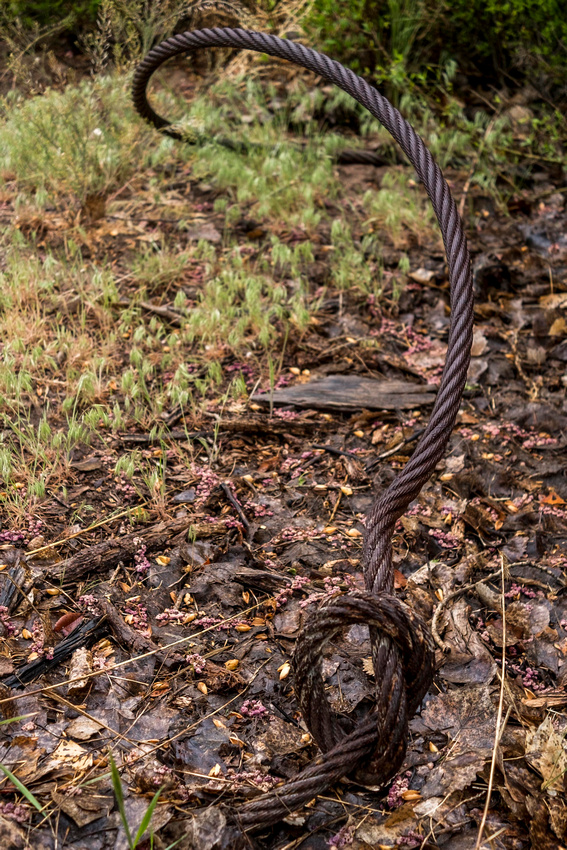 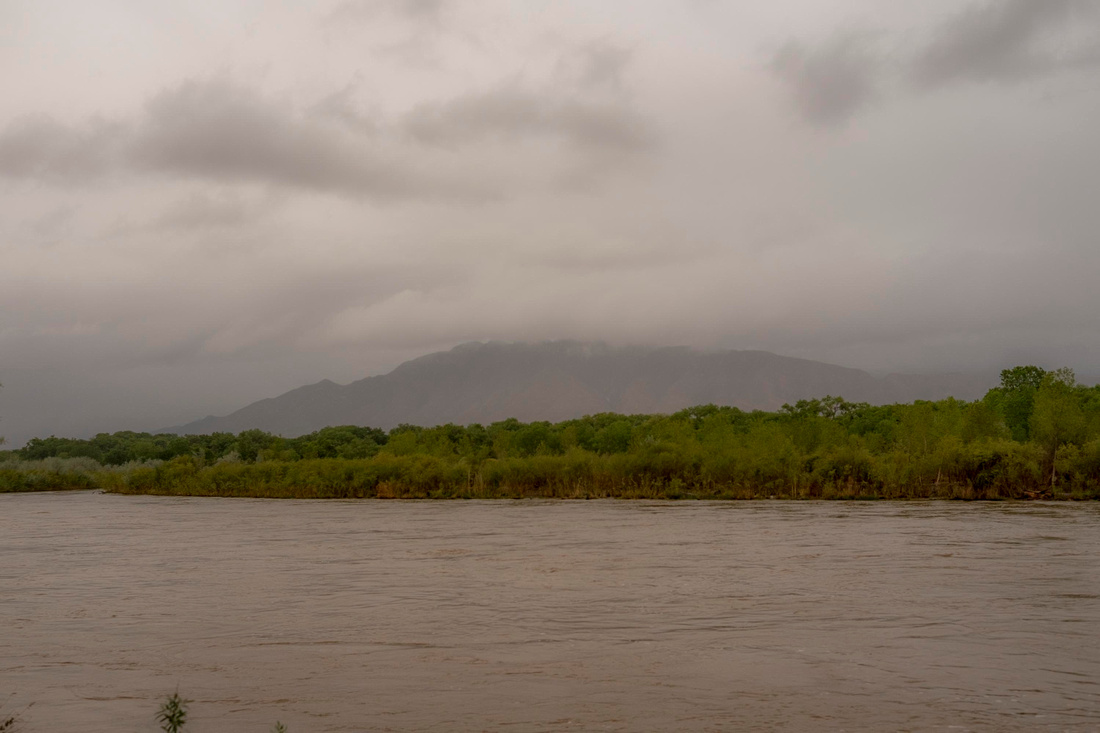 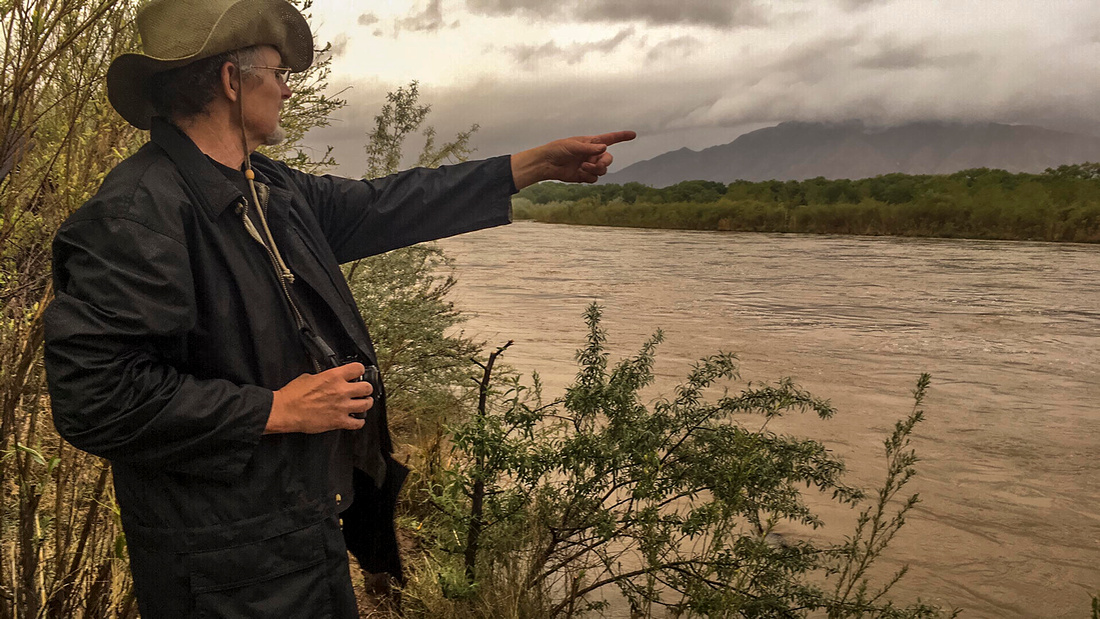 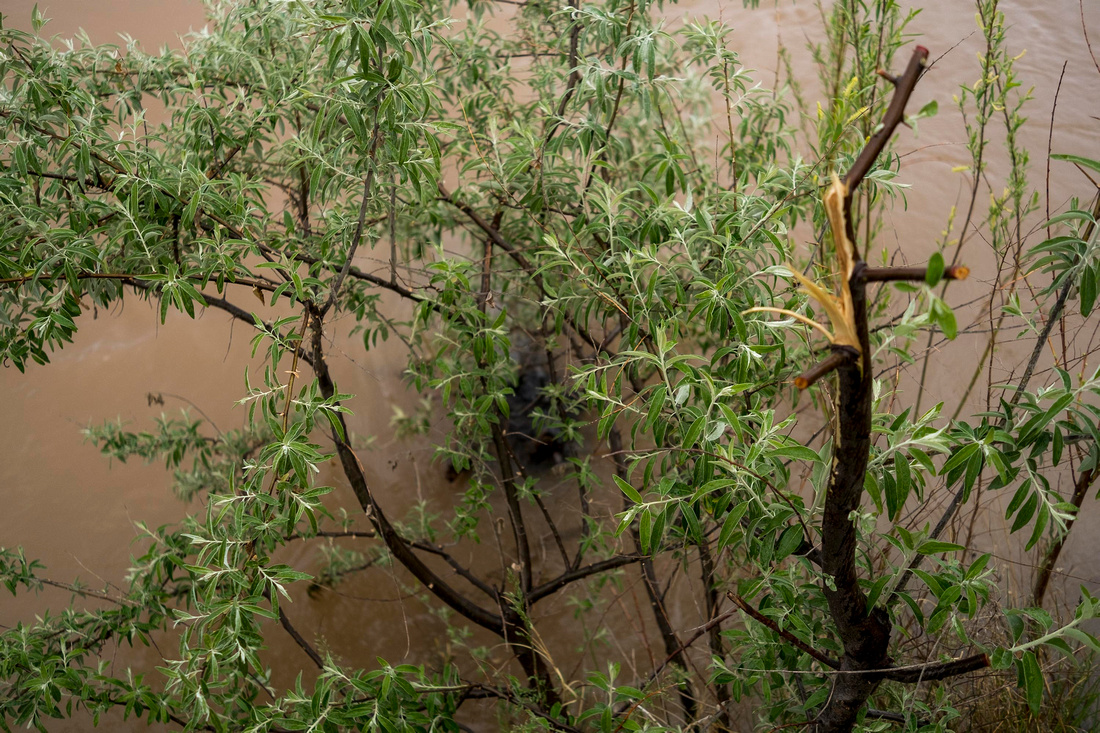 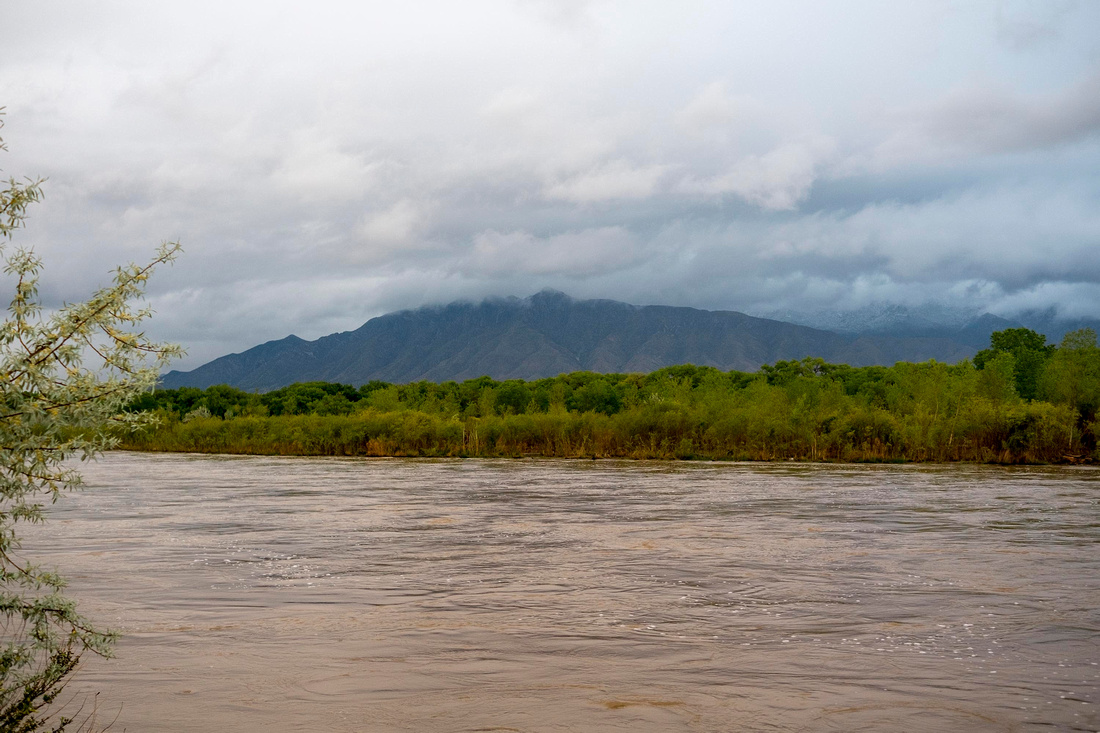 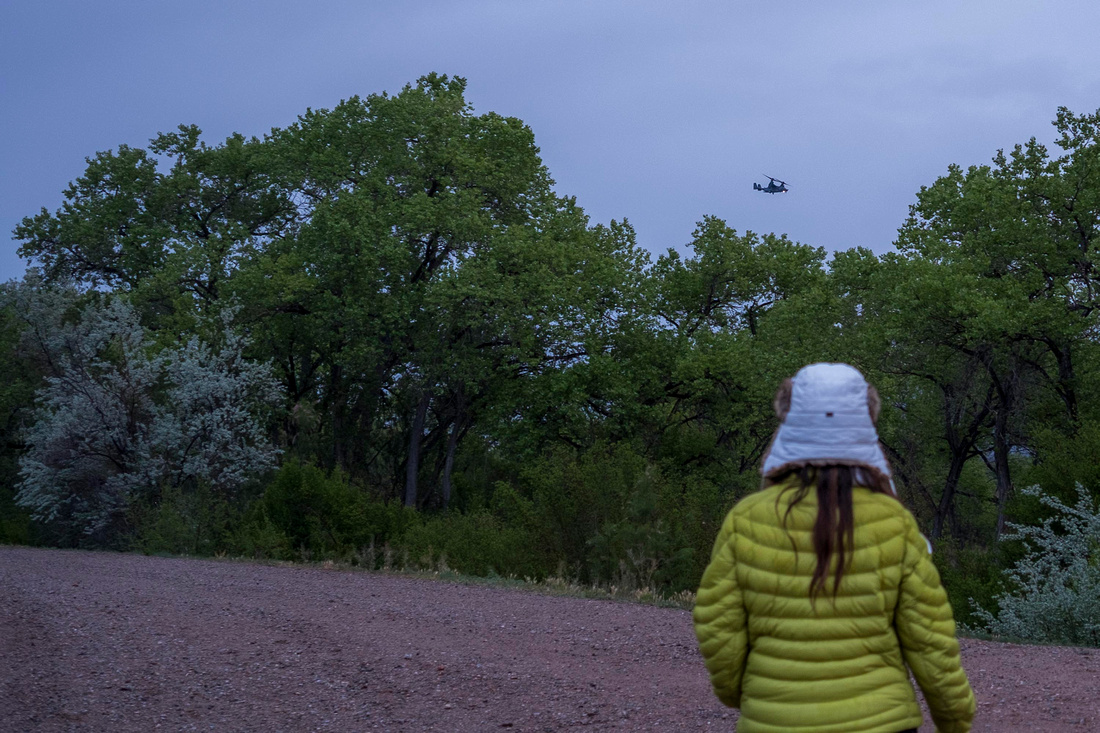 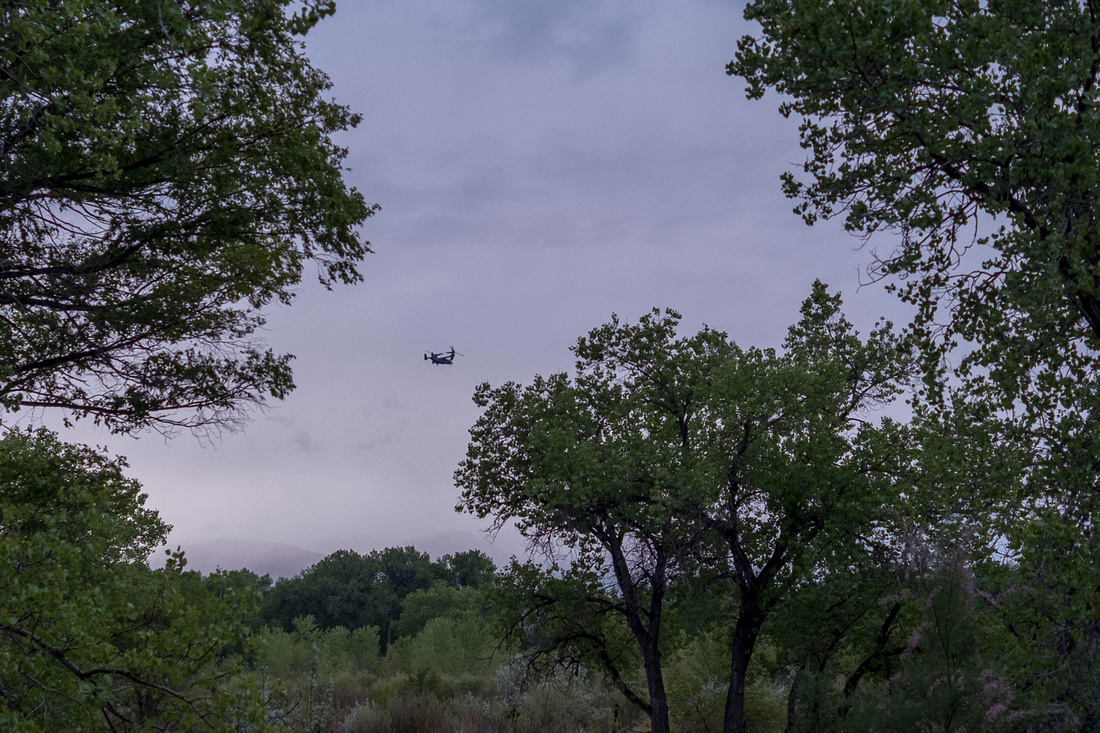 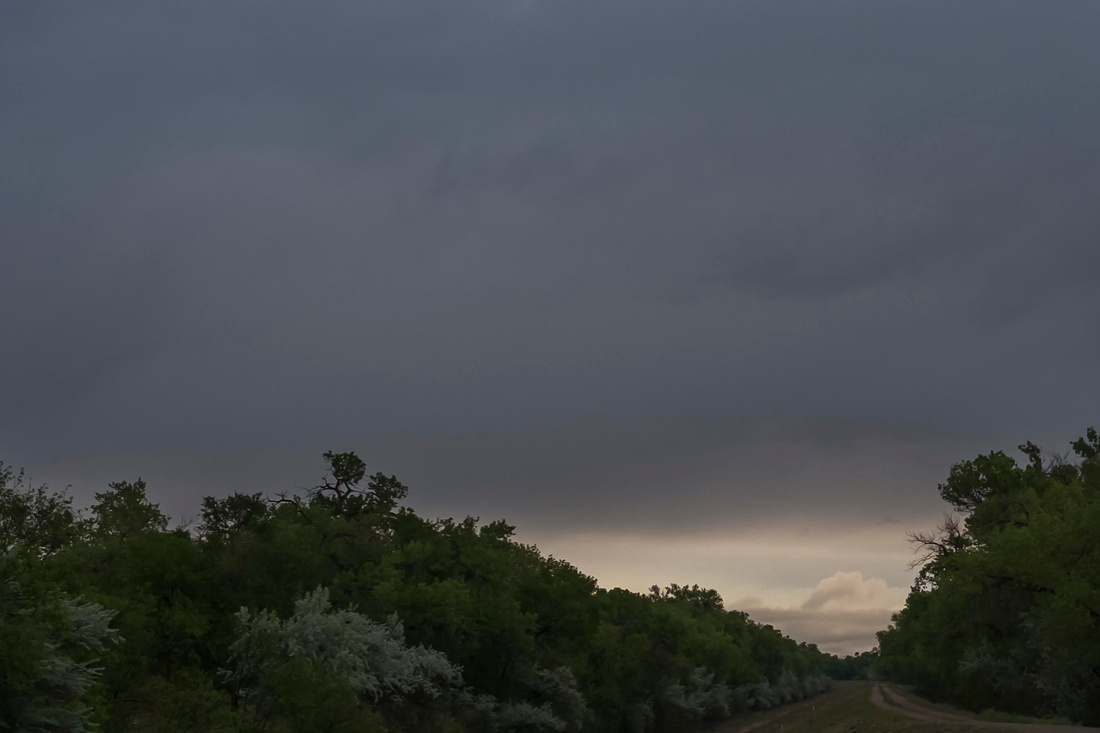 T & L Photos
Thanks, Julie! How the knot got there is the question and a mystery.
Julie(non-registered)
It sure does look like you have had a lot of rain .. how on earth did that knot end up there? :)
T & L Photos
Thanks, Lavinia! It's still cold and wet.
T & L Photos
Thanks, Susan! It's 40ºF down here, with light rain and the mountains are not visible.
Lavinia Ross(non-registered)
The photos are interesting and beautiful as always, and I enjoyed the commentary. Interesting comment from Teagan on the helicopters in her area. I can't imagine coming up over the top of a hill and coming nose to nose with one, so close as to see the pilot's face!