Foaming at the Chase 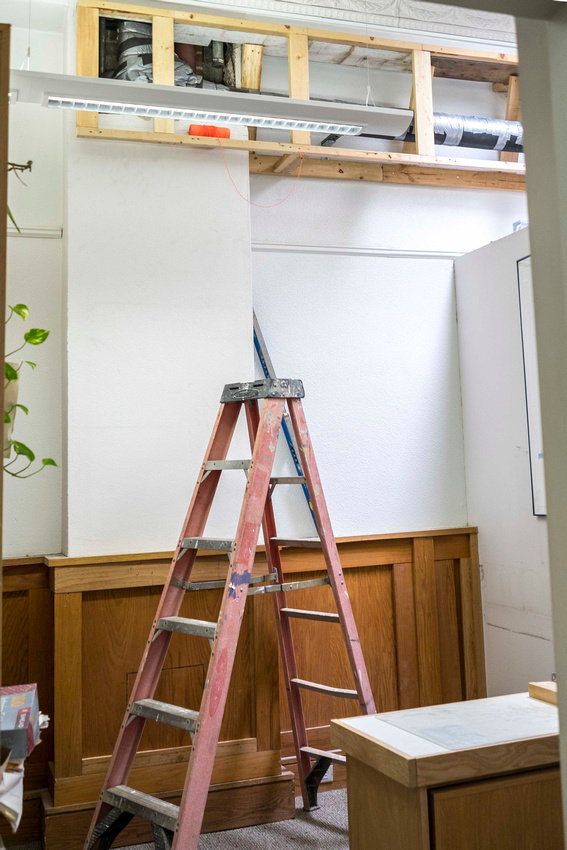 Chase behind the ladder with framing for a new chase to cover the new sewer pipe near the ceiling.

The Dictionary of Construction defines an architectural chase as "a continuous enclosure in a structure that acts as a housing for pipe, wiring conduits, ducts, etc. A chase is usually located in or adjacent to a column, which provides some physical protection."  The chase in this office is used to cover an iron support column, water pipes, sewer pipes, and electrical conduit between the second story and the ground floor. Since we bypassed 75 feet of sewer line from the top of the chase to the library where we installed a double clean out and installed a new sewer line to the south end of the building, we had the sewer pipes in the chase removed, and capped. To seal the porous brick wall exposed inside the chase, we had the chase filled with foam as an alternative to opening the chase from floor to ceiling and plastering the wall behind the pipes. The foam will make a much better seal than plaster would have, because it expands behind the pipes, conduit and support, and completely fills all the spaces between the bricks. 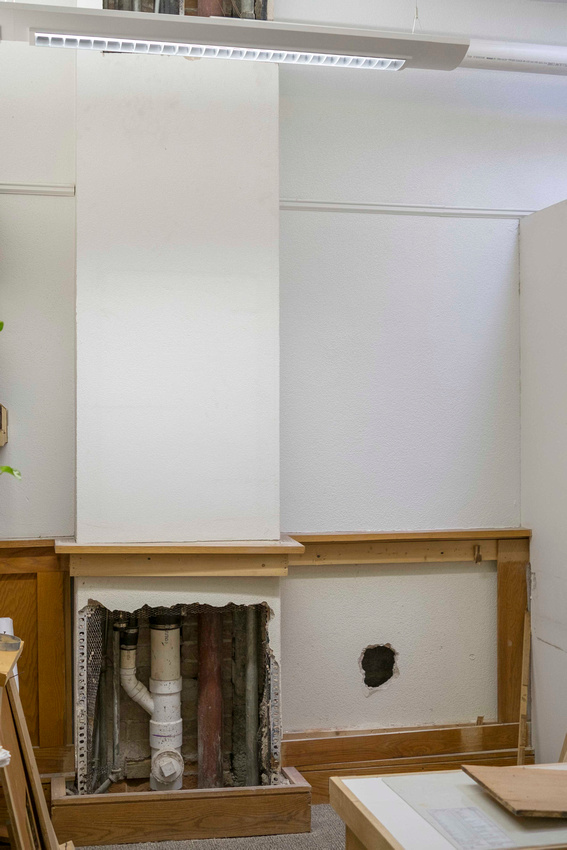 Pipes, wiring conduit, and an iron support column inside the chase. 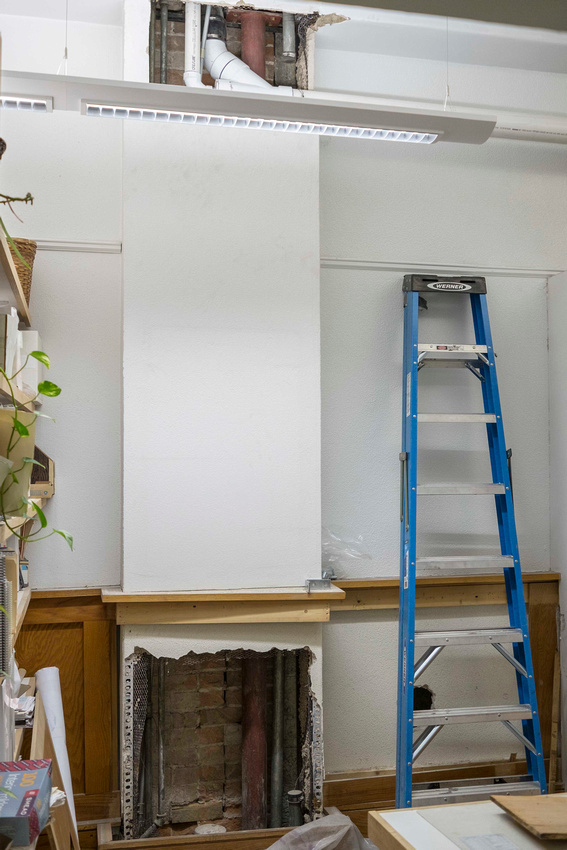 Chase with sewer pipes removed exposing porous brick in the wall behind. 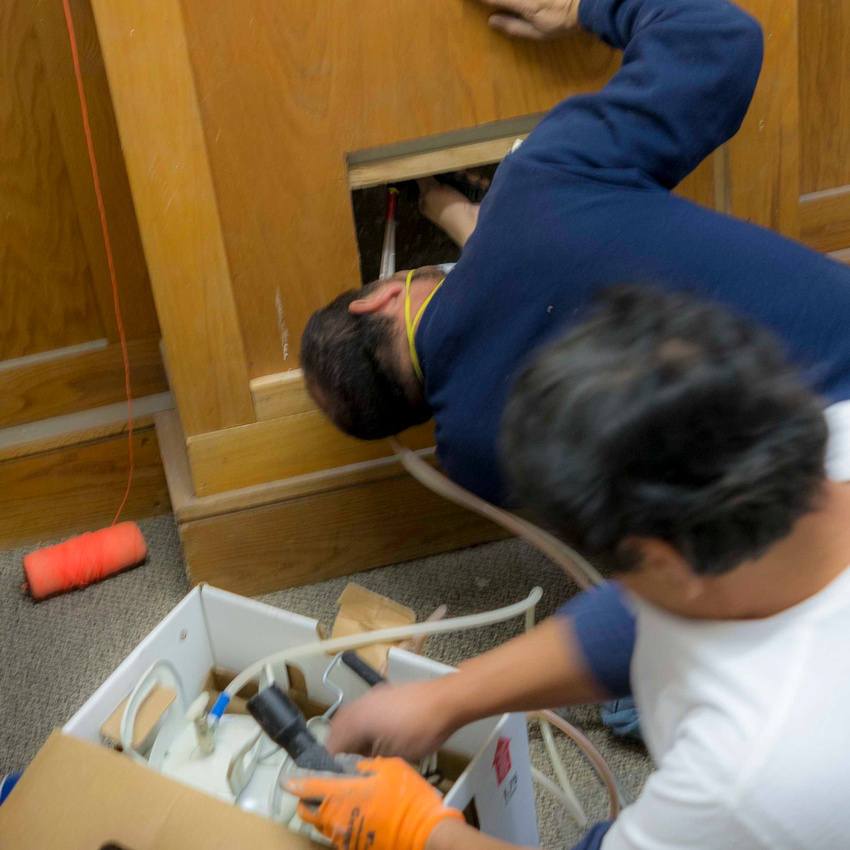 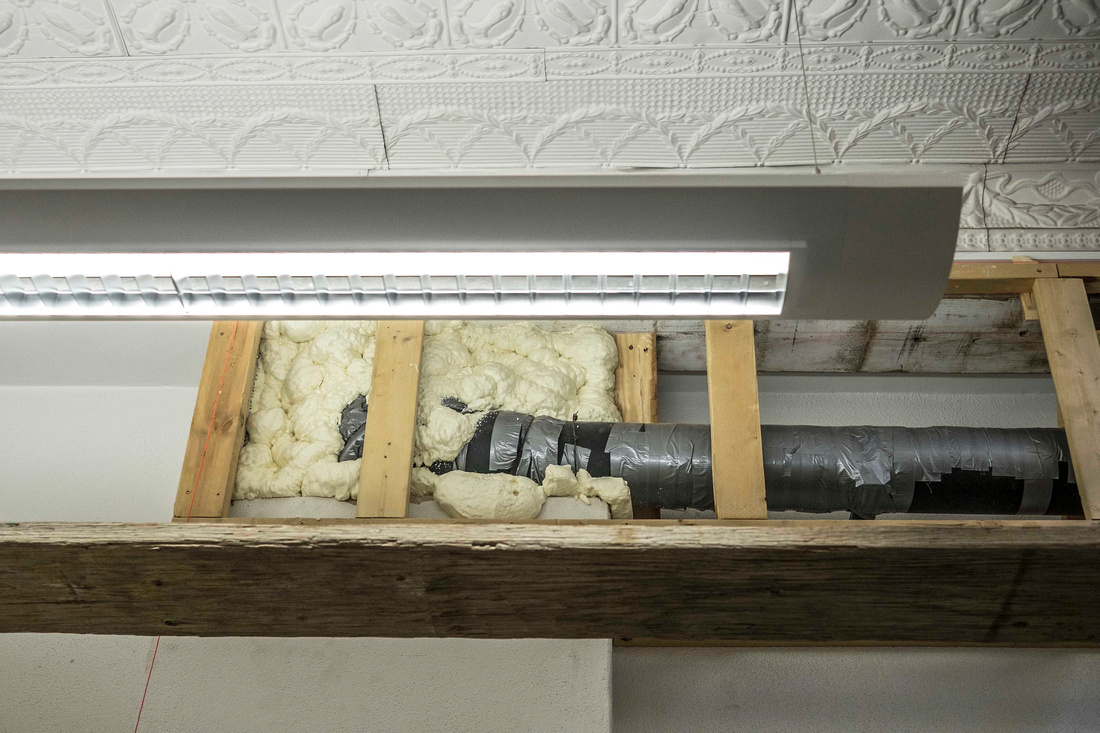 Foam coming out of the top of the chase

T & L Photos
Thanks, Julie! I think we finally got the smell taken care of.
Julie(non-registered)
Those pipes are sure getting around! What a big job ... bet you are going to be pleased when it's over!
T & L Photos
Hi David. The chase at the ceiling is often called a soffit, so some people might refer to any chase as a soffit. Other than that I guess they could be called all kinds of things depending on country and region.
David(non-registered)
I misread the title in the beginning as "Foaming After The Chase", wondering who was foaming and who was chasing. I've heard a chase called something else, but can't think of the other term. I do hope your sewer problems have been solved and no more making holes in the wall and floor.
T & L Photos
Hi Lavinia! It would probably make an interesting short run series.
No comments posted.
Loading...
Subscribe
RSS
Recent Posts
Last Post on Zenfolio Walk, Run, Splash, Fly A Walk in the Snow We Wish You a Merry Catmas Cranes, Train & A Full Moon on Winter Solstice I Had A Dream Shrink Wrapped Fly Away Fire & Phantasm First Snow on the 2nd
Archive
January February March April May June July August September October November December
Timothy Price
Powered by ZENFOLIO User Agreement
Cancel
Continue