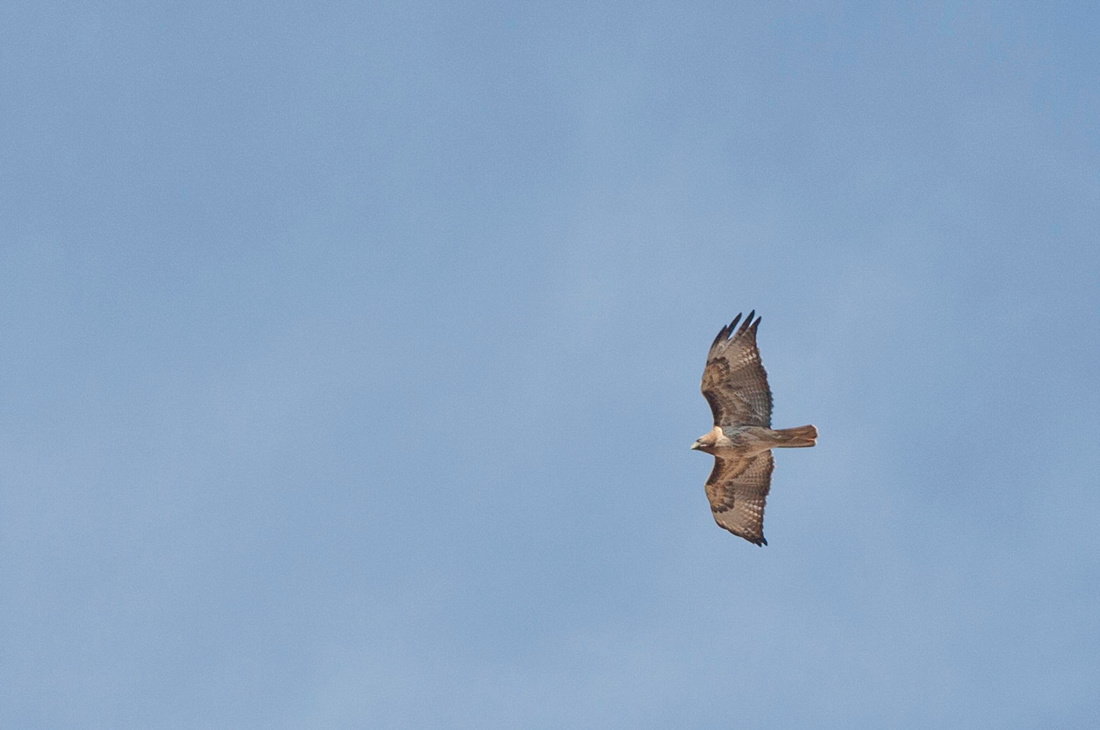 I was standing in a clearing in the bosque photographing a Red-tailed Hawk circling over head, when a flock of cranes flew under the hawk. The Hawk circled fairly close to the cranes and then flew south. Surprisingly, a group of cranes made an about face and started following the hawk. The hawk gained altitude and disappeared behind the cottonwoods with the peloton of cranes not far behind. I could not see what eventually happened with the chase — the bosque canopy blocked my view to the south — but I presume the hawk and cranes eventually went their separate ways without any physical altercation. 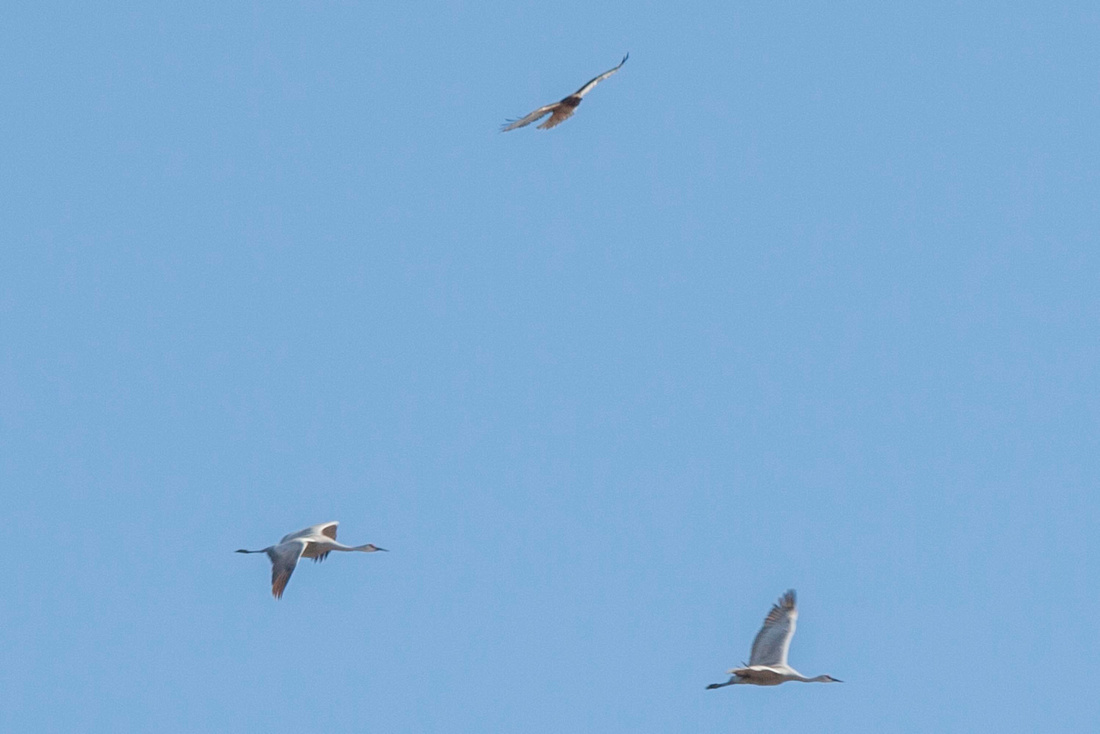 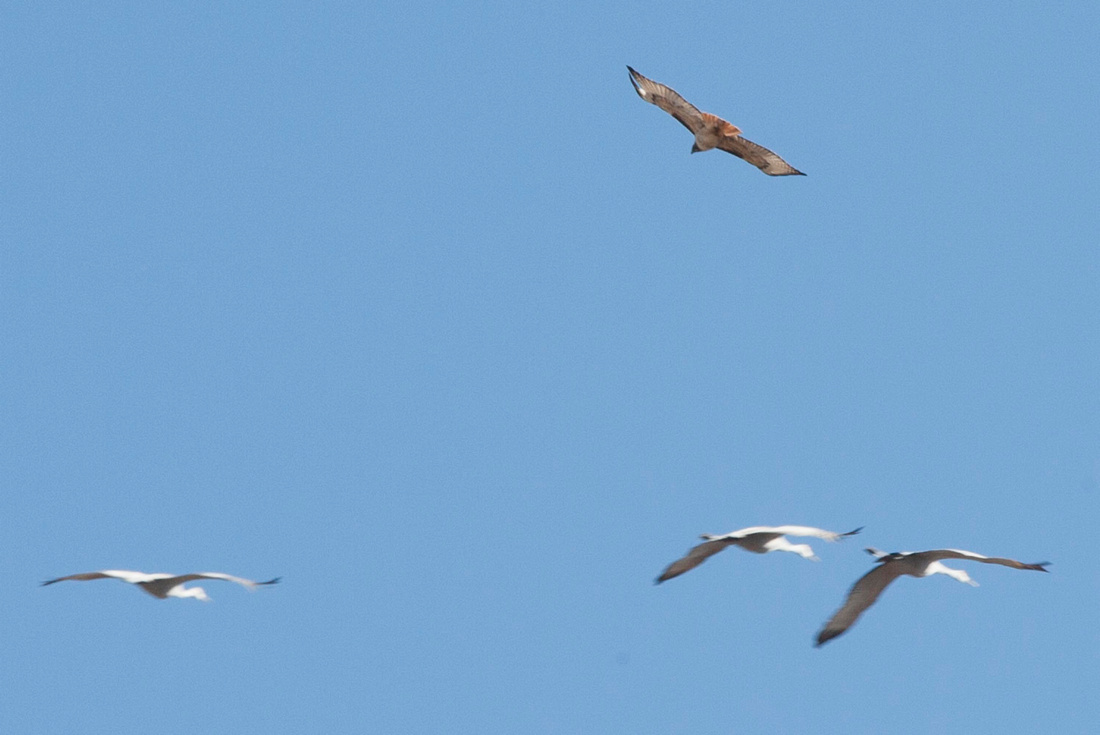 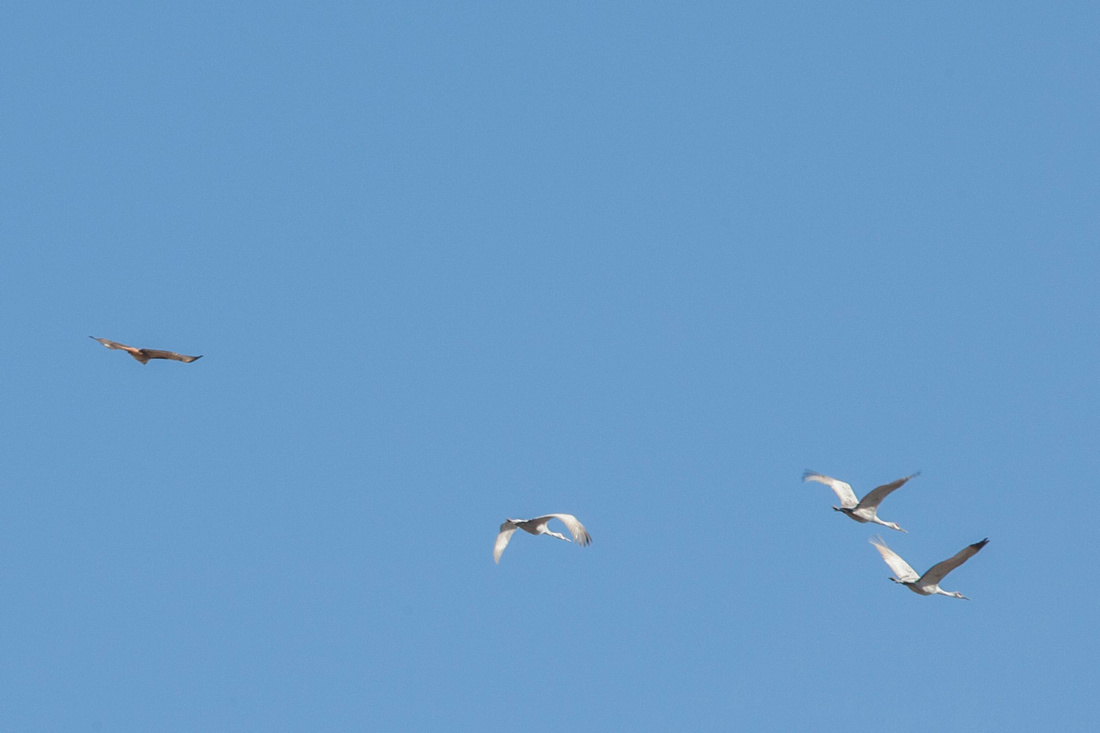 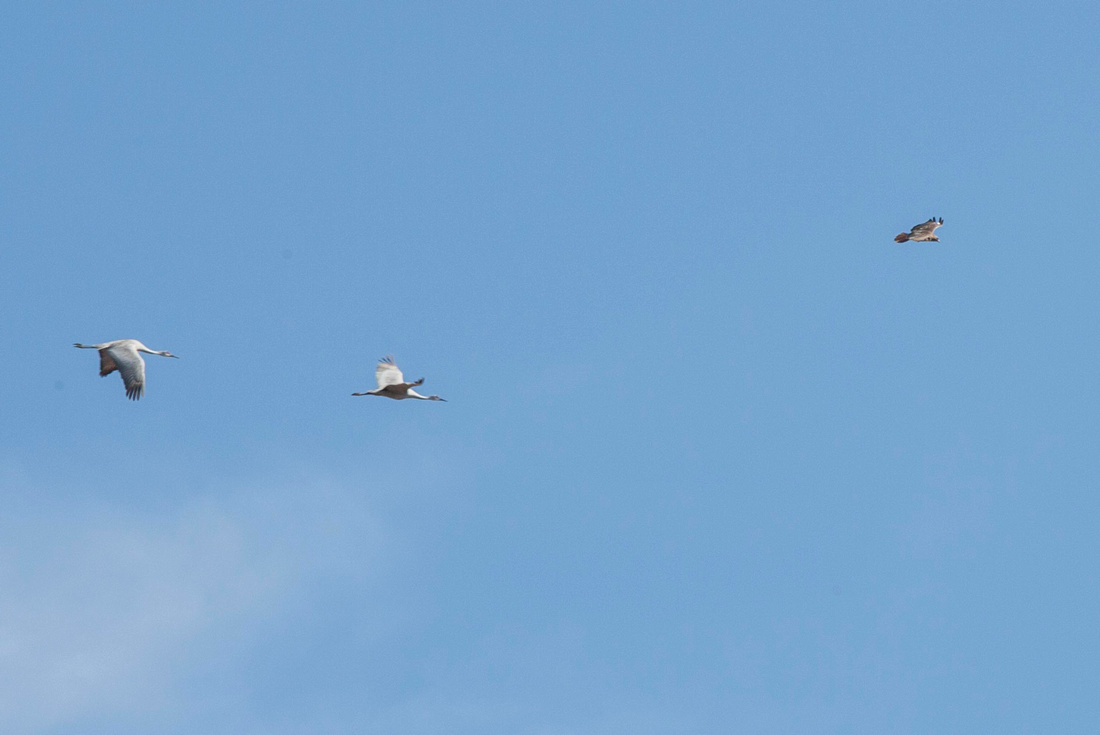 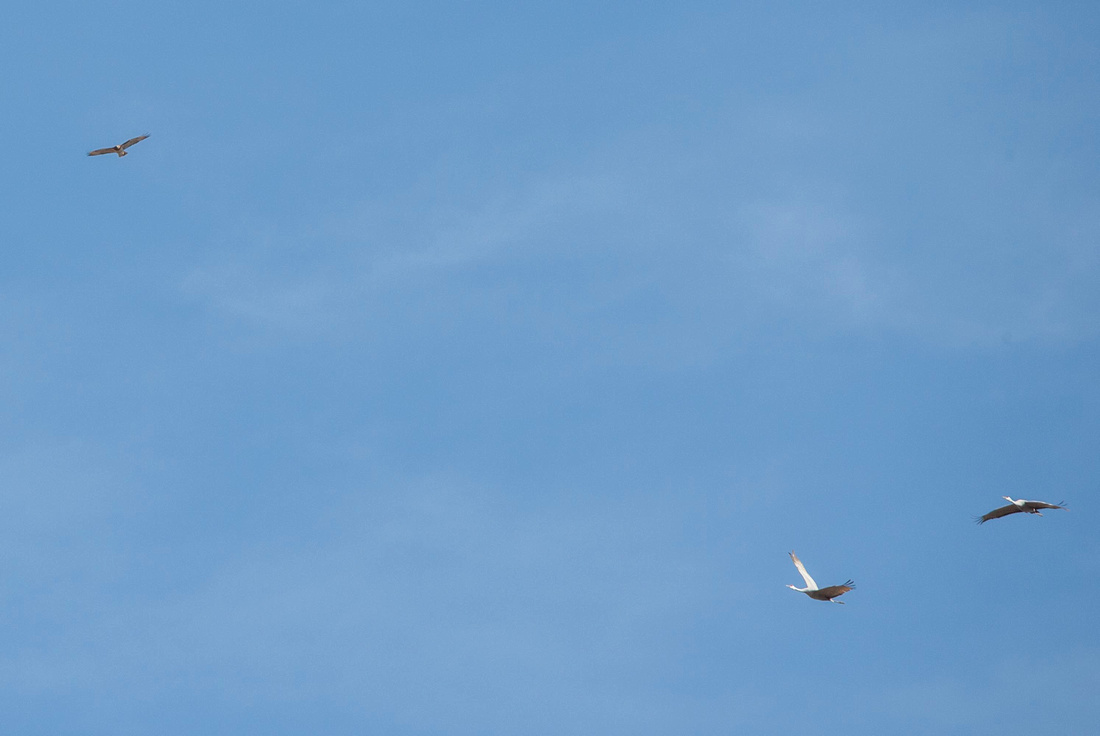 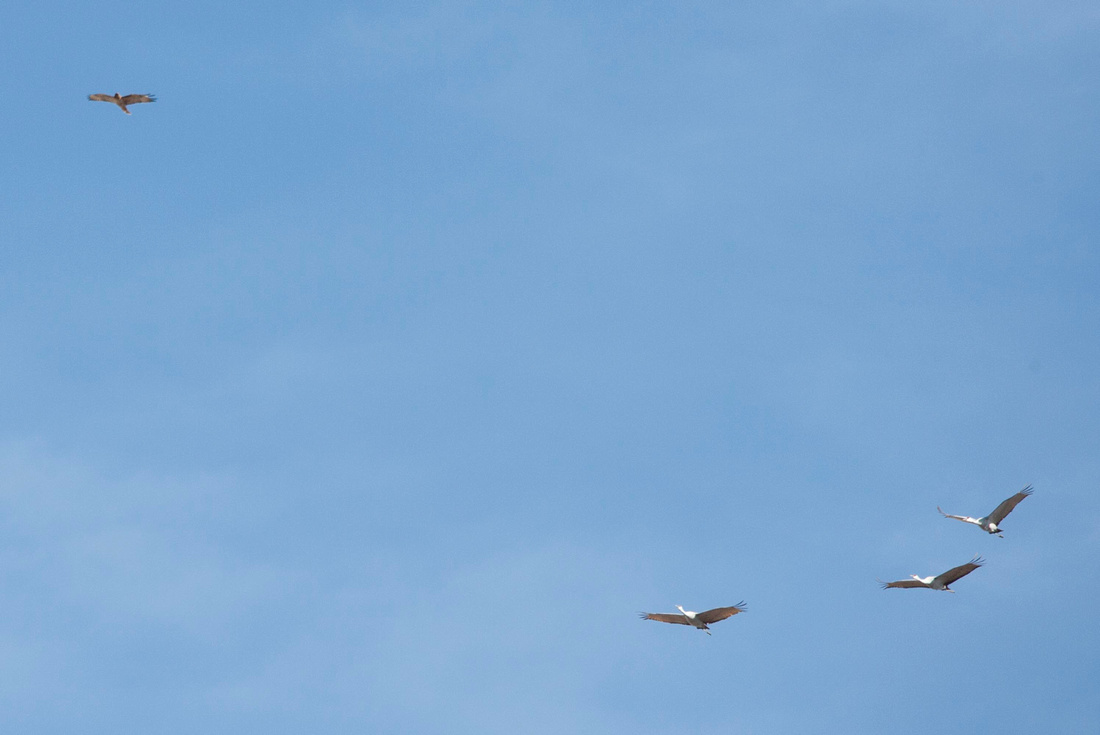 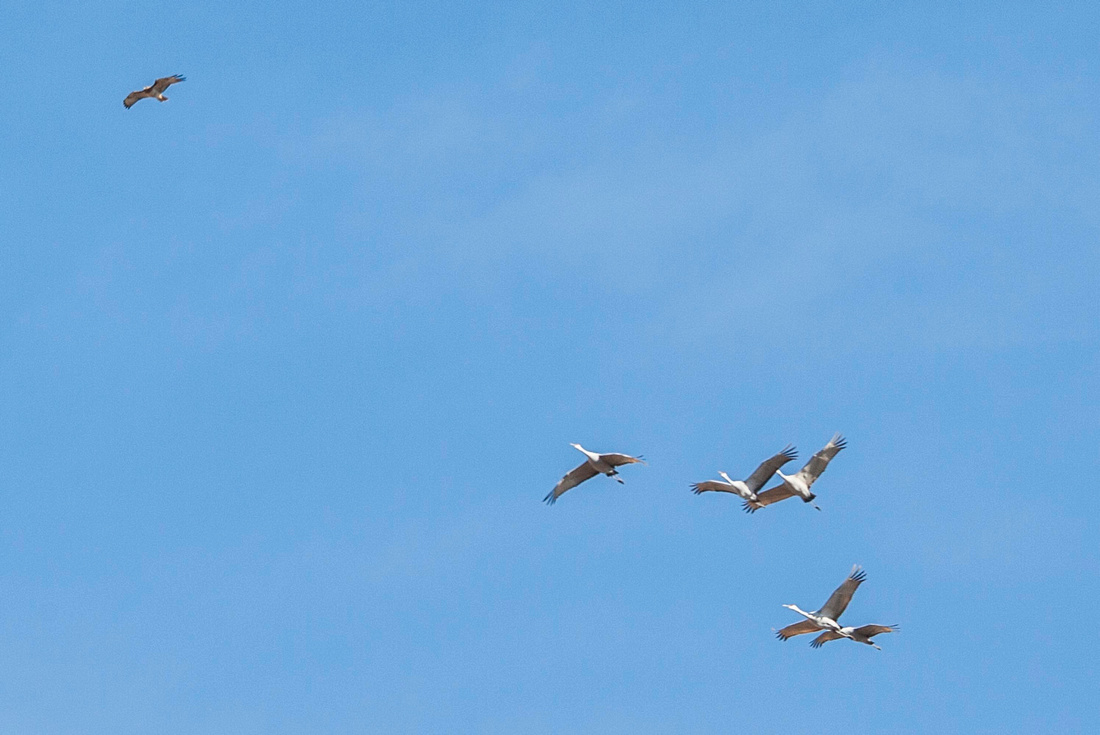 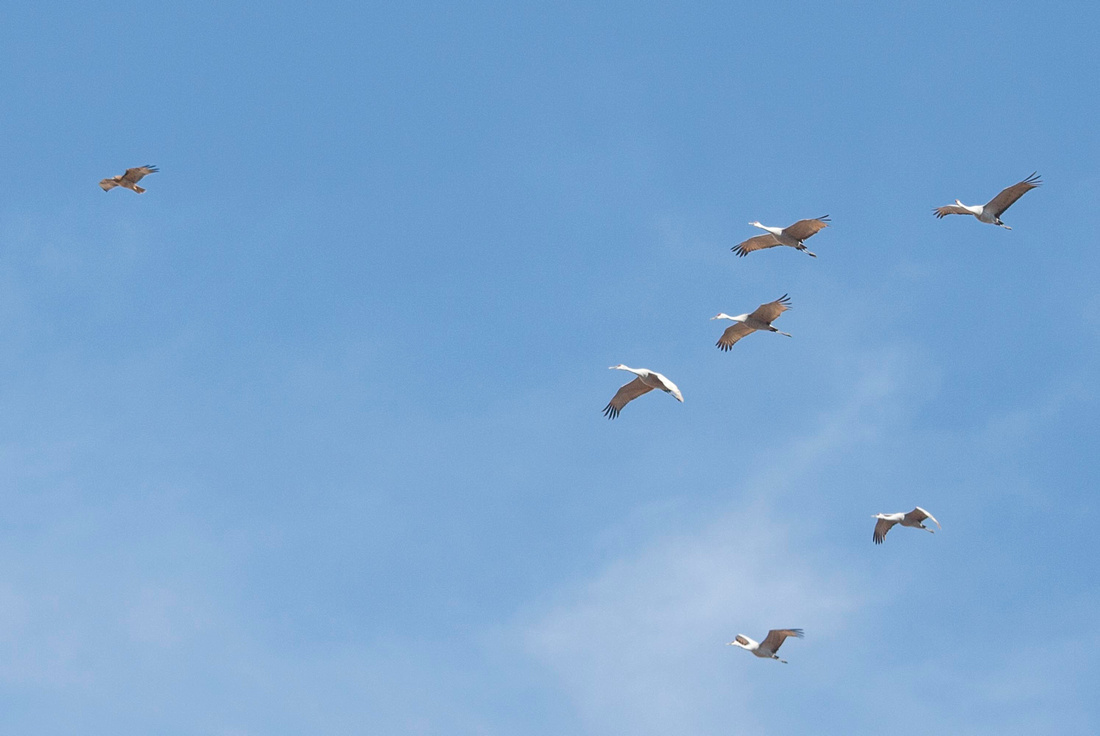 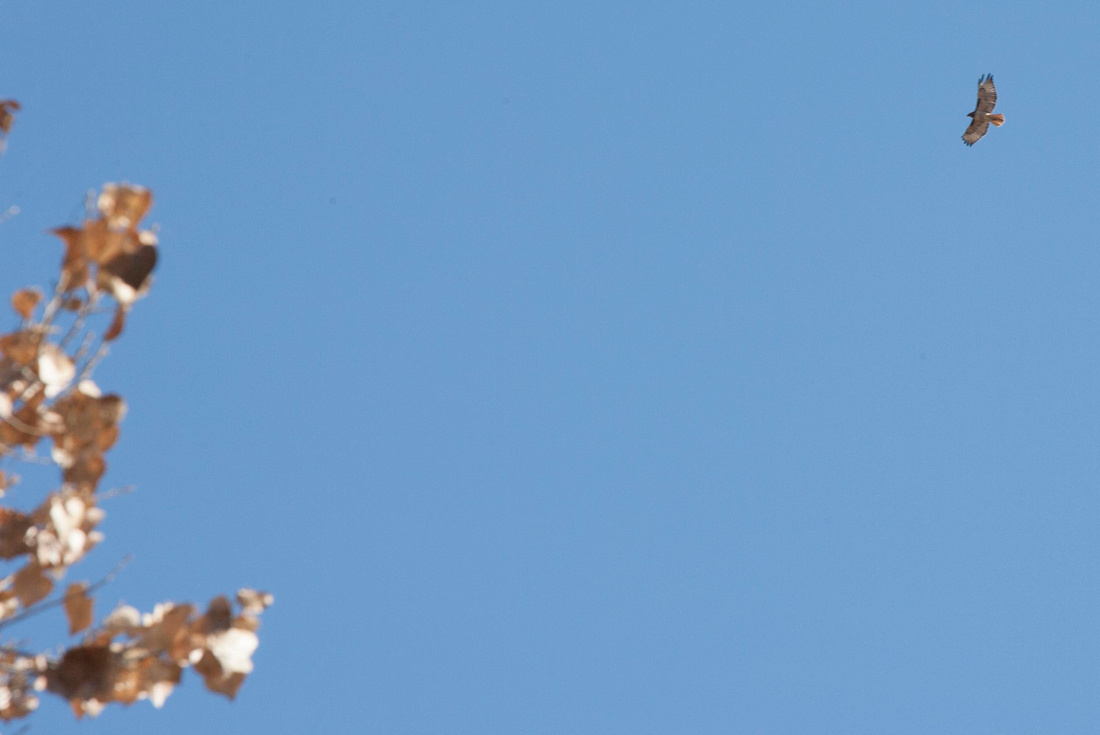 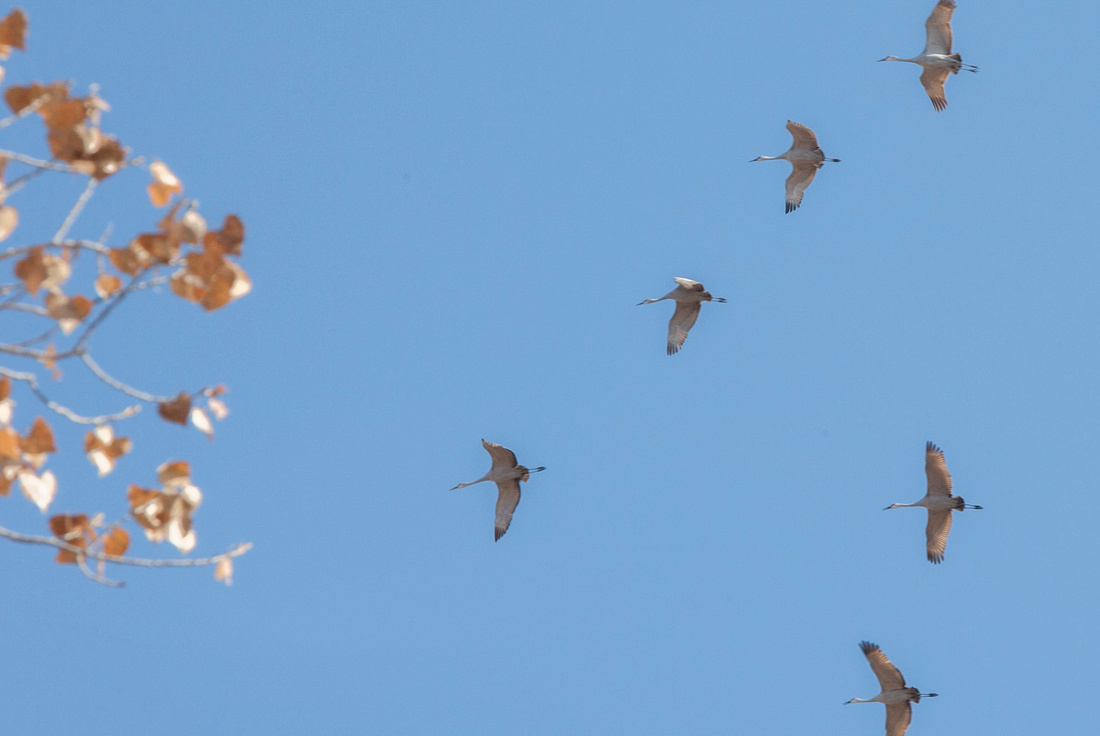