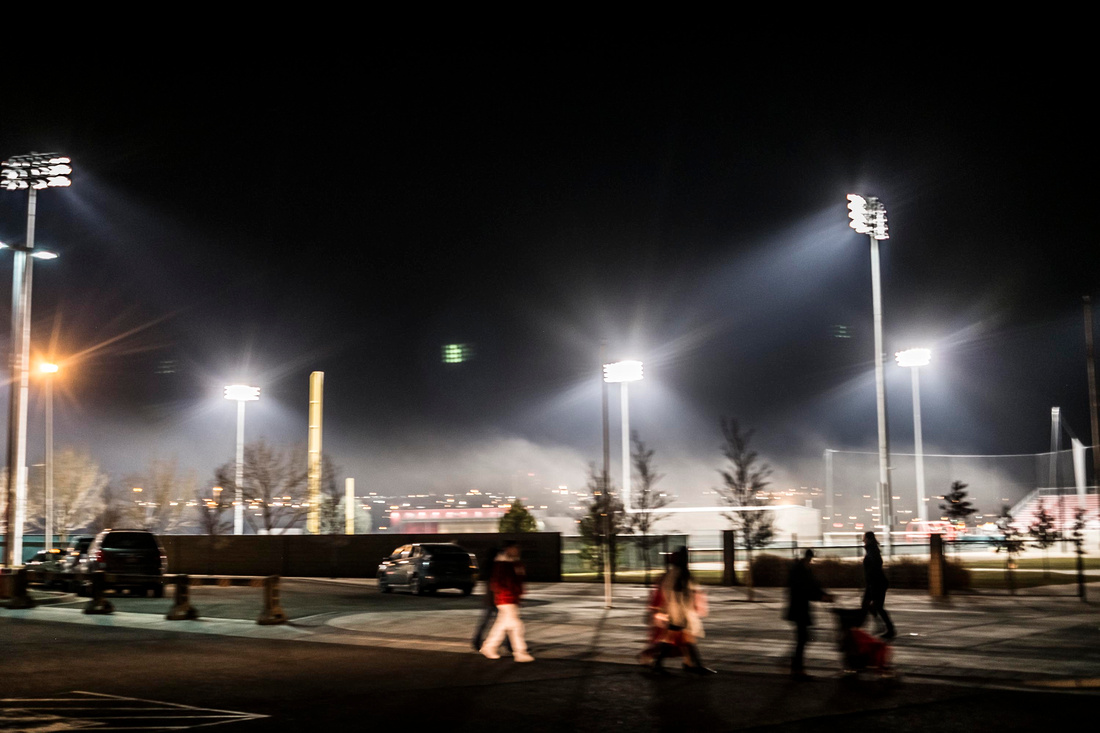 The lights on in the empty baseball stadium south of the pit had a nice shine to them.

Tristan graduated with a Bachelor's of Liberal Arts in Linguistics and Philosophy. She took part in the graduation ceremony, so off we went to the Pit. The University of New Mexico's Fall 2017 Commencement Ceremony was a popular affair. All the seats they had available for the audience were filled. Graduation ceremonies are the last bit of torture the university puts students and their families through, along with any friends dear enough to attend, before the university turns the graduates loose on the world.

The 2017 ceremony was no exception. The keynote speaker loved to hear herself talk and she said "I", "Me", "Mine" at least 3 million times, but I lost count after the bored crowd got louder than her. Soon after she started her speech, people in the audience started talking among themselves, playing their mobile devices, getting up to get popcorn and burritos — basically doing whatever they could to entertain themselves while ignoring the speaker. I was entertained listening to and observing the audience's actions and reactions to the keynote speaker. After about 30 minutes of "I, me, mine", she seemed to make a final point. The crowd cheered at the prospect of her keynote finally being over. She paused for a moment, then, encouraged by the applause, started her chin wagging again and went on for another 15 minutes. Her talk was excruciating and she said nothing that seemed to be of much interest to anyone but herself.

They went through some more formalities, recognized various faculty, gave out faculty awards, and finally started recognizing the graduates, which was quite entertaining after the keynote speaker and other formalities. There were lots of students receiving PhDs. About the same number of students received Master's degrees as those who received PhDs. Of all the undergrad degrees, students receiving Bachelor's degrees in Arts and Sciences were the vast majority taking part in the ceremony. I think Bachelor's in Nursing was the smallest number represented when only two students stood up to be recognized. The next largest block of graduates received Bachelor's of Business Administration. The rest of the colleges had handfuls of students taking part in the ceremony.

The Pit full of graduates, families and friends. 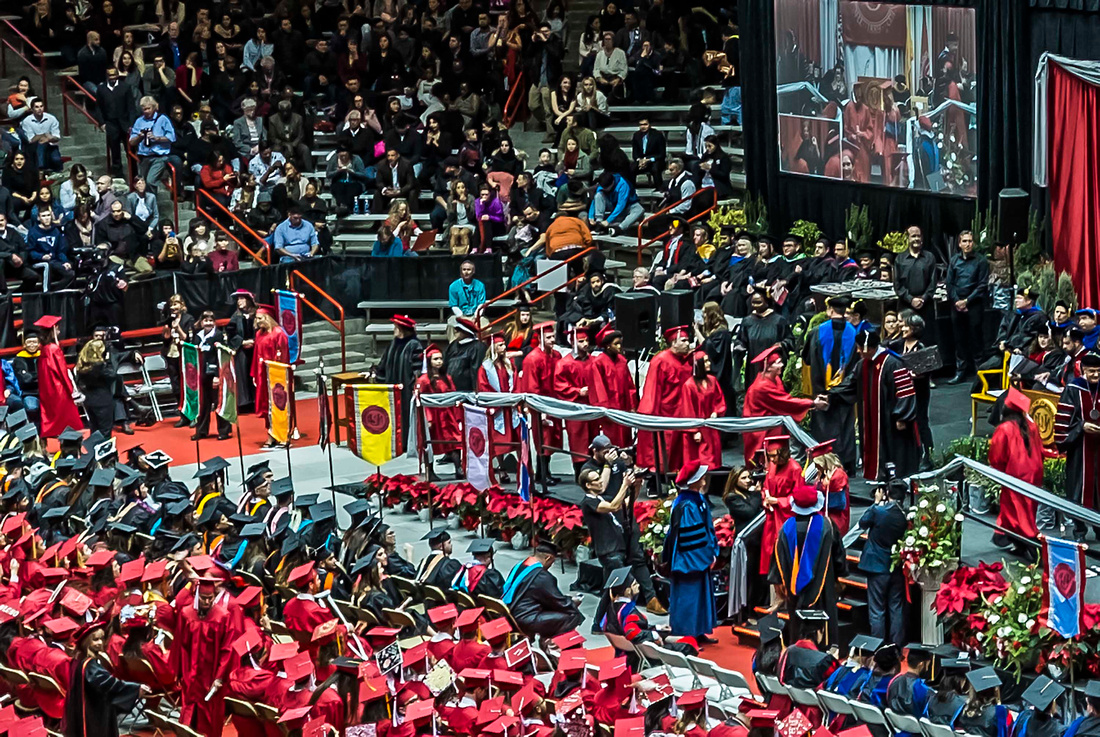 Tristan shaking the President's hand after receiving a diploma.

T & L Photos
Thanks, Julie!
Julie(non-registered)
Congratulations Tristan! How exciting ..
T & L Photos
That would be perfect. I thinks it's great the concessions were opened. Back when I graduated, the poor audience had to suffer with the graduates.
David(non-registered)
Too bad the graduates couldn't hit the concessions also. A graduate accepting their degree with a burrito and a tall soda in hand, that would be a scene to capture. :)
T & L Photos
Hi David. The speaker had one piece of advice at the end of her speech — "Be like Me!" People could bring any food and drink they got at the concessions to their seats.
No comments posted.
Loading...
Subscribe
RSS
Recent Posts
Last Post on Zenfolio Walk, Run, Splash, Fly A Walk in the Snow We Wish You a Merry Catmas Cranes, Train & A Full Moon on Winter Solstice I Had A Dream Shrink Wrapped Fly Away Fire & Phantasm First Snow on the 2nd
Archive
January February March April May June July August September October November December
Timothy Price
Powered by ZENFOLIO User Agreement
Cancel
Continue