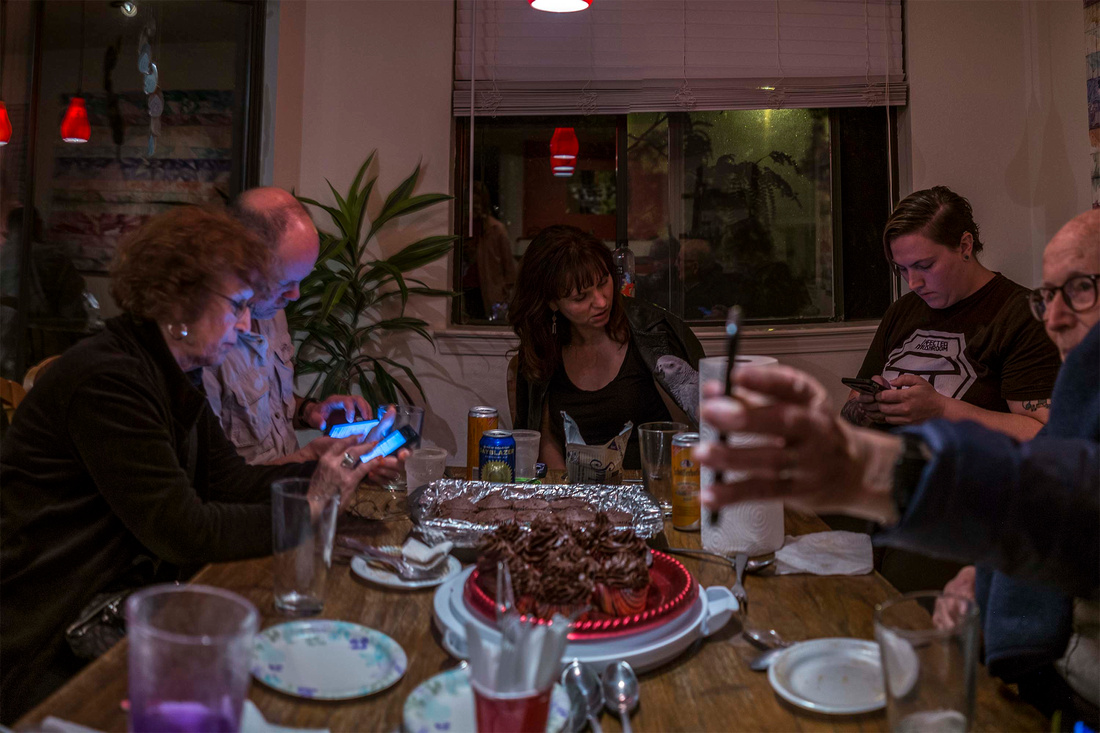 Whooping it up at a birthday party. 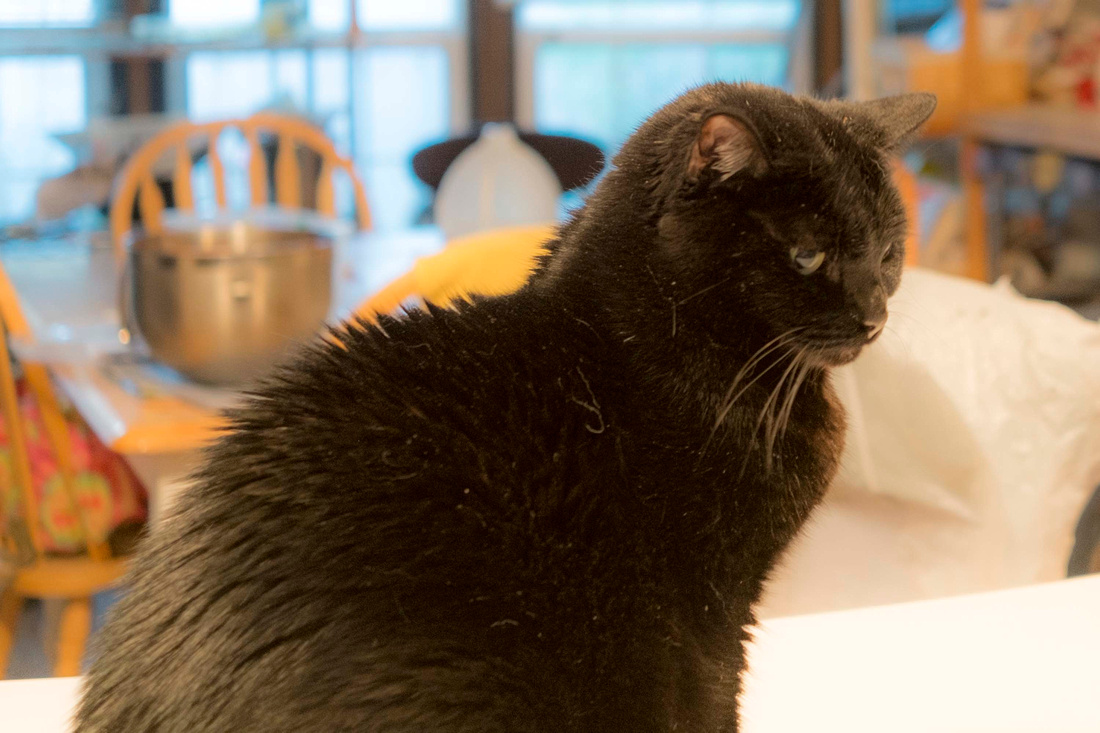 Lola in her "Catzilla" persona bristling at Spunk while giving him mad dogs and the stink eye. 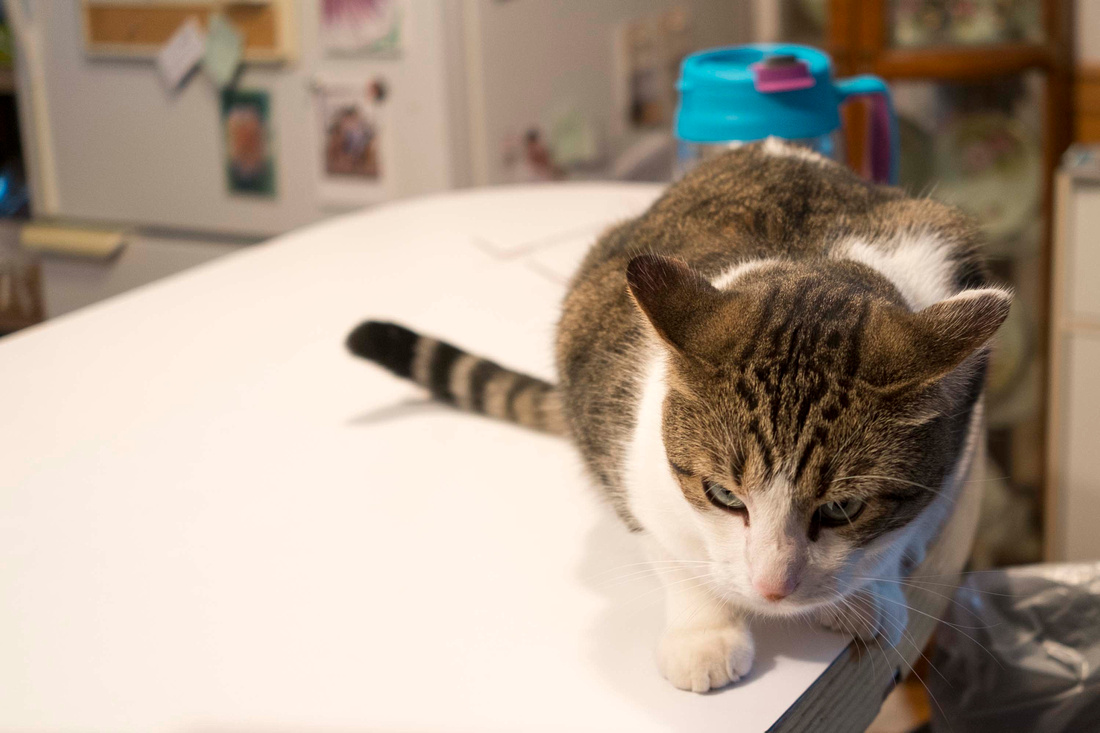 Spunk: "Cut it out Lola! You're making the place smell like stinking mad dogs!" 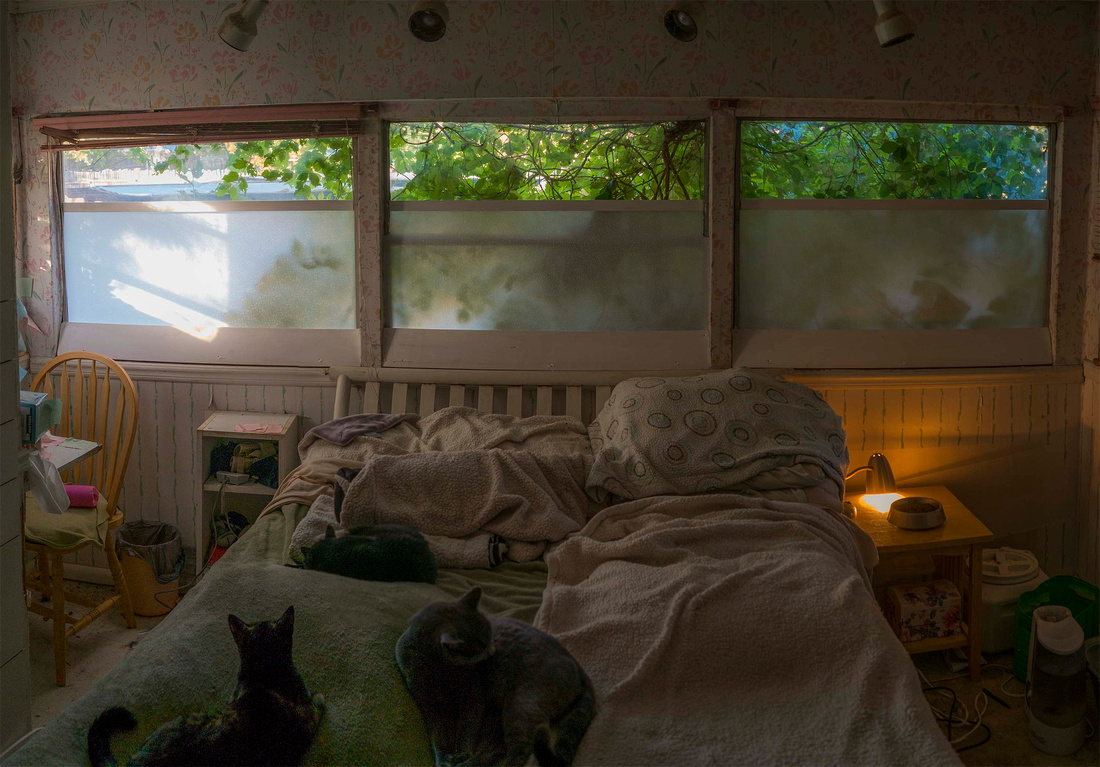 The cats finally killed off the old, decrepit, hardly working pink mini blinds we had over the windows in the bedroom for the past 27 years. They had been attempting to missile attack birds, mice, squirrels, ghosts, whatever that has started hanging out in the foliage on the outside of the window at night. Loki and Sasha would take turns making flying leaps through the mini blinds, whomping against the glass, and then trampling all over us on the rebound. Instead of replacing the blinds, I installed translucent plastic over most of each window, and reinstalled the window sills at an angle so the cats can no longer sit or walk on them. So far the flying missile attacks have been effectively cut off, and they have only made a few attempts to jump up and look over the translucent plastic while we've been in bed. 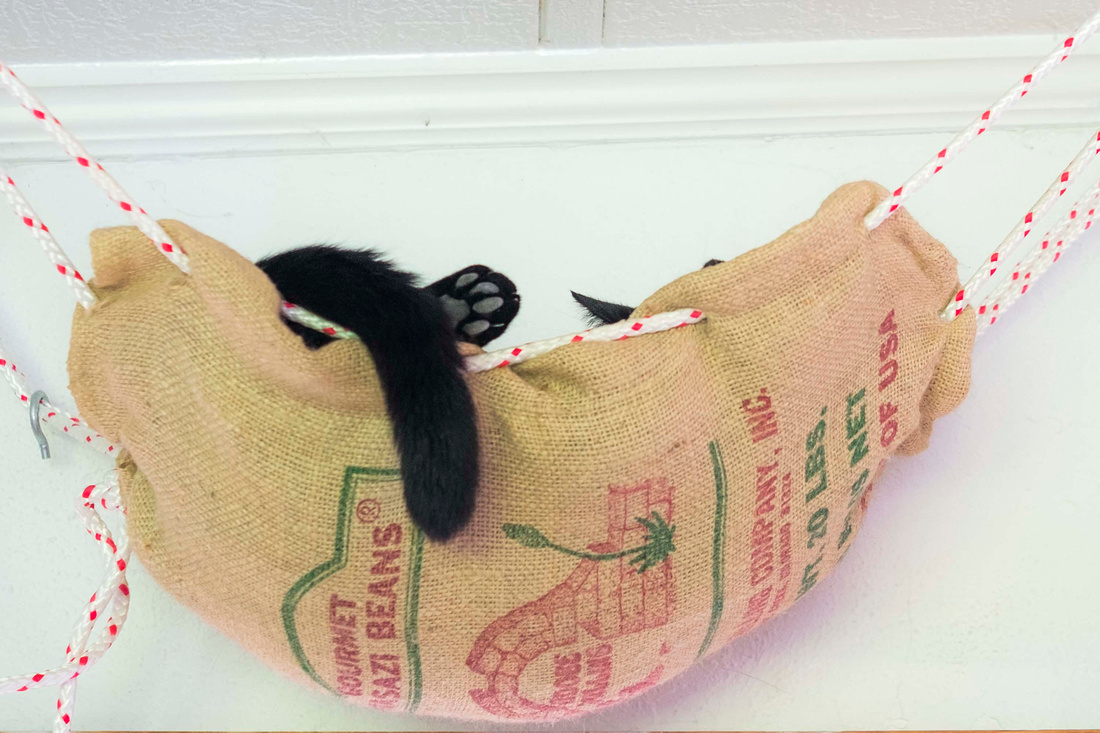 Loki hammocked while I worked on the windows.

T & L Photos
Thanks, Julie! No hisses from Lola. Just Godzillaing and mad dogs.
Julie(non-registered)
Lola has that ... you are so in for trouble look! Did she hiss too :D great idea with the blinds Tim!
T & L Photos
You're welcome, Harry!
Harry(non-registered)
Thanks for showing the modern day birthday etiquette :-) LOL
T & L Photos
Hi Teagan. The kitties do have a lot of time to sit around and plot. It's like living on the eve of destruction.
No comments posted.
Loading...
Subscribe
RSS
Recent Posts
Last Post on Zenfolio Walk, Run, Splash, Fly A Walk in the Snow We Wish You a Merry Catmas Cranes, Train & A Full Moon on Winter Solstice I Had A Dream Shrink Wrapped Fly Away Fire & Phantasm First Snow on the 2nd
Archive
January February March April May June July August September October November December
Timothy Price
Powered by ZENFOLIO User Agreement
Cancel
Continue