"Abandoning That Which Once Defined" — Austin Martin, 2011 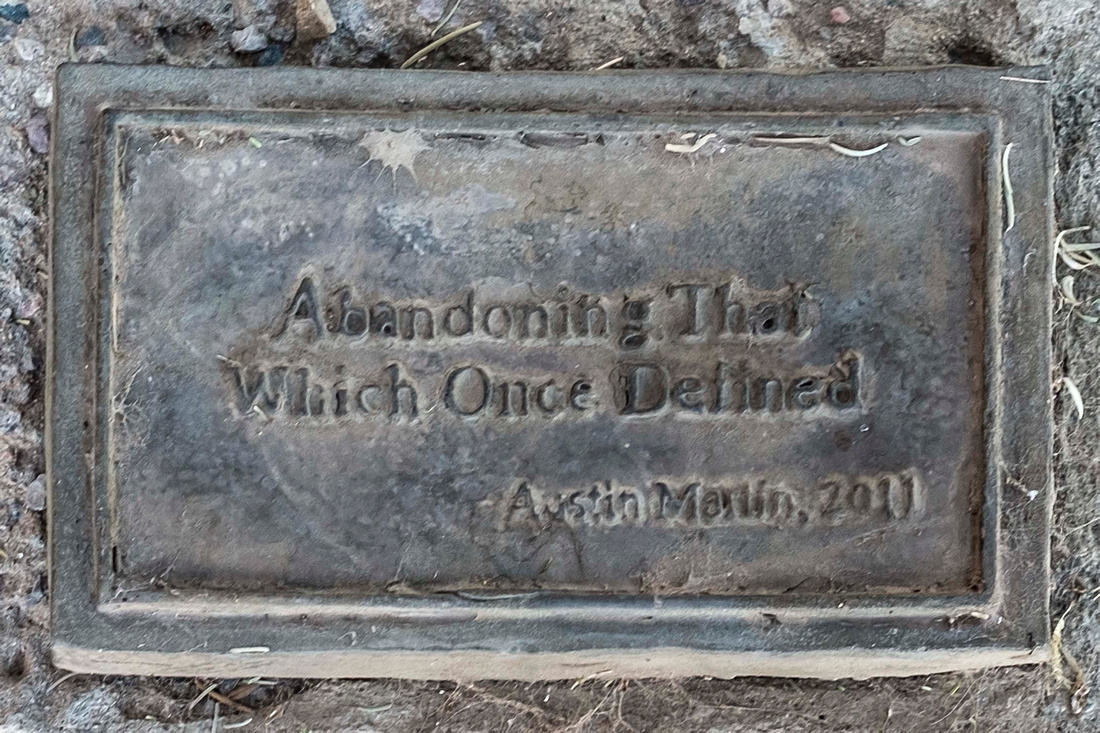 There is an interesting sculpture of a giant knapsack on a stick, stereotypical of hobos' knapsacks, lying on the ground abandoned off to one side of the Science building. It does seem to make a point about "abandoning that which once defined". 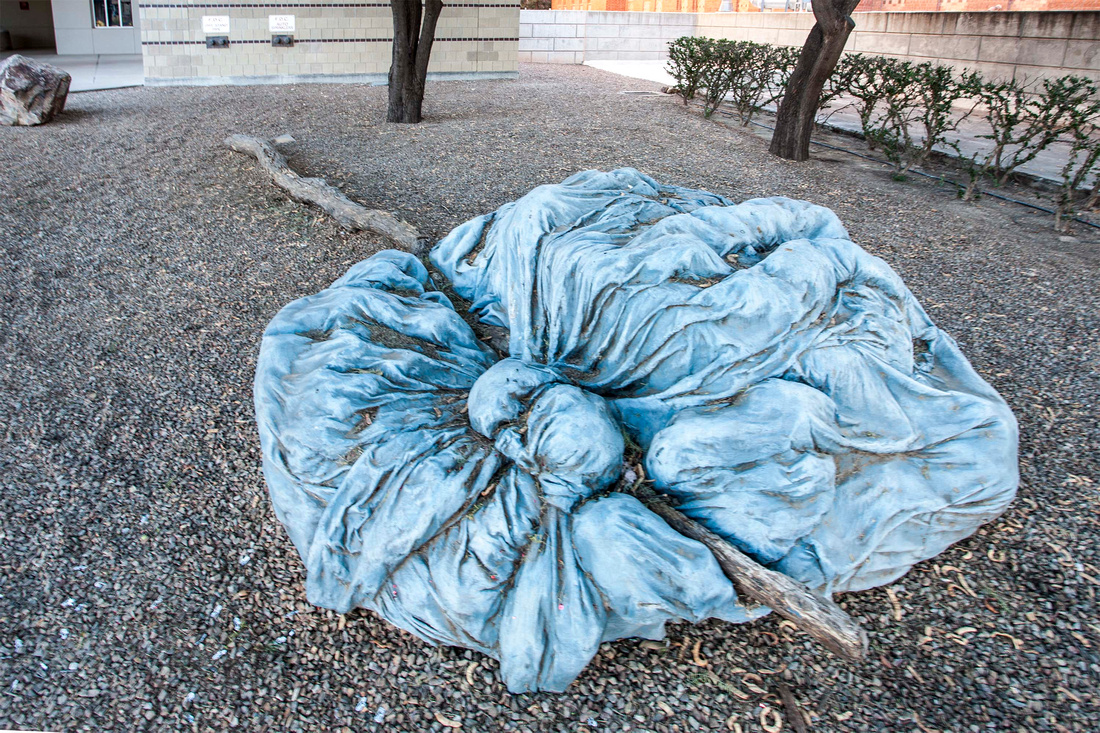 "Abandoning That Which Once Defined" — Austin Martin 2011

A very nicely done memorial to the University of Arizona Alumni who were killed in World Wars I and II, Korea and Vietnam is in a rotunda on the bottom floor of the Student Union Building. 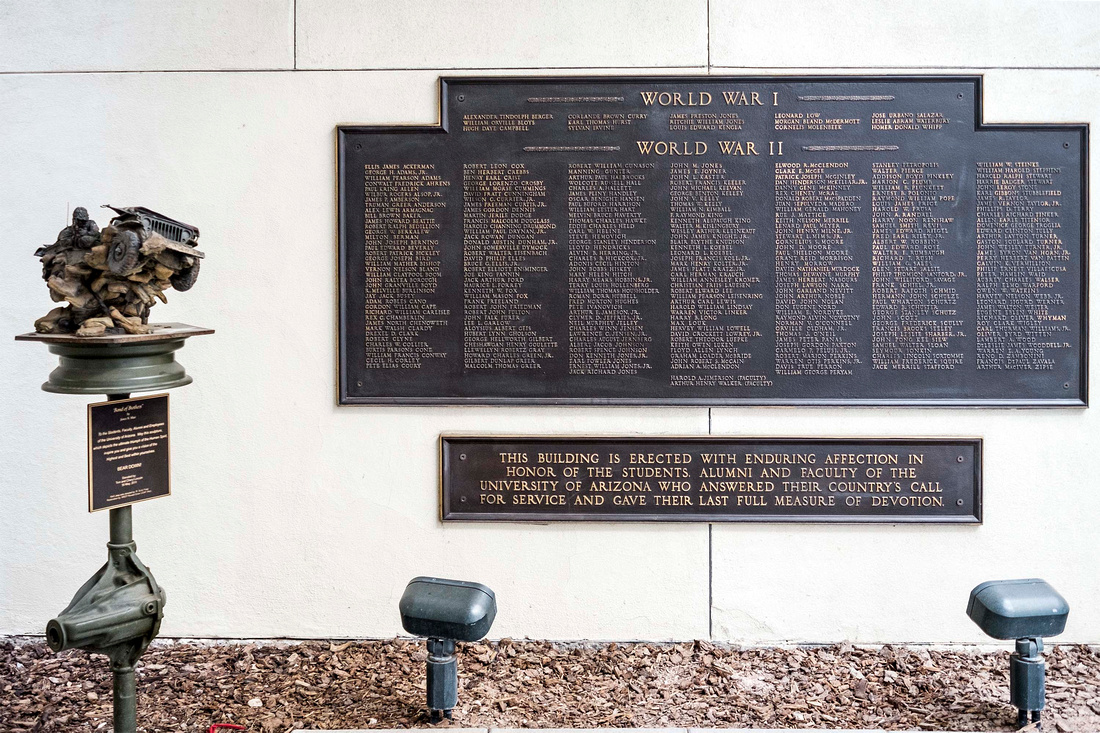 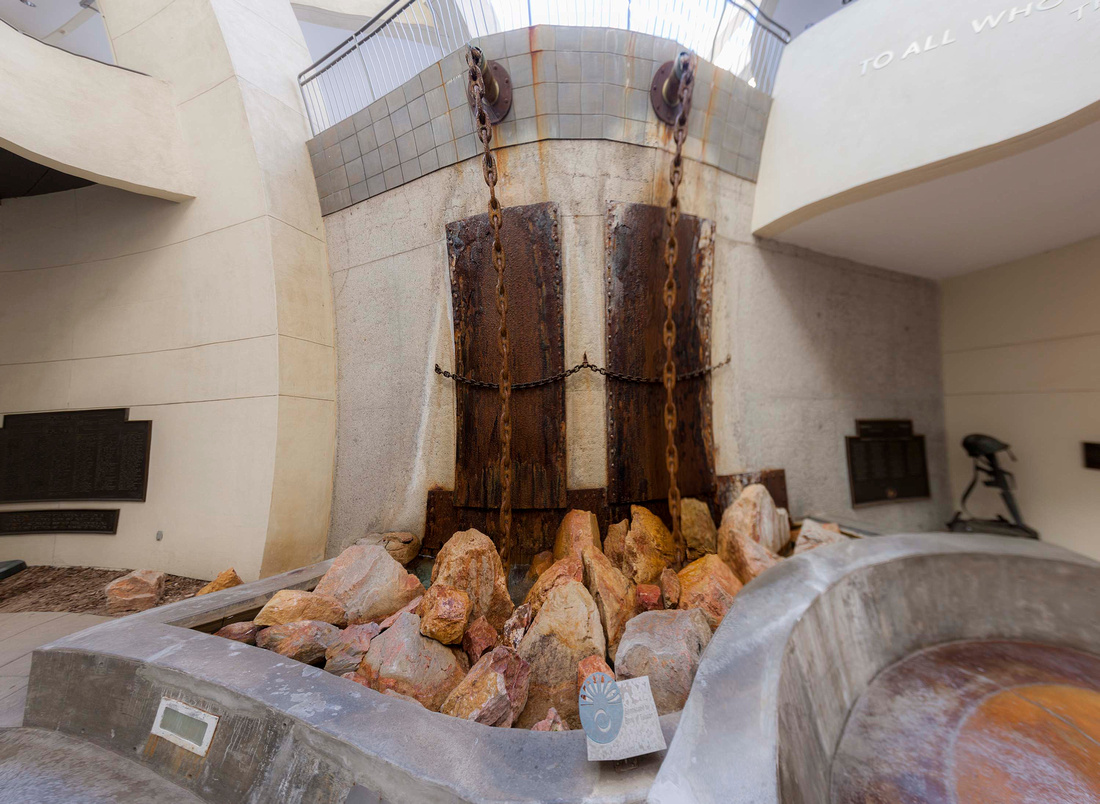 A fountain that is part of the war memorial in the Student Union Building, University of Arizona, Tucson. 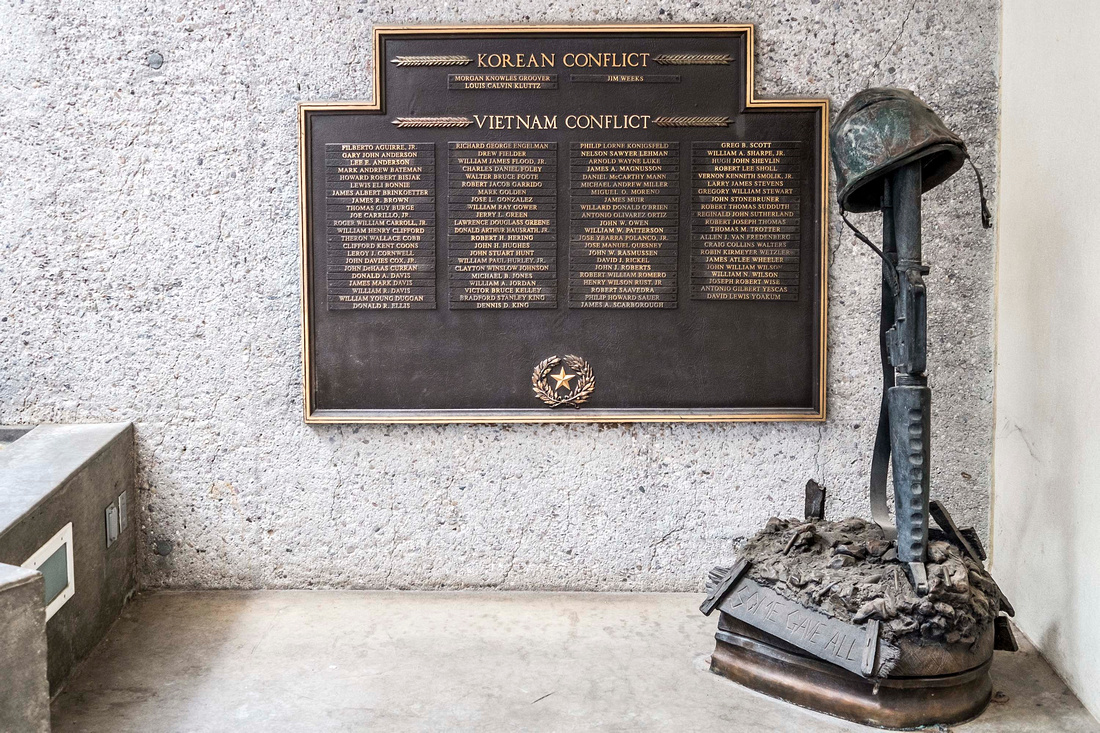 Memorial of Alumni lost in Korea and Vietnam.

T & L Photos
Thanks, Christine!
T & L Photos
Thanks, Lavinia!
Christine Robinson(non-registered)
Thanks, Tim for these photos of a very interesting place. Nice to know the history of unusual things. Christine
Lavinia Ross(non-registered)
Those are beautiful images of the memorials, Tim. I like the Austin Martin plaque and hobo knapsack sculpture, too.
T & L Photos
Hi Susan. Happy I can bring back memories. It's an interesting campus.
No comments posted.
Loading...
Subscribe
RSS
Recent Posts
Last Post on Zenfolio Walk, Run, Splash, Fly A Walk in the Snow We Wish You a Merry Catmas Cranes, Train & A Full Moon on Winter Solstice I Had A Dream Shrink Wrapped Fly Away Fire & Phantasm First Snow on the 2nd
Archive
January February March April May June July August September October November December
Timothy Price
Powered by ZENFOLIO User Agreement
Cancel
Continue