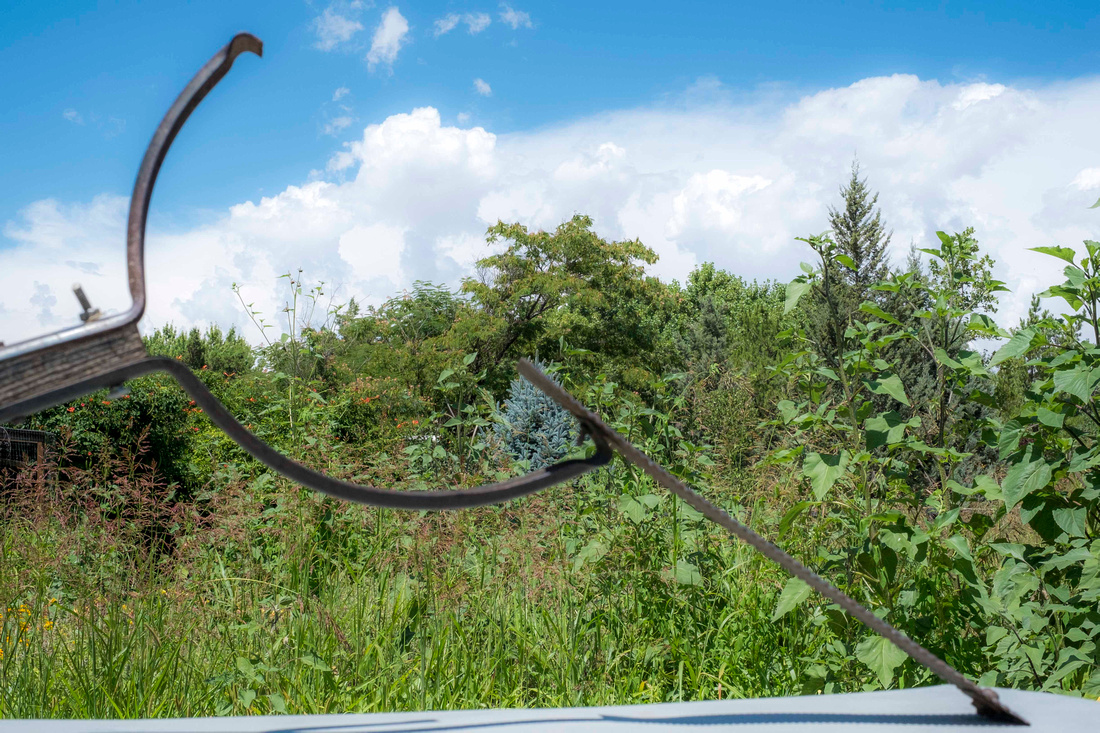 Brocken 30 year old weed whacker. The metal eyelet that held the blade onto the frame broke making it unrepairable.

My 30 year old weed whacker that I had repaired multiple times over the years finally broke beyond repair last week while I was attempting to whack some giant weeds.  I have a newer weed whacker, but the wooden handle had broken a few years ago, and I was not able to find a new handle, so it sat, broken, while I kept the old weed whacker in service. Now that I was out of usable week whackers, I started looking around stuff I have laying around to see if I could find something suitable to make a handle out of.

While I was rummaging around in the shed, I remembered I had a shovel with a broken spade and metal handle in a pile of metal to be recycled at some point. I cut the handle off of the shovel and fit it onto the weed whacker that had the broken wooden handle. The metal handle added weight to the weed whacker which gave it more momentum with each swing, so it cut right through giant, 7 to 8 foot tall, weeds that my 30 year old weed whacker simply bounced off of.

Under a pleasantly cloudy sky, I attacked a small forest of giant weeds that had grown out of control with the recent rains. After a break to let a thunderstorm pass through, I got the weed forest whacked down, and opened up views of the cottonwoods and tall grasses growing on the property.

Broken shovel I cut the handle off of. 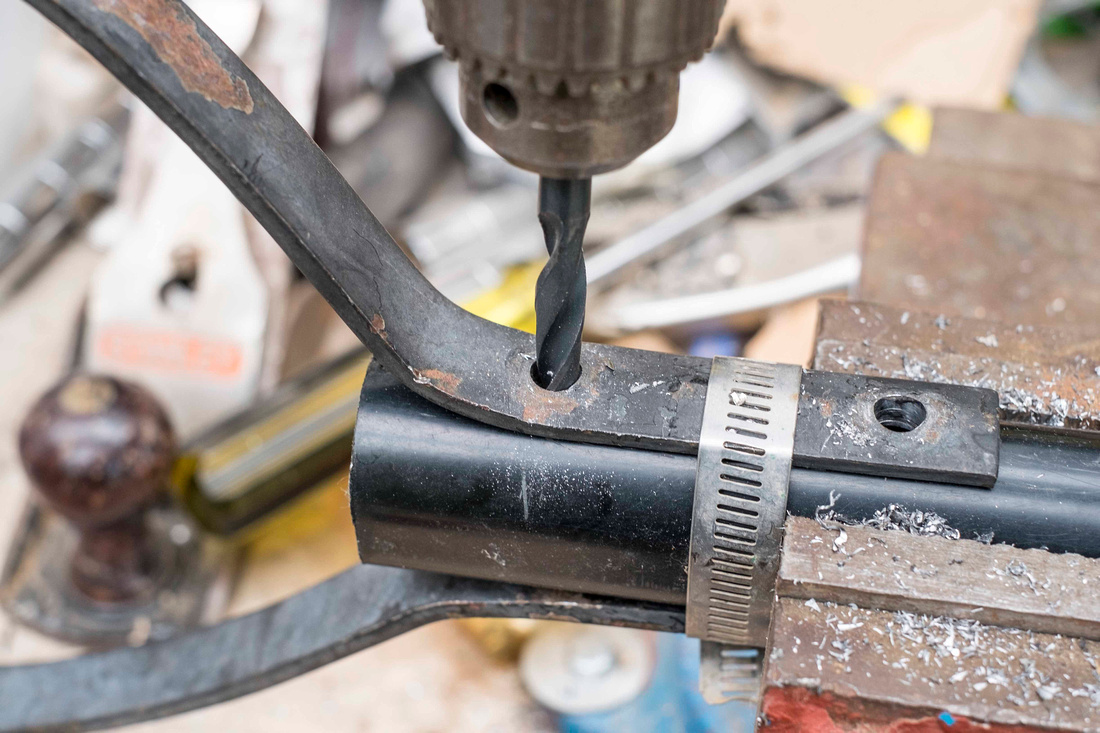 I drilled the metal handle so I could bolt it onto the weed whacker's frame. 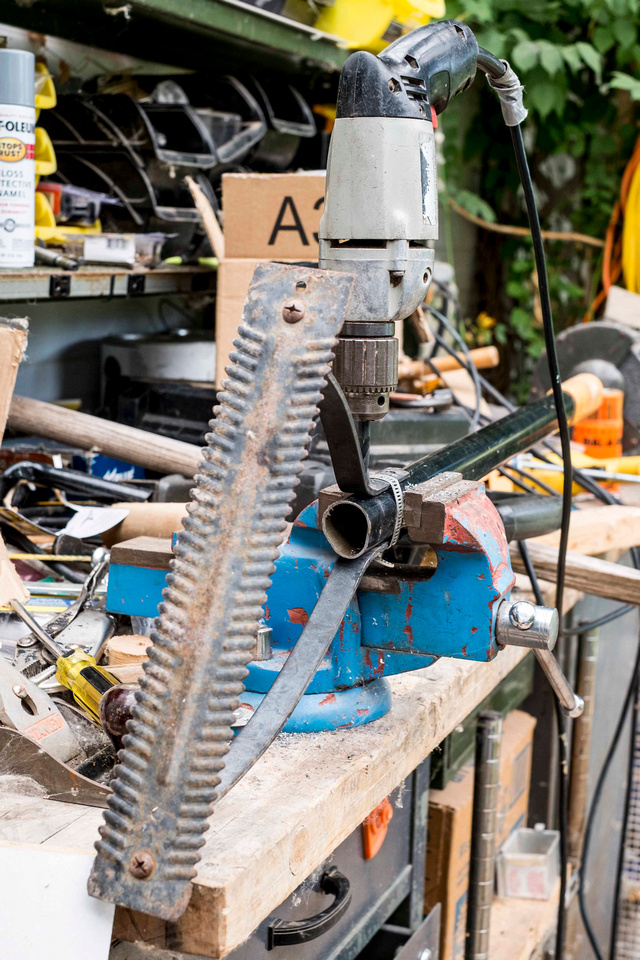 Weed whacker's blade, frame and new handle in the process of being drilled. 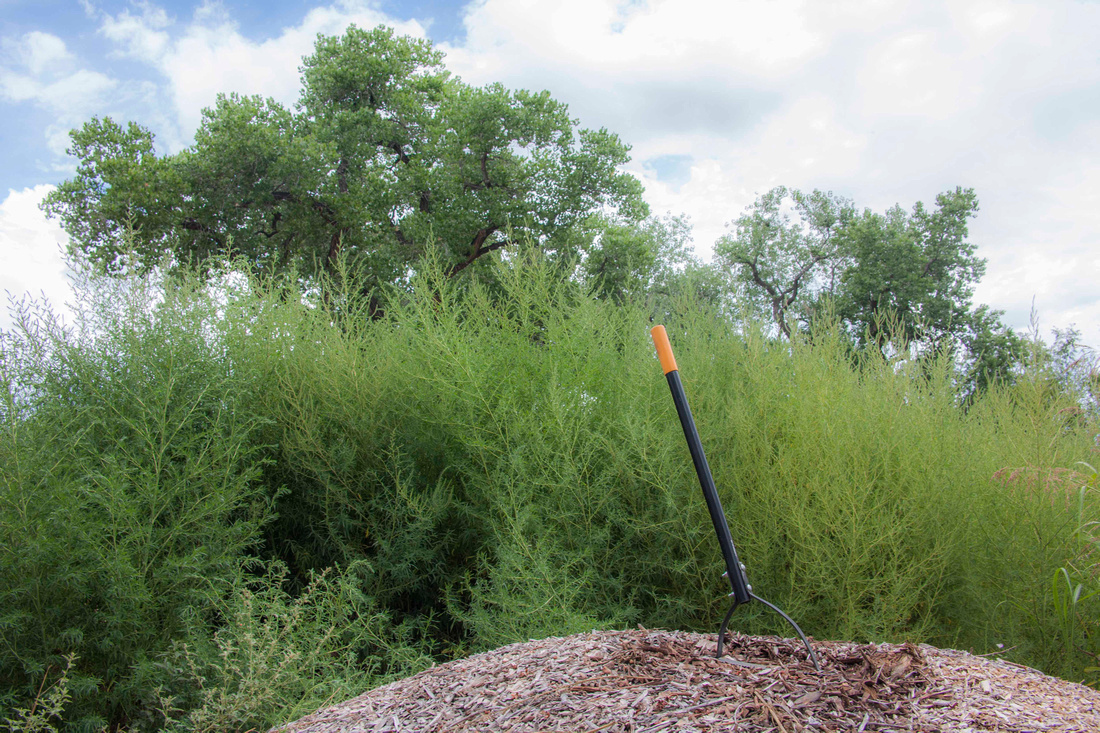 The newly rebuilt weed whacker on a large pile of mulch with the forest of weeds behind it. 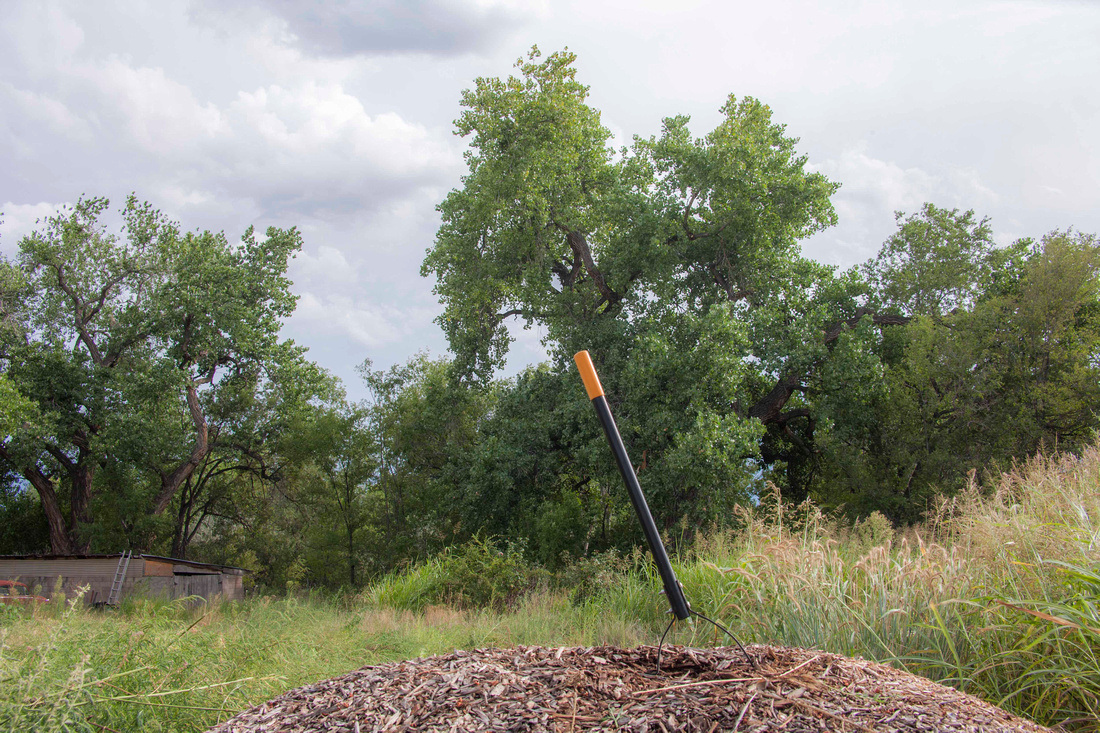 Weed whacker on the mulch pile after helping me make short work of the forest of weeds.

Me holding the stalk of a giant weed with Rosencrantz, and the weed whacker. 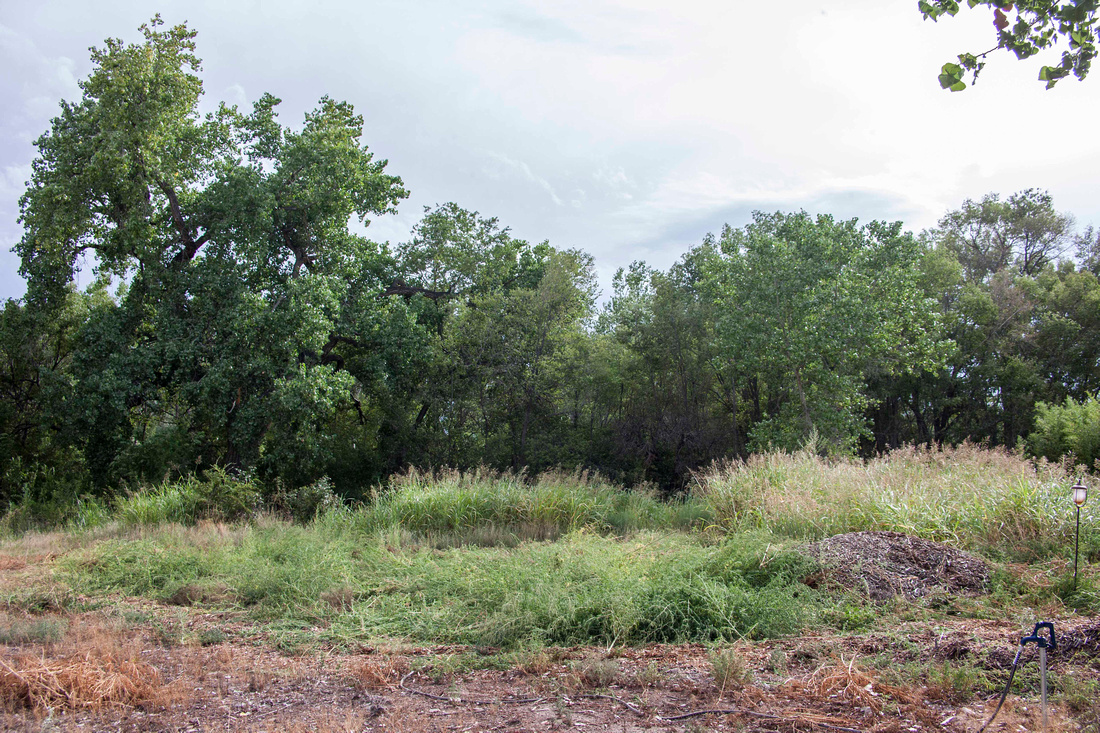 The weed forest whacked down and ready to be moved to a weed pile. 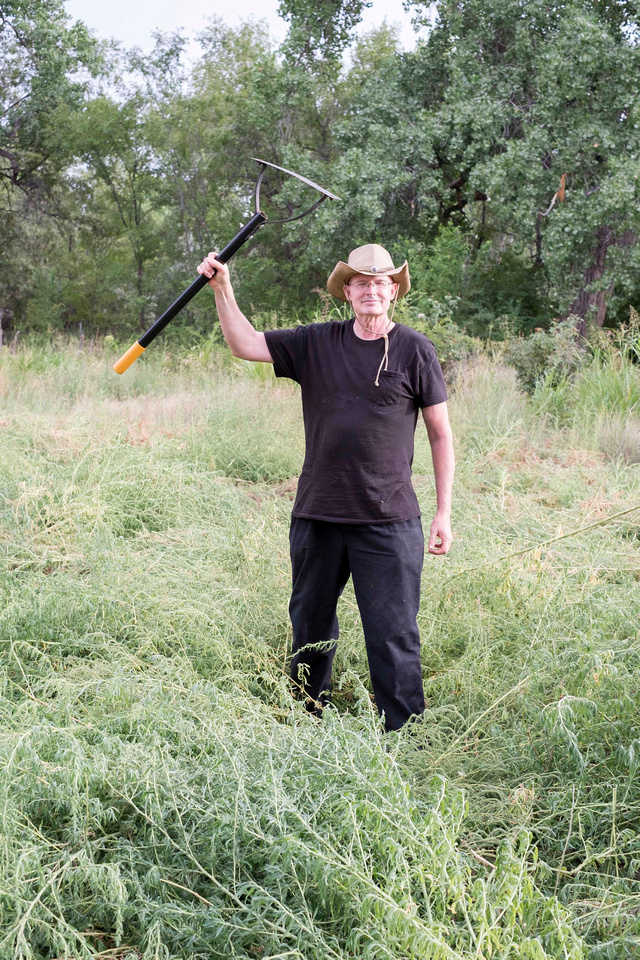 Victory over the weed forest.

T & L Photos
Thanks, Julie!
Julie(non-registered)
Aren't you clever Tim. My dad used to do things like that, he was so clever with his hands .. Just like you!
T & L Photos
Thanks, Couriers!
Animalcouriers(non-registered)
So pleased to see a special favourite recovered. Wish we were as capable at mending things as you!
T & L Photos
Thanks, Teagan! Those weeds could easily become man eaters.
No comments posted.
Loading...
Subscribe
RSS
Recent Posts
Last Post on Zenfolio Walk, Run, Splash, Fly A Walk in the Snow We Wish You a Merry Catmas Cranes, Train & A Full Moon on Winter Solstice I Had A Dream Shrink Wrapped Fly Away Fire & Phantasm First Snow on the 2nd
Archive
January February March April May June July August September October November December
Timothy Price
Powered by ZENFOLIO User Agreement
Cancel
Continue