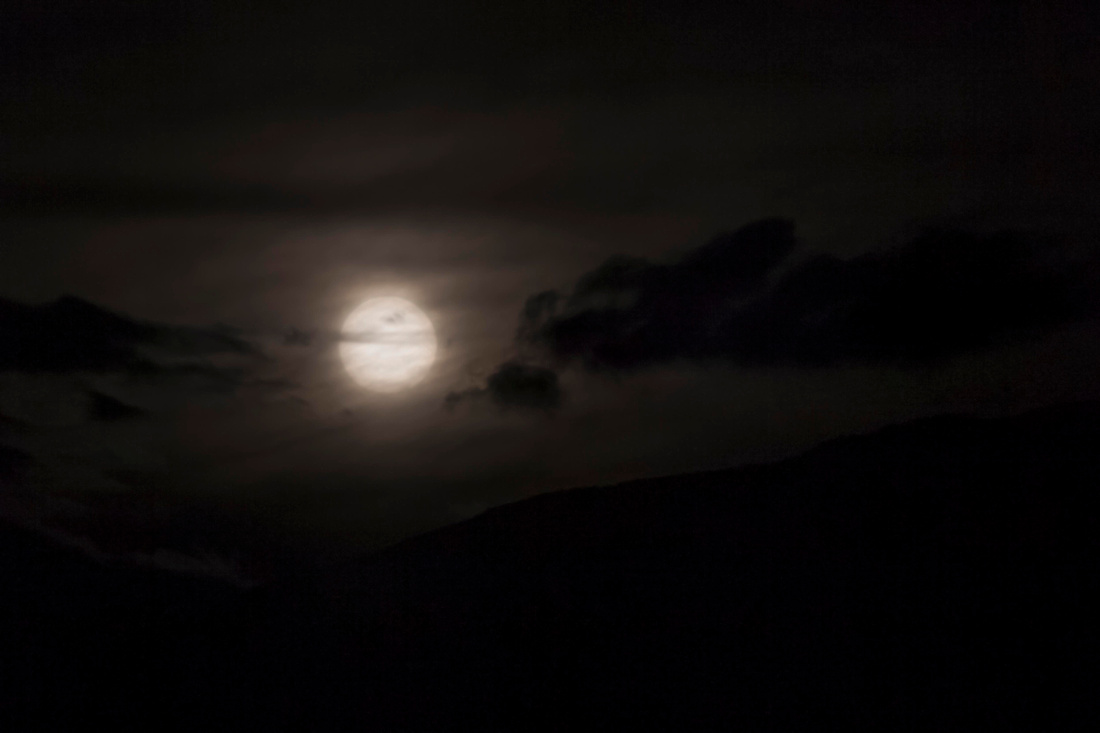 6:42 AM MDT. The sun poked through the clouds momentarily, but the clouds were too thick to see Mercury.

The sky was overcast at sunrise. I walked out to the river to see if the clouds would clear, but the sun poked through the clouds for only a few seconds, and then was lost behind the clouds until 8:14 AM Mountain Daylight Time (MDT), which allowed me to get the first photo that shows Mercury traipsing across the surface of the sun. The clouds had various openings in them until 9:00 AM, so I was able to get a photo of the sun through the layer of clouds at 8:59 AM, the mid-point in Mercury's journey across the sun. Then we had overcast skies until late morning, so there is a long time-gap between the photos until I was able to get more shots from 10:59 AM up until 12:15 PM when clouds again covered the sun until after well after the transit of Mercury ended at 12:41 PM.  You can see and animated gif of Mercury's transit made from the photos below at https://photoofthedayetc.wordpress.com/2016/05/09/transit-of-mercury/. 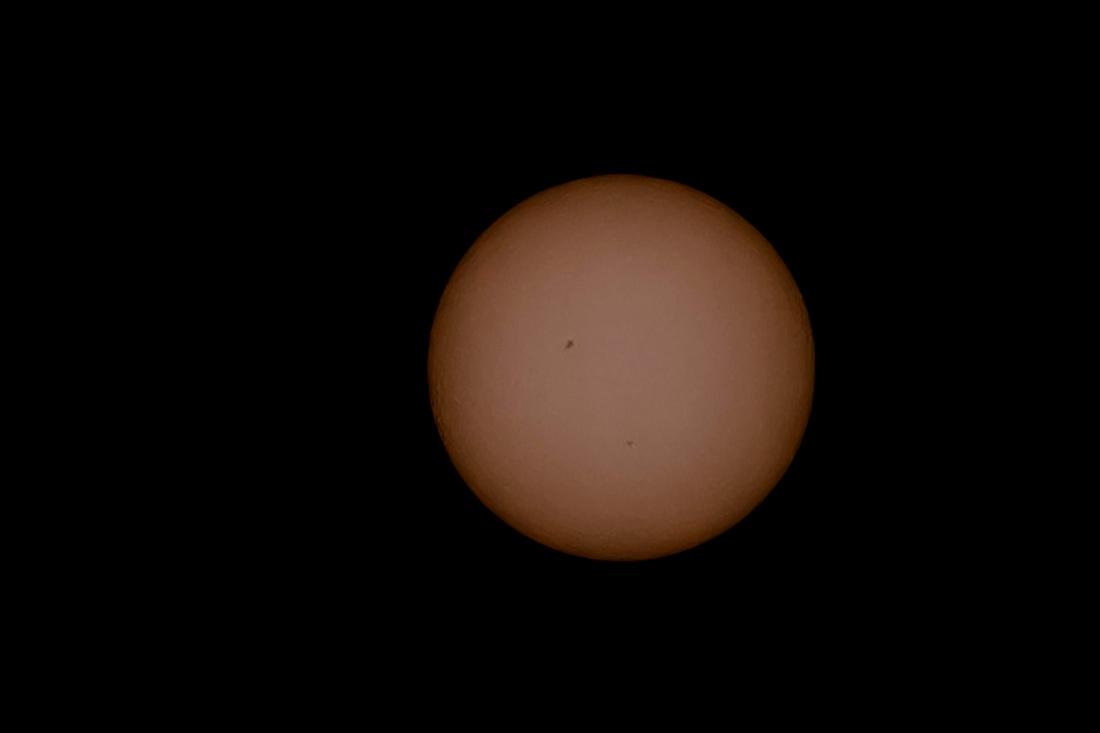 8:14 AM MDT. The sun finally found a hole in the clouds so I could get a shot. Mercury is the dot a 1/3 from the bottom slightly off center. The larger dot is a sun spot. 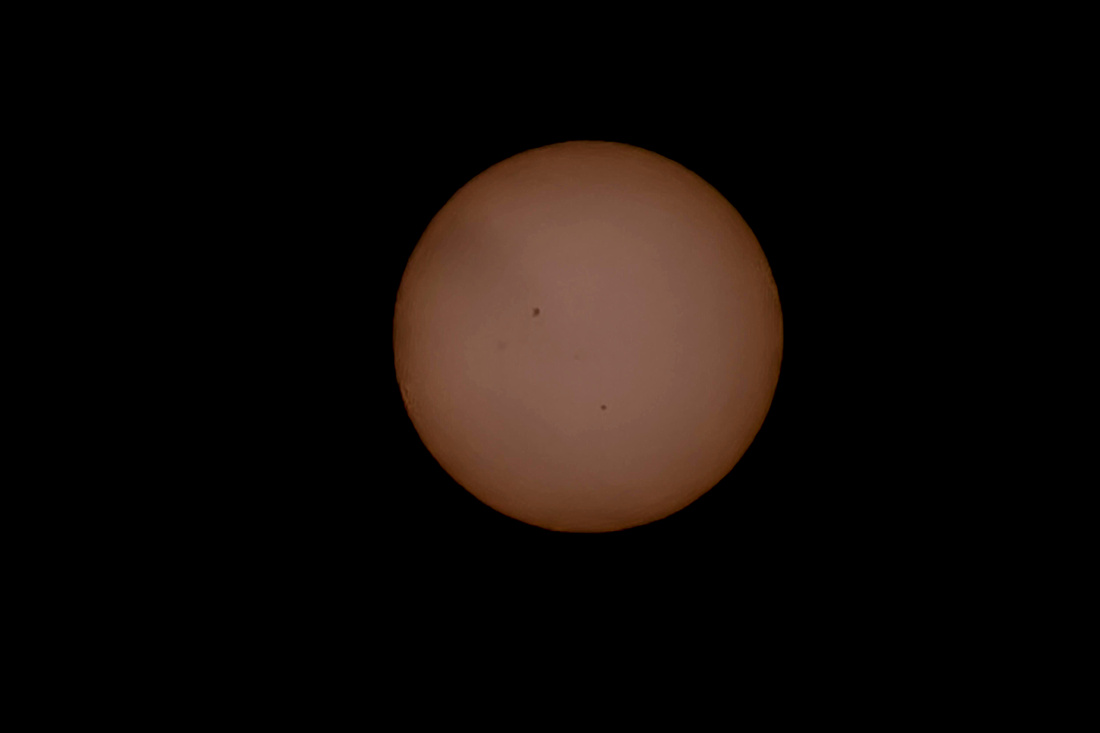 8:26 AM MDT. The clouds cleared enough for Mercury to show as a more distinct dot. 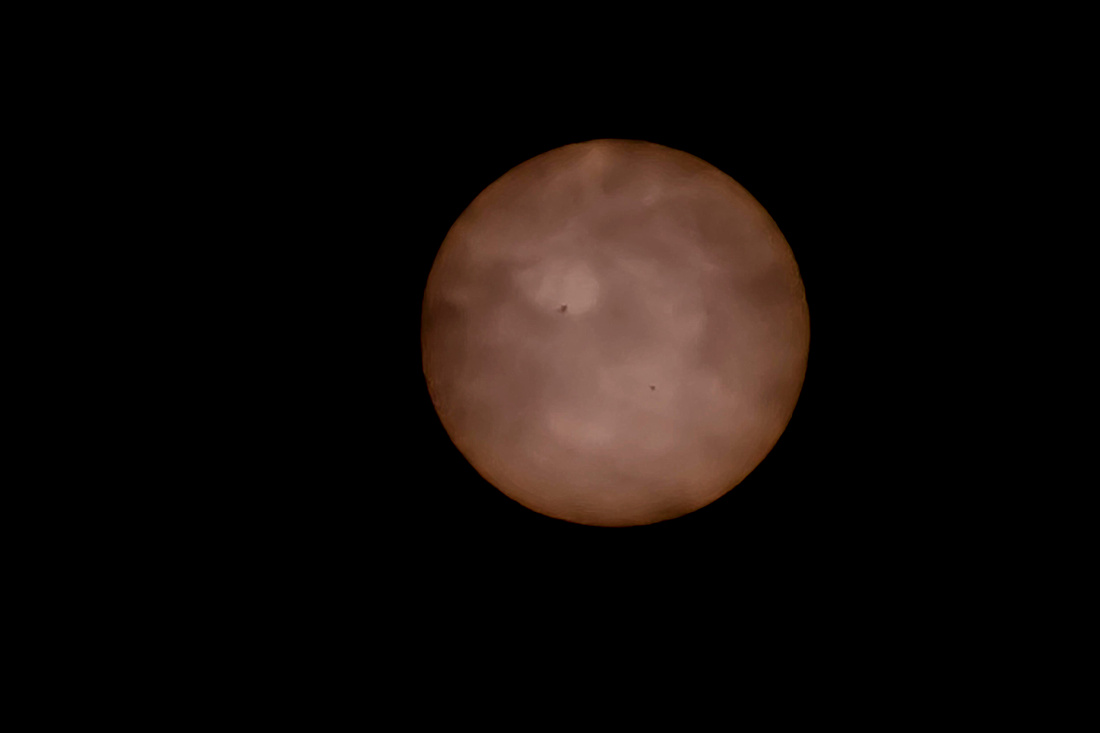 8:59 AM MDT. Thicker clouds now. This is the mid-point through the transit according to a website on times and locations of the transit of Mercury as seen from Albuquerque. 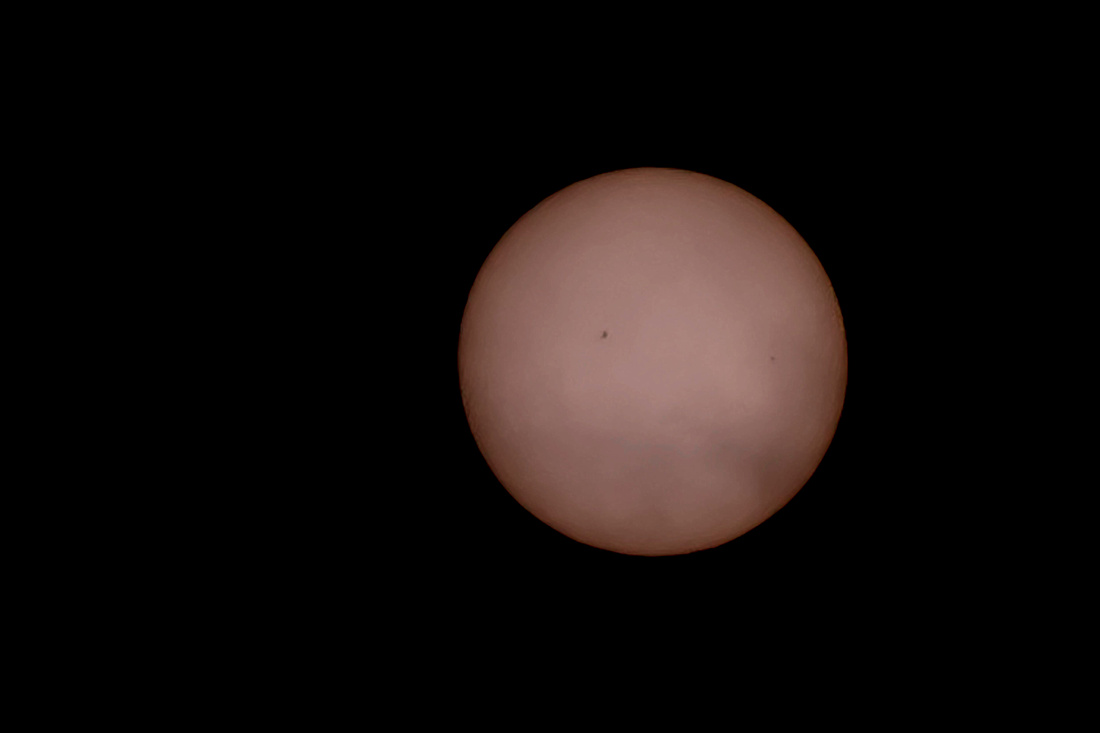 10:59 AM MDT. There's a large time gap because of the cloud cover. Mercury is now on the far right center of the sun. 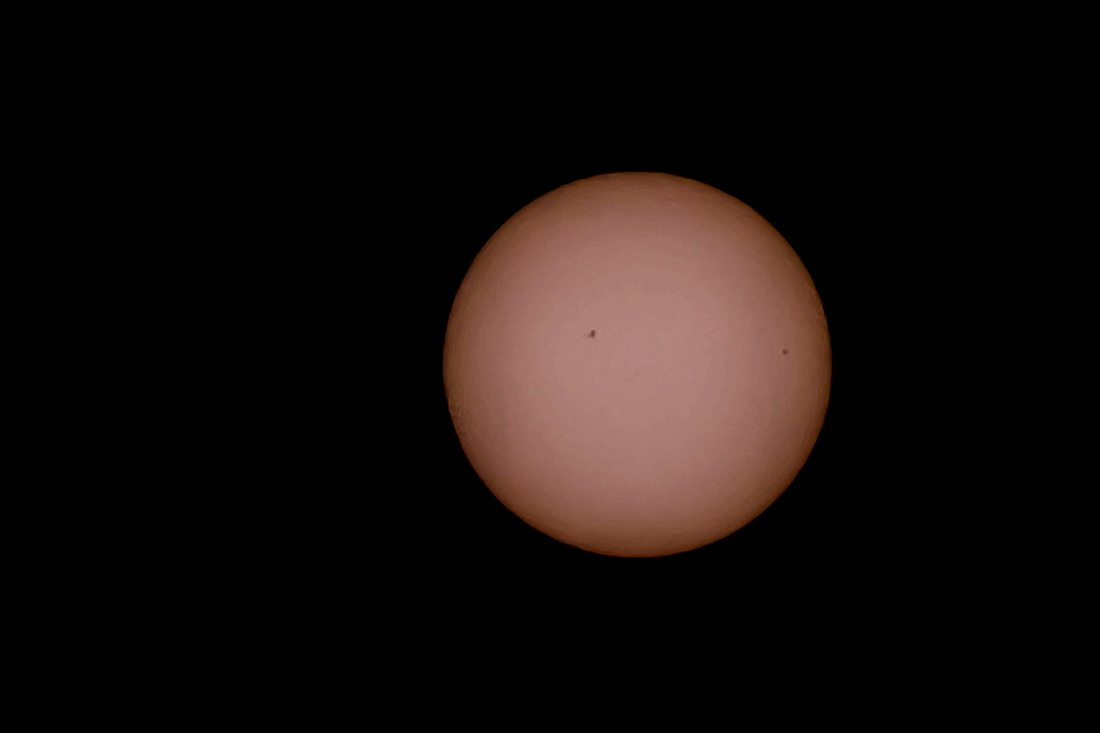 11:38 AM MDT. Clear sky where the sun is so Mercury is a very distinct dot on the far center right side of the sun. 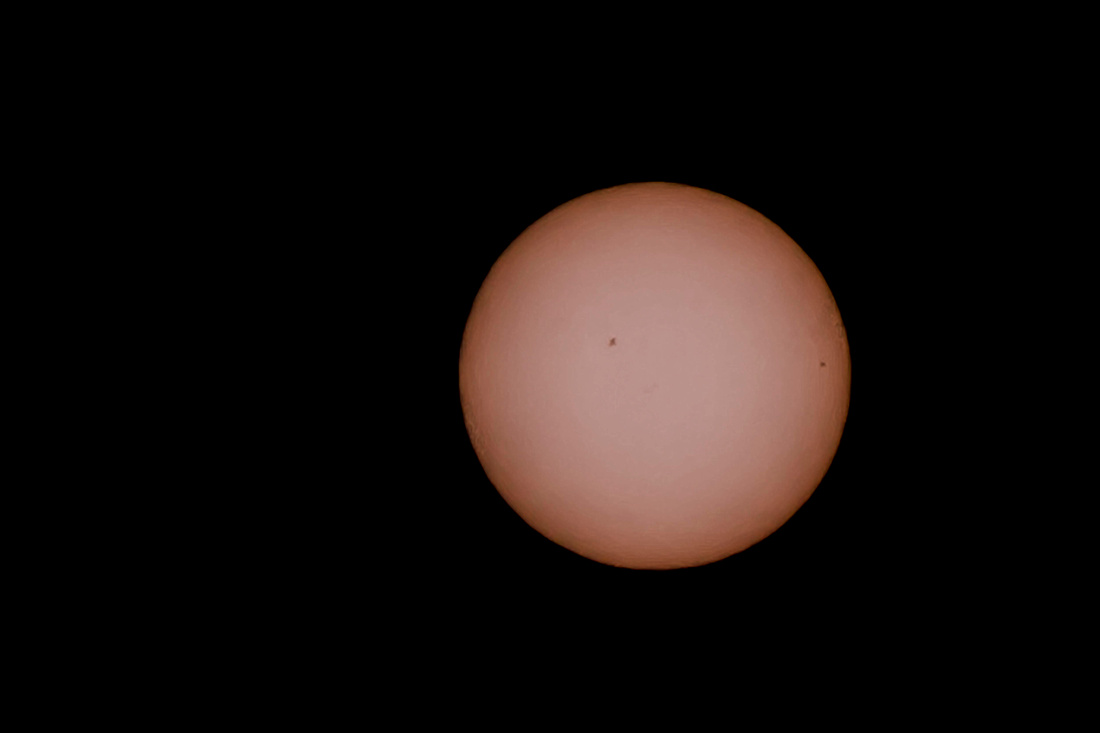 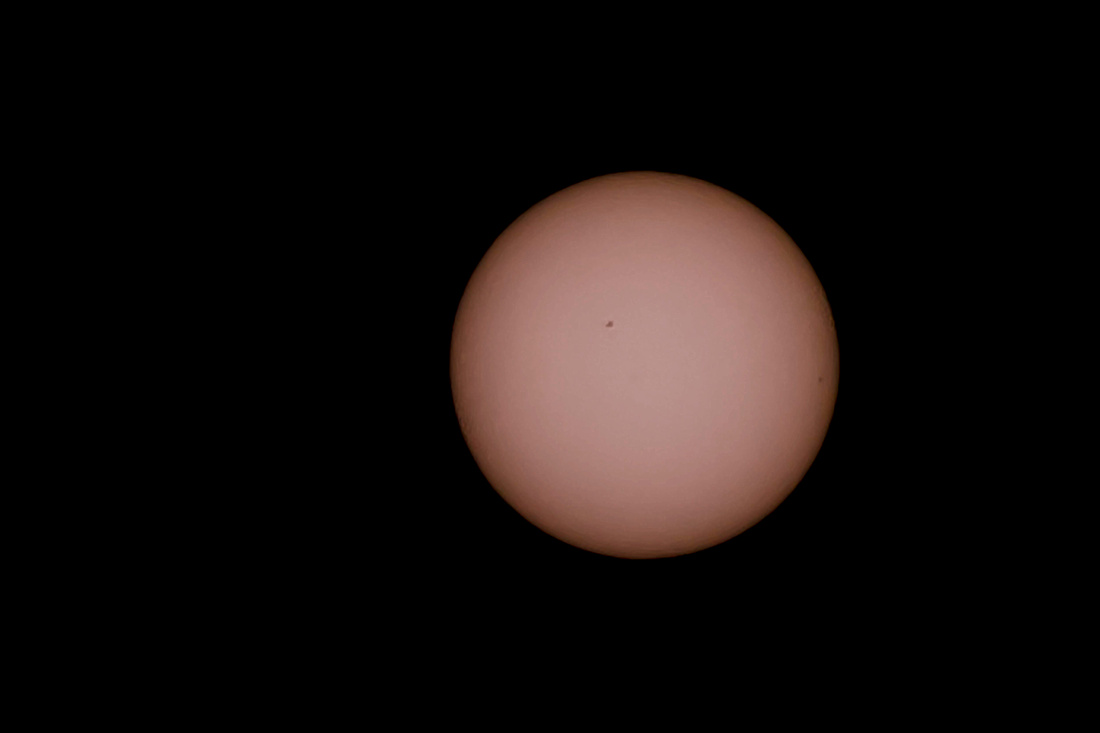 12:15 PM MDT. Mercury is almost to the edge of the sun. This is the last photo I got before the sun was covered by clouds again. The Transit ended at 12:41 PM MDT, under cloud cover in Albuquerque.

T & L Photos
Thanks, Julie!
Julie(non-registered)
Such a great collection. How exciting to capture this
T & L Photos
Thanks, Herman! Yeah, but like I said, I've gotten used to the end of the world events.
T & L Photos
Thanks, Couriers. Totally clear and sunny this morning.
Herman(non-registered)
Great post with amazing photographs! Thank you, Timothy!
Thank goodness this beautiful and special event didn't turned out to be the end of the world... ;-)
No comments posted.
Loading...
Subscribe
RSS
Recent Posts
Last Post on Zenfolio Walk, Run, Splash, Fly A Walk in the Snow We Wish You a Merry Catmas Cranes, Train & A Full Moon on Winter Solstice I Had A Dream Shrink Wrapped Fly Away Fire & Phantasm First Snow on the 2nd
Archive
January February March April May June July August September October November December
Timothy Price
Powered by ZENFOLIO User Agreement
Cancel
Continue