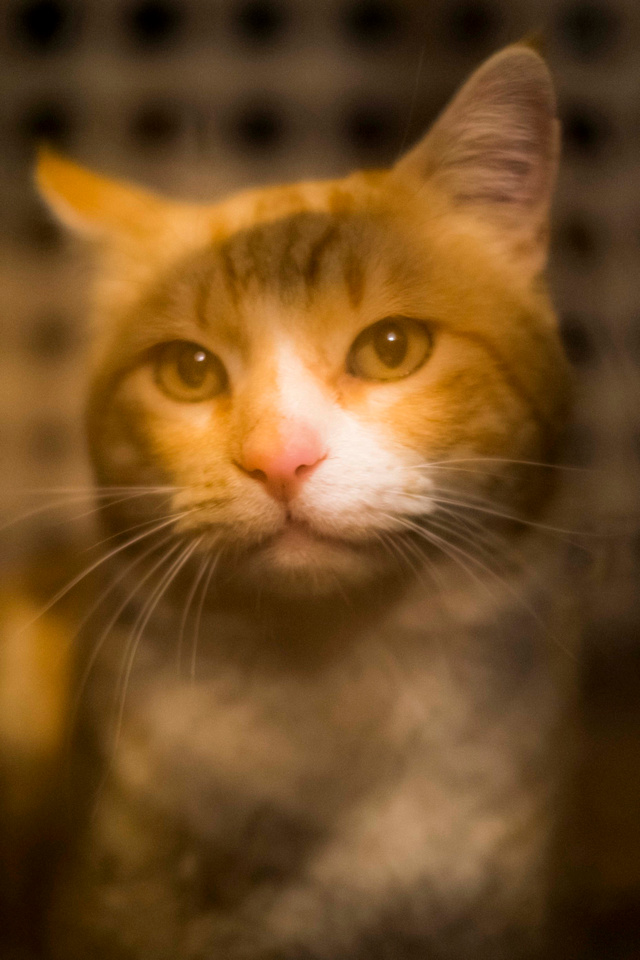 How's this for the "cool cat" look?

This yellow kitty has been coming around to visit for almost a year now. I did a blog about him at the end of April last year called "Le chat d'orange" (he looks more orange in daylight). Normally when he shows up he has a spat with Spunk through the wire on the catio, then comes to the sunroom door and looks in for a minute, then runs into the labyrinth I cut in the bamboo and disappears if I open the door to talk to him. But last night he just sat at the sunroom door and meowed and meowed. The first time I went out to see what he wanted, he ran off into the labyrinth like normal, but no sooner had I sat back down than he was at the door meowing again. The next time I opened the door he let me pet him and talk to him. When I asked him what he wanted he gave me a look like "Are you dense or what?" I told him there were no free meal tickets around our house, and after a few good photos through the glass in the door (Spunk was not going to let Yellow come inside), he earned a bowl of food, which he promptly devoured. 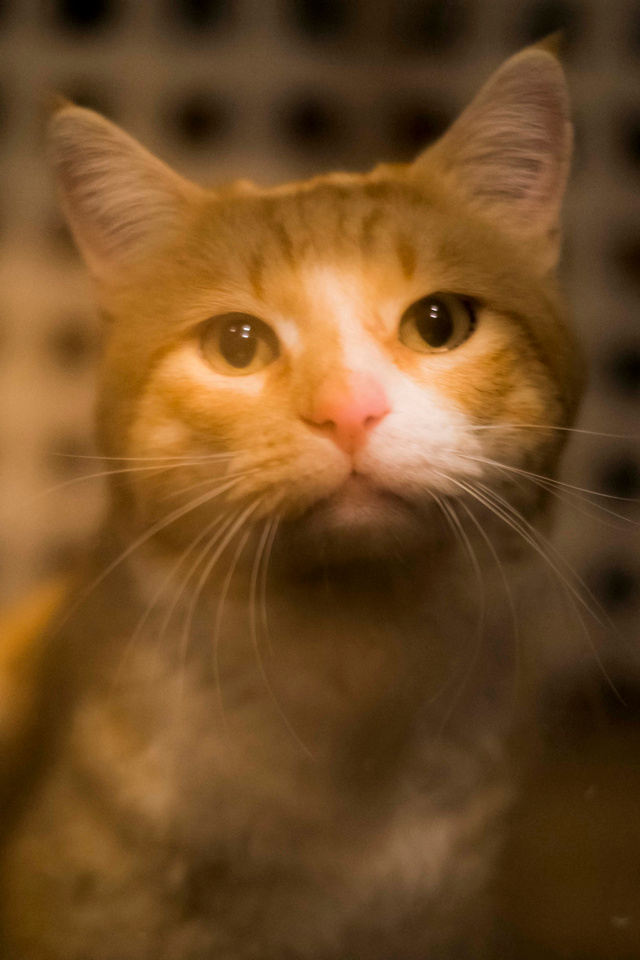 "Have I earned a meal yet?" 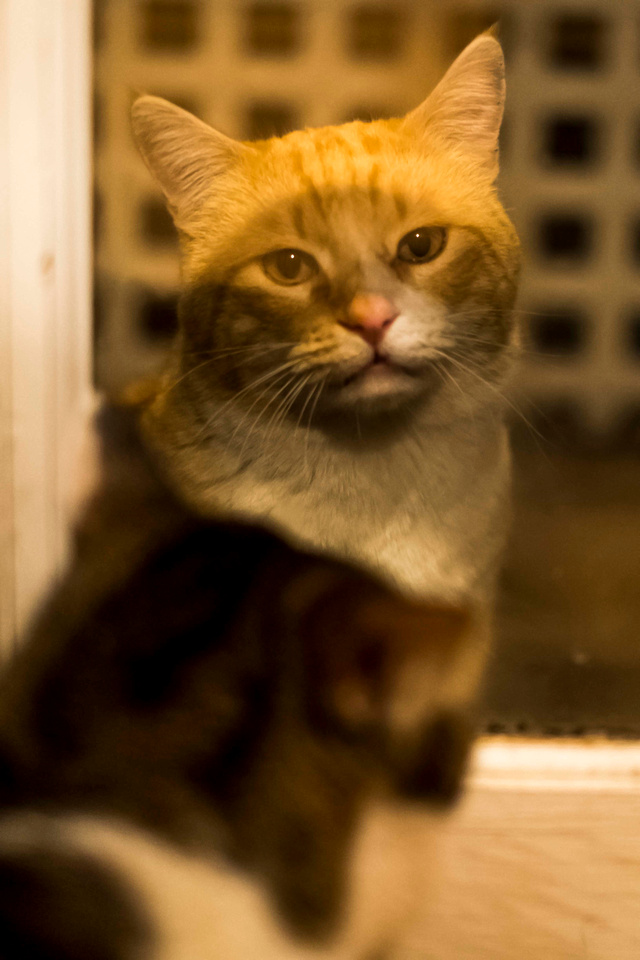 Spunk and Yellow facing off through the glass in the door.

T & L Photos
Thanks, Julie! he's still hanging out. I was just out petting him.
Julie(non-registered)
Oh he is beautiful ... I would have feed him too. I can just imagine how Spunk was .. such territorial animals aren't they? Grace our British shorthair has our other cat Eric bluffed. She won't let him inside the house so the poor lad lives in our garage! Imagine ...
T & L Photos
Thanks, Juanita! I'll have to keep an eye on him, but I think he belongs to one of our neighbors.
Juanita(non-registered)
They know who loves kitties. Maybe he will join the fam in time He is very handsome.
T & L Photos
Hi Teagan. you never know, but hunger seemed to be the main issue. Perhaps his owners went out of town for the weekend and he ran out of food. I'll keep and eye on him.
No comments posted.
Loading...
Subscribe
RSS
Recent Posts
Last Post on Zenfolio Walk, Run, Splash, Fly A Walk in the Snow We Wish You a Merry Catmas Cranes, Train & A Full Moon on Winter Solstice I Had A Dream Shrink Wrapped Fly Away Fire & Phantasm First Snow on the 2nd
Archive
January February March April May June July August September October November December
Timothy Price
Powered by ZENFOLIO User Agreement
Cancel
Continue