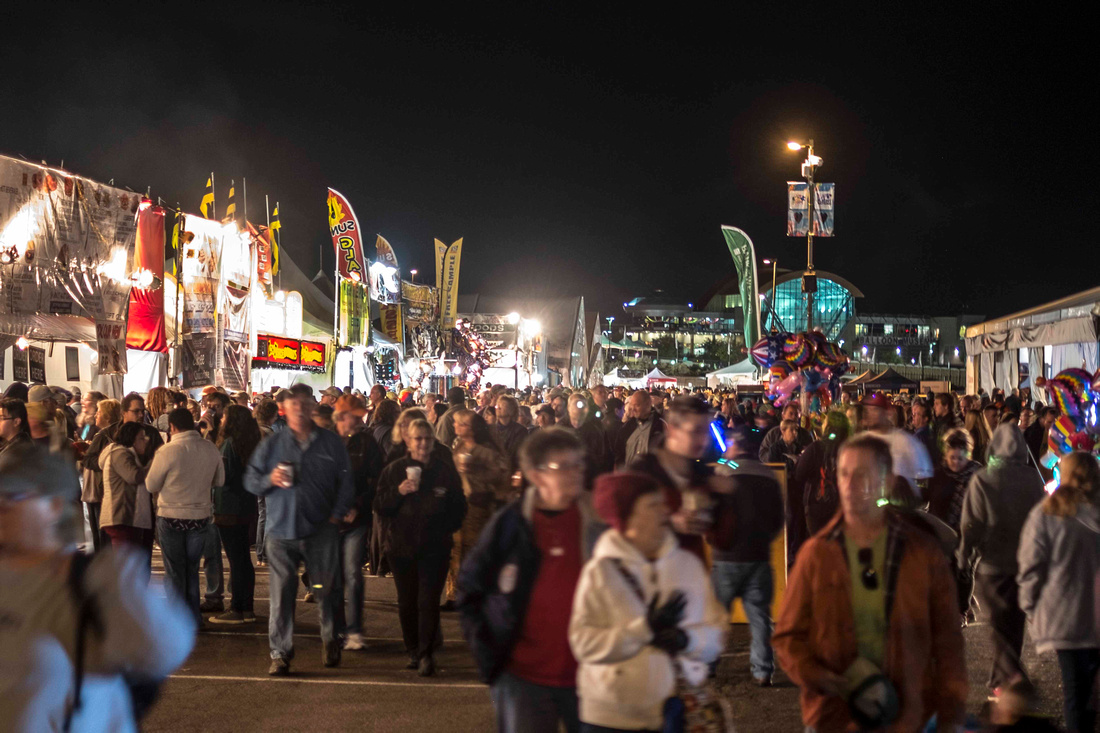 The crowd was already thick by 5:30 am as I made my way over to the media tent.

Crowd waiting for the glow to start are lit up by a truck trying to make it's way through the crowd. 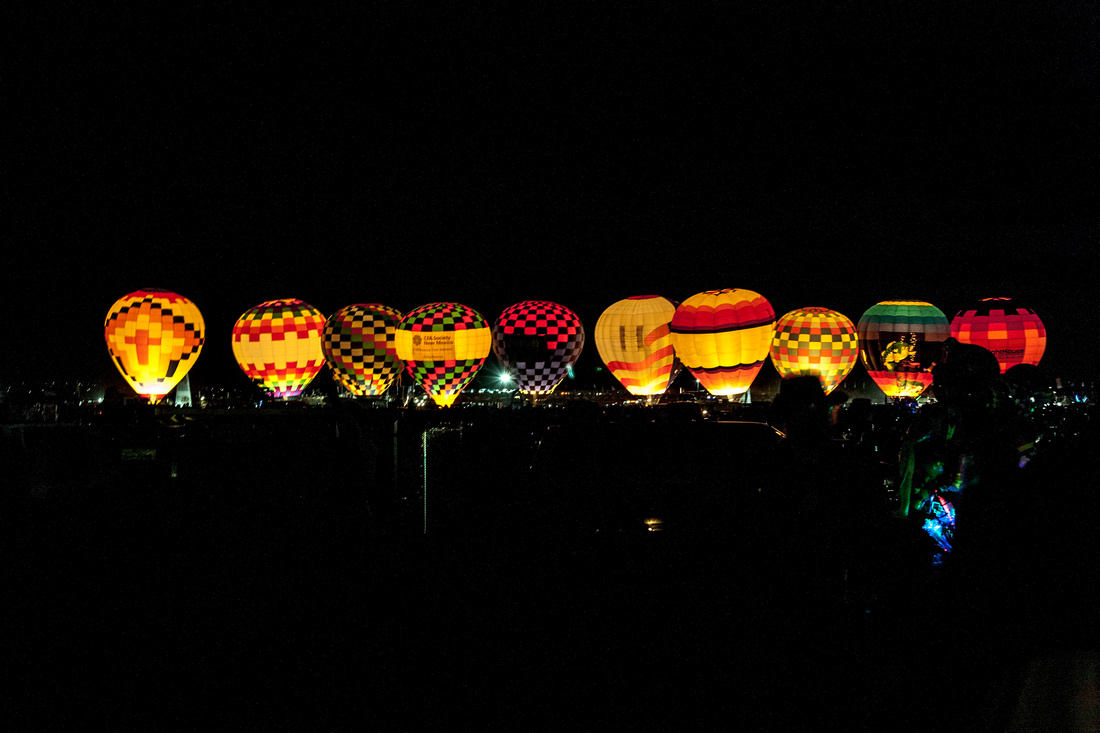 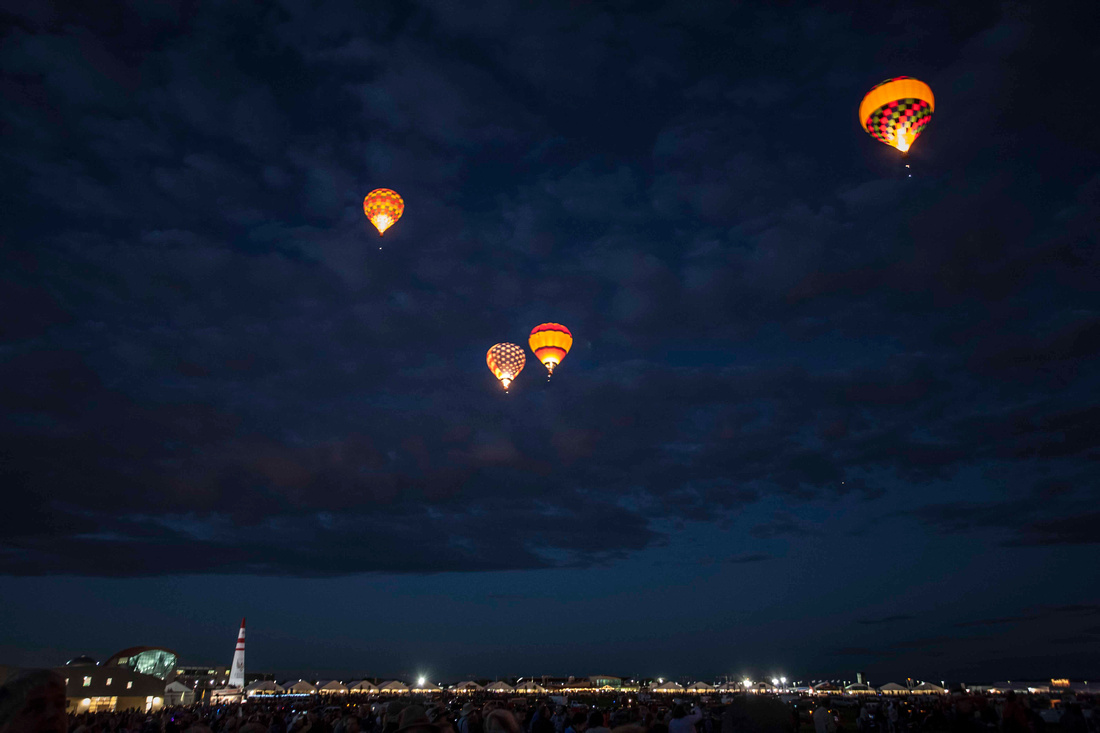 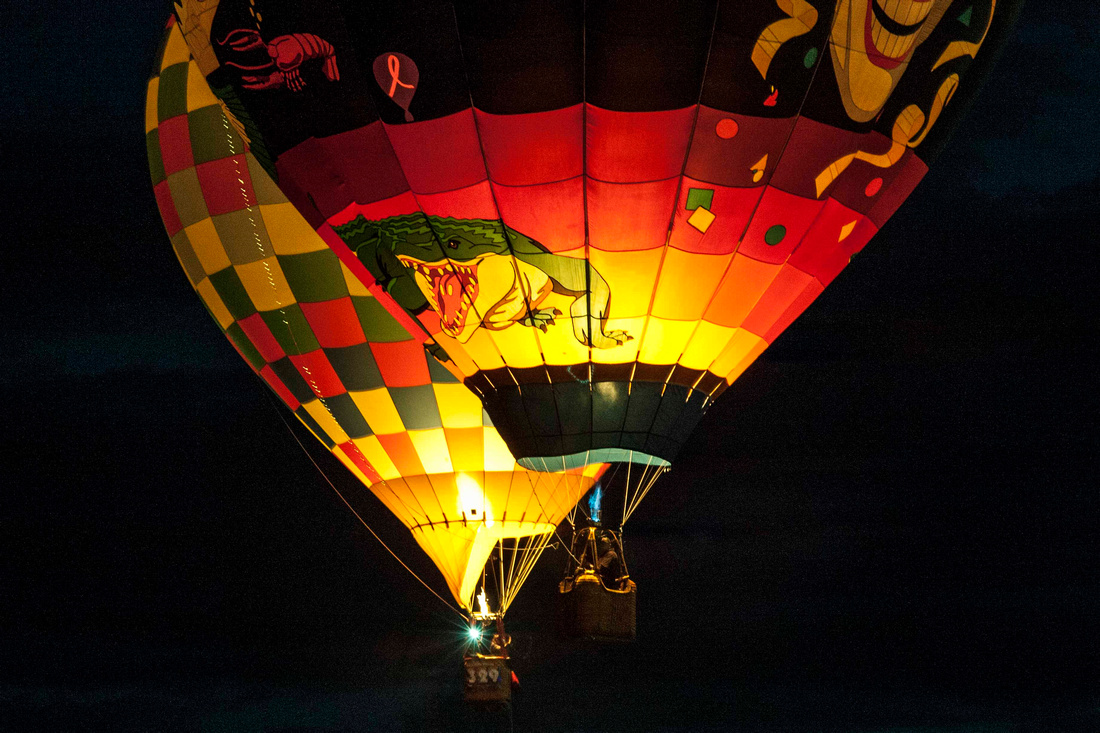 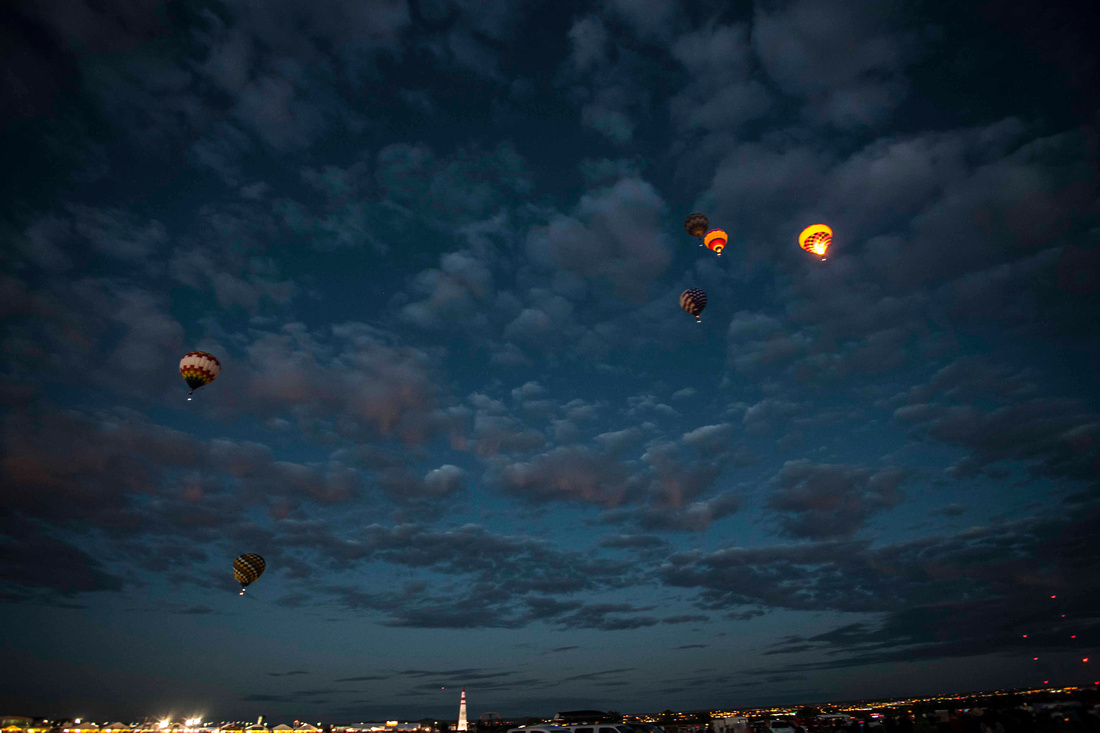 All the balloons from the glow up in the air. 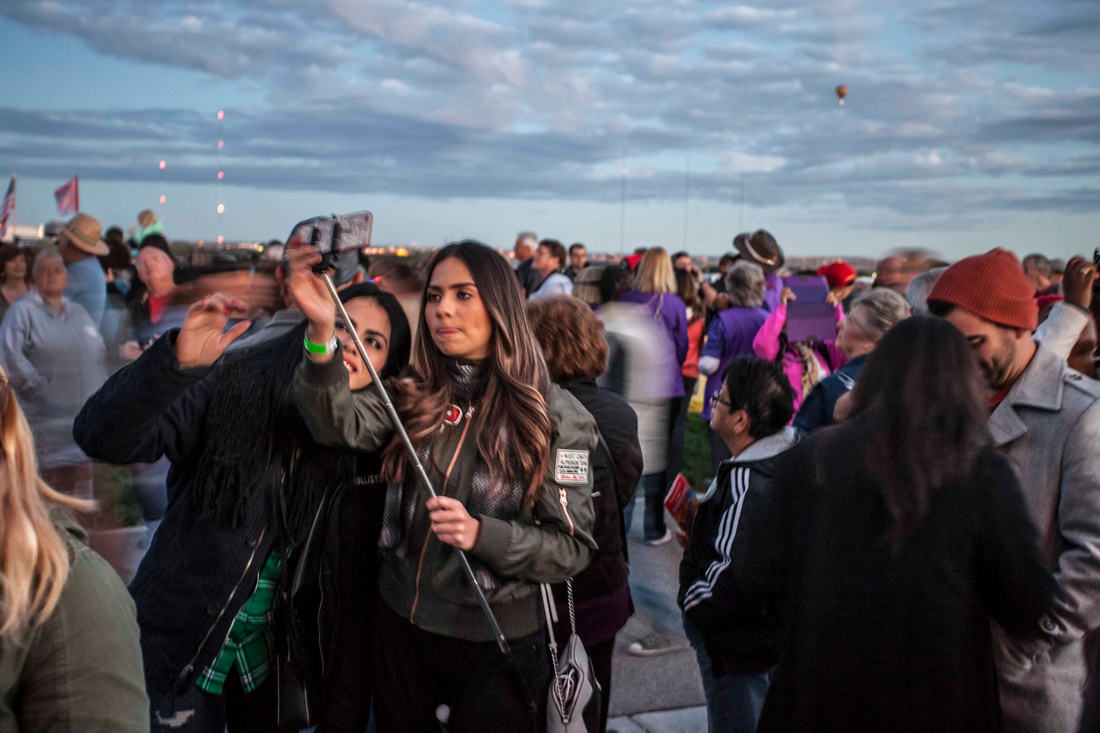 There were lots of people with selfie sticks. 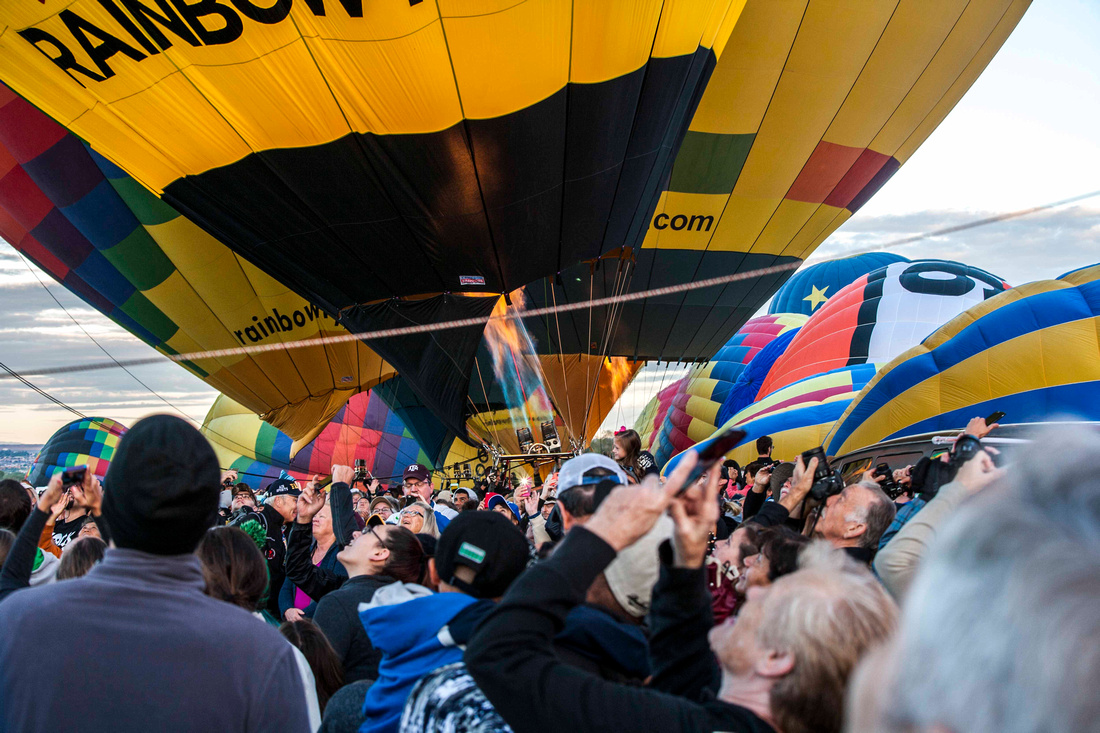 Balloons firing up to launch among the crowd. 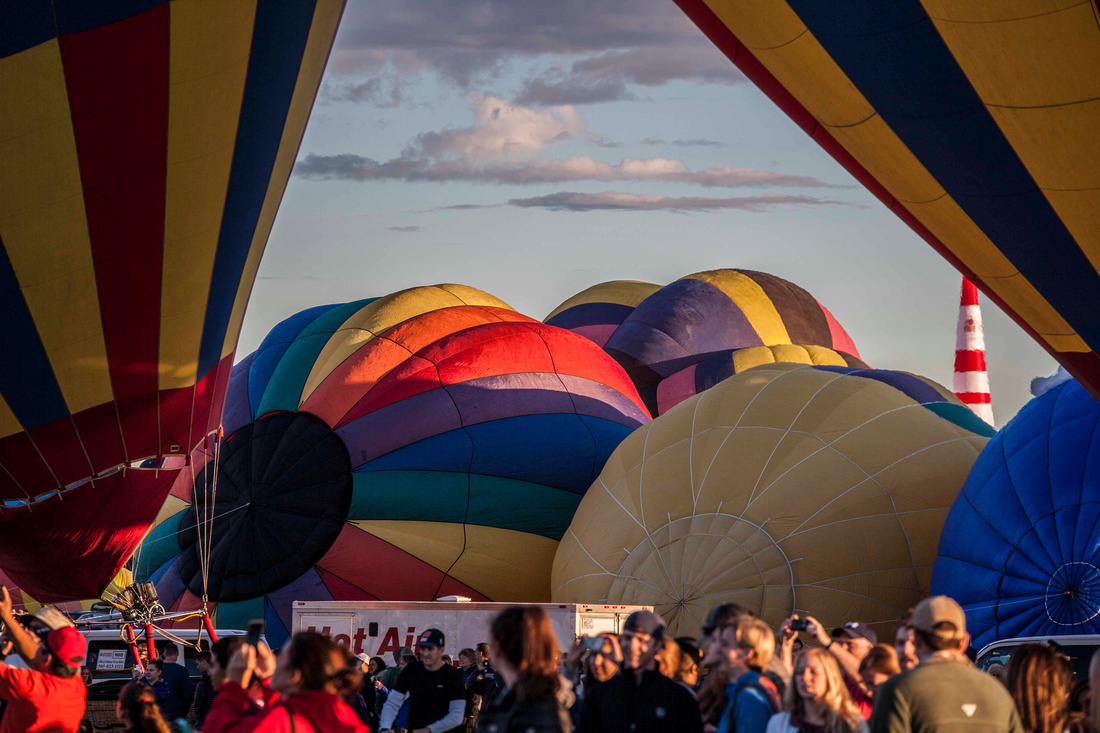 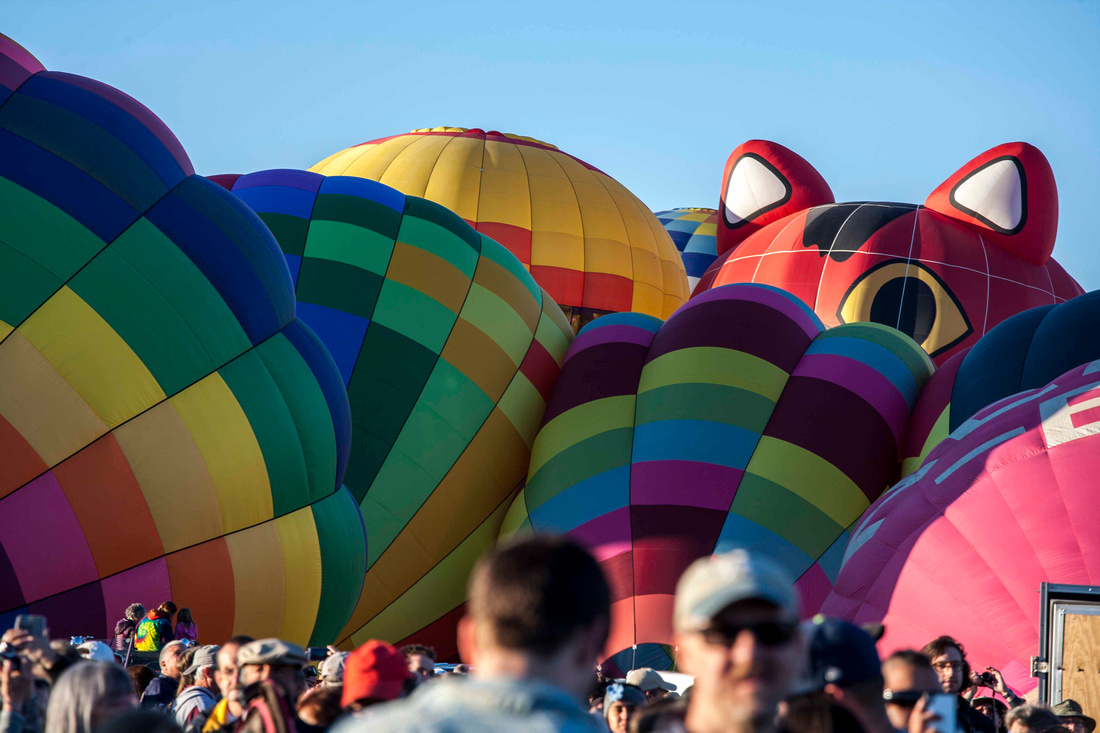 The balloons are as packed in as the people. 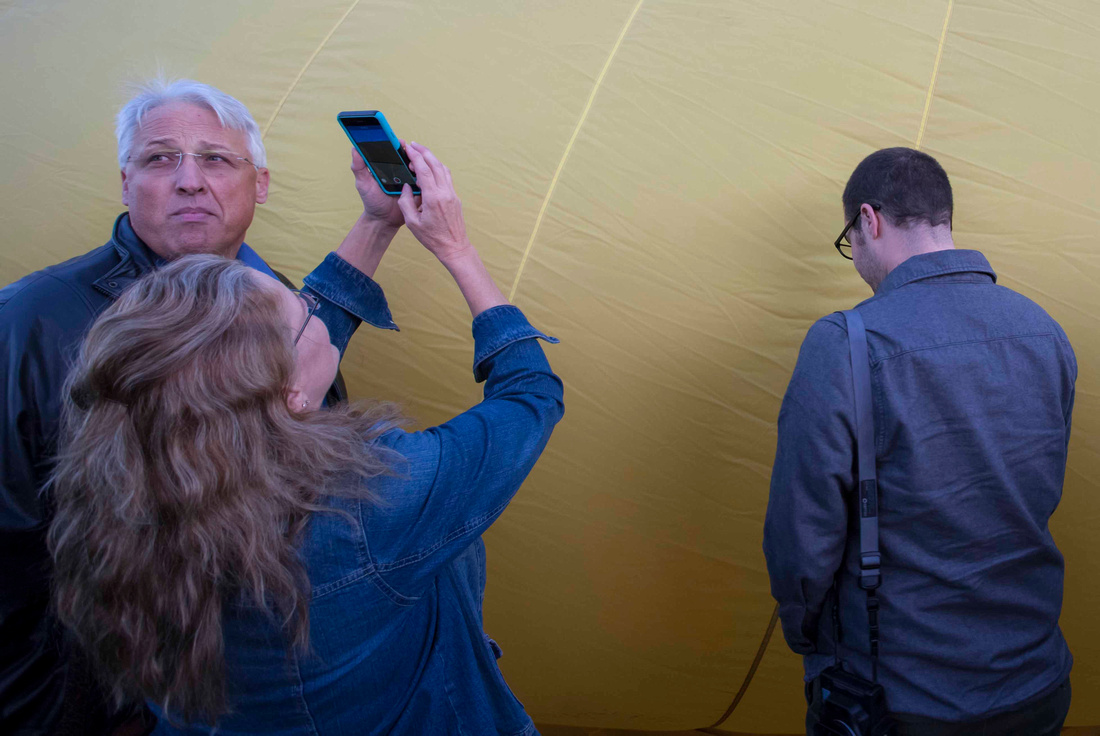 I'm not sure what the guy on the right is doing. 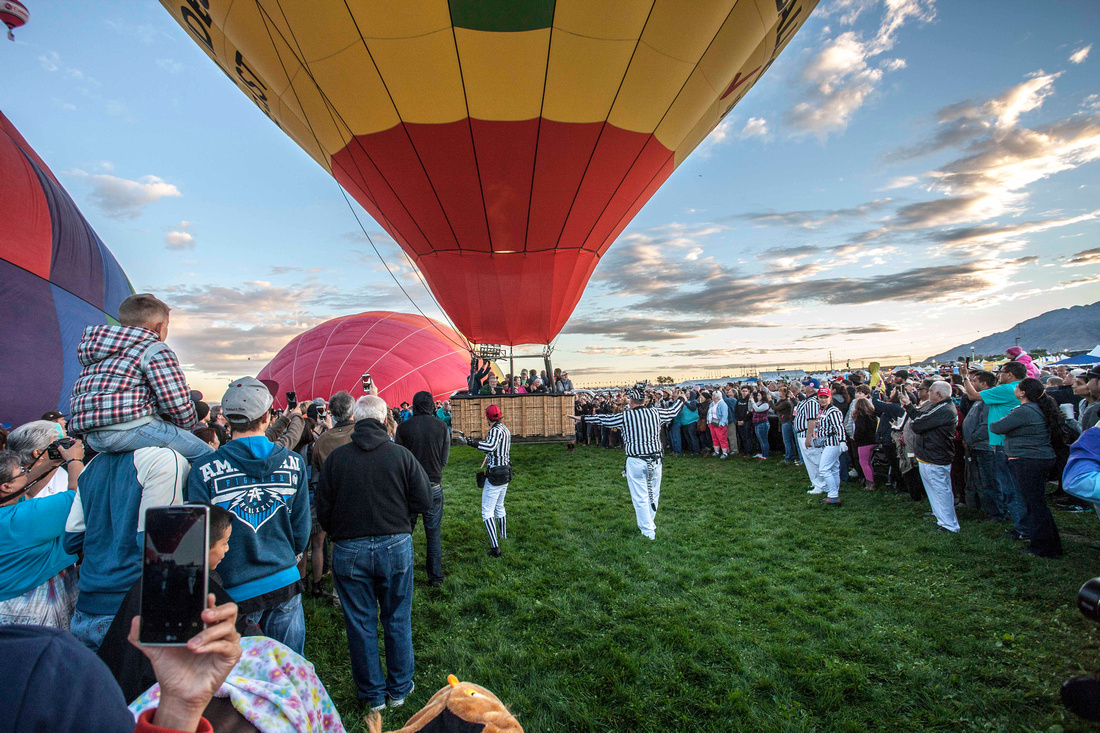 The referees making space for the balloon to launch. 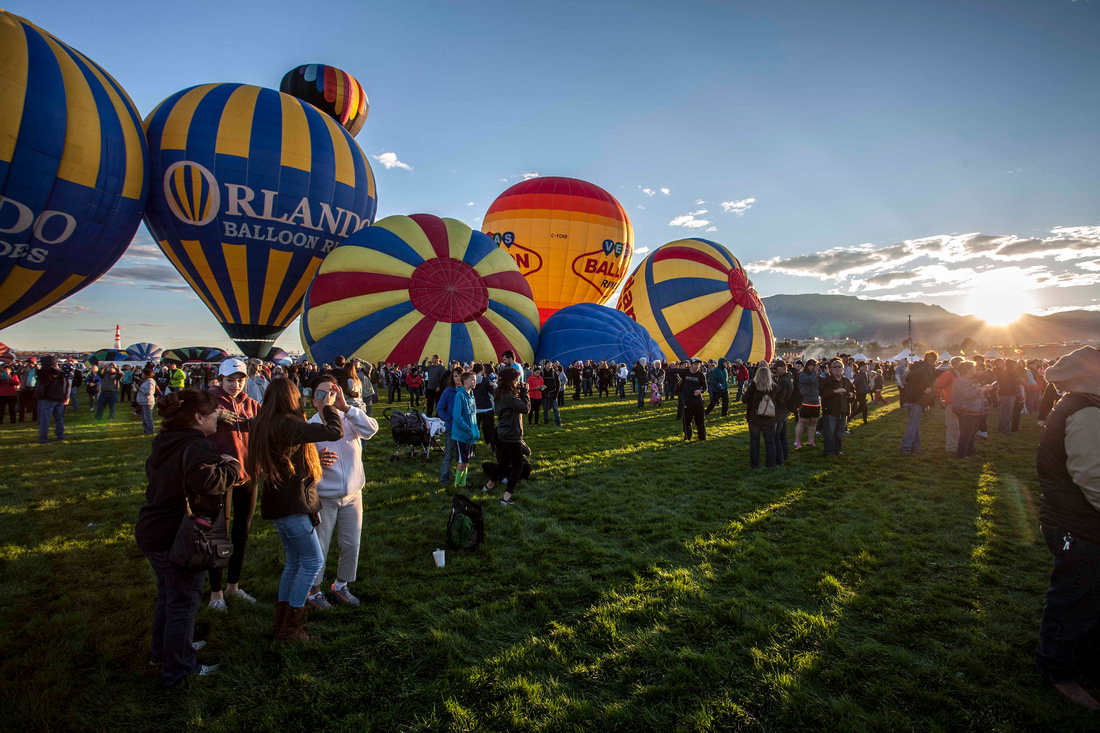 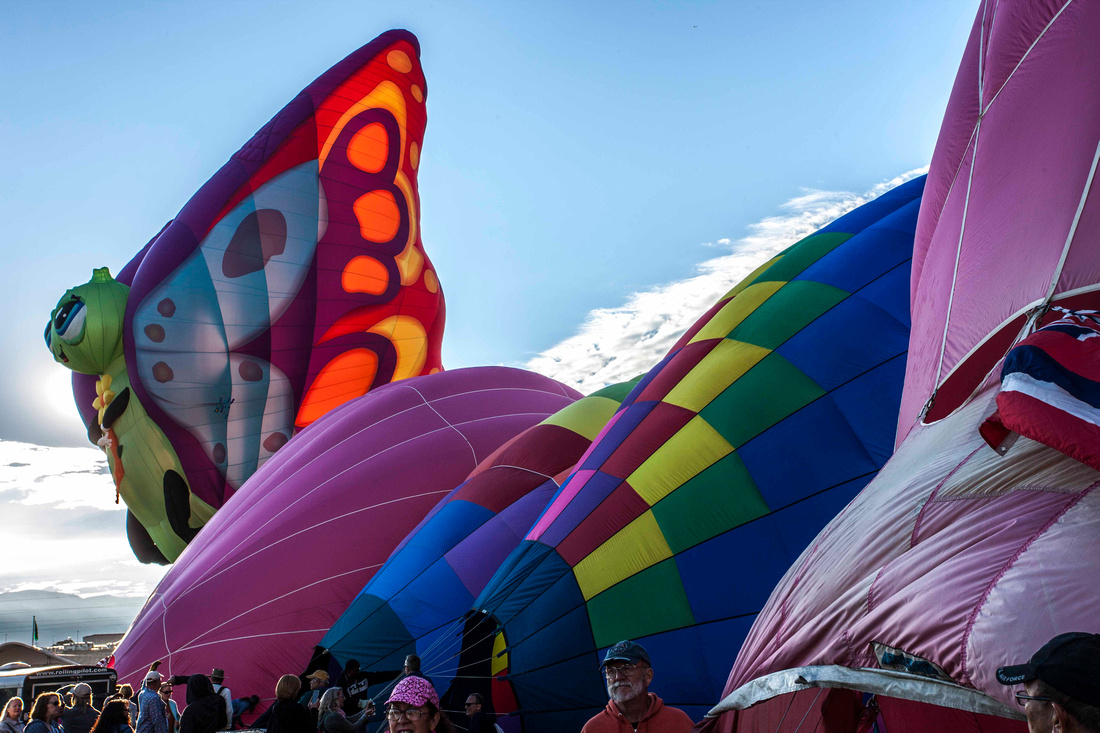 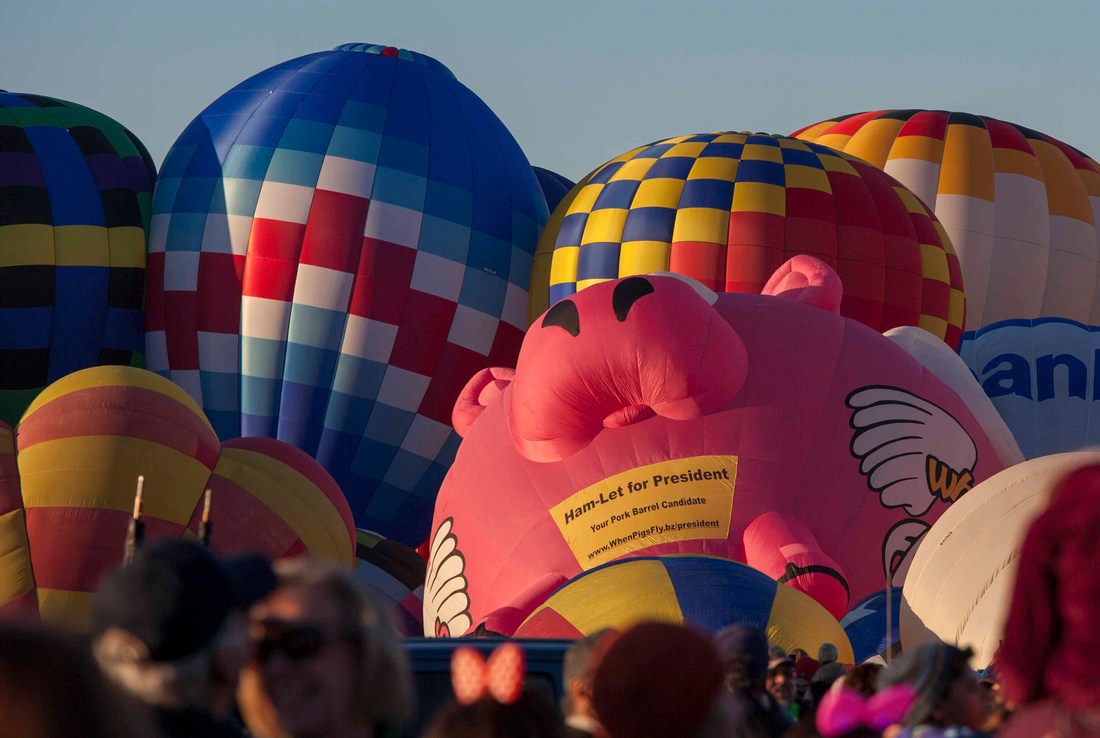 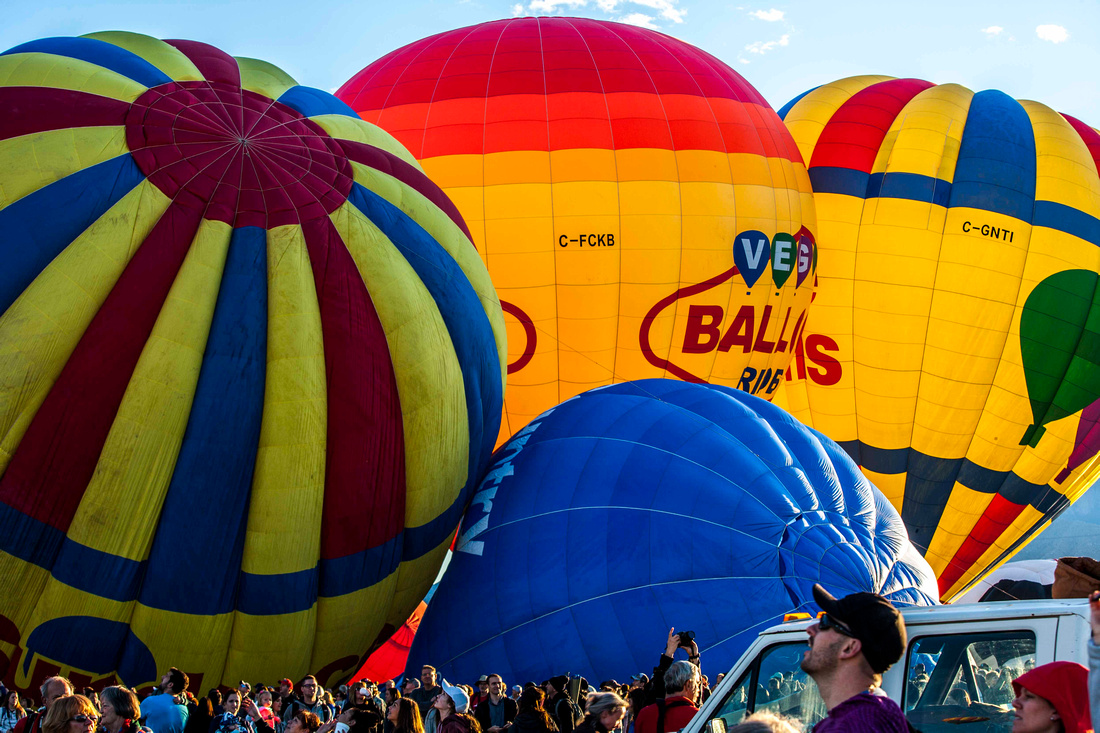 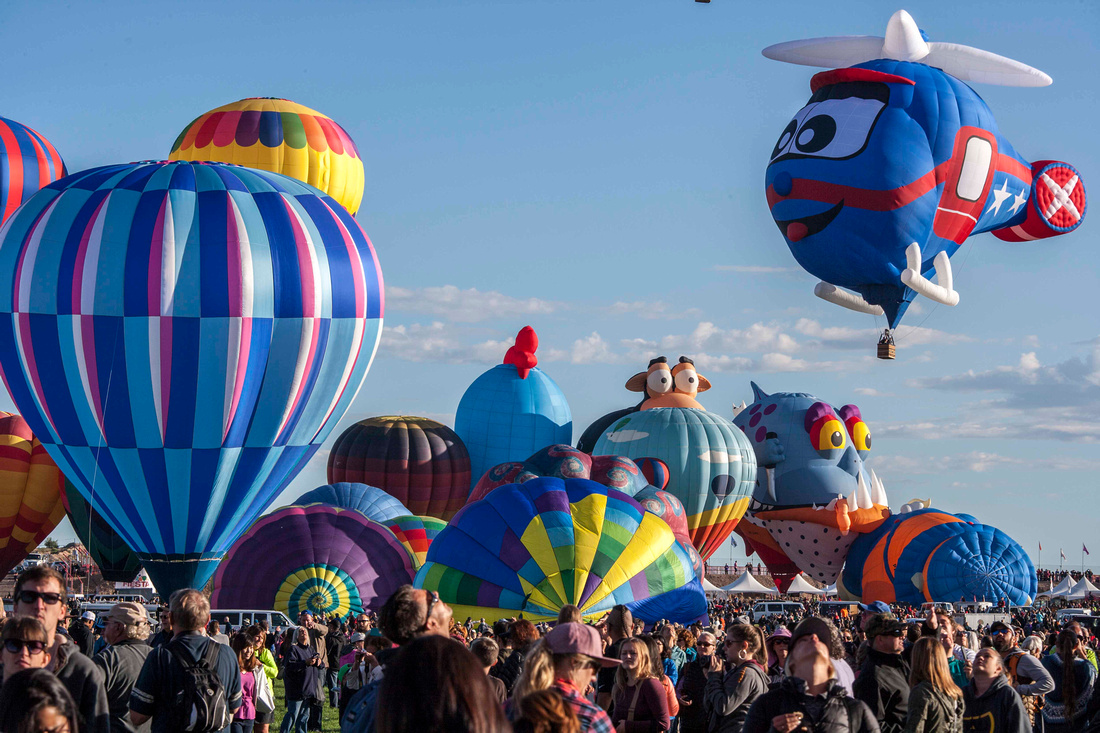 Special shapes started inflating later than most of the other balloons. 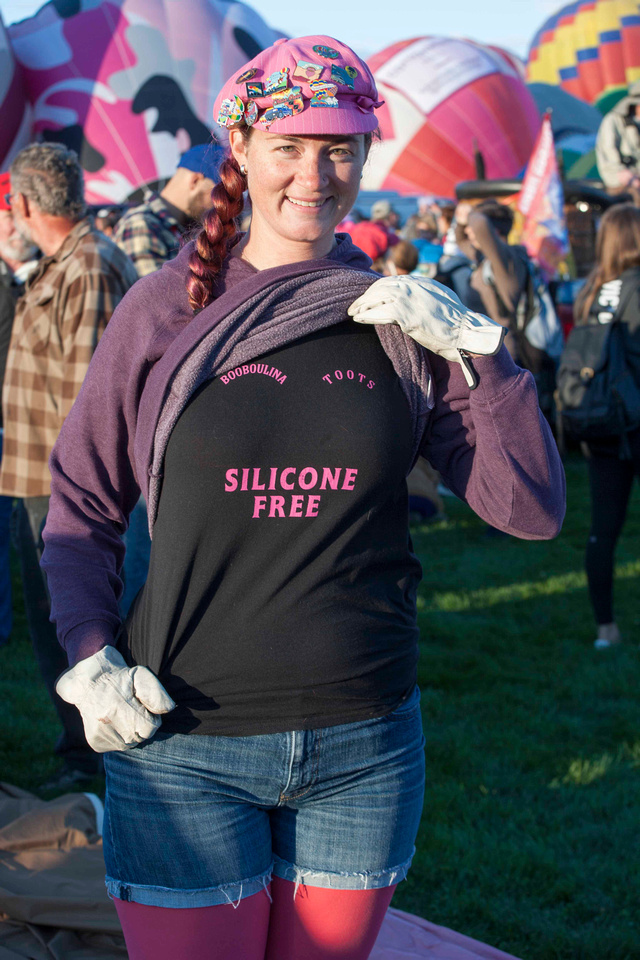 This young woman said "Wait! I want to show you something" and proceeded to lift her shirt. She was proud to be silicone free. 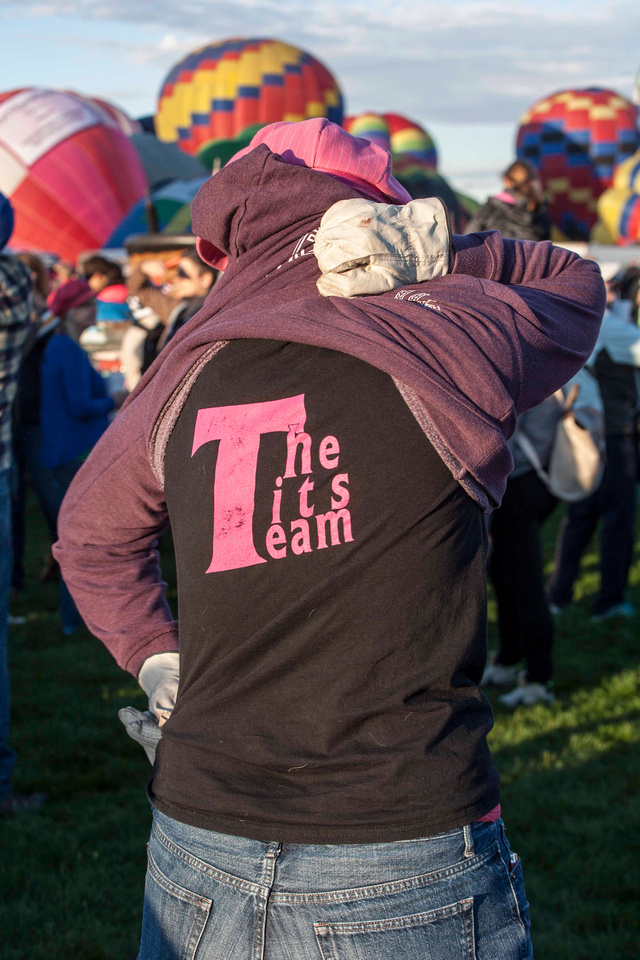 She was also proud to be a crew member for TTT. They had a pink balloon. 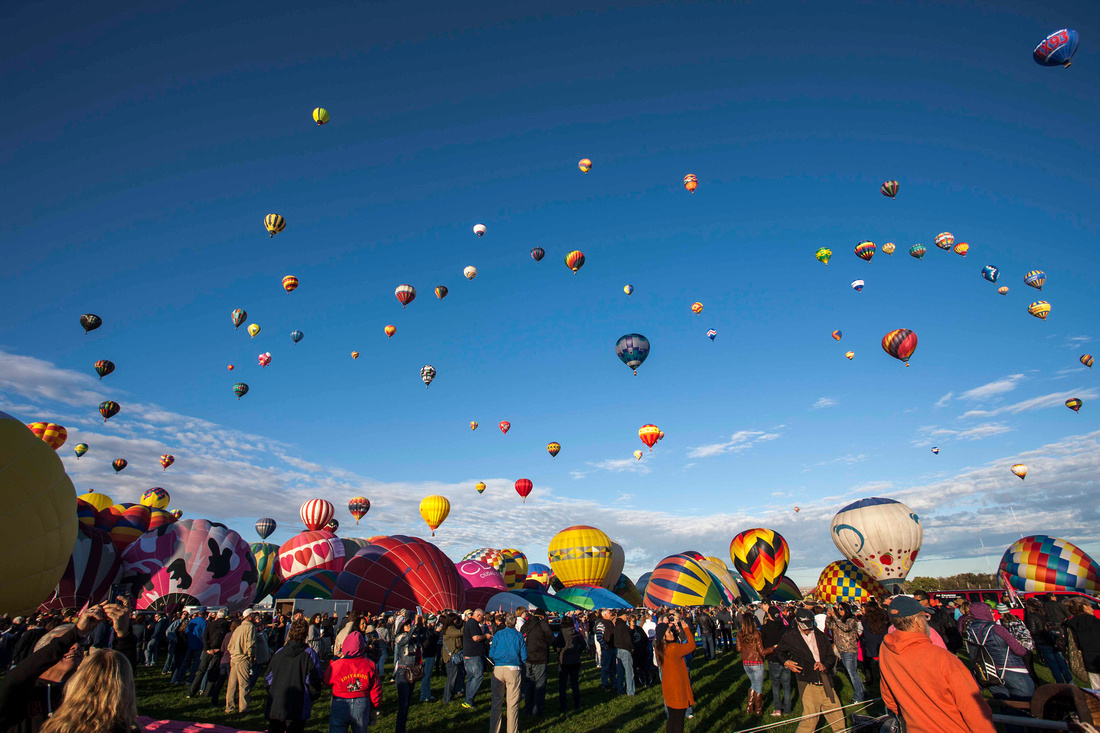 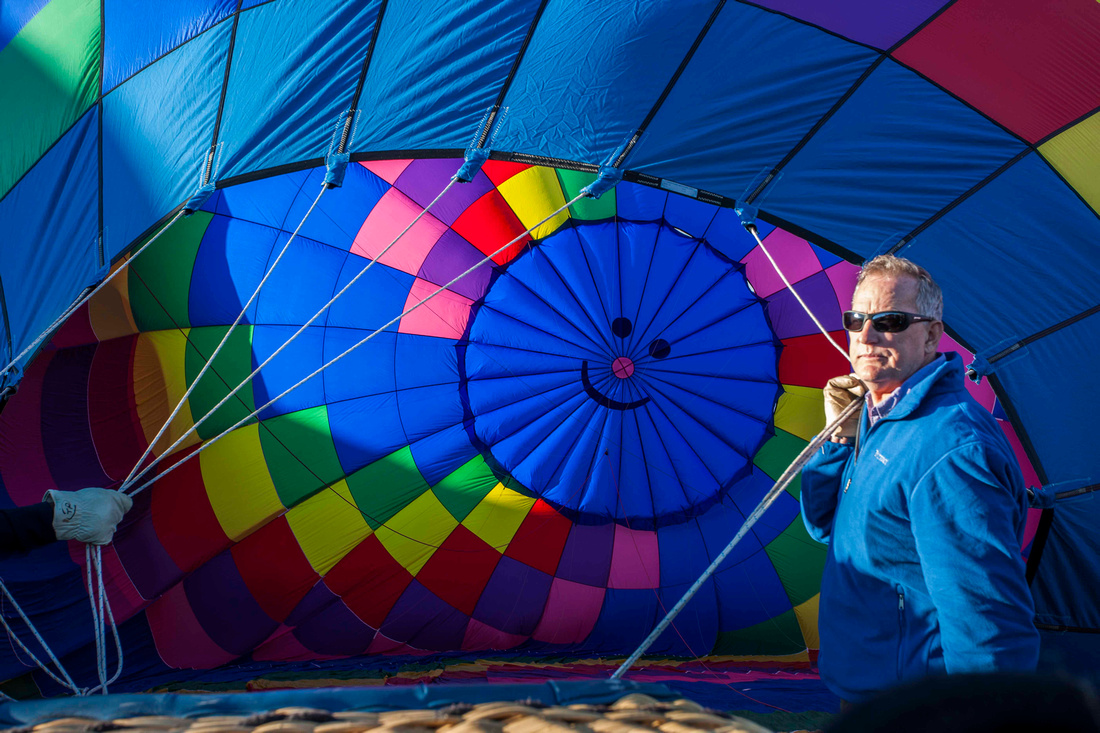 Smiley Face makes up the top of the balloon. 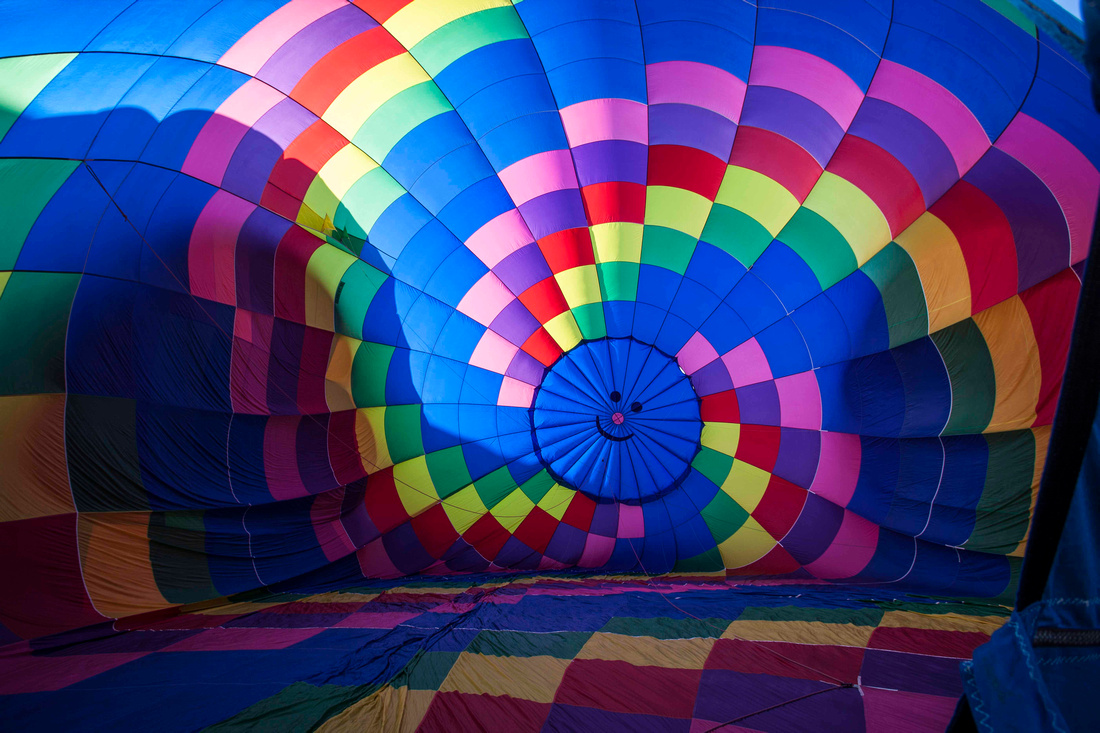 A view inside the Smiley balloon. 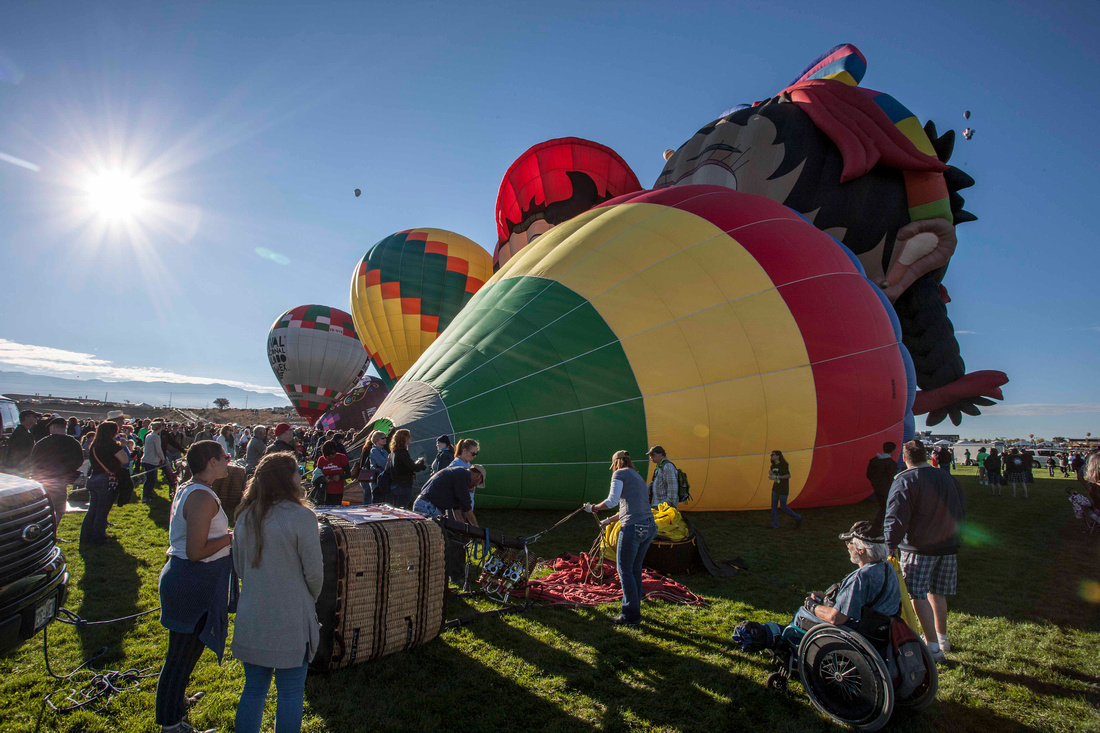 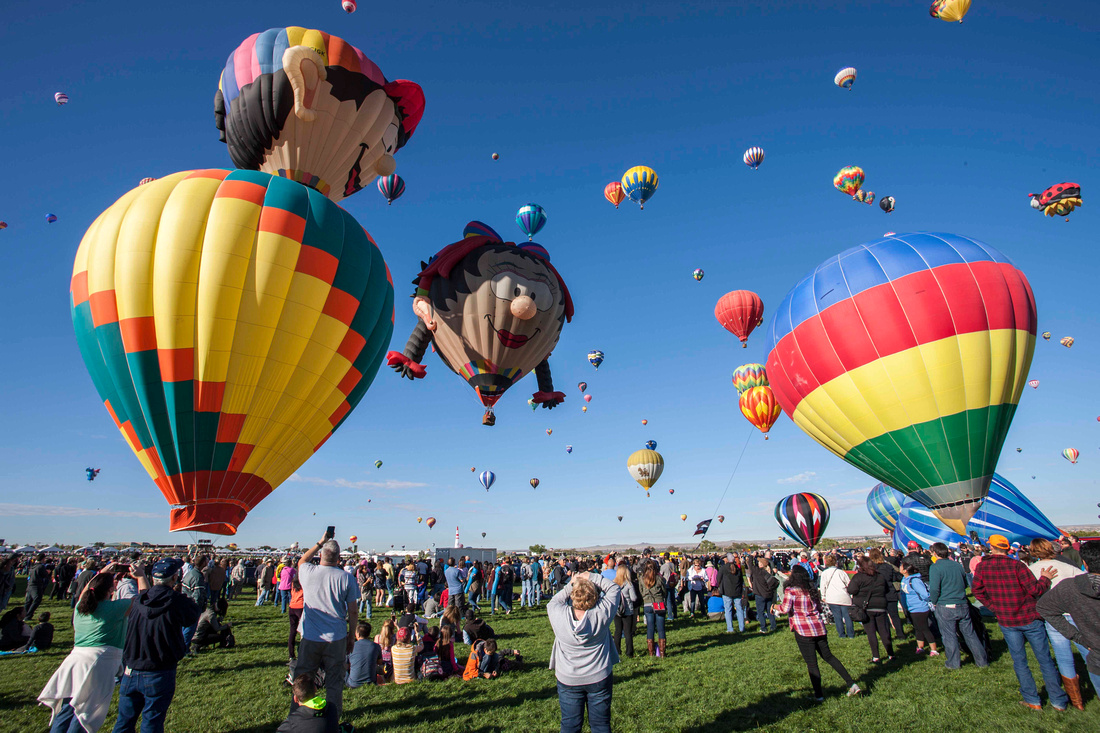 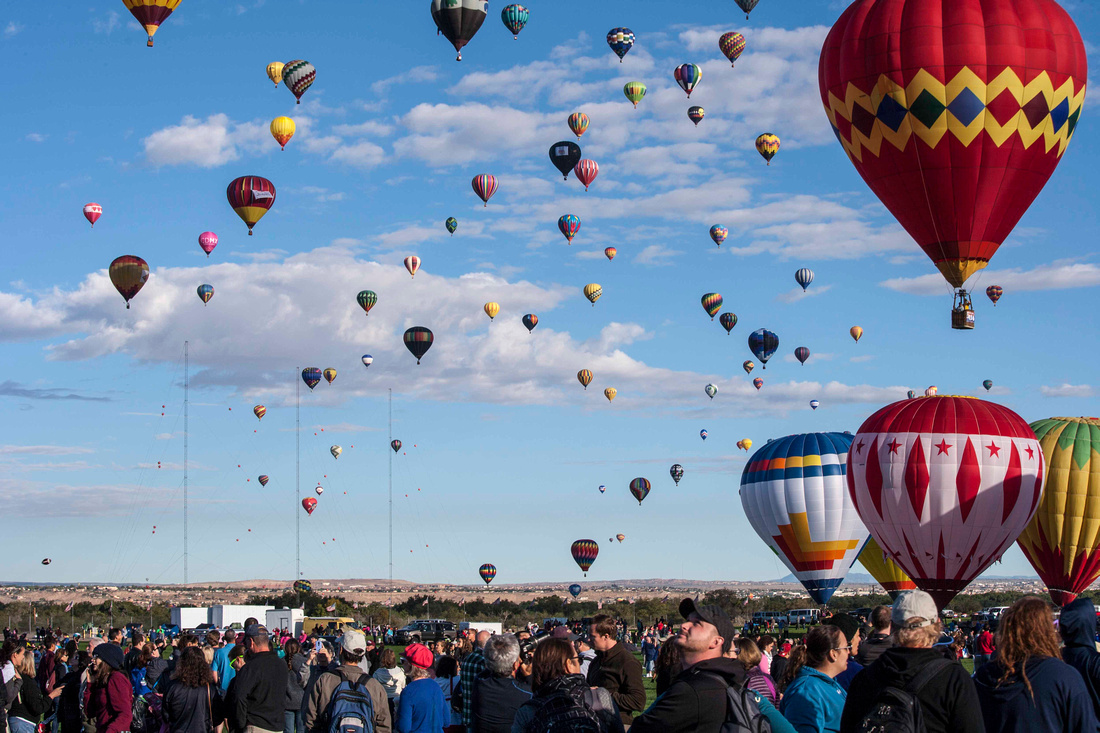 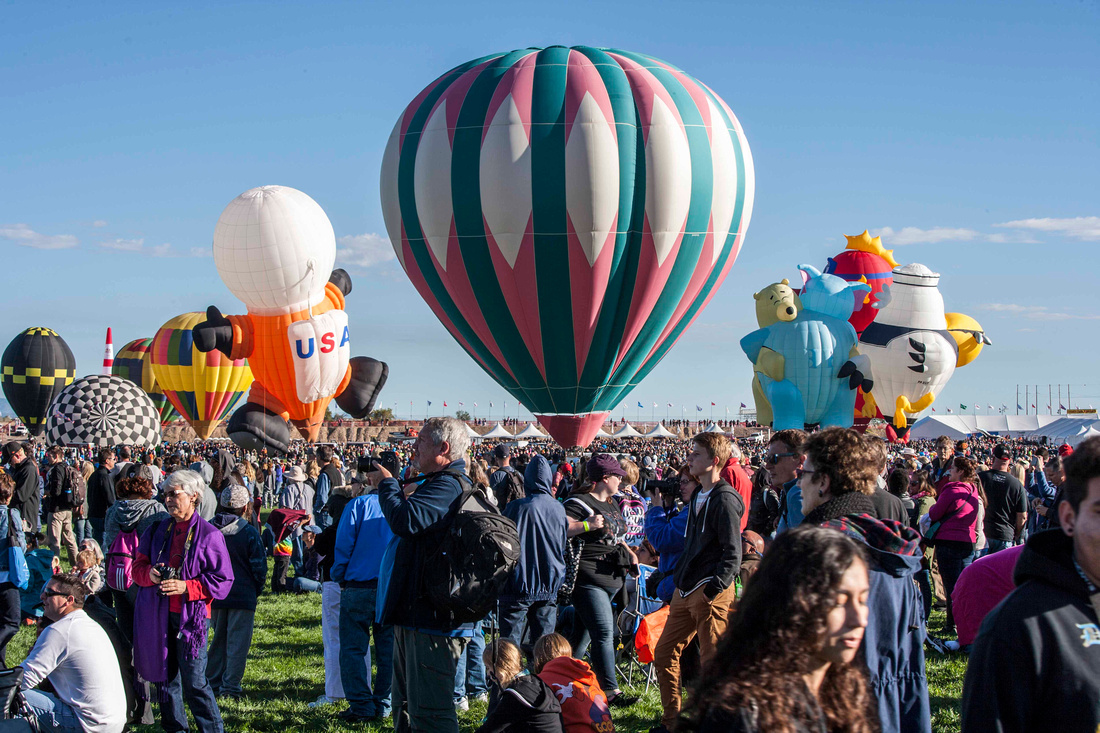 This shot gives you an idea of the sea of people on the field. 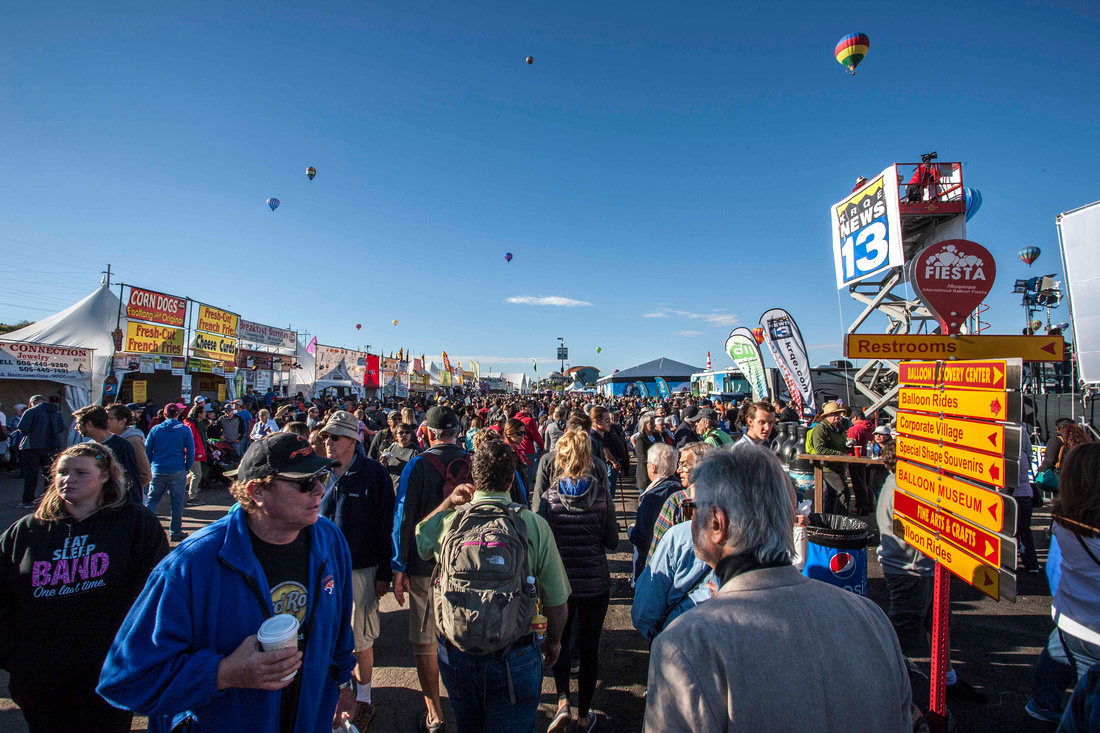 The crown was thick in places along the vendor strip I couldn't get through and had to go into the launch field to make my way around.

T & L Photos
Thanks, Julie!
Julie(non-registered)
These images are sensational! Thank you for sharing
T & L Photos
Thanks, Ann!
Ann Mogford(non-registered)
I feel like I've attended the Balloon Fiesta...thanks so much for your fabulous photos...
T & L Photos
Thanks for visiting, Anne. The Balloon Fiesta is a sight.
No comments posted.
Loading...
Subscribe
RSS
Recent Posts
Last Post on Zenfolio Walk, Run, Splash, Fly A Walk in the Snow We Wish You a Merry Catmas Cranes, Train & A Full Moon on Winter Solstice I Had A Dream Shrink Wrapped Fly Away Fire & Phantasm First Snow on the 2nd
Archive
January February March April May June July August September October November December
Timothy Price
Powered by ZENFOLIO User Agreement
Cancel
Continue