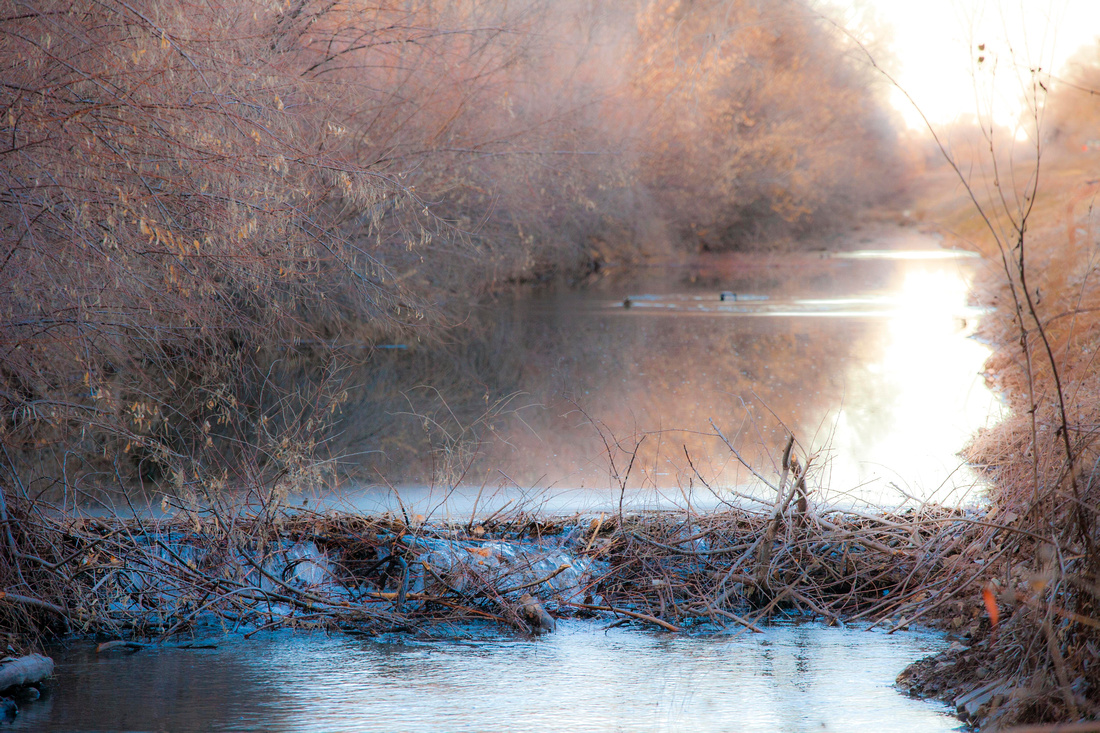 Looking at the beaver dam from under the bridge.

The Bestiary, or Book of Beasts, written between 1220 and 1250, describes the beaver as fallows:

“There is an animal called the beaver, which is quite tame, whose testicles are excellent as medicine. The naturalists say of it that when it realizes that hunters are pursuing it, it bites off its testicles and throws them down in front of the hunters, and thus takes flight and escapes. If it so happens that another hunter follows it, it stands up on its hind legs and shows its sexual organs. When the second hunter sees that it has no testicles, he goes away. …The beaver (castor) is so called because it castrates itself.”†

The Castor canadensi in our clear water ditch seem to have given up castrating themselves, as they have the balls to keep building dams after Conservancy staff tear the beavers’ dams out. So far the beavers have built their third dam in the same place after the first two were torn out over the past couple months.

†Excerpt from Bestiary MS Bodley 764. Pages 43 and 44. “Bestiary being an English version of the Bodleian Library, Oxford M.S. Bodley 764 with all the original miniatures reproduced in Facsimile. Translated and introduced by Richard Barber. The Boydell Press. Woodrifge. 1999” 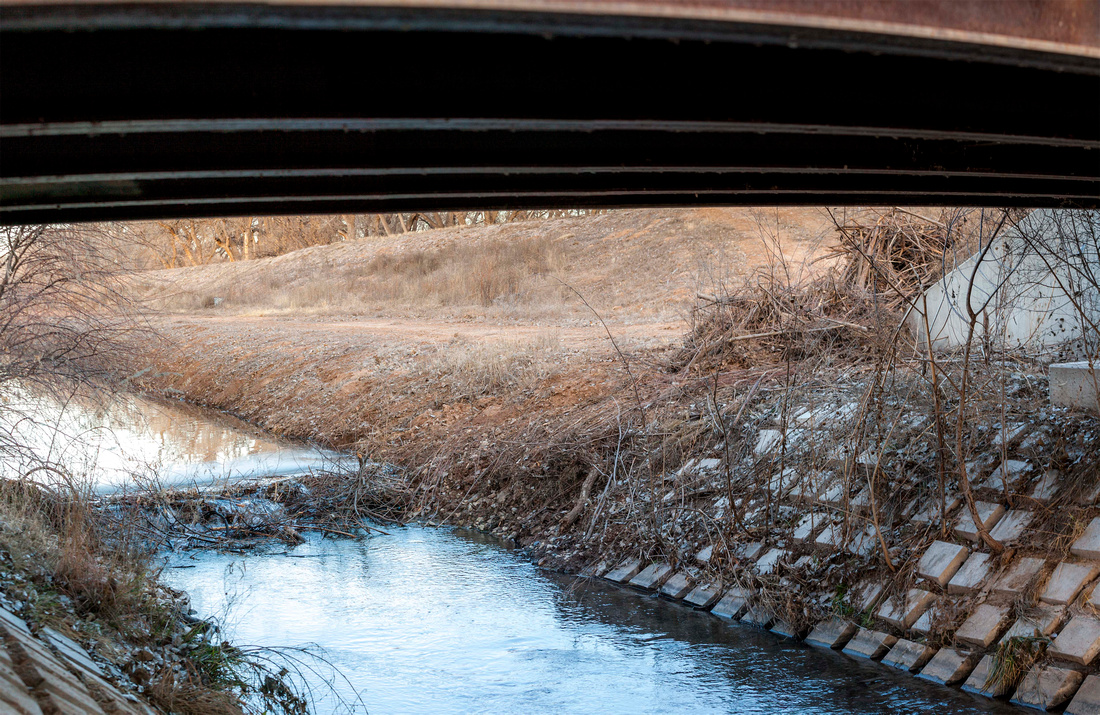 Beaver dam from under the bridge on the bank of the clearwater ditch, The debris from the previous dams the Conservancy tore out is piled up on the other side of the ditch. 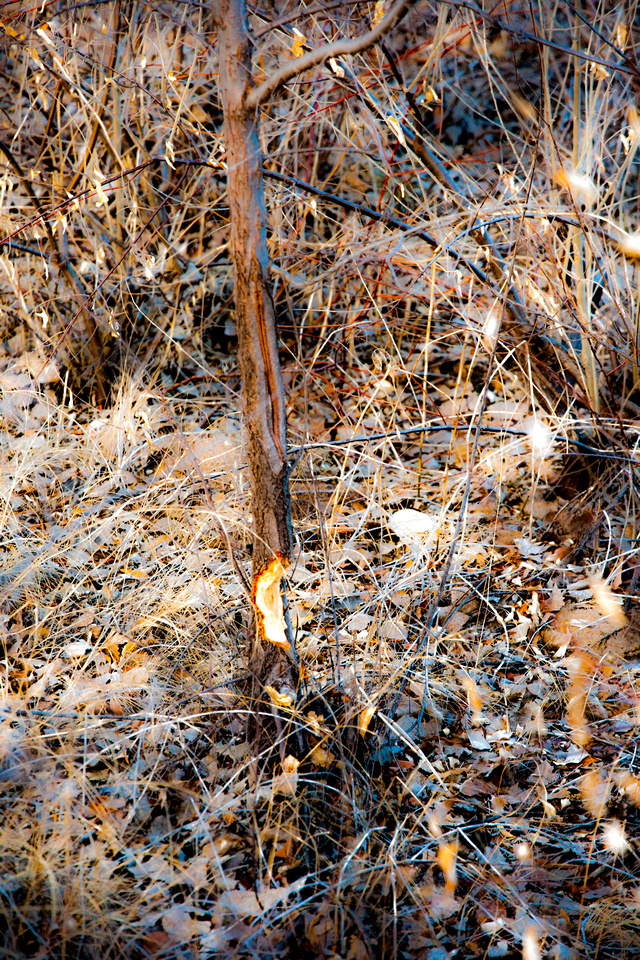 A little elm tree the beavers have been gnawing on. 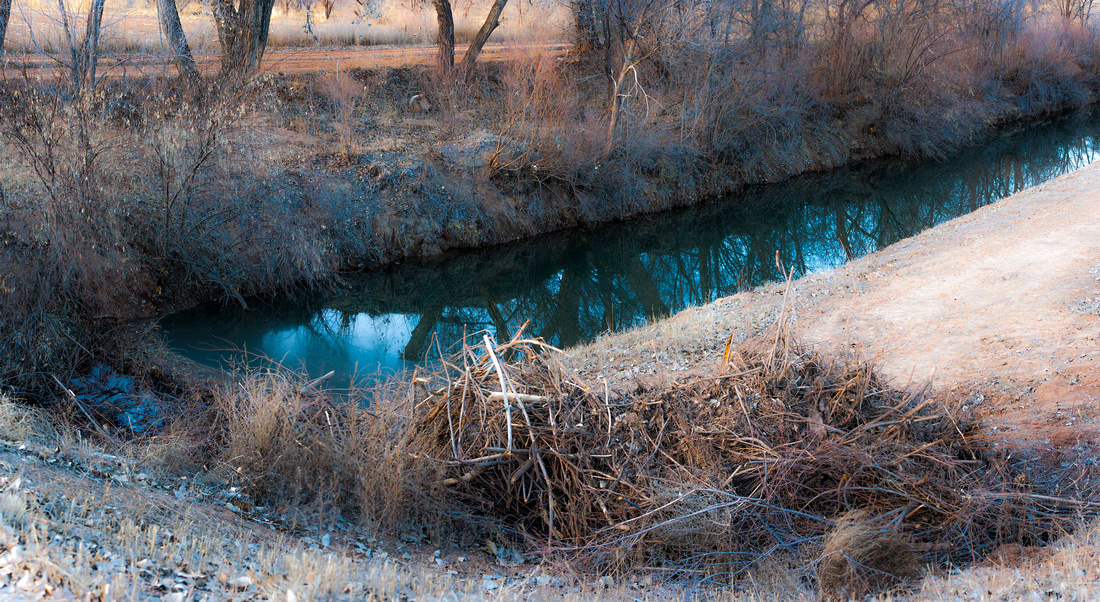 Piles of debris from previous dams with the latest dam rebuilt in the same place as the other dams. 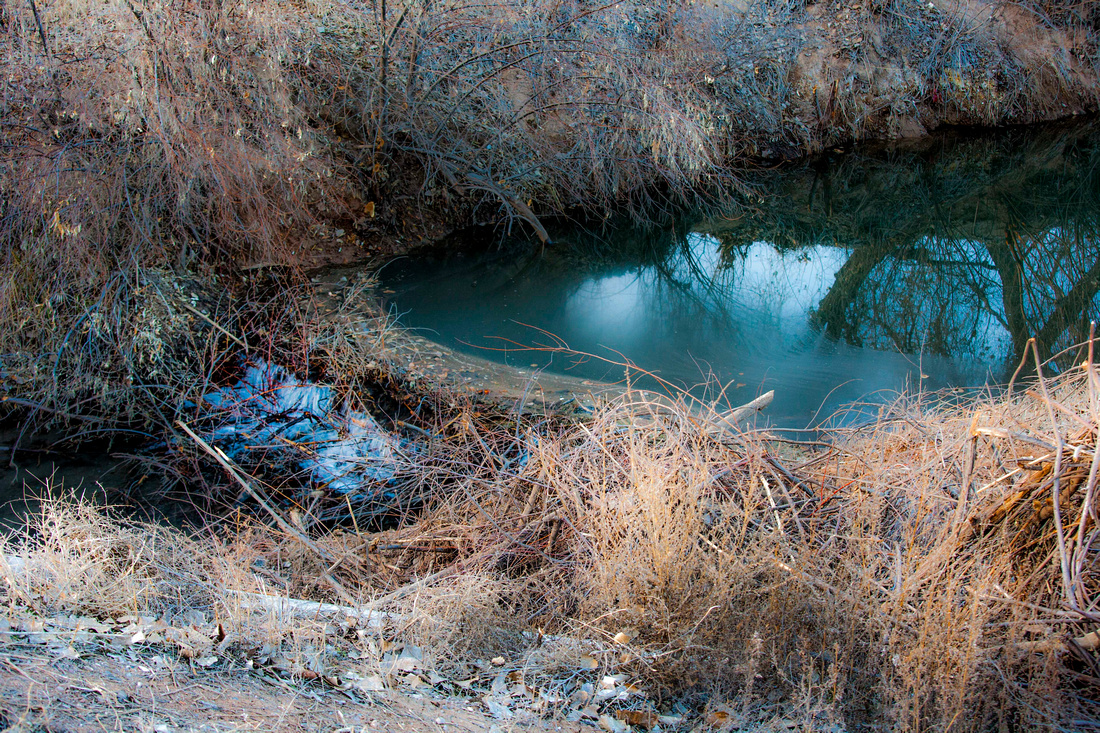 T & L Photos
Thanks, Miz Shaaz! I had never thought about having Beavertails and hot chocolate.
MizShaaz(non-registered)
Amazing photos! The reward for skating across the Ottawa Rideau Canal to Dow's Lake the winter is to have Beavertails and hot chocolate for lunch:). Sadly I never had to chance to do it while I lived there.
T & L Photos
Thanks, Susan! 766 year old tidbits.
Susan Brandt Graham Photography
That was a post full of tidbits I had never heard.

Love the images, and that the beavers keep building their dams in the same place. :-)))))))))
T & L Photos
Hi Julie. But you have all those marsupials and other cool critters.
No comments posted.
Loading...
Subscribe
RSS
Recent Posts
Last Post on Zenfolio Walk, Run, Splash, Fly A Walk in the Snow We Wish You a Merry Catmas Cranes, Train & A Full Moon on Winter Solstice I Had A Dream Shrink Wrapped Fly Away Fire & Phantasm First Snow on the 2nd
Archive
January February March April May June July August September October November December
Timothy Price
Powered by ZENFOLIO User Agreement
Cancel
Continue