When we walked over to 320 Gold S.W. to climb stairs, a Sheriff's Deputy was taping off the area around the entrance, and there were ropes hanging down from the top of the building. I asked what was going on and he said they were having a fundraiser for some charity. As we walked around the taped off area, a woman was announcing over a loud speaker that for a donation of $500 anyone could go up and rappel down the side of the building. When we got to the top floor the door to the 16th floor was open, and I looked in and saw that the door to the roof was also open. The women standing at the door said I could go out and take photos. I had just finished taking a few shots when two men started rappelling down the side of the building. I ran down the 36 flights of stairs, and when I stepped outside, they were about halfway down. I got a few more shots as they made their way down the brick wall, and over the windows to the sidewalk below — they got a round of applause from the people standing on the street watching when they touched down. 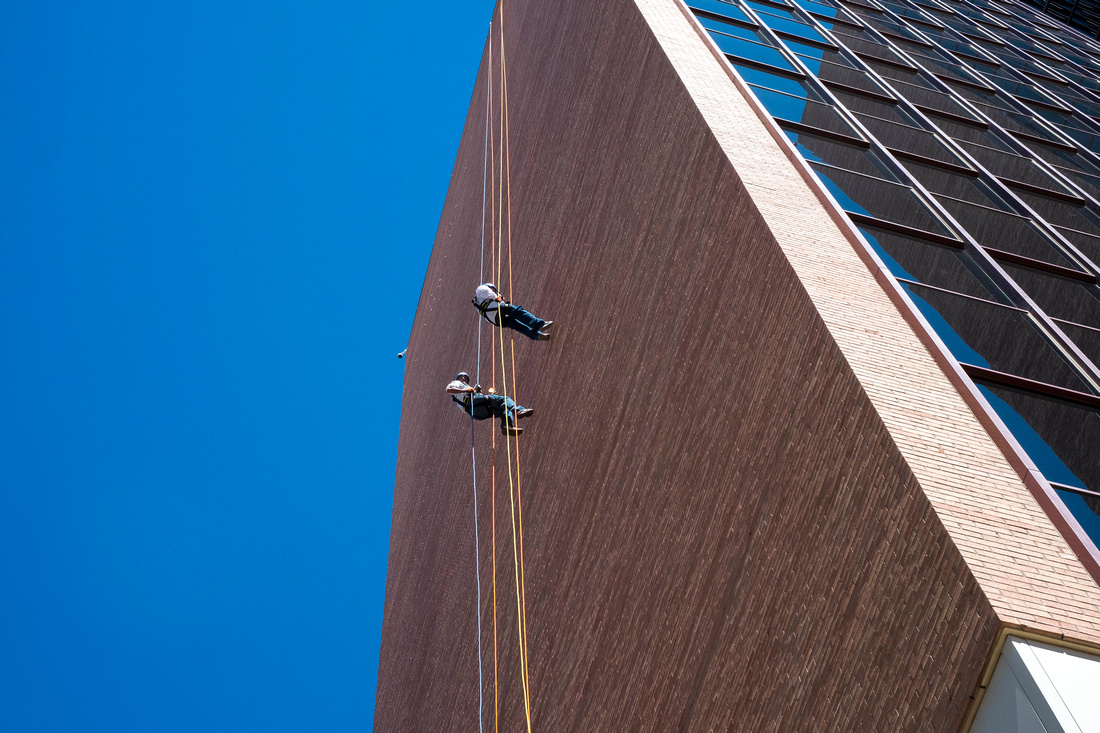 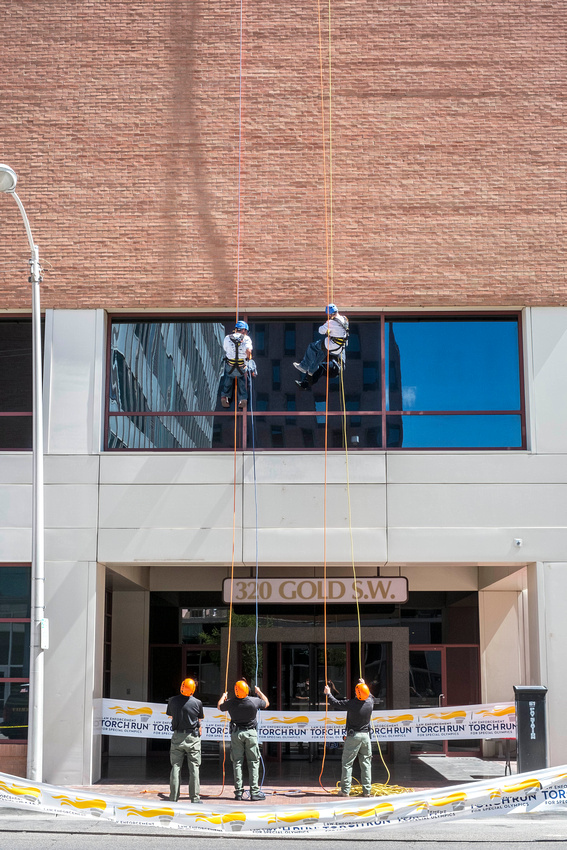 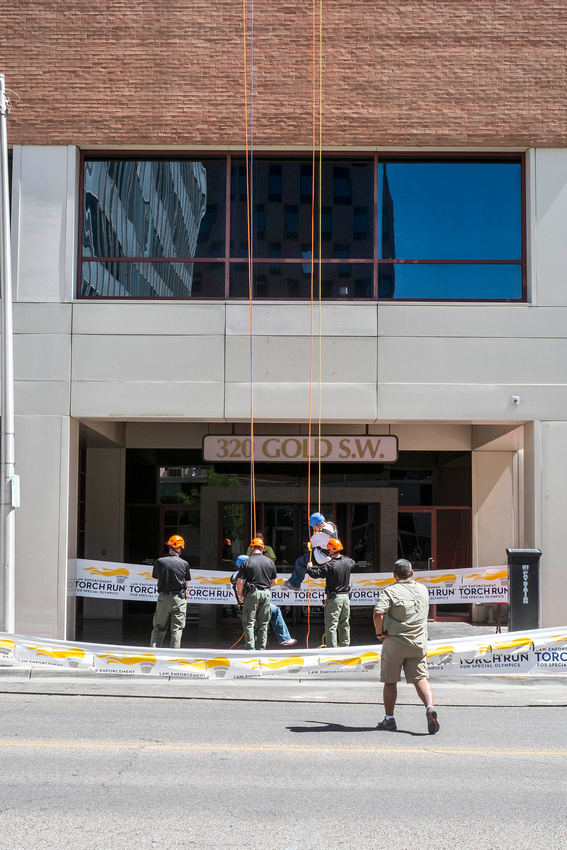 T & L Photos
Thanks, Nancy. Going down steps is easy!
Nancy(non-registered)
Holy Cow!! How cool was that... And I bet you didn't even huff or puff after running down all those flights of stairs!
Cool shots!
T & L Photos
Thanks, Miz Shaaz!
MizShaaz(non-registered)
Oh my That's crazy! But wow great shots! It's amazing how much you manage to fit in your shots. Your pictures continues to amaze me.
T & L Photos
Thanks, Teri!
No comments posted.
Loading...
Subscribe
RSS
Recent Posts
Last Post on Zenfolio Walk, Run, Splash, Fly A Walk in the Snow We Wish You a Merry Catmas Cranes, Train & A Full Moon on Winter Solstice I Had A Dream Shrink Wrapped Fly Away Fire & Phantasm First Snow on the 2nd
Archive
January February March April May June July August September October November December
Timothy Price
Powered by ZENFOLIO User Agreement
Cancel
Continue