Kodak took our Kodachrome away 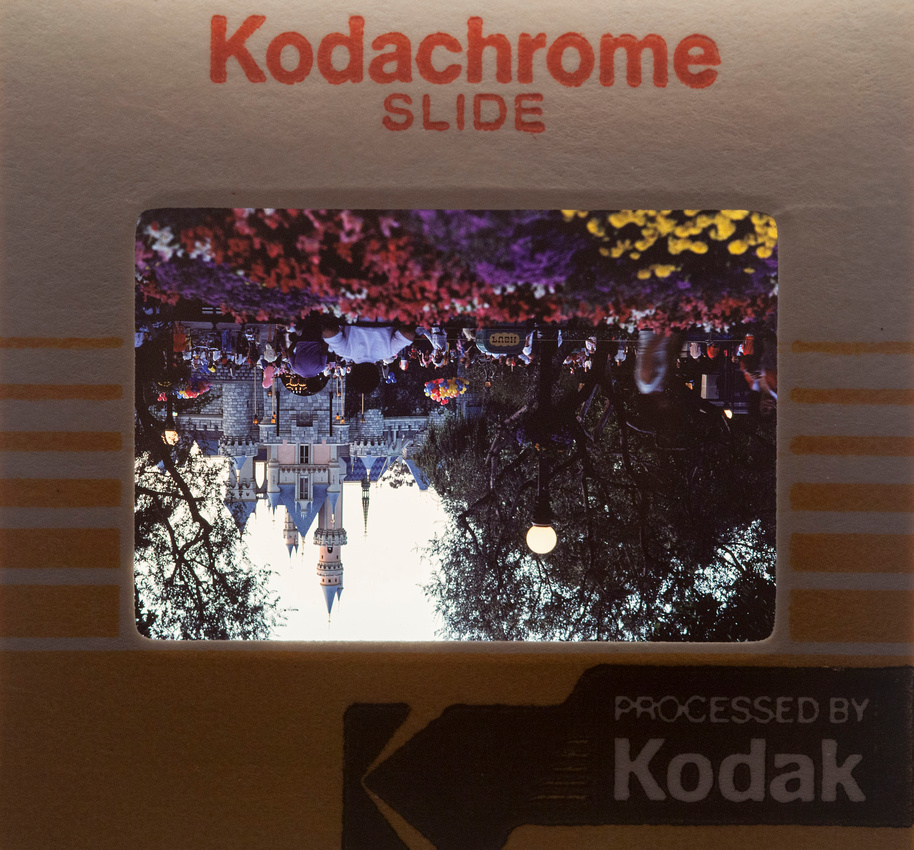 Disney land as it would be put into a slide projector

If you are old enough to remember Kodachrome slide film, you might remember how vivid and saturated the colors were. Kodachrome was a complicated and expensive process, but the results of a well exposed slide could be quite spectacular. Kodachrome was introduced in 1935 and Kodak stopped manufacturing it in 2009, and ended processing in 2010.

Since some people have the idea that making adjustments to digital images is cheating, they must believe there is some form of "pure" photography or "pure" images that somehow define the perfect photograph. In the world of digital photography I can't imagine what a "pure" image would be or what a perfect photograph might be. There are so many options available for making an image fit a mood, and look the way the photographer would like it to look, that I believe all manipulation is fair in digital photography. The only cheaters are people who steal other photographers' images and claim them as their own.

Using slide film is probably as close to "pure" photography as anyone can get — the composition in the slide is what it is (cropping is done with the camera), the color is determined by the exposure, and the quality of the exposure is in the quality of the slide, no "ifs", "ands" or "buts" about it. The image could be cropped and enhanced by having a print made from the slide, but the slide is the "raw" image and as close to a "pure" photographic image as anyone is going to get. All the images in this post are photographs of slides I had taken in the early 1980's (only the first two photos show the full cardboard holder the slides are mounted in). 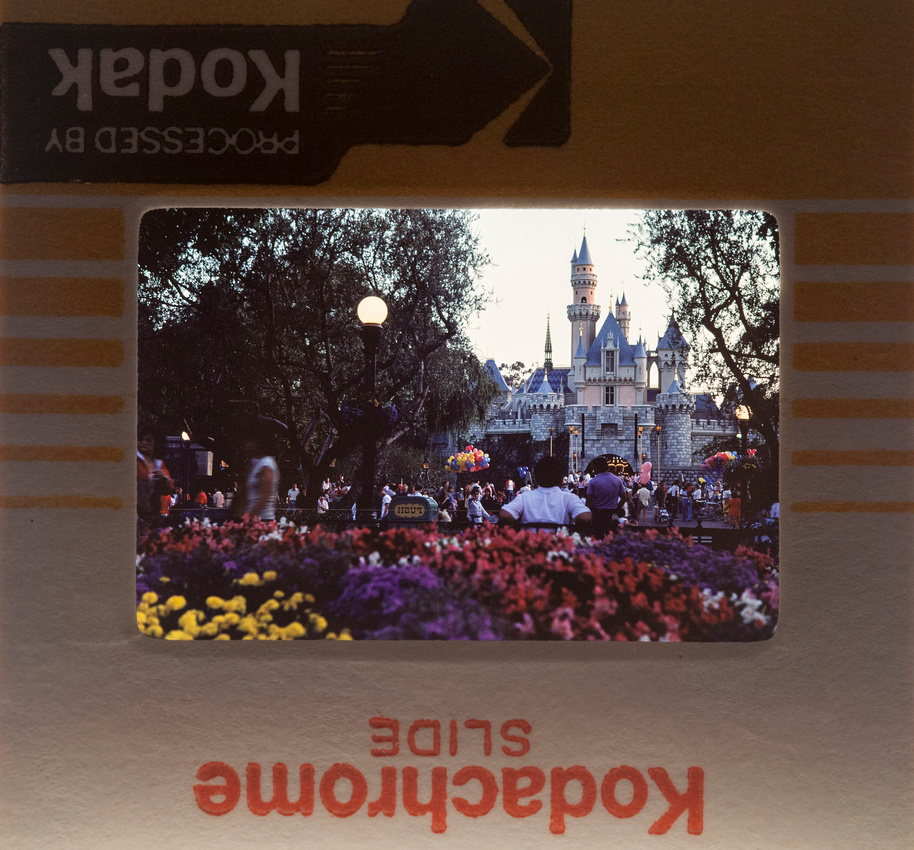 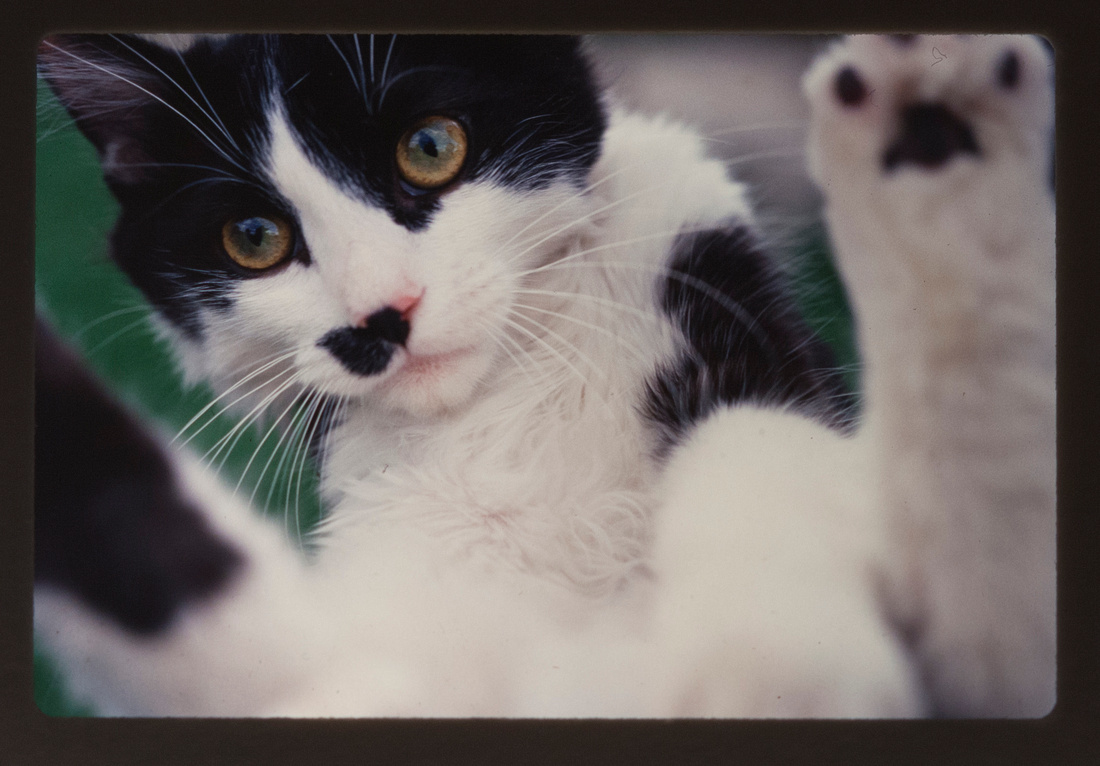 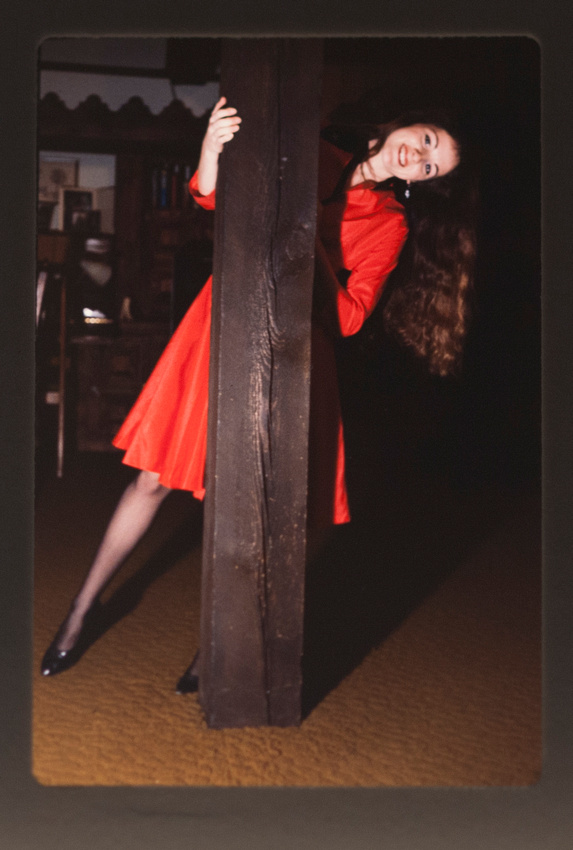 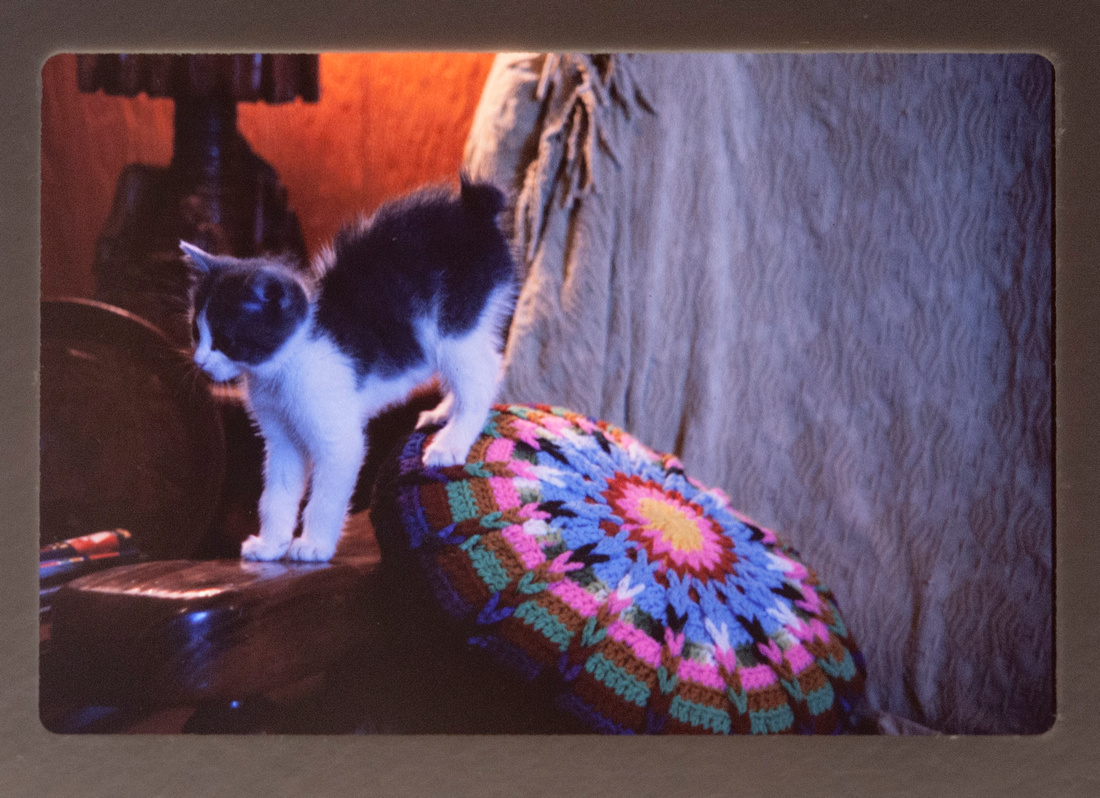 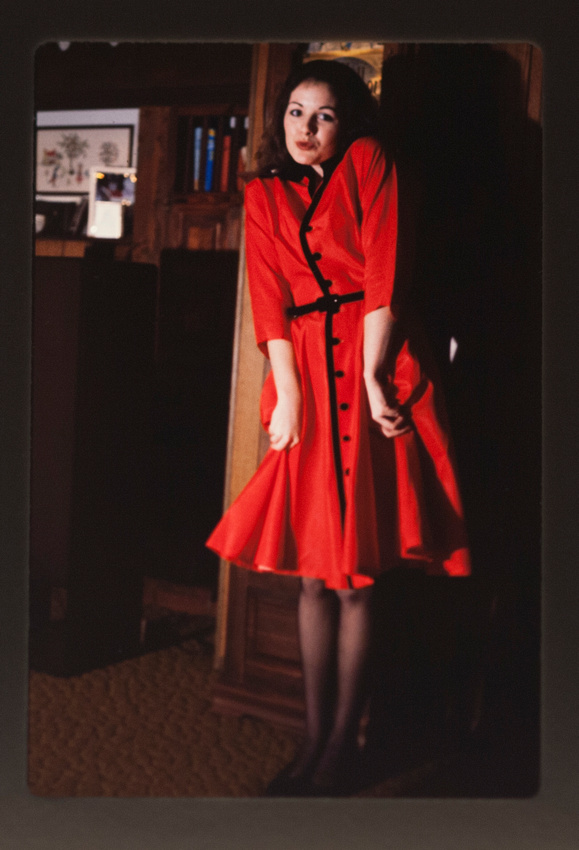 Notice how vivid the red and black in the dress is 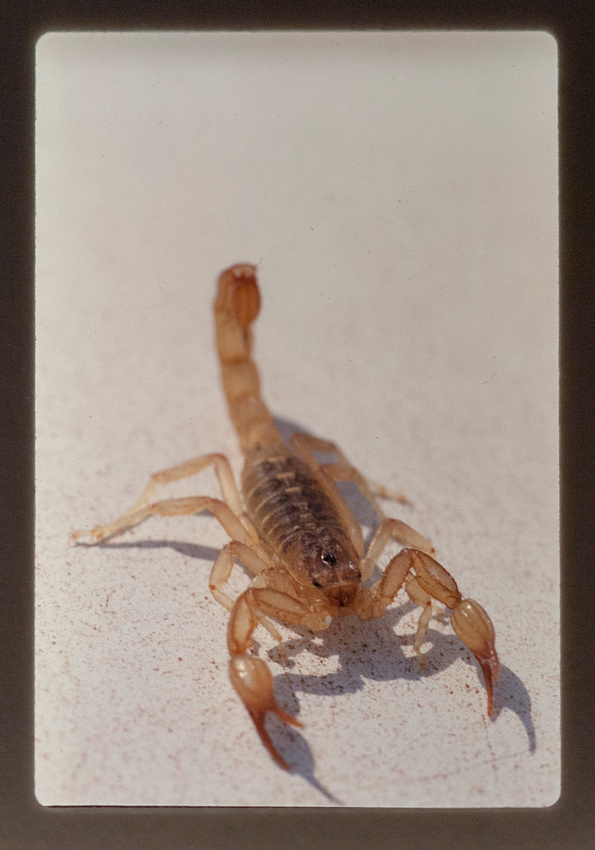 Scorpion in a shower 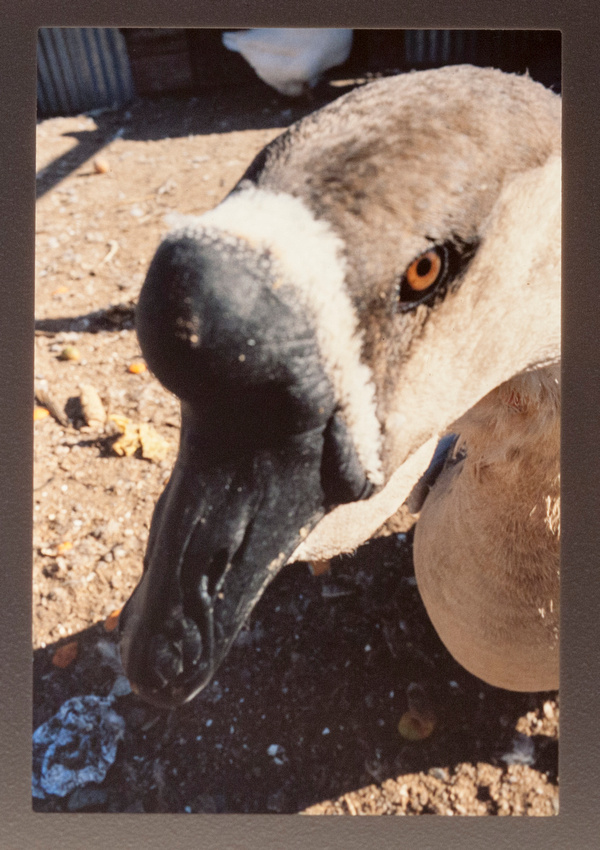 A sassy gander up close and personal 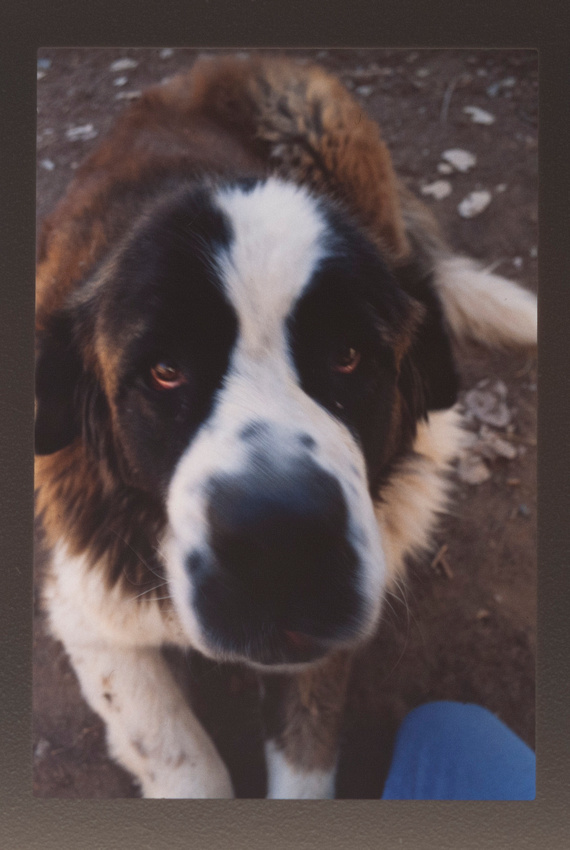 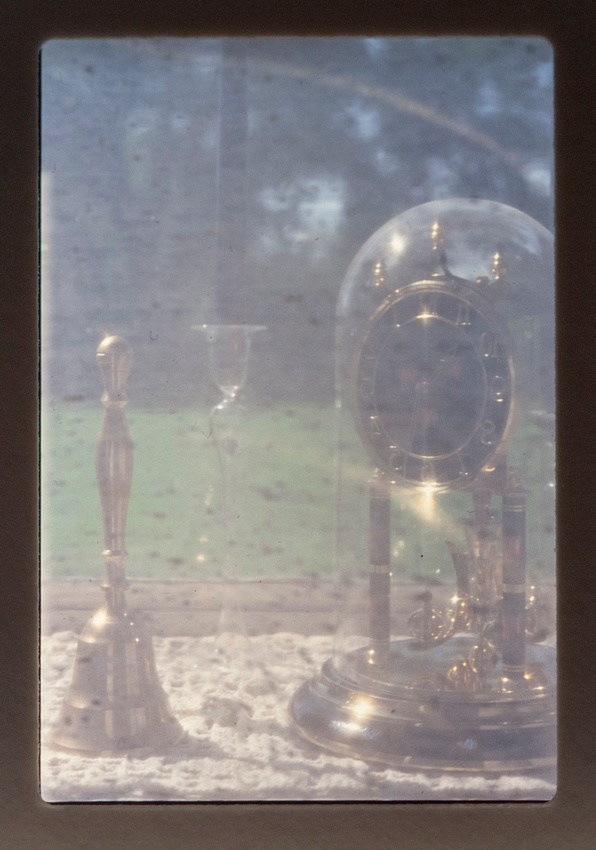 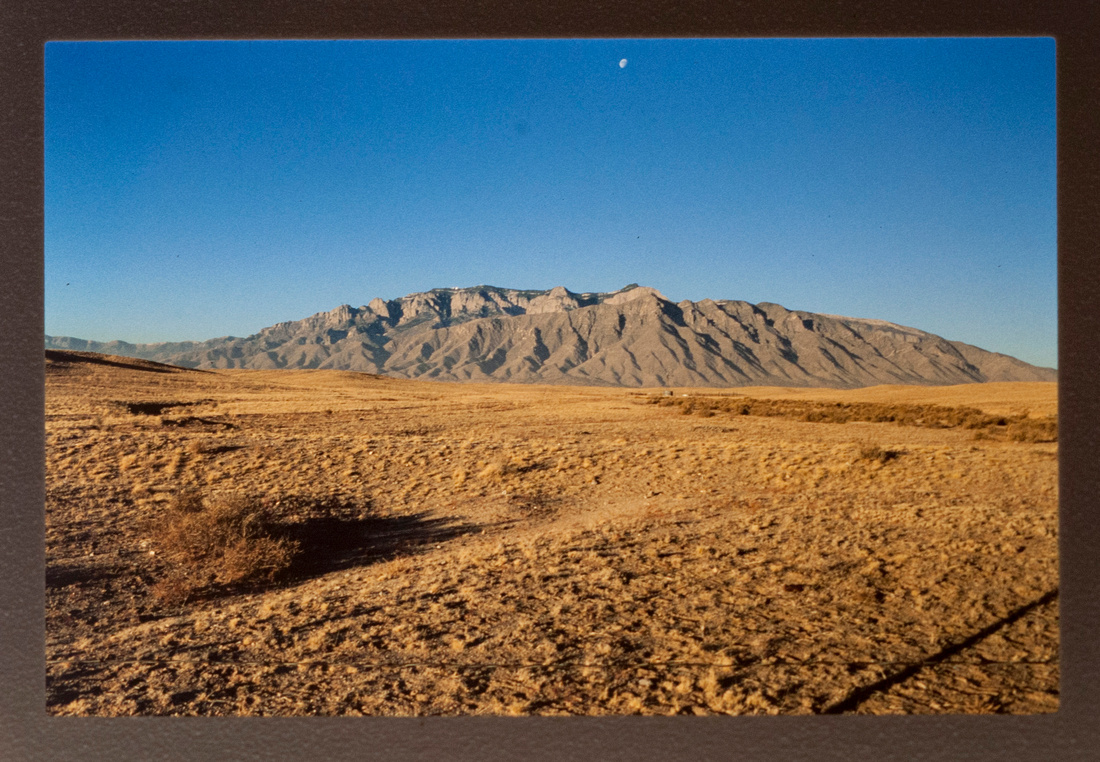 The Sandias from Rio Rancho. This area is completely built up now.

T & L Photos
Thanks, Miz Shaaz!
MizShaaz(non-registered)
Every time you write about film I'm always like Nah what Now? lol. I love these photos, and Laurie's Sister is very pretty!
T & L Photos
Thanks, Chryssa!
Christine Robinson(non-registered)
Tim, what a difference! Such vivid colors! Nice to know the history of this process. I do remember the slides, but never knew anything about them. Thanks! Chryssa
T & L Photos
Hi David! You are absolutely right about using what you need, and almost any digital camera can produce great images, and unless you are printing images, I don't see much need for all the megapixels they are putting into cameras these days. The Canon 5Ds is 50 megapixels, a raw file will be huge. I already have drives and drives full of images because I run out of space on my computer's hard drive all the time. But I do really like a full-frame sensor for the image control. With film cameras, you just need a and light tight enclosure, accurate shutter and a nice flat film plane in the body, and you could put all your money into good lenses. Digital places so much more importance on the body with the sensor and writing images to memory cards. Lenses are almost secondary these days, and cheap, plastic lenses can produce really great looking photos.

There are many reasons I moved my blog to Zenfolio, but one reason is that they have really good image protection, so I don't have to do all the size reduction, etc. to make my photos so they are not printable like I did on WordPress. Of course user agreements in many social media sites like Facebook, simply make image theft legal — one reason I am no longer on FB, and scrubbed my user account. Image theft is a real issue with the Internet and a mess to deal with.

Now that I'm doing film again, I do mostly B&W that I process and print myself. Now that I'm using medium format and 4X5 negatives again, I forgot how much depth and range you get in a well exposed negative compared to digital images.
No comments posted.
Loading...
Subscribe
RSS
Recent Posts
Last Post on Zenfolio Walk, Run, Splash, Fly A Walk in the Snow We Wish You a Merry Catmas Cranes, Train & A Full Moon on Winter Solstice I Had A Dream Shrink Wrapped Fly Away Fire & Phantasm First Snow on the 2nd
Archive
January February March April May June July August September October November December
Timothy Price
Powered by ZENFOLIO User Agreement
Cancel
Continue