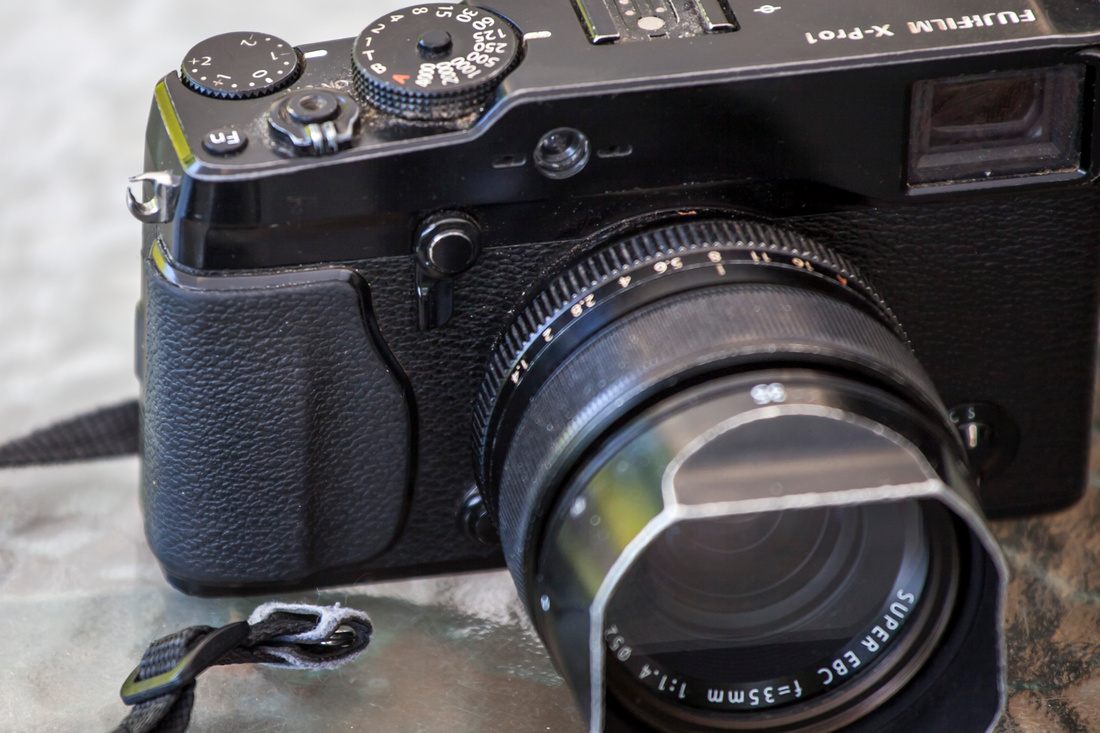 Broken strap eyelet on the right side of the camera body

Who would have thought that such a little thing could be such a big deal? The strap eyelet on my Fujifilm X-Pro1 carry camera broke. Fortunately, I caught the camera before it hit the ground, but the broken strap eyelet makes it so I cannot have a strap on the camera, which means I cannot carry it around my neck like I have for the past three and half years. This camera has gone everywhere with me during that time, even in the shower, and has produced most of the photos that have appeared on this blog. I looked up repair centers for Fujifilm cameras and there are only a few around the country. I called the closest one, in Chandler Arizona, but they are not authorized to work on the X-Pro1, so they directed me to the main service center in New Jersey. I called them and learned that I send the camera and lens into the service center with a description of the service and repairs I want done; after they inspect the camera and lens, they send me an estimate for the service and repair. The minimum fee for service is $140 and it goes up from there (quite a bit pricier than Canon's factory service).

What is one to do? Since mirrorless cameras are all the rage, I decided I'll start carrying the most portable of the three mirrorless cameras I have. It's a little larger than the X-pro1, which will prove a bit challenging for drive-by photos, and not quite as convenient as the X-Pro1, but it will have to do. 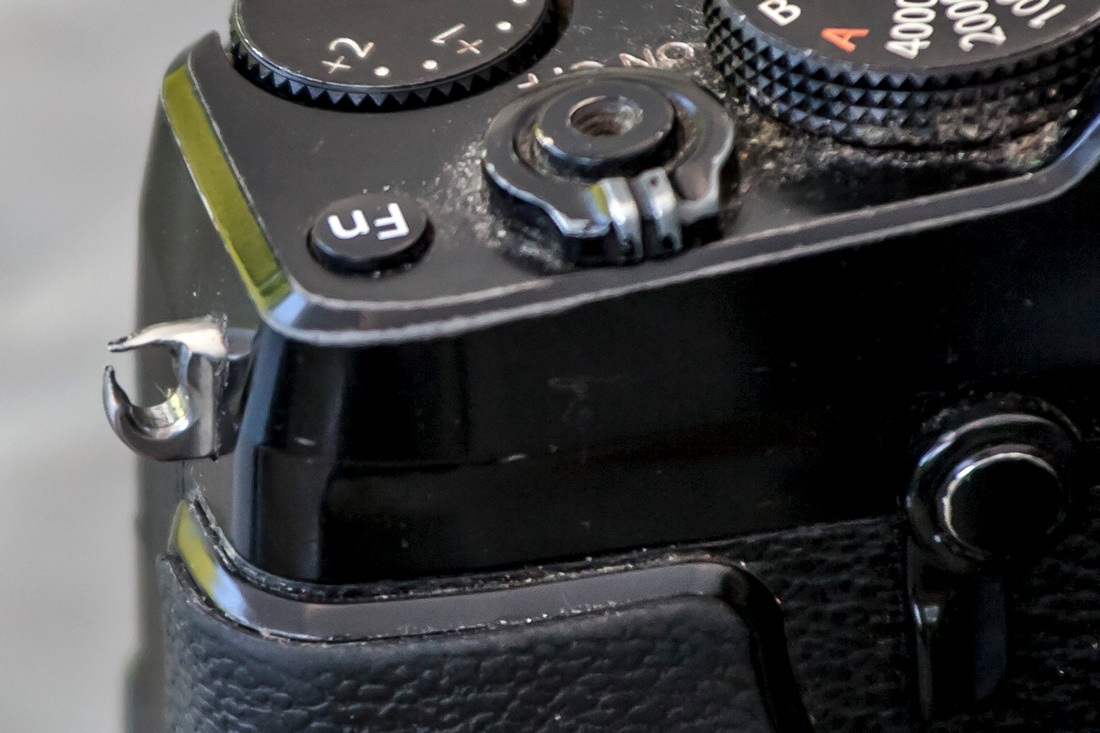 Close-up of the broken strap eyelet 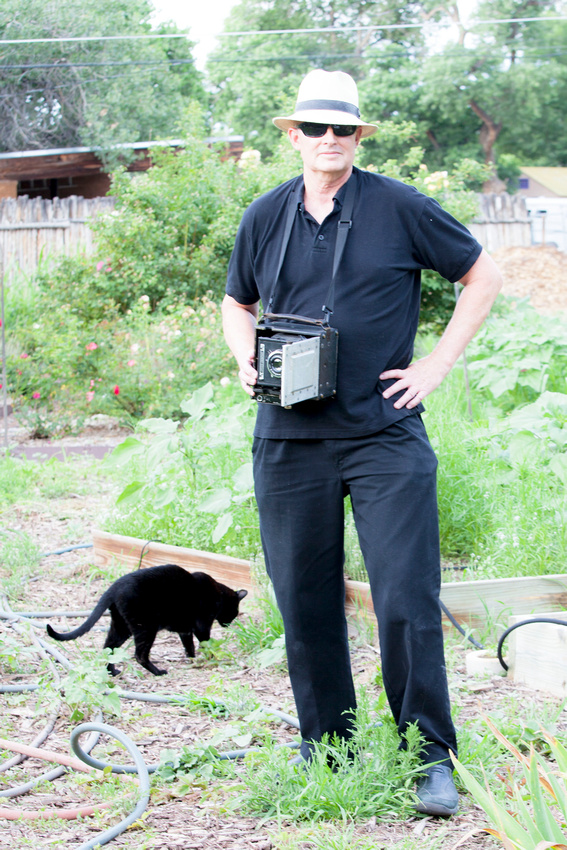 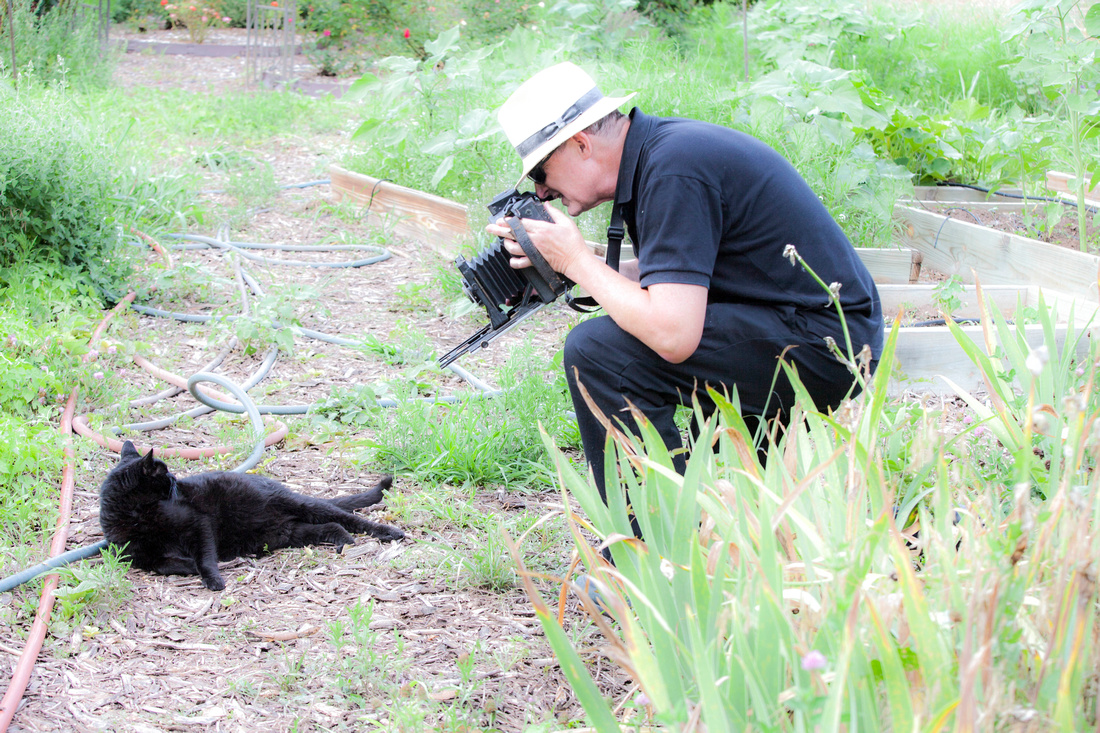 T & L Photos
Thanks, Janna! I hadn't thought about how much I relied on those little eyelets until they broke.
Jannatwrites(non-registered)
I wouldn't have thought thought about it but it would be frustrating to not be able to have a strap on it. Glad you have an alternative!
T & L Photos
Thanks, Miz Shaaz!
MizShaaz(non-registered)
Sorry about your camera strap Tim. Glad you didn't drop the camera whew! Great shots of you and Guildenstern.
T & L Photos
Hi Lari! Yes you figured it out. One of the benefits of being the photographer is that you don't have to be photographed. Although, to make photos for my series on Tales From My Youth, I'm having to do a lot of selfies.
No comments posted.
Loading...
Subscribe
RSS
Recent Posts
Last Post on Zenfolio Walk, Run, Splash, Fly A Walk in the Snow We Wish You a Merry Catmas Cranes, Train & A Full Moon on Winter Solstice I Had A Dream Shrink Wrapped Fly Away Fire & Phantasm First Snow on the 2nd
Archive
January February March April May June July August September October November December
Timothy Price
Powered by ZENFOLIO User Agreement
Cancel
Continue