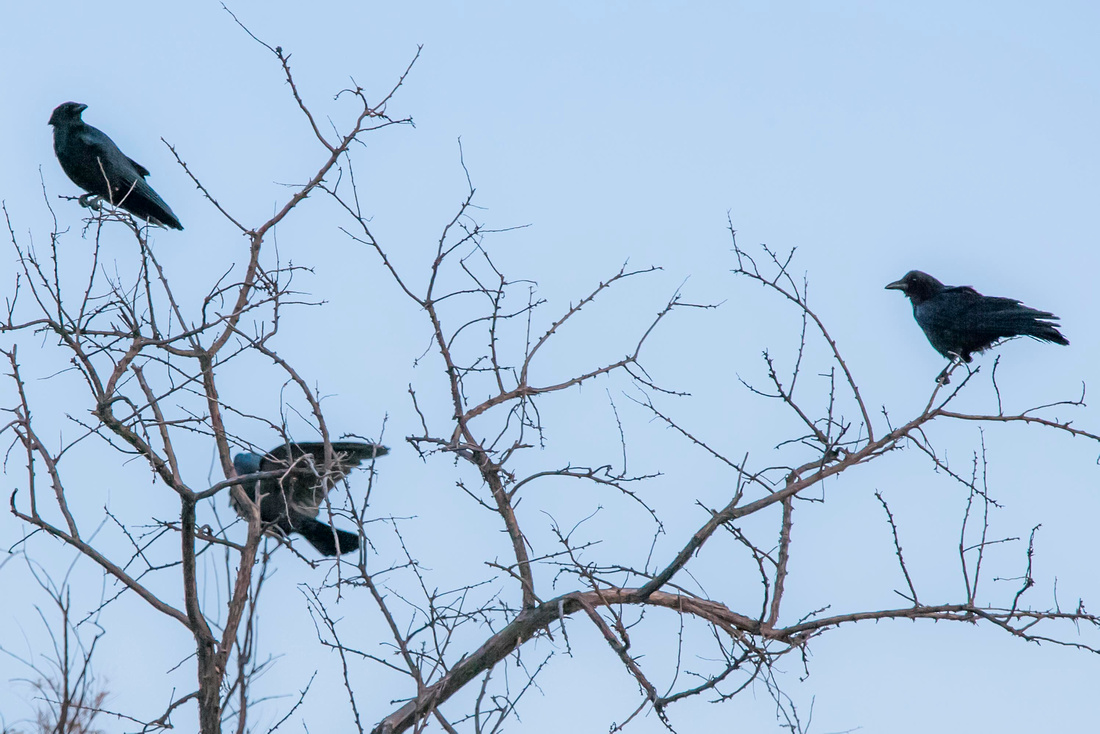 Crows had gathered in the trees above the path to the beach. They perched, flew, landed, cawed, laughed at us, and carried on with aerial antics as we walked trough the brush out onto the beach. From the beach they swarmed the shores and the trees, often skimming the water before taking off and flying south over the bosque along El Camino Cuervo. While there were scads of crows along the Rio Grande, there were only a few cranes to be seen and heard before sunset.

After the sun faded away, and the Sandias turned gray, we walked north about a mile. As we were walking back in almost total darkness, the river suddenly came alive with the squawking of geese and chatter of cranes that sounded like thousands of them talking all at once. The squawks and clucks came closer at times as pairs and small flocks of cranes and geese flew over us. We could barely make out their silhouettes under the stars, but we could see they were flying north. I made a short video of the chatter in the darkness, added a poem with some footage I took of the cranes and geese flying south over the Rio Grande in December. 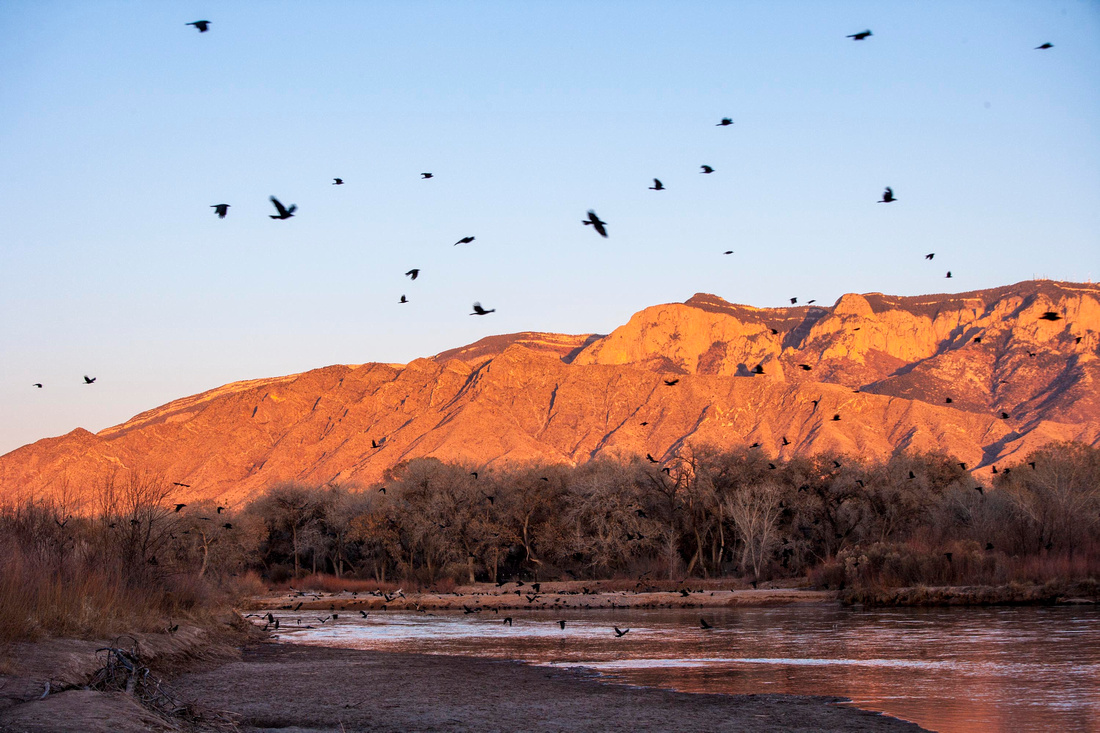 Crows on the water, on the bank, in the trees and in the air. 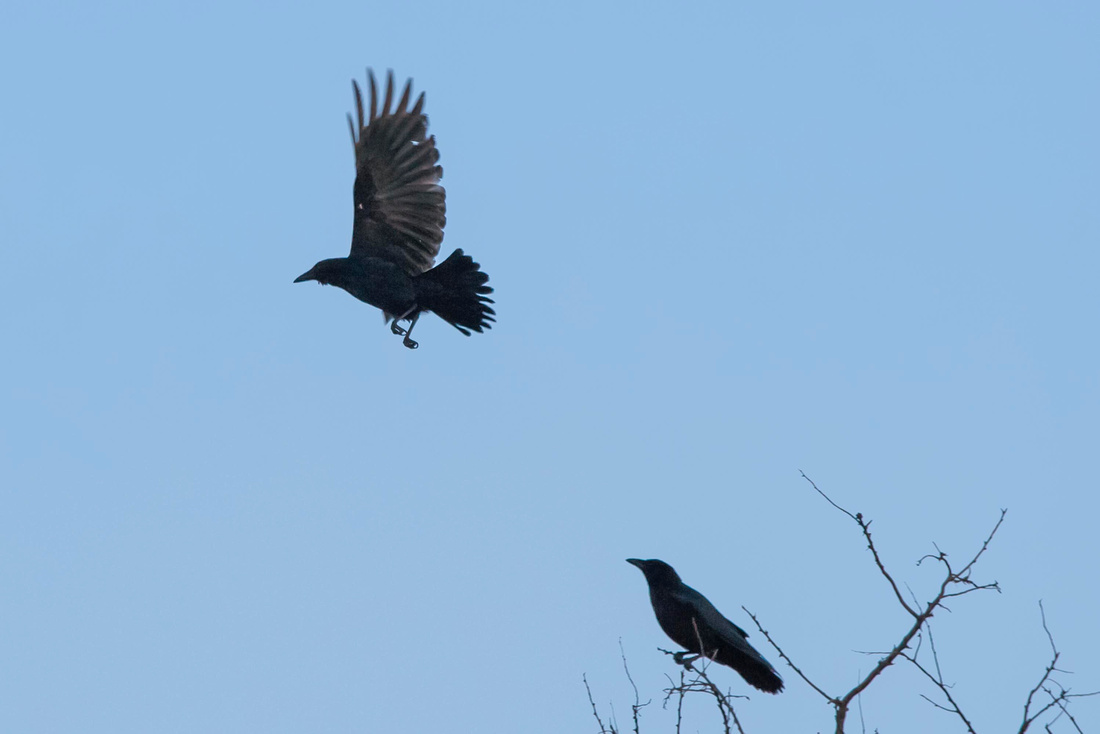 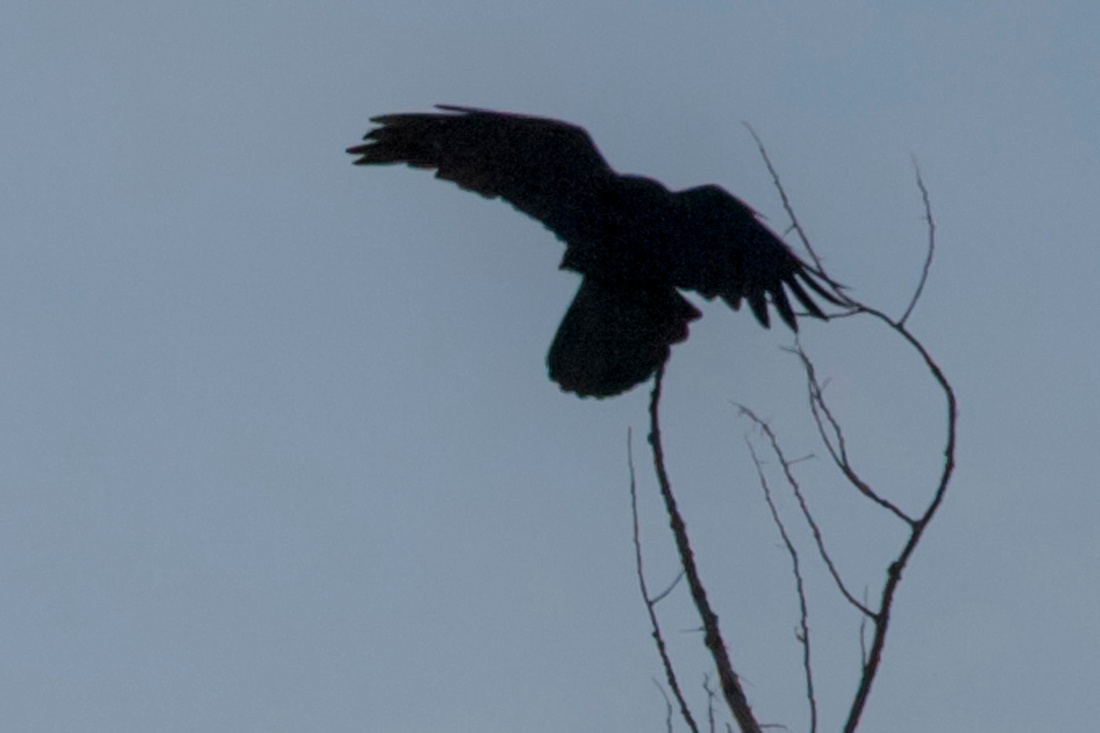 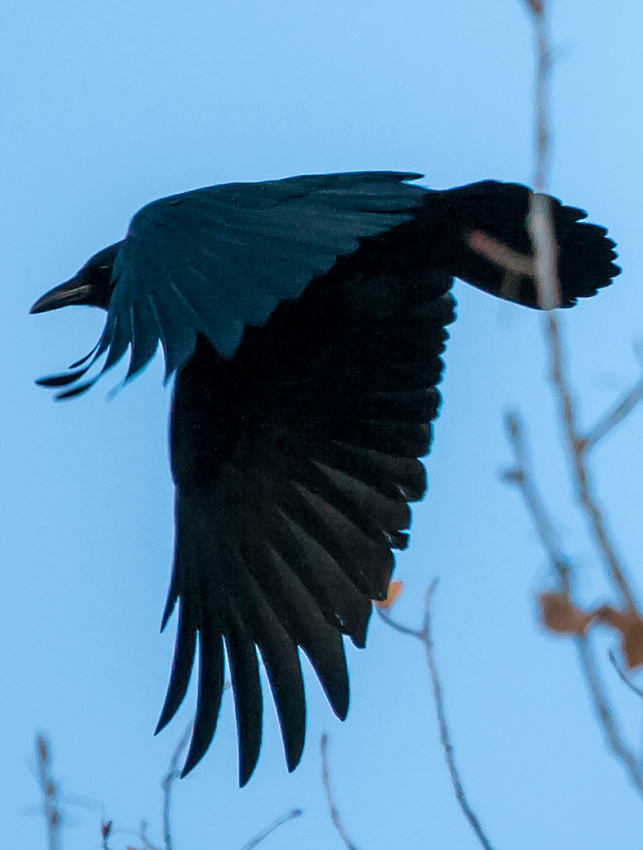 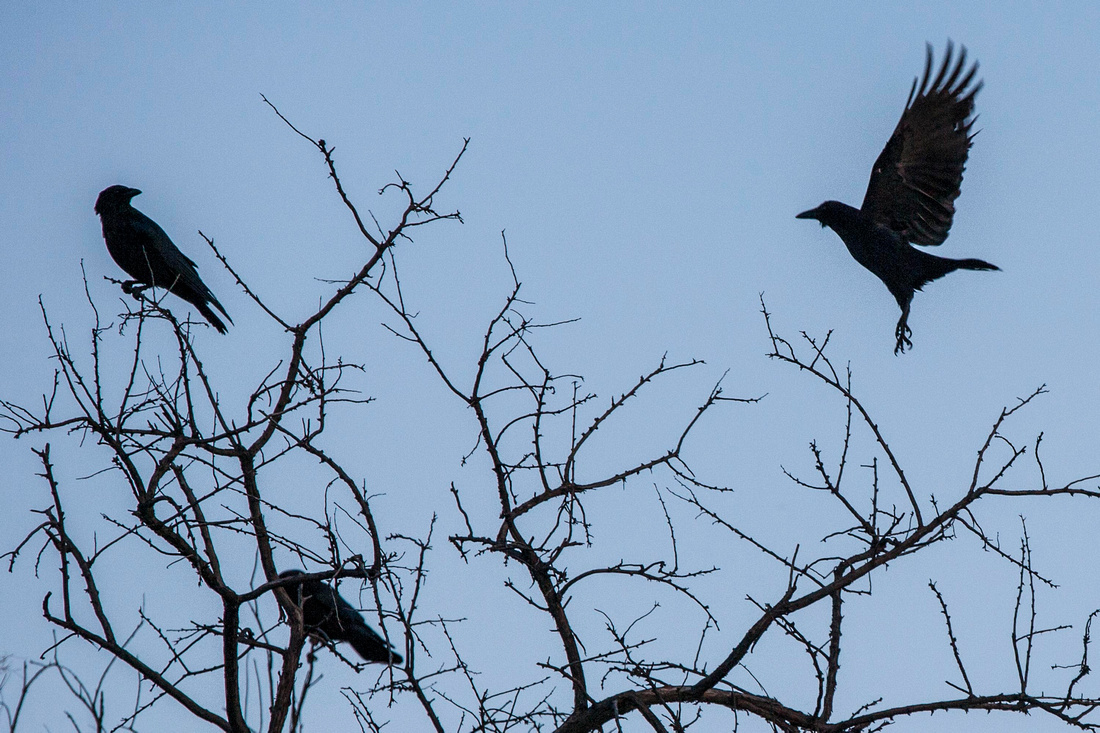 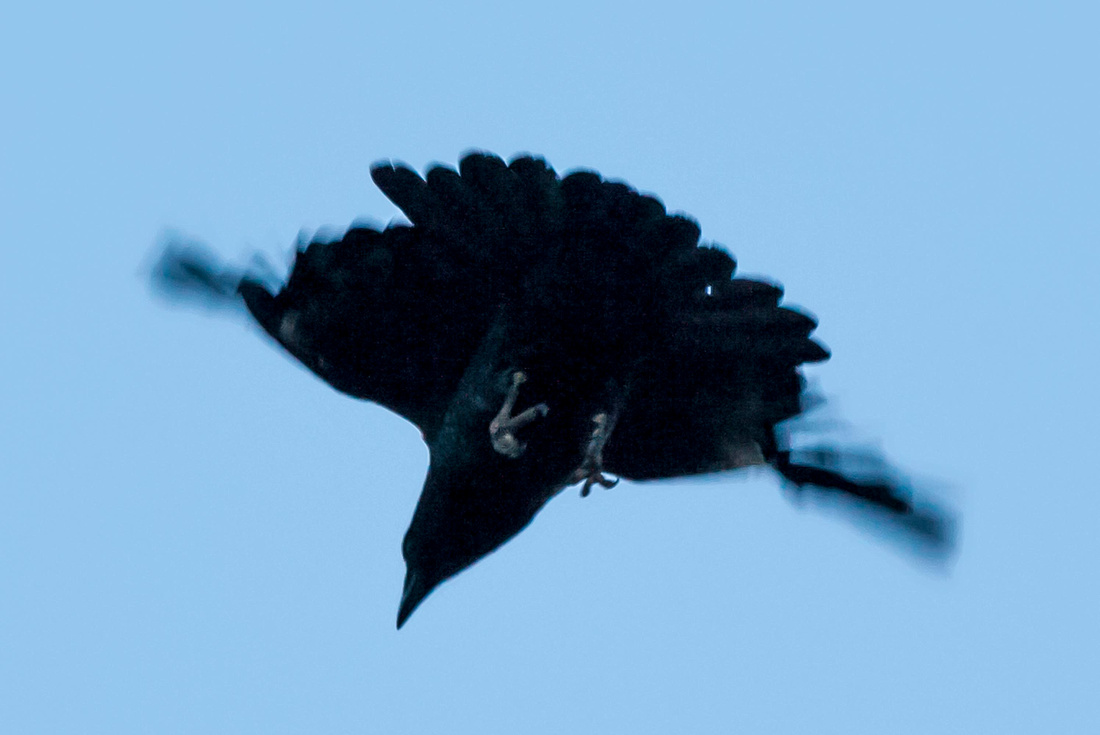 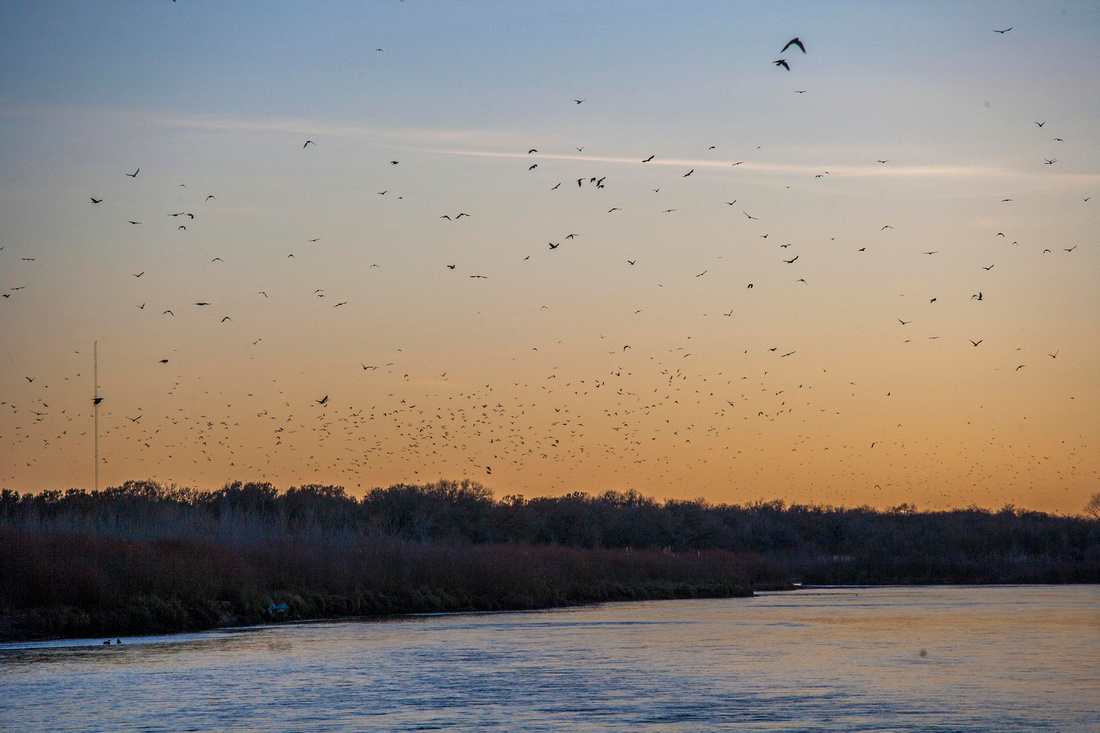 T & L Photos
Thanks, Lavinia!
Lavinia Ross(non-registered)
I love crows! These are beautiful scenes, especially the crows on the river, Tim. They are quite clever birds.
T & L Photos
Hi Harry. The scads of crows are reminiscent of The Birds.
Harry(non-registered)
Reminds me of the movie "Birds" by Alfred Hitchcock :-)
T & L Photos
Thanks, Herman. I'm happy you enjoyed it.
No comments posted.
Loading...
Subscribe
RSS
Recent Posts
Last Post on Zenfolio Walk, Run, Splash, Fly A Walk in the Snow We Wish You a Merry Catmas Cranes, Train & A Full Moon on Winter Solstice I Had A Dream Shrink Wrapped Fly Away Fire & Phantasm First Snow on the 2nd
Archive
January February March April May June July August September October November December
Timothy Price
Powered by ZENFOLIO User Agreement
Cancel
Continue