The Cat That Ate My New Shoes 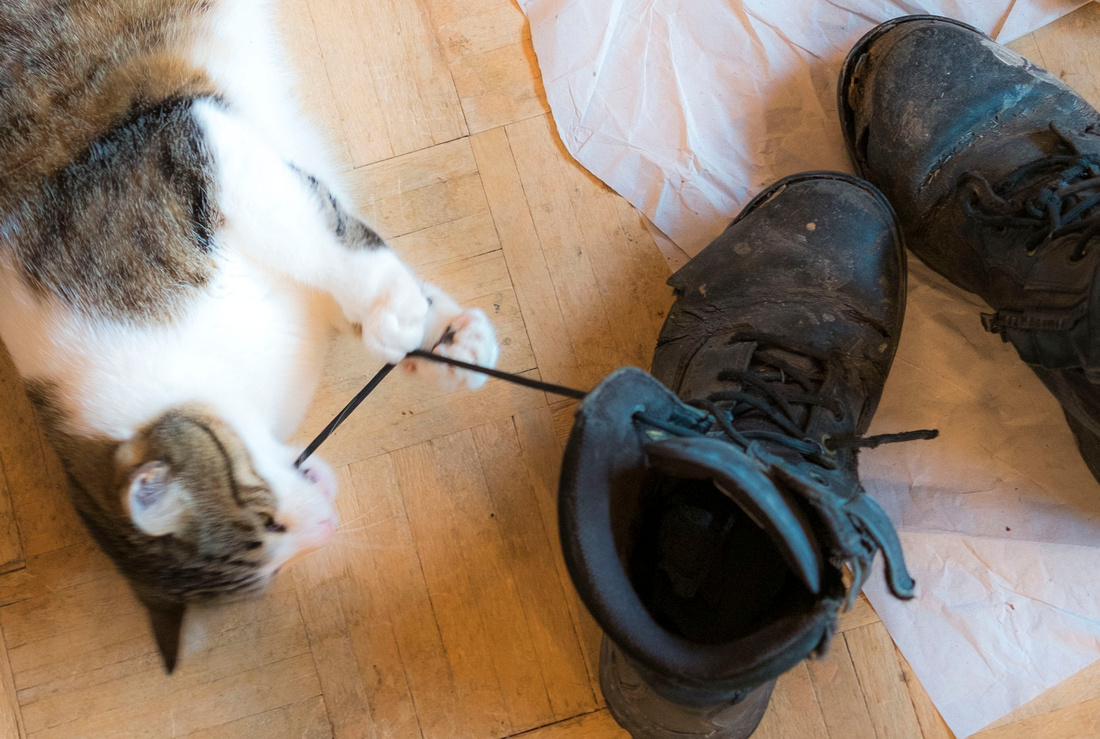 I gave lyrics inspired by my new shoes and Spunk to the Average White Boys to see what they could do with them. They teamed up with the Glenn Miller Orchestra playing music by Harry Warren, and they all piled into my darkroom, did some mysterious development, and emerged with the new single The Cat That Ate My New Shoes. The music is great, the words are fun, but the voice leaves a lot to be desired; however, the single fits well into the notion of Off Center & Not Even.

I had to make a video with the music file in order to add it to the blog, so I added several appropriate photos of the kitties as visuals for the song. I’ve included the words below the video incase anyone wants to sing along.

The Cat that Ate My New Shows

The Cat That Ate My New Shoes
The Average White Boys

When I heard ‘ol Spunk hacking eight to the bar
I knew my shoes they hadn’t gone very far
But good old Spunk
Reduced them both to chunks
Oh no! Cat that ate my new shoes there you are

T & L Photos
Thanks, Teagan. I thought you might like it.
Teagan R Geneviene(non-registered)
OMG... that's hysterical. I can just imagine the kitties. Hugs.
T & L Photos
Thanks, Julie!
Julie(non-registered)
Love it! What fun .. oh Spunk what have you done ;) great voice Tim
T & L Photos
Thanks, Juliette! Since you've been around for 160 odd years or so, which came first the Chattanooga Choo Choo or cats eating people's new shoes?
No comments posted.
Loading...
Subscribe
RSS
Recent Posts
Last Post on Zenfolio Walk, Run, Splash, Fly A Walk in the Snow We Wish You a Merry Catmas Cranes, Train & A Full Moon on Winter Solstice I Had A Dream Shrink Wrapped Fly Away Fire & Phantasm First Snow on the 2nd
Archive
January February March April May June July August September October November December
Timothy Price
Powered by ZENFOLIO User Agreement
Cancel
Continue