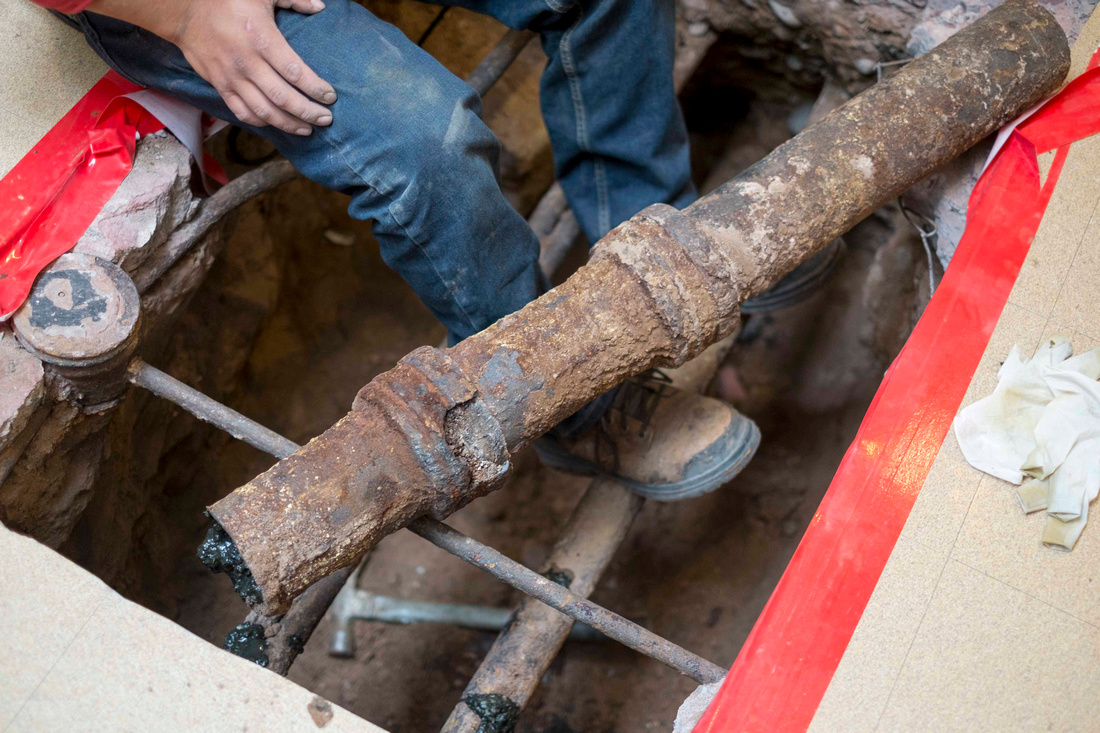 It was not an easy job, but the plumber finally cut a section a section of the sewer pipe out. 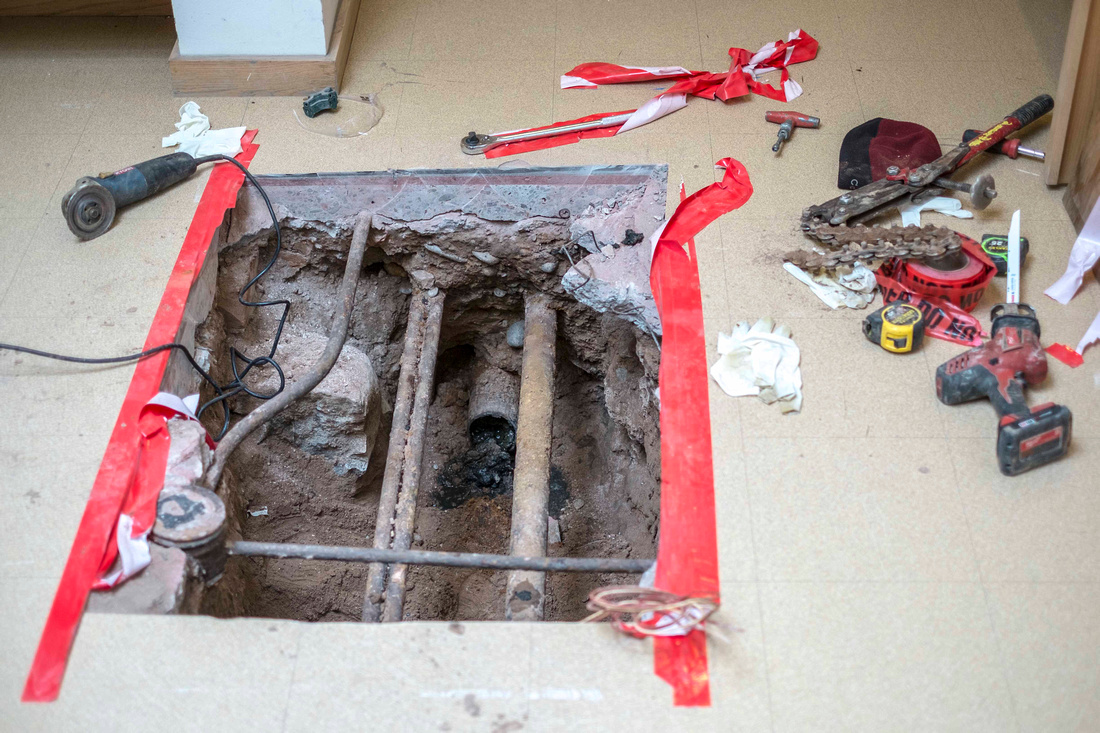 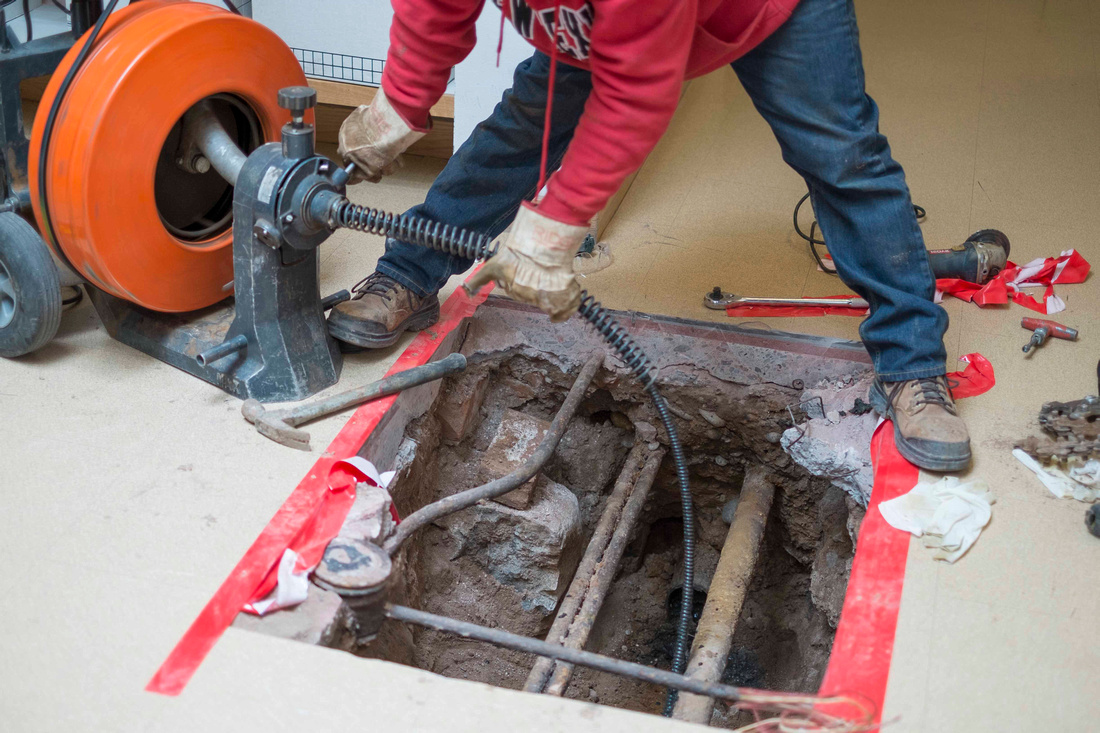 The clog was not in the section of the pipe he cut out as the scope had suggested, so he roto-rootered both sections of the pipe and was able to clear the drain, which saved us cutting more of the slab and digging another hole. 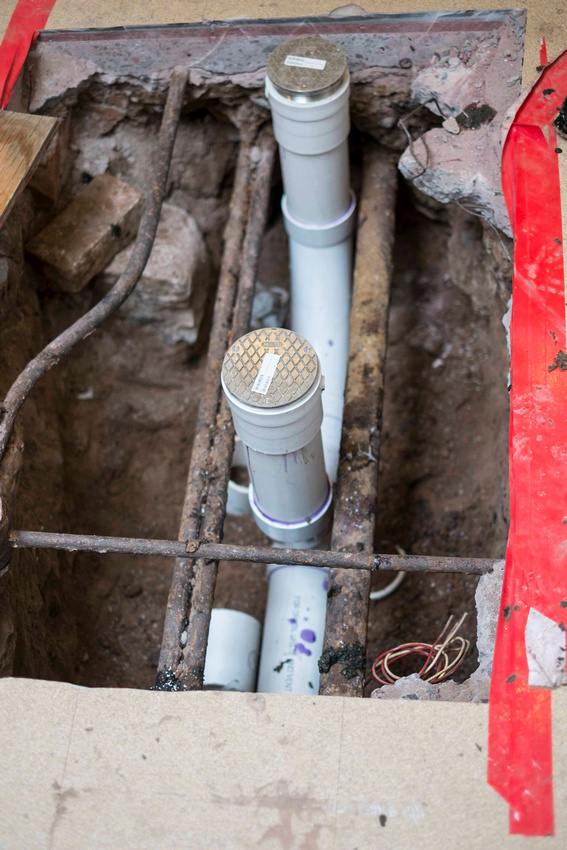 As an interesting archaeological aside, paving bricks were removed when the hole was dug out and what looks like a curb cut is in the upper left-hand corner of the above photo. The front part of the building was built in 1894, and the back part of the building at some time after 1894. It's possible they build the addition right over a street or alley, which would explain the pavers and what could be a curb cut. 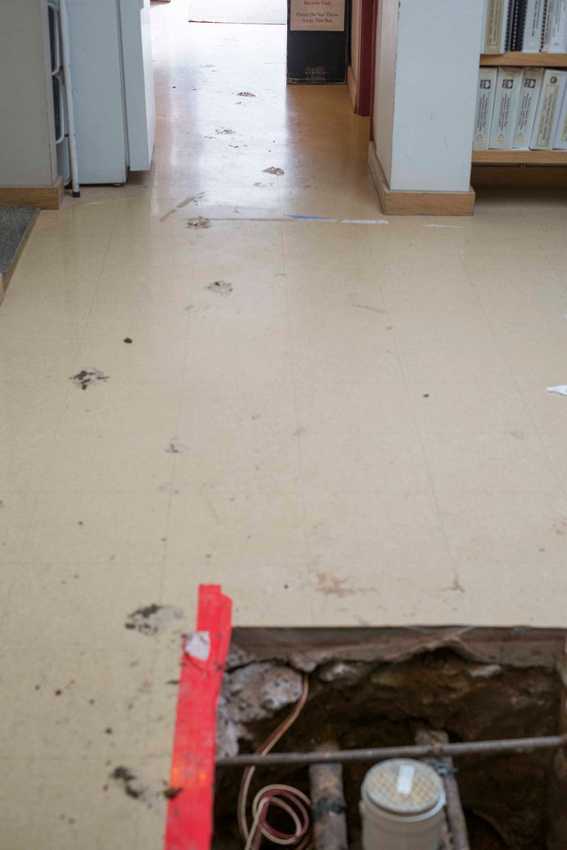 Crappy foot prints out the back door. 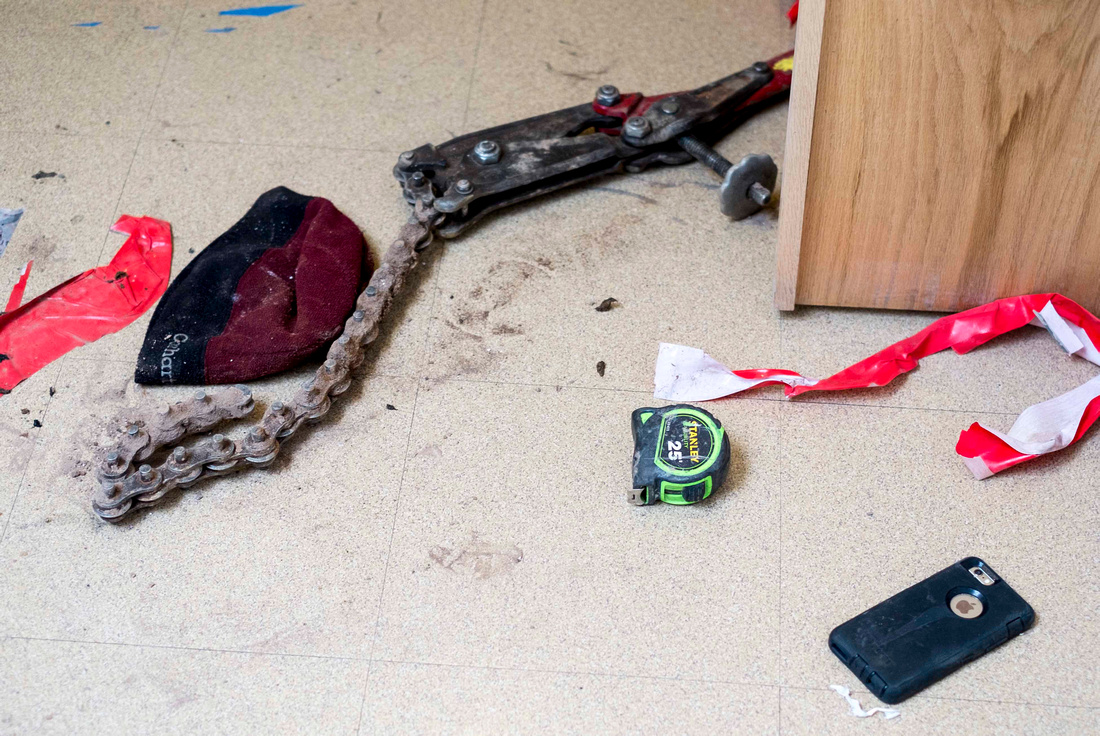 A sample of tools used by a modern day plumber. 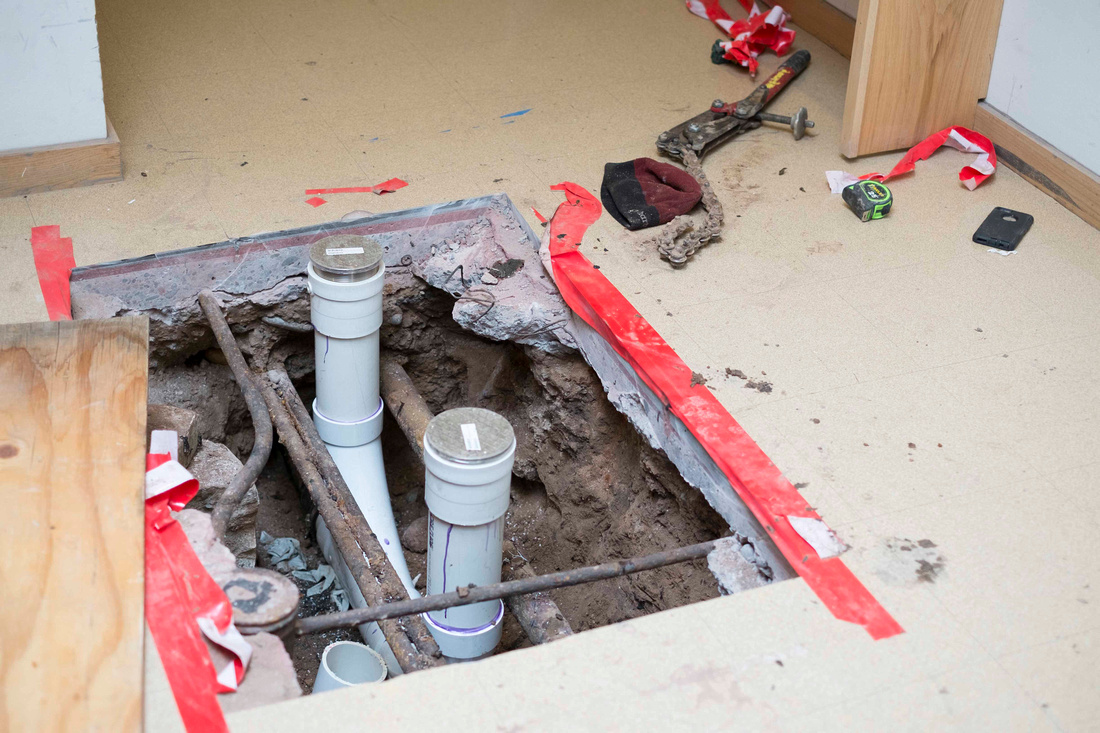 The solution — a double clean out.

T & L Photos
Hi David. We have found some really interesting stuff in these old buildings.
David(non-registered)
Amazing what you can find below the surface. My sister's home was built in 1910. In the early 1980s, she had to redo the entire sewer system for the house and the small cottage at the back of the property. Fortunately, they didn't discover anything under their house. :)
T & L Photos
Hi Couriers! The fix is good. Now we have to fill in the hole and put new concrete and figure out tile. I don't think we will find a match for whats on the floor now.
T & L Photos
Hi Herman! Nothing prehistoric, but you never know what you will find out here.
T & L Photos
Thanks, Harry!
No comments posted.
Loading...
Subscribe
RSS
Recent Posts
Last Post on Zenfolio Walk, Run, Splash, Fly A Walk in the Snow We Wish You a Merry Catmas Cranes, Train & A Full Moon on Winter Solstice I Had A Dream Shrink Wrapped Fly Away Fire & Phantasm First Snow on the 2nd
Archive
January February March April May June July August September October November December
Timothy Price
Powered by ZENFOLIO User Agreement
Cancel
Continue