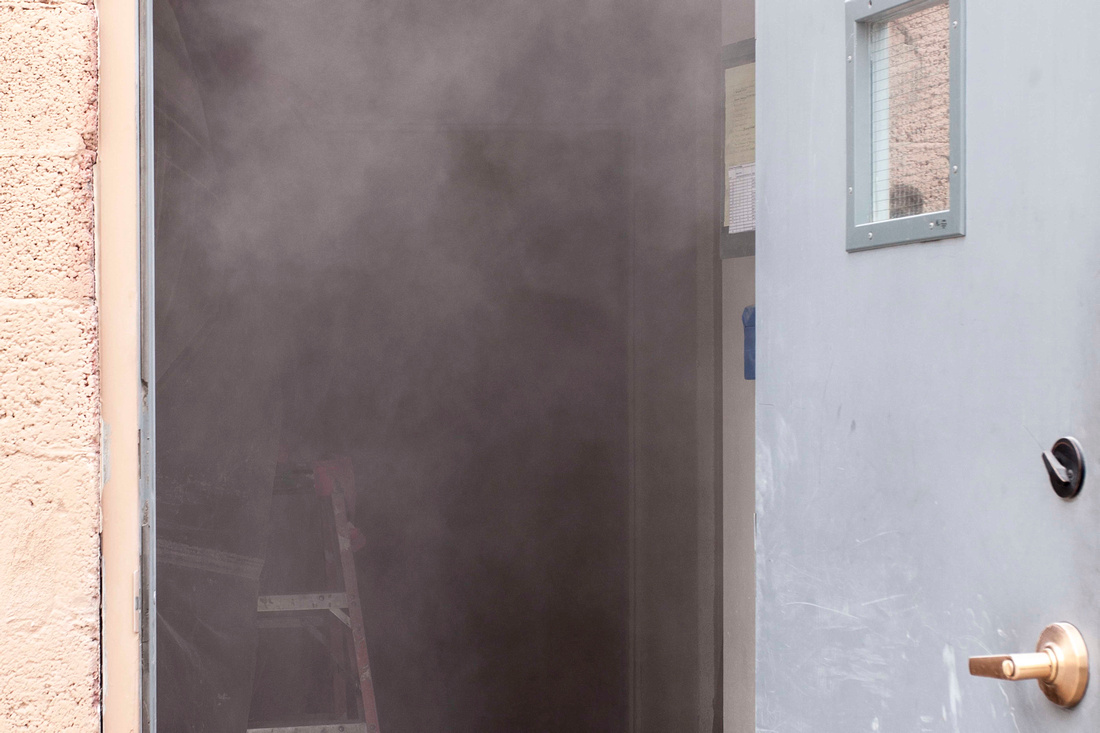 "¡Fuchi capesta! My eyes are burning!"* And thus the sewer saga continues.  Less than a week after digging up the sewer line, roto-rootering out the clog, we re-scoped the line and there was a new clog forming in the same spot as the clog we had just dislodged, but we could not see if there was a "T" at that place in the line. With only one restroom feeding the line above the clog, there should not be enough usage to create a new clog, so we assumed there must be another source for the clog. The technician was able to push the scope through the clogged area and we discovered a "T" on the east side of the sewer line about 15 feet from the new clean out (the other "T" for the two restrooms south of the clean out on the west side of the sewer line, and south of the "T" connecting on the east side of the drain). Given the newly forming clog and the "T" on the east we decided we needed to dig up the line from the new clean outs south 15 feet.

We discovered a sewer line dropping from under the slab and connecting to the main line at the place the scope indicated the clog was forming. Under the slab, the sewer line runs north to a "p-trap" and then we don't know where it goes from the "p-trap".  The plumber will cut a hole in the top of the pipe on Monday so we can see if water is running through it. There is a possibility that the line runs to the restaurant and they accidentally connected to that line when they were redoing plumbing last summer. Until we cut the pipe it's a mystery where the pipe runs to. 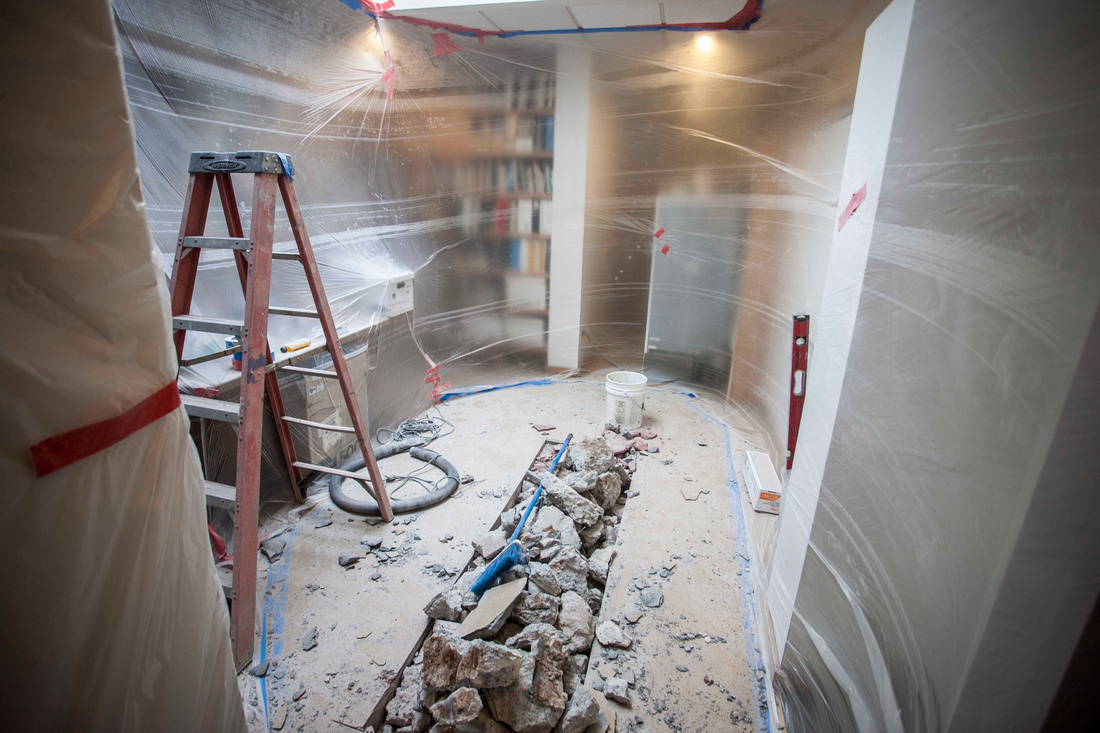 The floor cut and hammered. 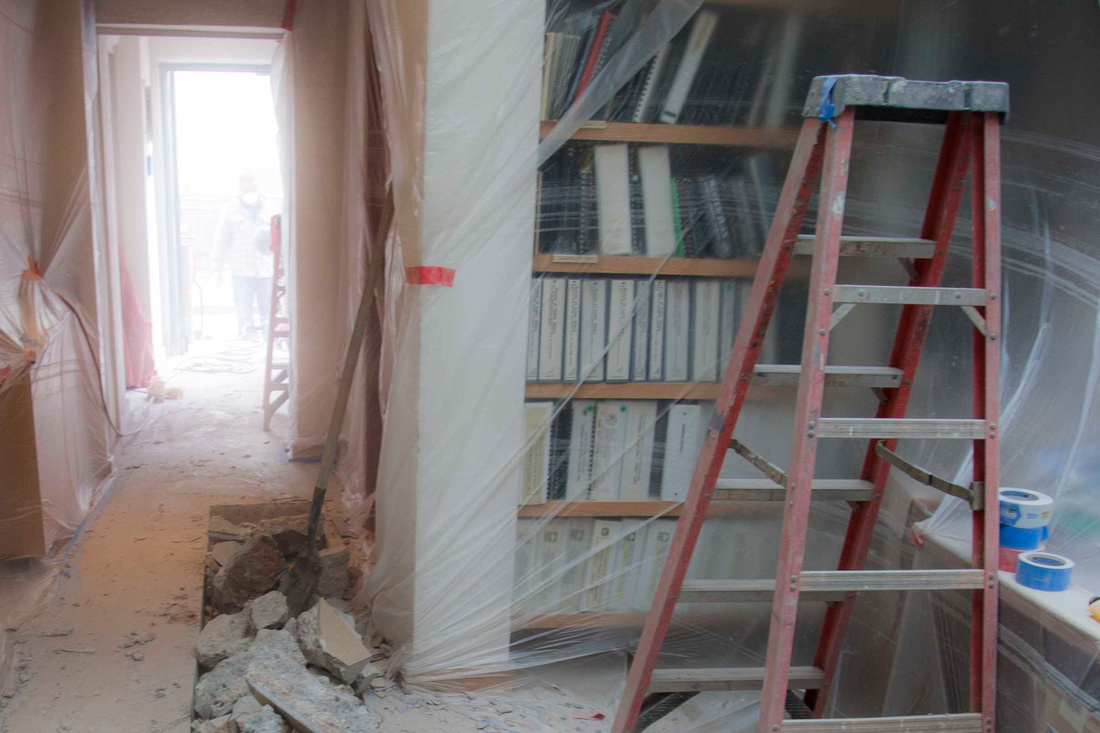 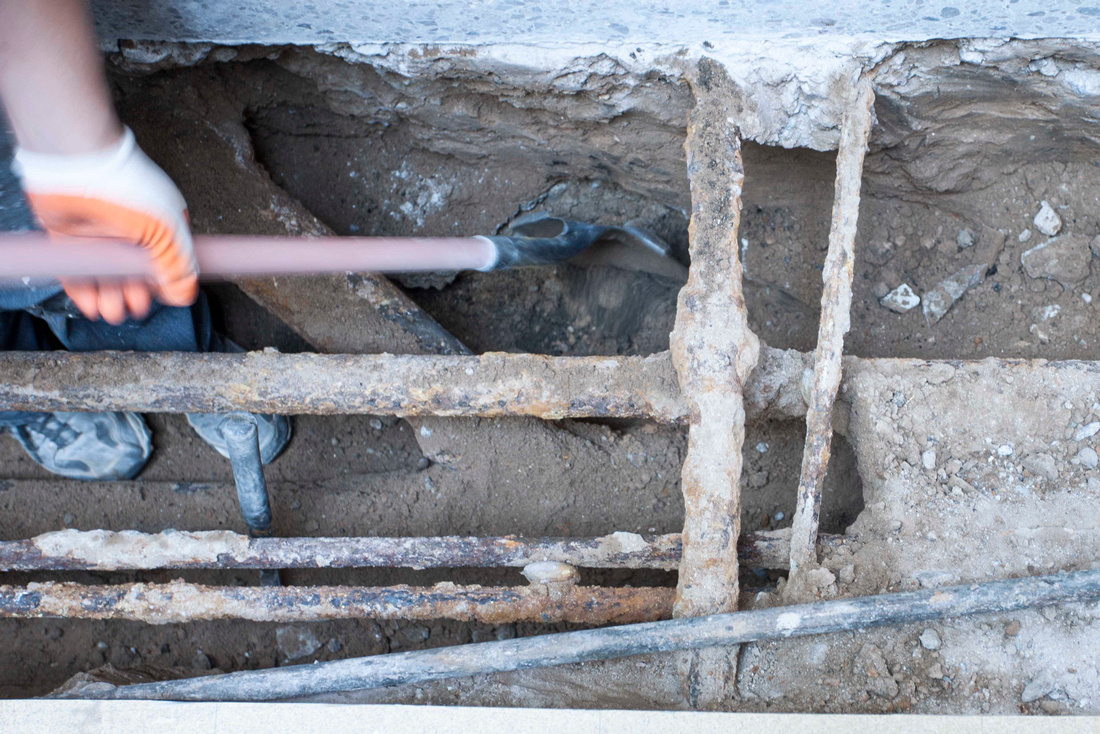 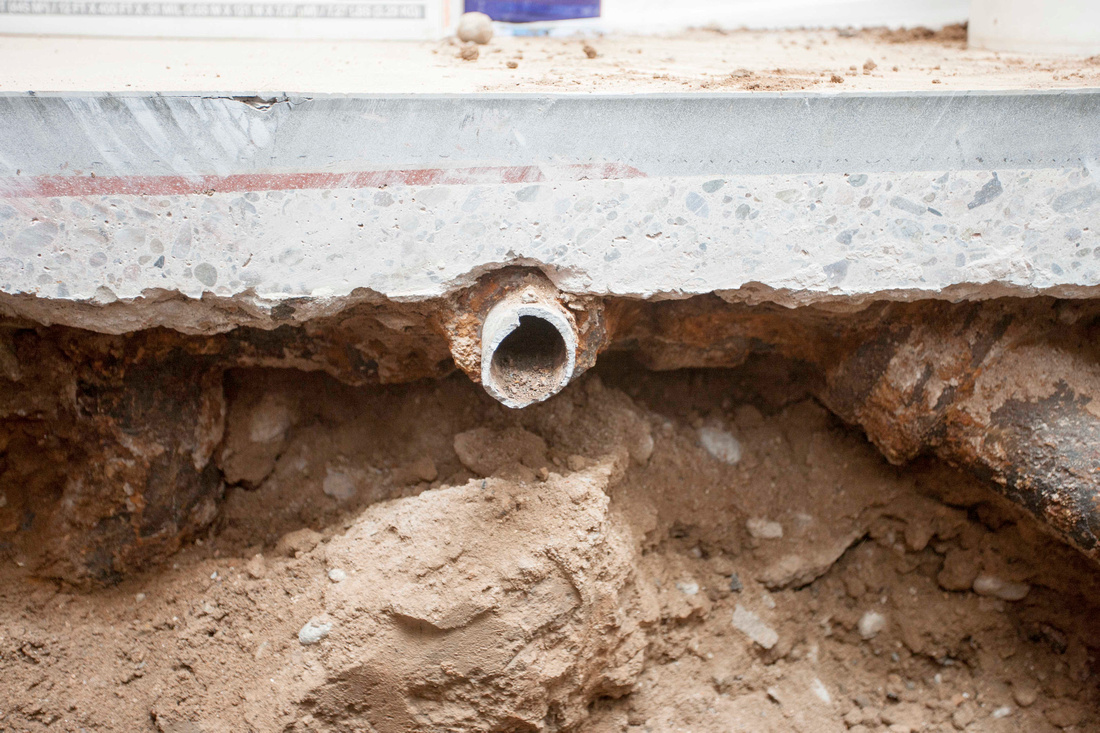 "P-trap" on left, what we presume is a clogged vent in the middle, and the pipe starts its slope to the main sewer line on the right. 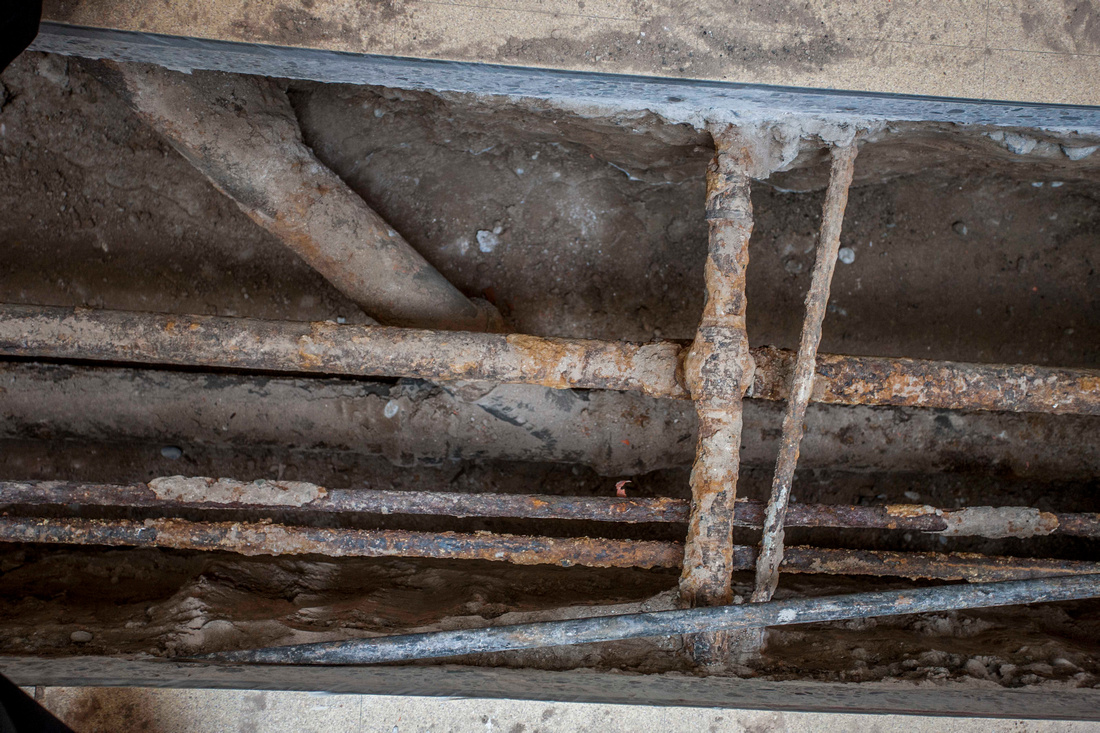 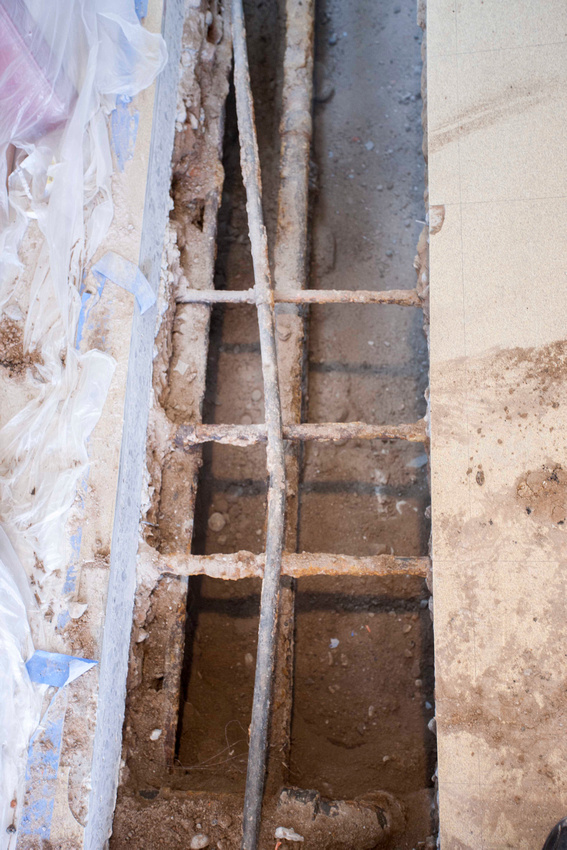 A 3" pipe from a floor drain in the bathroom under the slab that will tie into the main drain where we saw the "T" on the east side on the main drain. 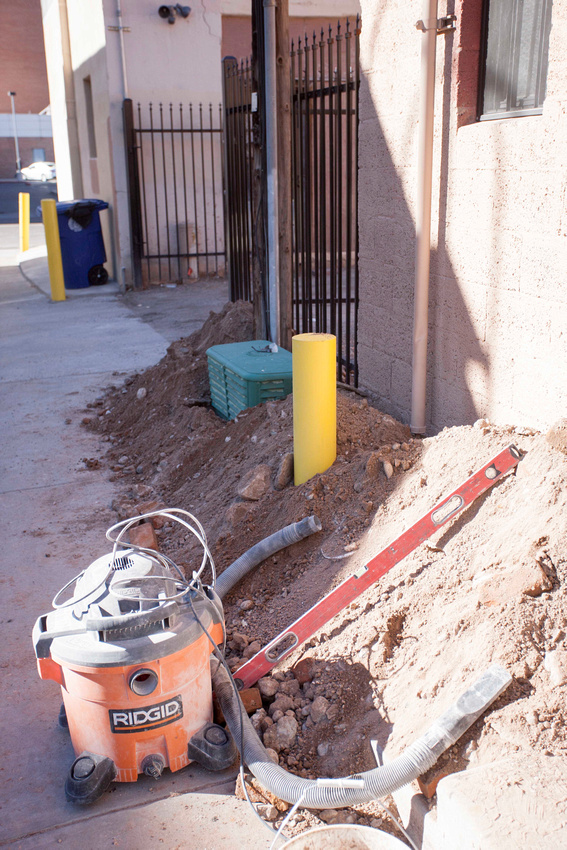 Dirt from the hole. 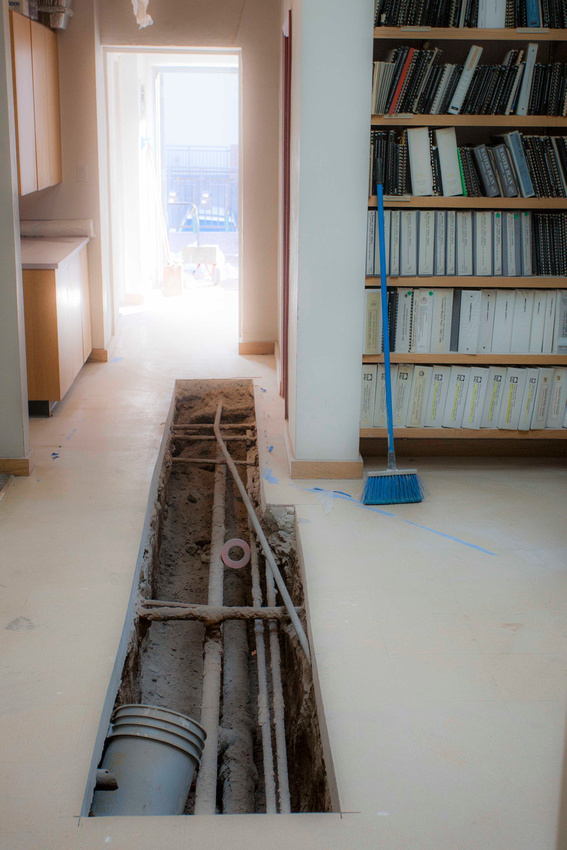 A 15 foot long trench exposing lots of pipes and the sewer line.

*From Cheech and Chong's "Pedro and Mann at the Drive-Inn"

T & L Photos
It is. Thanks, Julie!
Julie(non-registered)
Hey Tim sounds like a nightmare .. I hope you manage to get it fixed
T & L Photos
Hi Lavinia! The thin pipes would be water and some are electrical conduit. The 2" line would be gas, but could be water. We suspect it's the gas line that's been disconnected at the meter for years. All the gas now runs up and over the roof.
Lavinia Ross(non-registered)
The thin pipes might be carrying natural gas?
T & L Photos
Hi David. The guys doing the digging have had to dig through two destruction layers to get down to the sewer line.
No comments posted.
Loading...
Subscribe
RSS
Recent Posts
Last Post on Zenfolio Walk, Run, Splash, Fly A Walk in the Snow We Wish You a Merry Catmas Cranes, Train & A Full Moon on Winter Solstice I Had A Dream Shrink Wrapped Fly Away Fire & Phantasm First Snow on the 2nd
Archive
January February March April May June July August September October November December
Timothy Price
Powered by ZENFOLIO User Agreement
Cancel
Continue