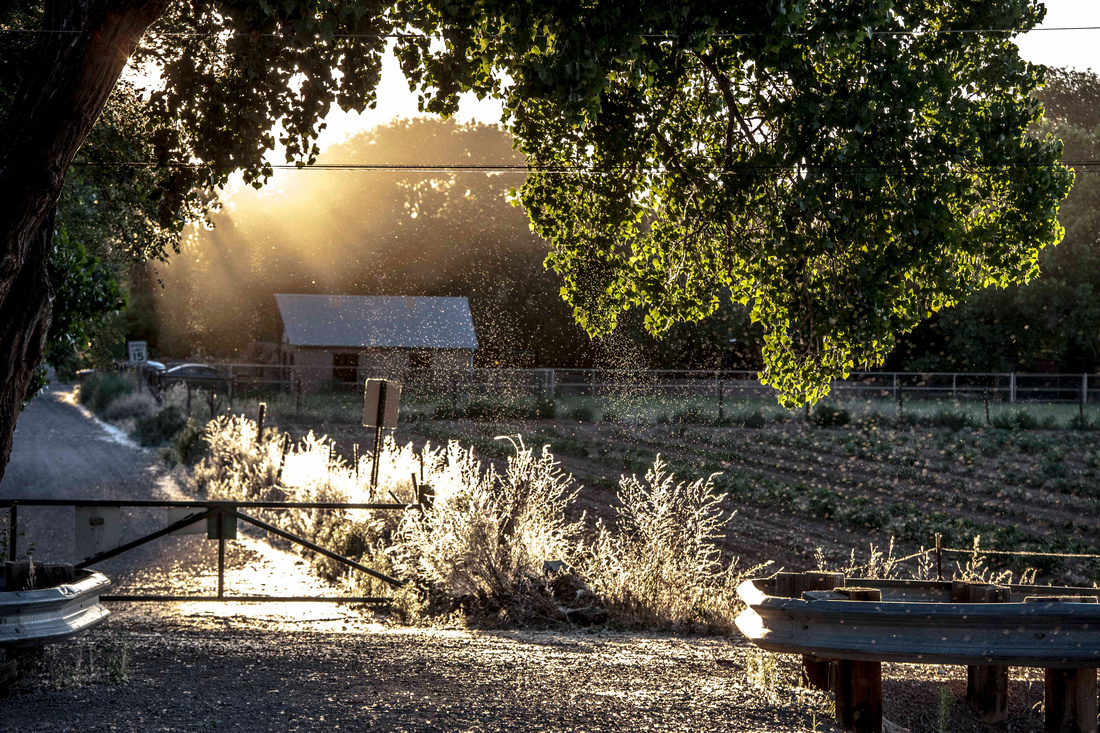 Gnats and smoke in the low sun

There is a large fire burning in the Manzanos south and east of Albuquerque. The smoke blew in and hung in the sky above us making an interesting night sky lit up by the moon above and the city below.

I've worked three full days at the office this week so far, and had pretty good energy each day. I go in first thing in the morning for labs to see how my immune system is holding up. The doctor is afraid it will tank before Monday, making it so I can't start round two of chemo. So I will probably get a booster tomorrow just to make sure I have an immune system on Monday.

I've designed a new sit/stand desk for one of our staff who doesn't need the large changes in height between sitting and standing, so I'm using an extra motor from an enlarger chassis, and scissor jacks to make a different style of motorized desktop. The problem is I've had a terrible time finding the parts I need in town. I wanted to build it without ordering parts on-line, but local stores just don't carry the things I need, so type of pulleys I want (the main components in the design) are all special order at local stores — it's so impossible to buy local! 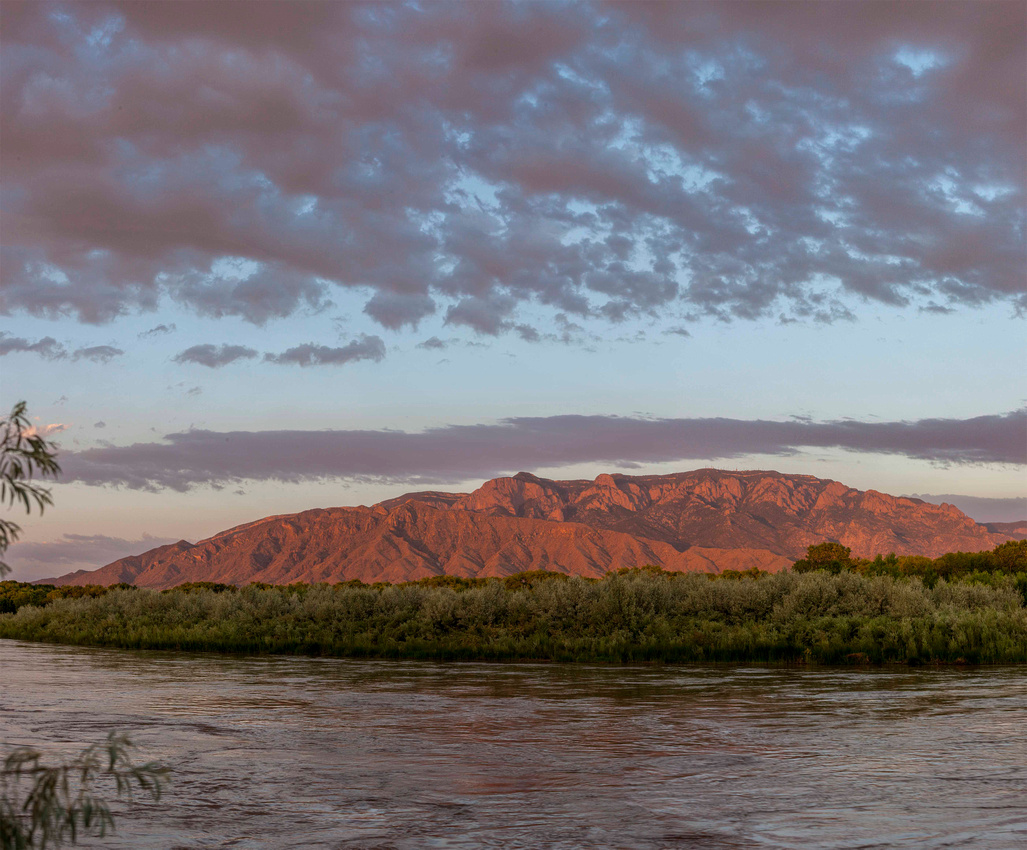 Soft pink on the Sandias before the smoke got thicker 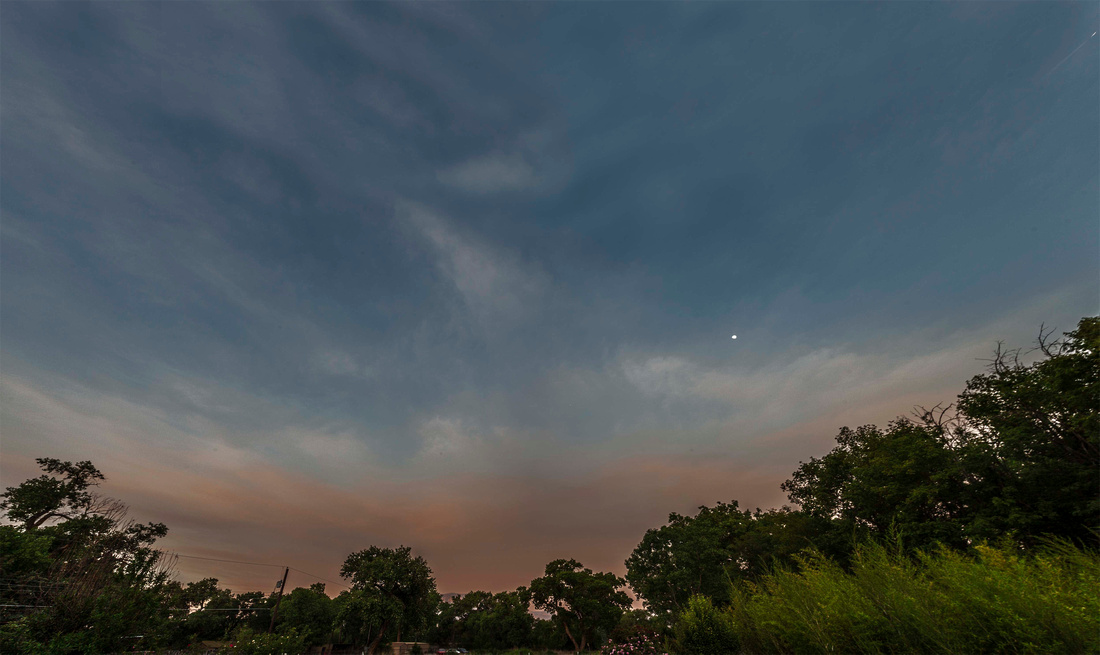 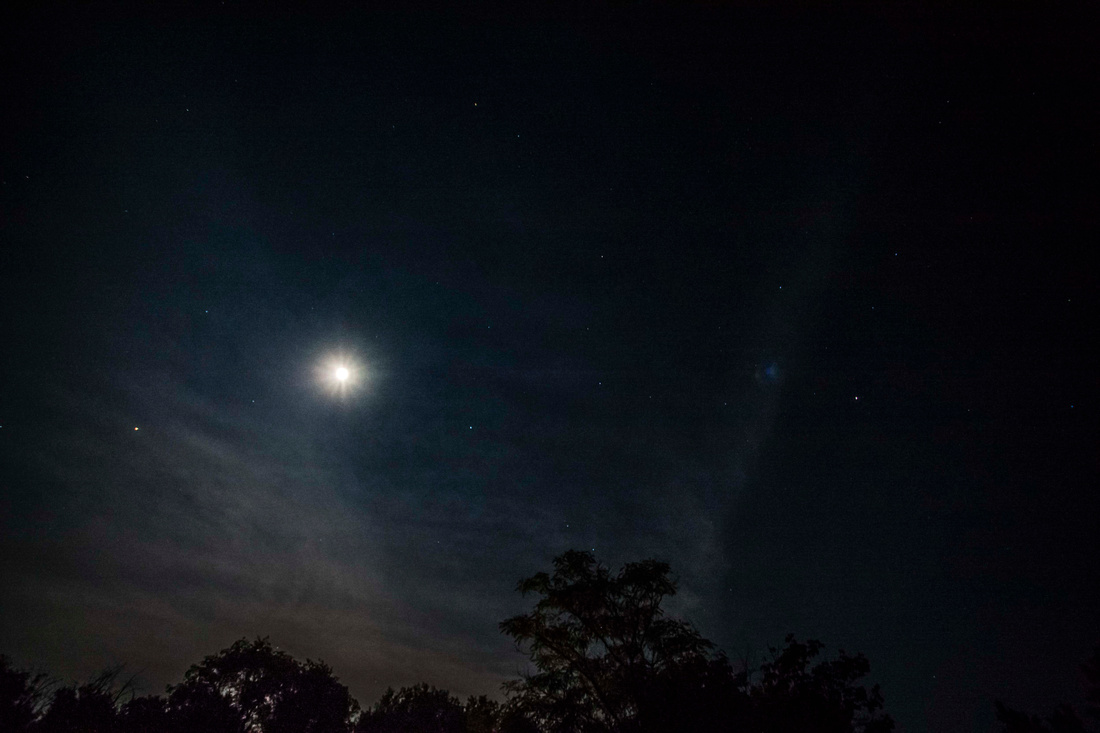 Waves of smoke in the moonlight. Mars on the left side of the moon, Jupiter on the right of the smoke (camera is handheld).

Panorama of the moonlit smoke in the sky (camera is handheld).

T & L Photos
Thanks, Lavinia!
T & L Photos
Thanks, Susan!
Lavinia Ross(non-registered)
Glad to hear the energy is holding up, as well as your immune system. The photos are beautiful as always, especially those Sandia and river scenes. The soul of the photographer resides in those mountains, I think. Thank you for sharing these lovely images.

We had hail here on Tuesday, 2 passes of it, that did a bit of damage in the garden, but the plants will recover. I think the cool weather passes on through this weekend, and we are back into the blast furnace of summer.
Susan Brandt Graham Photography
Those are great images of what is gong on at all levels here.
Hoping for good labs this morning, and also on Monday.
I am amazed you worked full days this week, but then you did amazing things the last time, too.
Thanks for the images!
T & L Photos
Thanks, everyone!
No comments posted.
Loading...
Subscribe
RSS
Recent Posts
Last Post on Zenfolio Walk, Run, Splash, Fly A Walk in the Snow We Wish You a Merry Catmas Cranes, Train & A Full Moon on Winter Solstice I Had A Dream Shrink Wrapped Fly Away Fire & Phantasm First Snow on the 2nd
Archive
January February March April May June July August September October November December
Timothy Price
Powered by ZENFOLIO User Agreement
Cancel
Continue