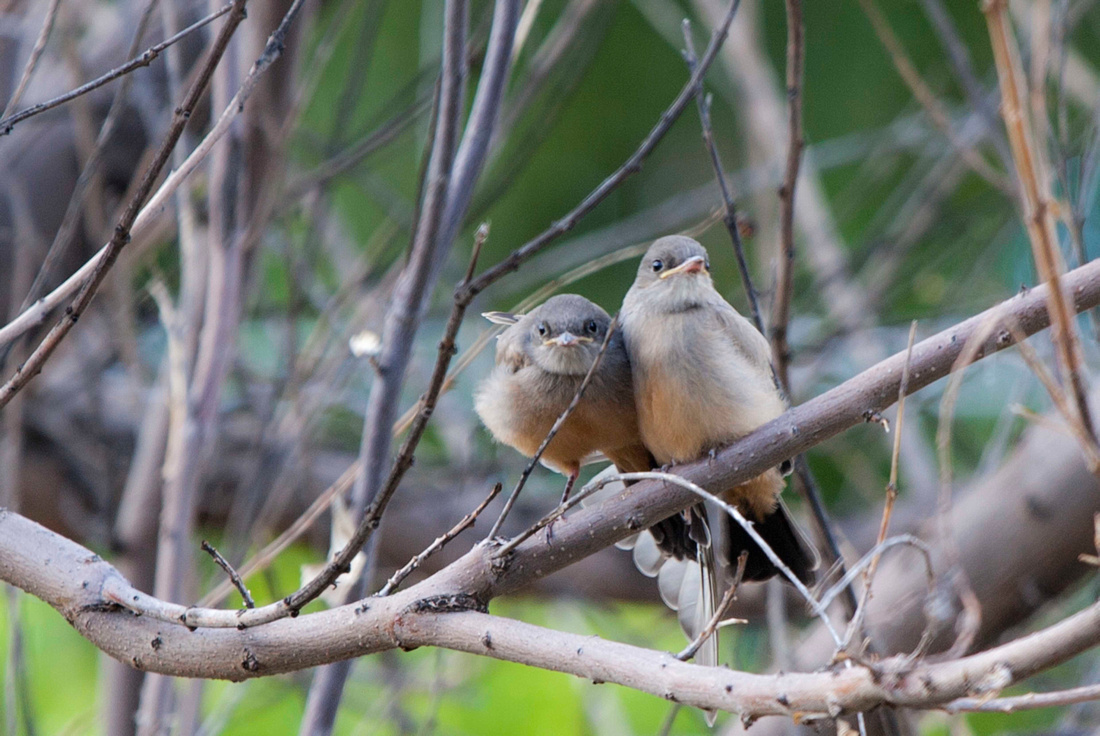 These chicks were in a tree waiting for mama bird to feed them. Mama bird had given each of them an insect she caught, but once I stood close by with my lens trained on the chicks, she just flew by and landed in the vicinity while the chicks waited patiently for her to bring them food. The chicks were big and fat compared to the poor mama bird who was flying back and forth catching insects to feed her chicks. 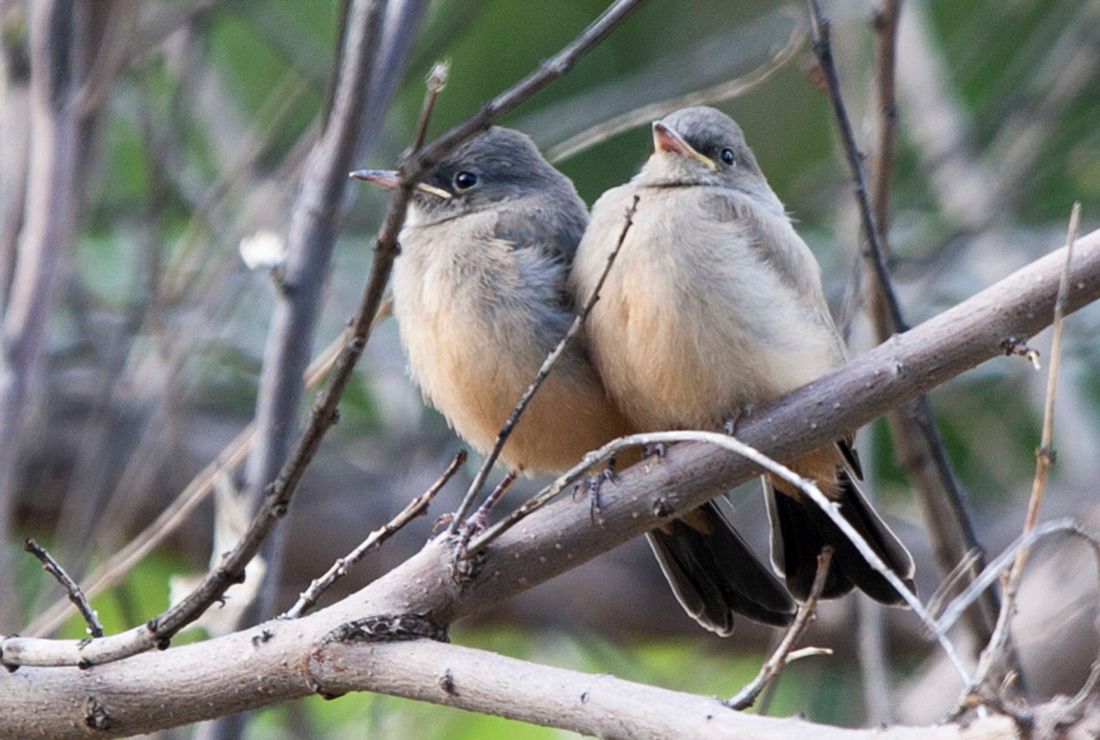 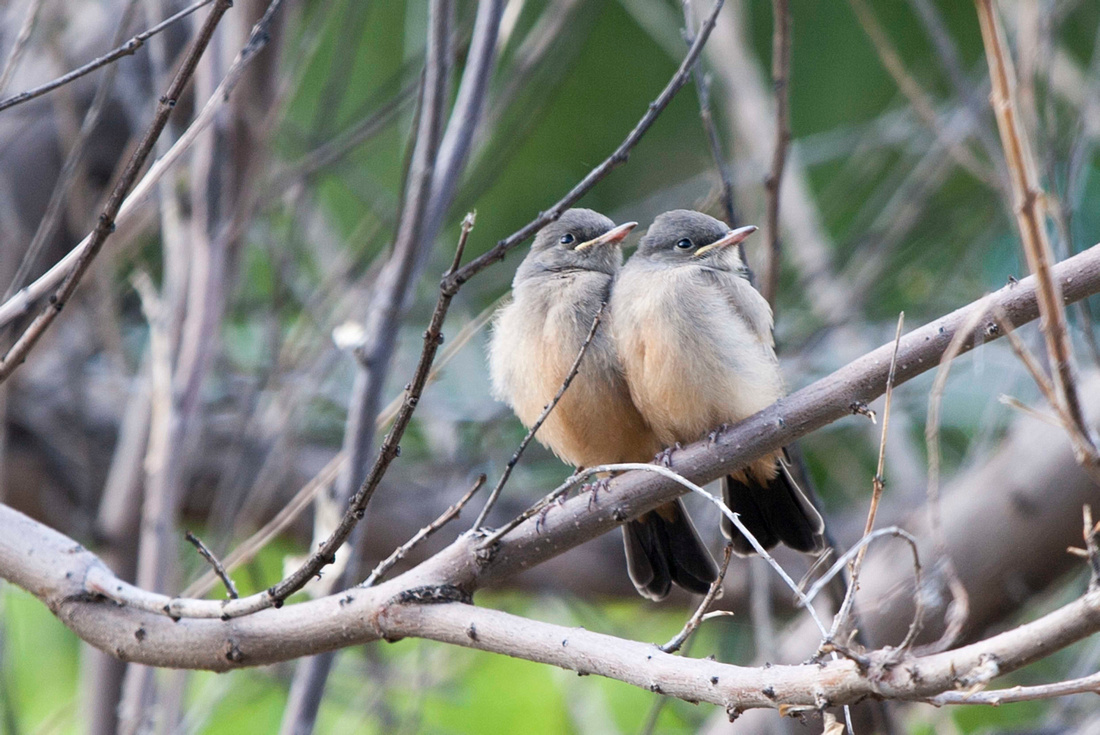 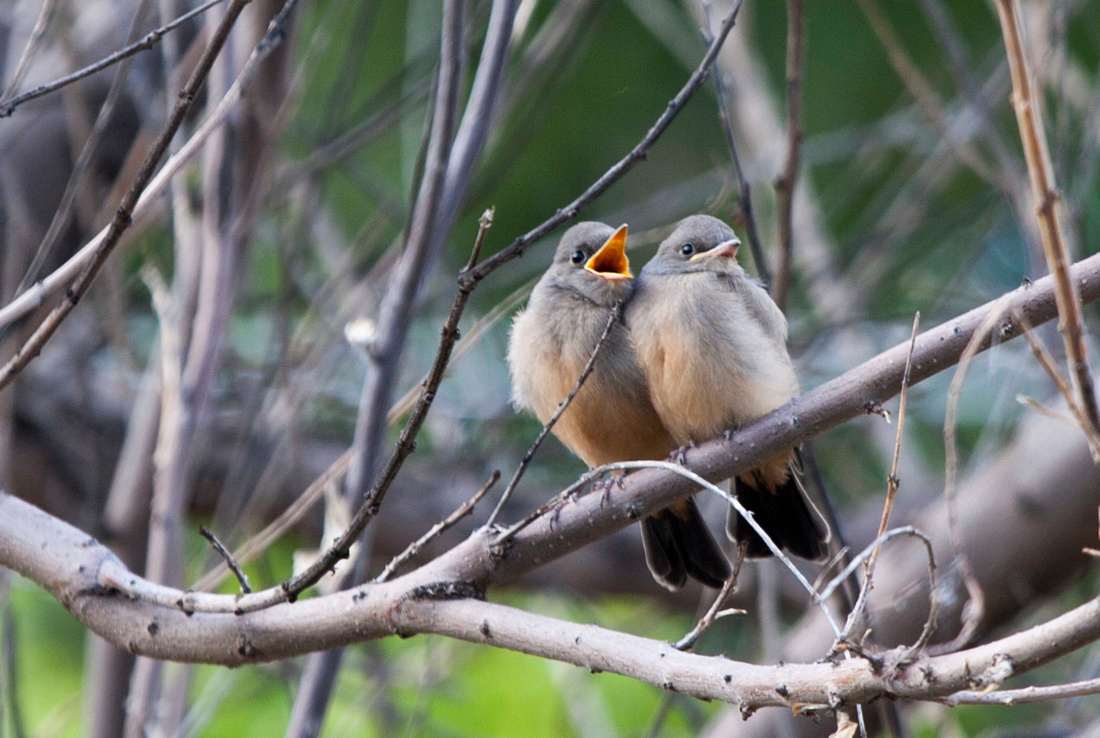 This one tried opening its beak, but mama flew on by 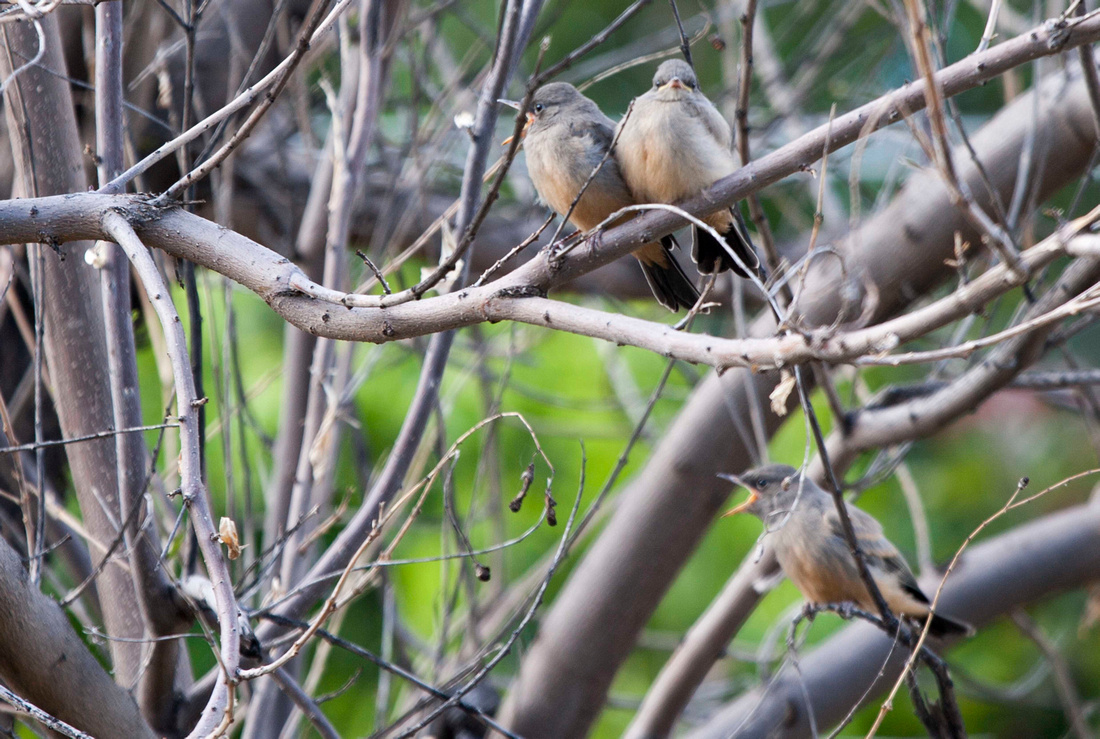