Prehistory as it was 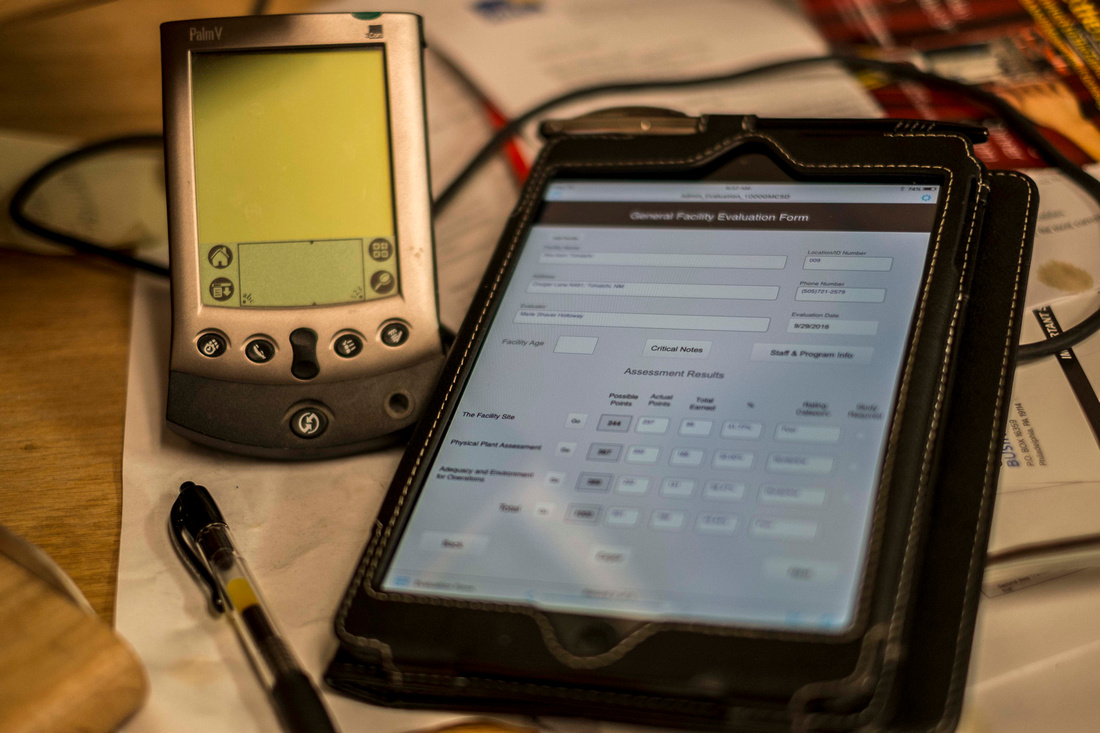 A long time ago after the great iBang created cyberspace and time, prehistoric devices that once filled rooms evolved into the dinosaurs that sat on desktops. Laptops were coming of age as iMolucules coalesced from the accelerating iMatter predicted by Moore’s Law. Handheld devices where still only a twinkle in Apple’s eye, with the exception of the Palm Pilot which was brought to market in 1996, five cyber millennia before the iPod was introduced in 2001. In 1999, 2000 cyber years before the iPod, and 11,000 cyber years before Apple released the iPad, the Palm Pilot came of age with the introduction of the Palm V.

Not long after Y2K failed to wipe out humankind, my boss bought his first Palm V. Not long after he got it he forgot it was in his pocket, sat on it and crack the glass. He ordered a new Palm V, gave me the broken one and told me to figure out what to do with it. I called Palm’s help desk to see what it would cost to get the cracked Palm V repaired, and discovered they had a program where I could send the broken one back and they would exchange it for a refurbished Palm V for $100, which was a super deal at that time. Needless to say, my boss kept forgetting he had his Palm in his pocket, so I ended up with a half a dozen or so refurbished Palm V’s.

One of the many services our office provides is facility evaluation. We have evaluation forms for different facilities which are ±40 pages long, and the evaluators had to take the forms into the field on clipboards, along with measuring devices, cameras, film (before 2004), ADA sticks, floor plans, site plans, etc. and walk through every space in each facility marking off the items on the forms, assigning scores for the condition of the spaces, and writing notes about each space. Then they would have to add up the scores by hand on each page to come up with total scores for the building, the site, and the adequacy for how the buildings were used and occupied. It was a cumbersome process that persisted on paper for many years.

However, with scads of Palm V’s at my disposal, I found a database called TinyDB in 2002 that ran on the Palm V, and I proceeded to recreate the evaluation forms for the Palm V using TinyDB as the base. TinyDB worked amazingly well and I was abled to get all the questions, scoring and comments into an app that added up the scores, and filled them into the summary sheets and stored it all in TinyDB. Then I was able to download, store and print the forms by connecting the Palm V to my desktop computer. I thought I had come up with a great way to reduce the amount of stuff the evaluators had to carry, by giving each of them a Palm V with the evaluation froms app that even added up the scores for them.

I loaded the app on several Palm V’s, and started giving them to the evaluators.  You would have thought I had given them a device with the plague on it, as every evaluator in 2002 refused to use the Palm V, opting for their trusty papers and pencils instead.  So much for the future. I simply gave up after that, and let the dinosaurs suffer and laughed as we gave them back their paper forms to re-add each page, as many of them were arithmetically challenged.

The evaluators continued to carry paper evaluation forms on clipboards in the field for the next 12 years, until 2014, when we were preparing to evaluate a school district with over 200 facilities, the client told me he wasn’t going to pay for the printing of all those evaluation forms, which would come to around 10,000 pages. He wanted everything to be paperless and was willing to pay for us to develop an evaluation forms app for the iPad and Android devices.

Now, 14,000 cyber years after my initial move to make electronic evaluation forms, the evaluators finally have their evaluation forms, floor plans and site plans for each facility on their iPads, and the process is now almost paperless.

T & L Photos
Thanks, Lavinia. Other than making the evaluation forms app for the Palm, I never used them either.
Lavinia Ross(non-registered)
Great stories from you and David! I've never used a Palm device, but see where they could come in handy.
T & L Photos
Hi David. We never had Blackberries in the office. We never had office mobile phones for staff either. We let people use their own phones, which they preferred, so we were really early into BYOD. But I know a lot of people who love the BB.
David(non-registered)
The Palm V story is nearly the same path BlackBerry has traveled. It was a must-have kind of device until the iPhone and Android devices came along. What undercut BlackBerry here in the US was price. Go outside the country, it is a BlackBerry world. In Canada, a lot people who carry a mobile have a BlackBerry (BB is a Canadian company after all.) I like BlackBerry quite a bit. It can do everything a flagship iPhone and Android device can do but better. It is the best in terms of security and encryption versus everything else. Some of my work and all of Laurie's and Andrea's work needs that high level security because of the data flow. Even my daughters carry BB - got a price break on the hardware and the plan. Palm disappeared after being bought by HP. HP was going to use Palm as the platform to enter the smartphone market, but got scuttled in the ill-conceived takeover of Autonomy, an SaaS company.
T & L Photos
Great Palm V story, David. I'm surprised that Palm wasn't able to keep up in the market after Apple got into the hand held device market. Now that we have to create apps for handheld devices, I've really come to appreciate how advanced Palm Pilots were in the yearly days. But I guess they are like Kodak in some ways. Kodak was a pioneer in digital photography and introduced the first full-frame sensor, but they just didn't have the appeal of Canon, Nikon, Olympus and Sony. There were other issues as well, but it's not like Kodak ignored the digital revolution. I believe Palm got out cooled with more user appeal by Apple.
No comments posted.
Loading...
Subscribe
RSS
Recent Posts
Last Post on Zenfolio Walk, Run, Splash, Fly A Walk in the Snow We Wish You a Merry Catmas Cranes, Train & A Full Moon on Winter Solstice I Had A Dream Shrink Wrapped Fly Away Fire & Phantasm First Snow on the 2nd
Archive
January February March April May June July August September October November December
Timothy Price
Powered by ZENFOLIO User Agreement
Cancel
Continue