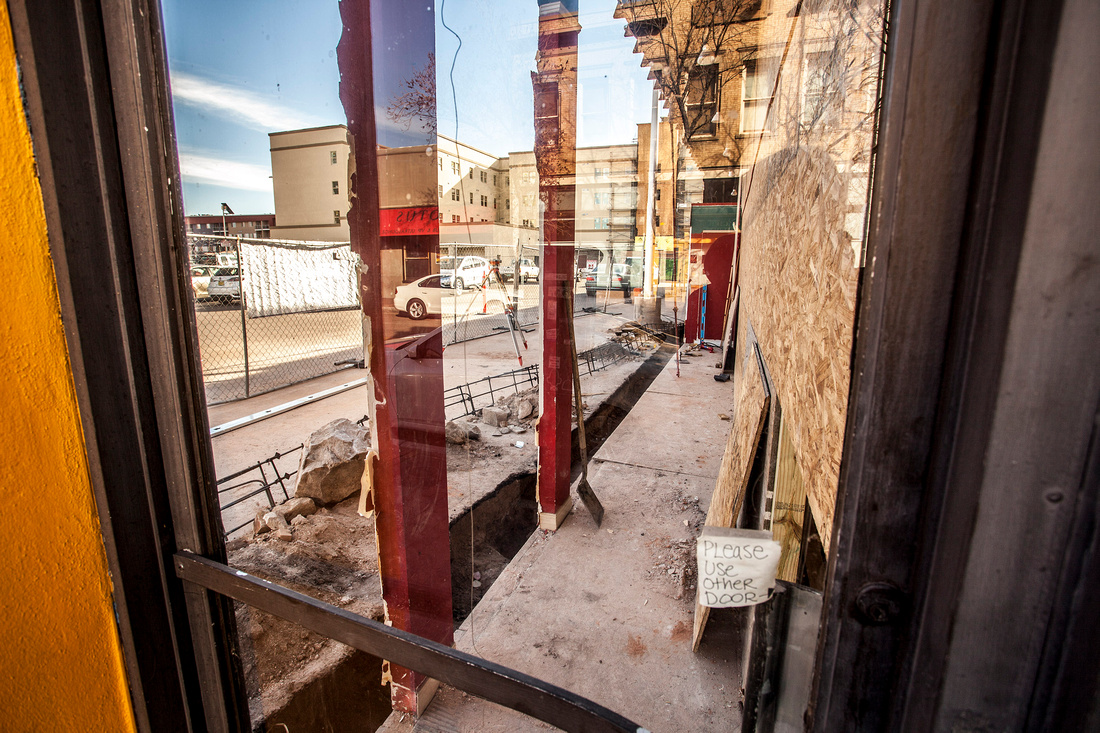 When I went out to check on the progress on the new wall for Patrician Design yesterday morning, the rebar was pulled out of the trench for the new footing and a construction worker was digging in the trench. I asked him if he had run into problems with the footings, and he said he was having to dig out under the floor because he had to jack up the building. I went back out at 3:00 pm and he was still working on it, and while I was talking to him, another guy pulled up with a few new tools to help them to jack up the building. Meanwhile, they shut down the alley behind the office to rebuild it. They were out with a backhoe breaking up the old asphalt and concrete at our back door bright and early. 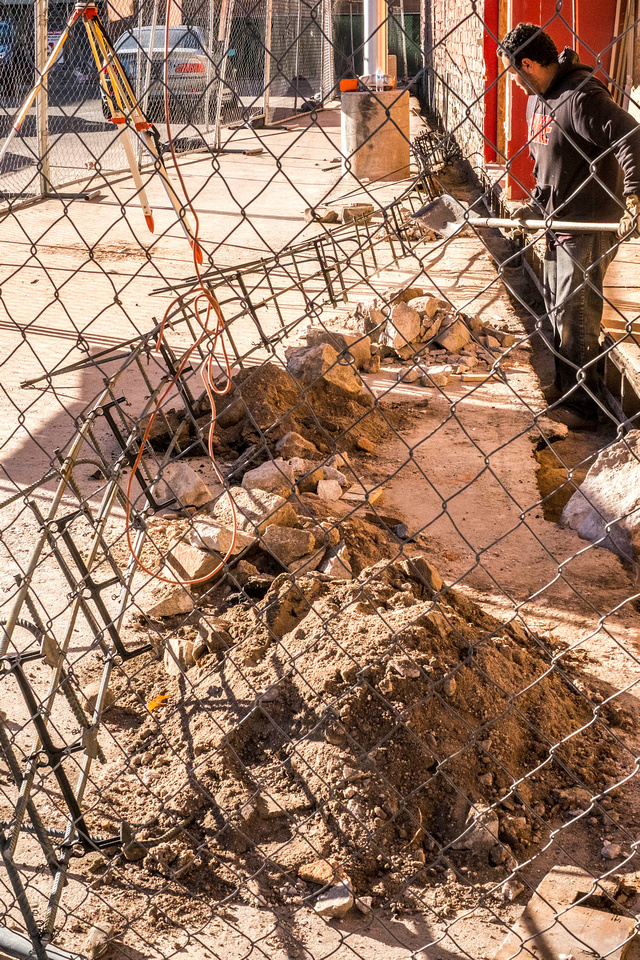 Digging out the original foundation which is made of the large rocks along the inside of the rebar. 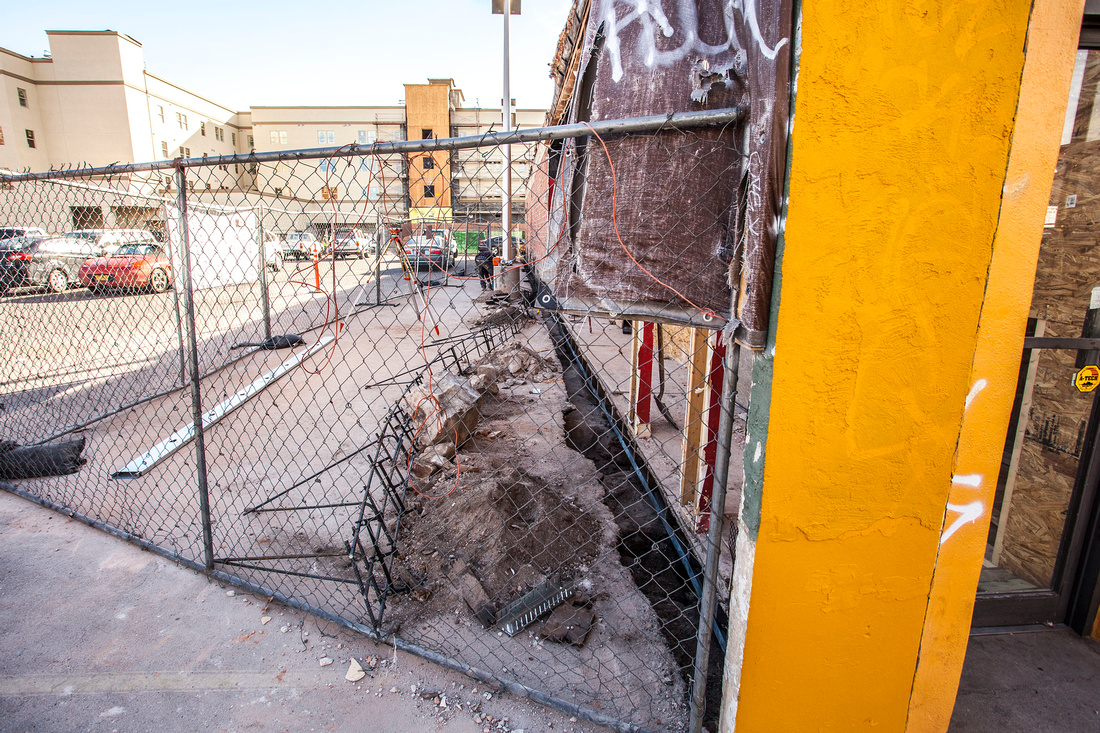 A wider view of the trench, rebar and rocks from the foundation. 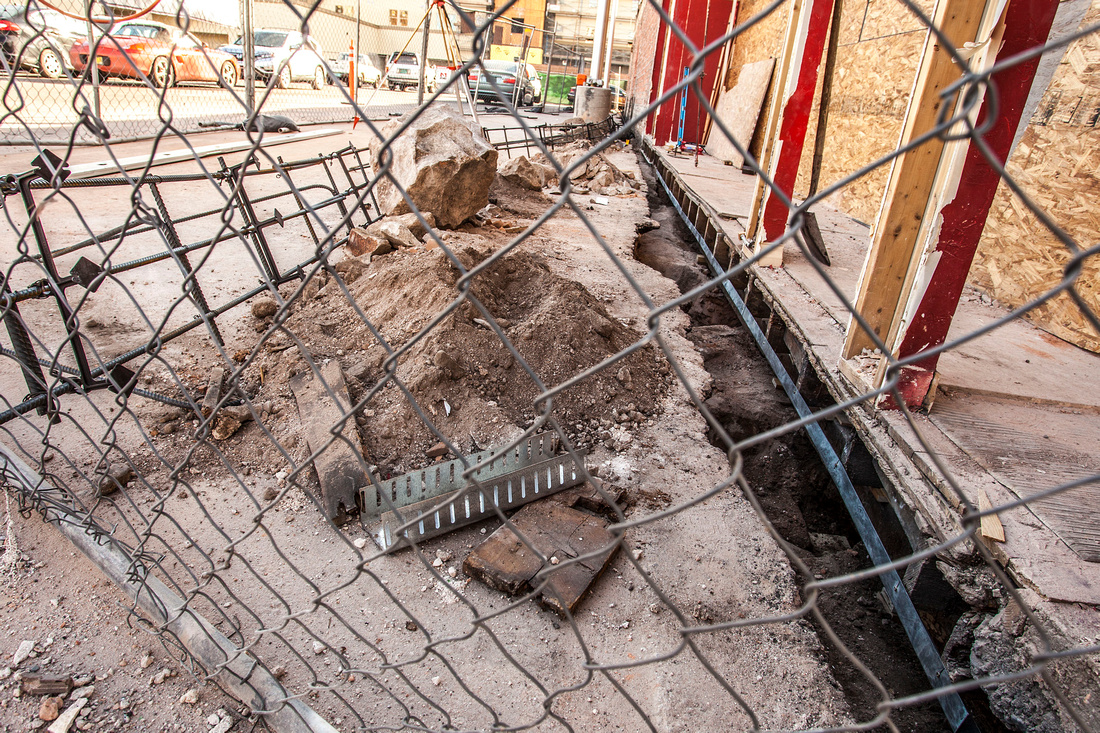 Closer view of the floor they were preparing to jack up. You can see a large granite boulder leaning against the rebar he dug out from the original foundation. 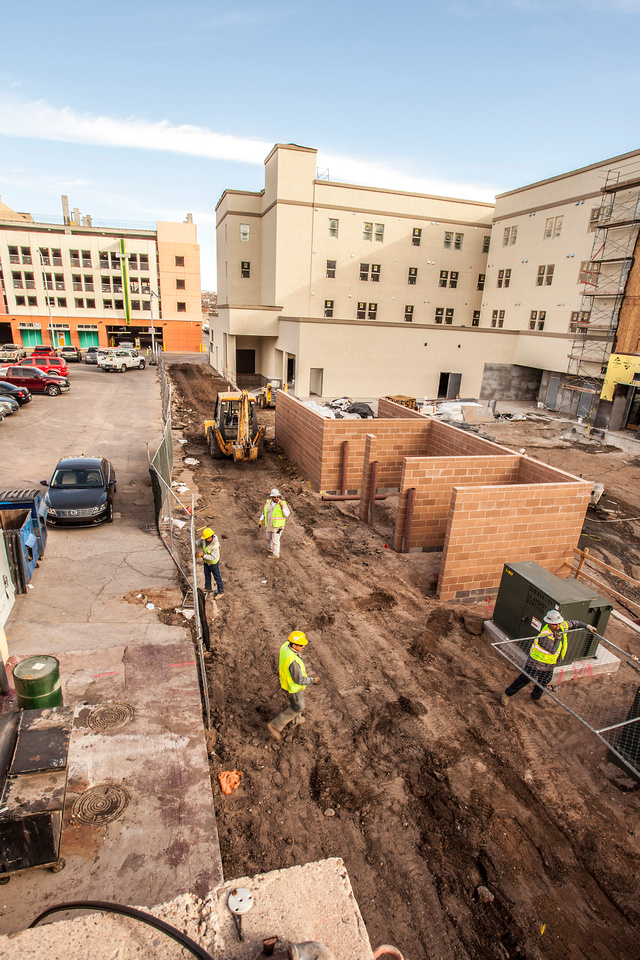 Working on the alley behind the office. The parking garage in the background is where I had been taking photos of the construction of the Imperial Building over the past year.

The back (north side) of the Imperial Building taken from the roof of our office. 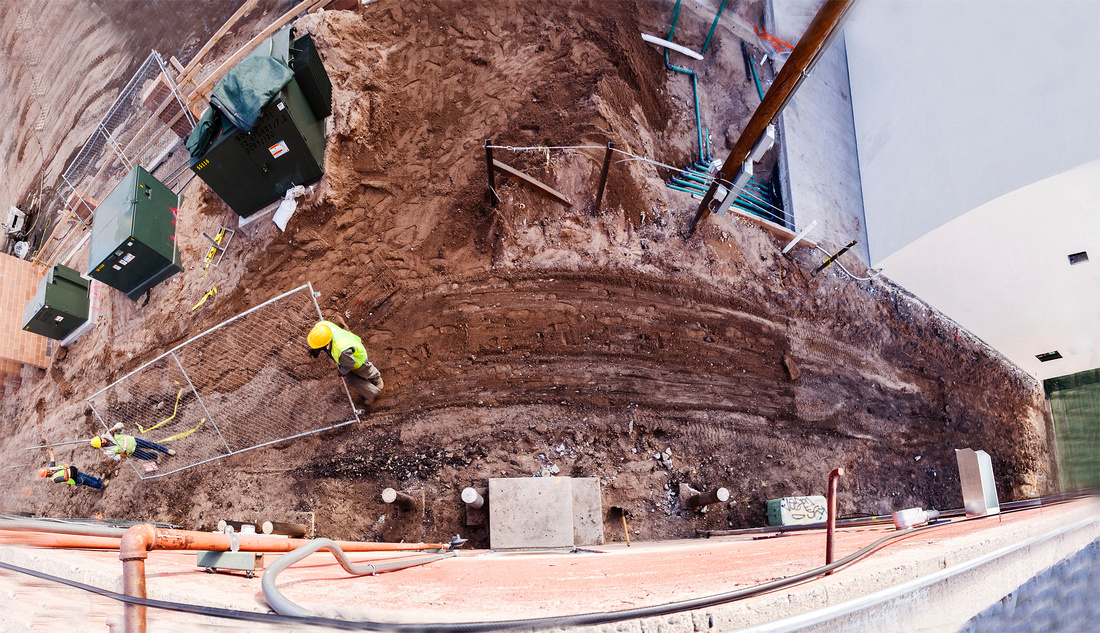 The alley looking straight down from the roof of our office through a super wide-angel lens. The concrete step in the bottom center of the photo is the step up to the back door to the office. My desk is about 15 feet from where the guy closest to the step is standing.

T & L Photos
So true! Thanks, Couriers!
Animalcouriers(non-registered)
Funny how the start and finish stages of buildings seem to take the longest. Nearly there though.
T & L Photos
Thanks, Lavinia! I kept adjusting the float, and then another person would come down to complain about the toilet running. I finally called for a plumber to replace the mechanism, as I didn't have time to do it.
Lavinia Ross(non-registered)
These construction projects are really interesting, watching them in stages. Like Tegan, I can't imagine working next to all the noise. Busy chasing running toilets! Now that would be an interruption! :-)
T & L Photos
Hi Teagan! I have a hi background noise tolerance level. It doesn't really bother too much. My work is interrupted more by normal building issues like toilets running (I have to go up and chase them around), and computer, printer and other tech issues than noise from the construction.
No comments posted.
Loading...
Subscribe
RSS
Recent Posts
Last Post on Zenfolio Walk, Run, Splash, Fly A Walk in the Snow We Wish You a Merry Catmas Cranes, Train & A Full Moon on Winter Solstice I Had A Dream Shrink Wrapped Fly Away Fire & Phantasm First Snow on the 2nd
Archive
January February March April May June July August September October November December
Timothy Price
Powered by ZENFOLIO User Agreement
Cancel
Continue