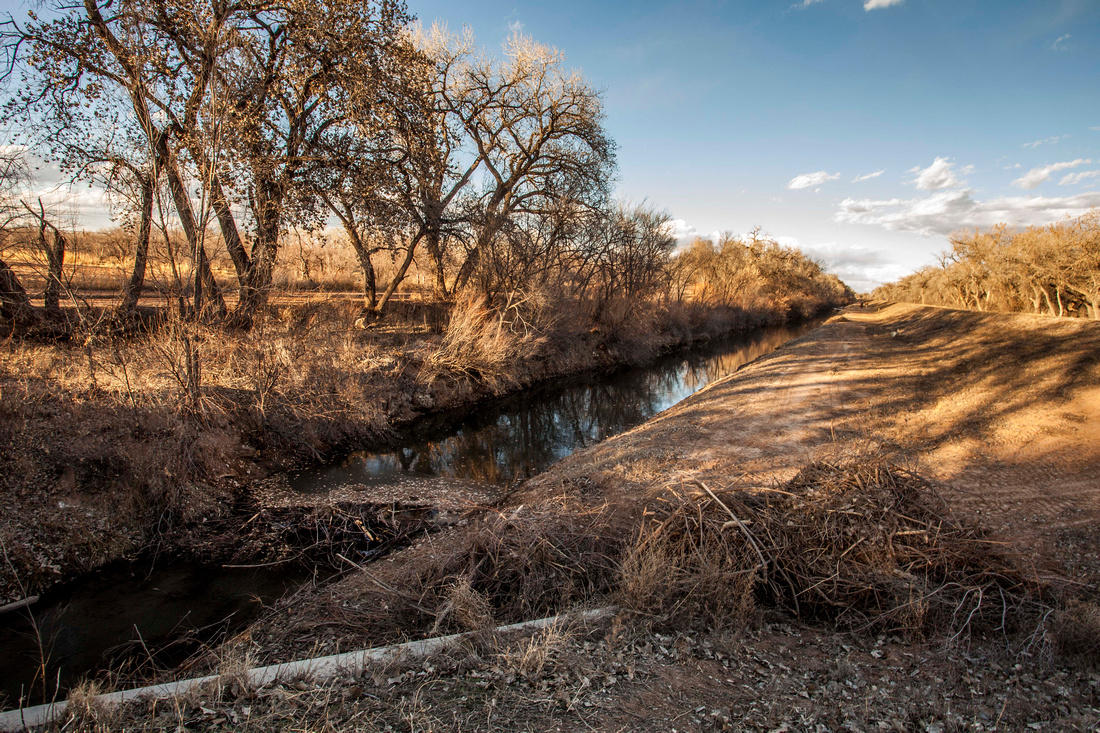 But then again, all this destroy and rebuild could be a Works Project partnership between the Conservancy District and the beavers to create jobs for both man and beast. 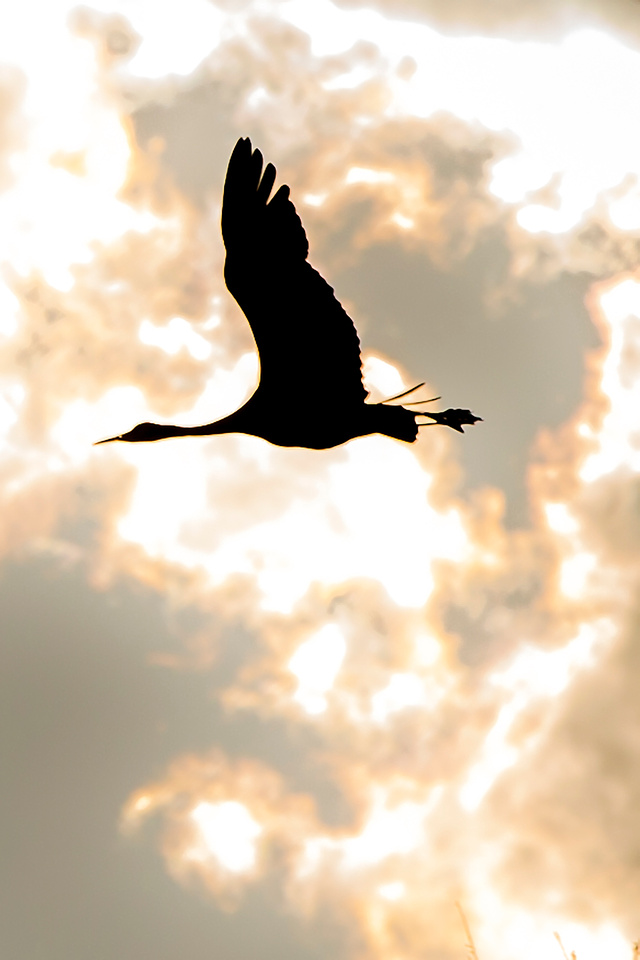 A lone crane flying across an explosion of clouds and sunshine. 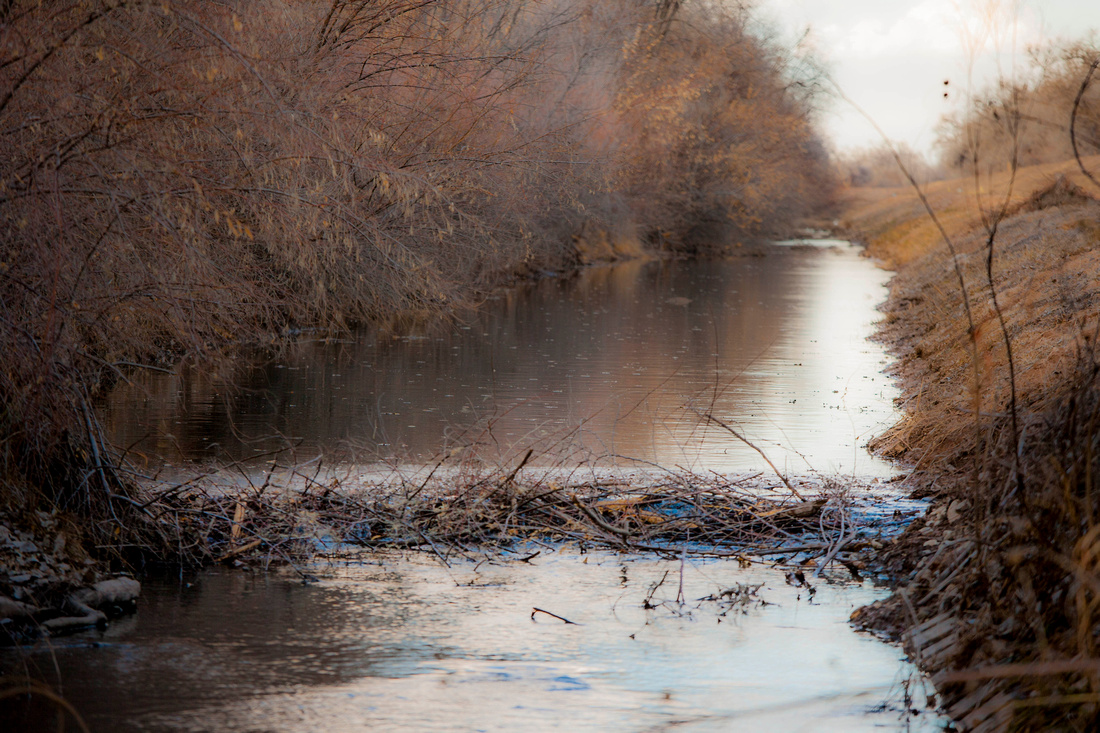 The new day beaver dam from under the bridge. 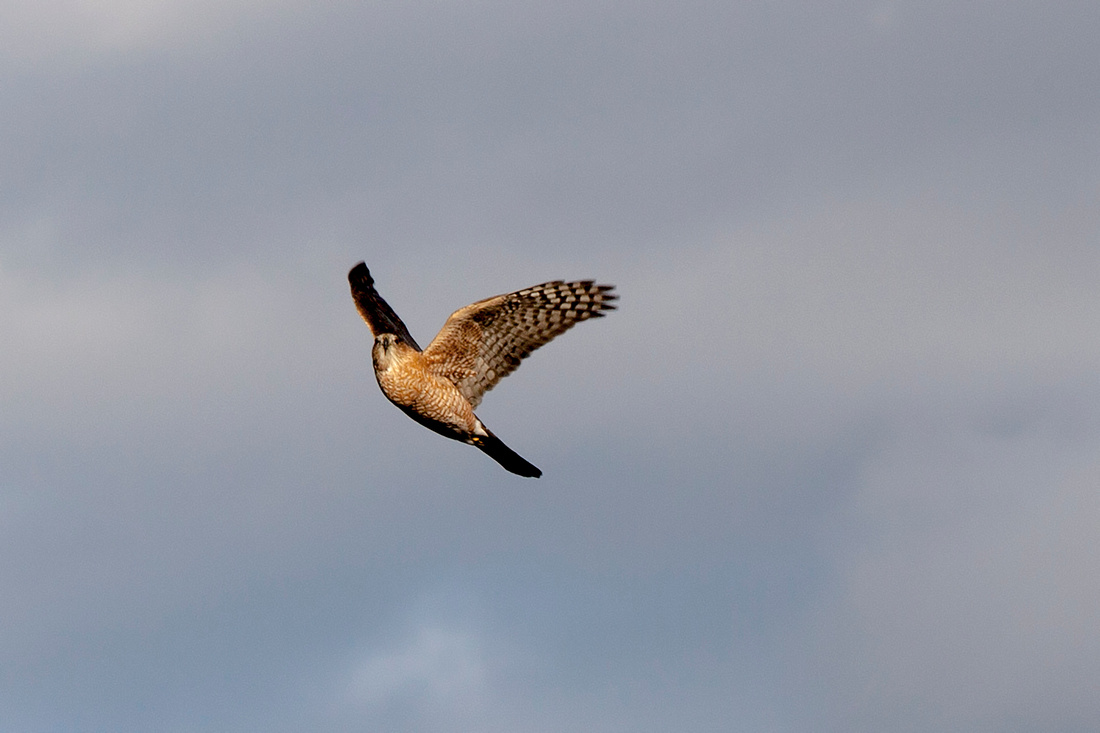 A Copper's Hawk flying along the Rio Grande 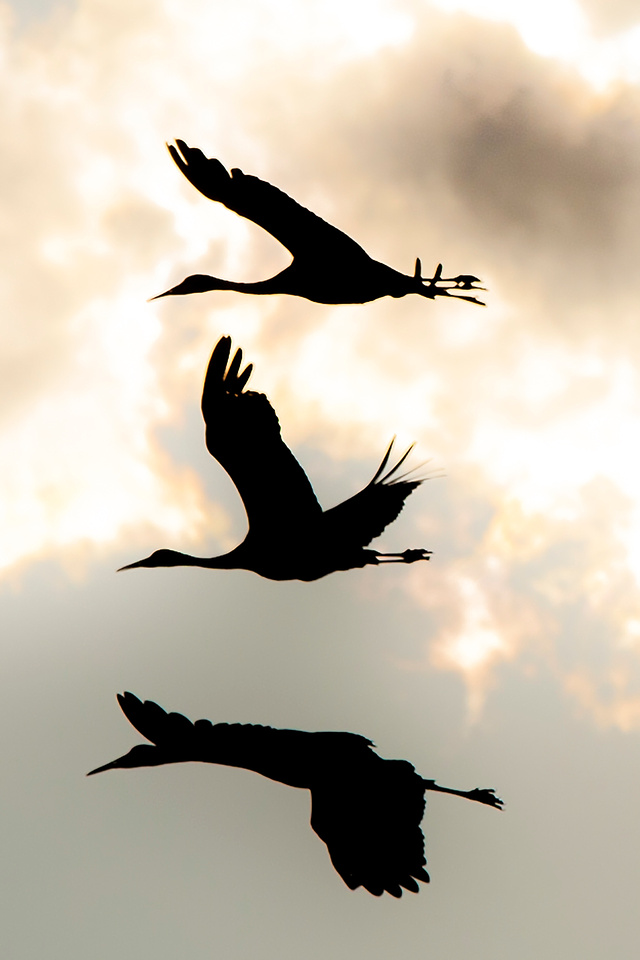 A triad of Sandhill Cranes with the sun setting behind clouds. 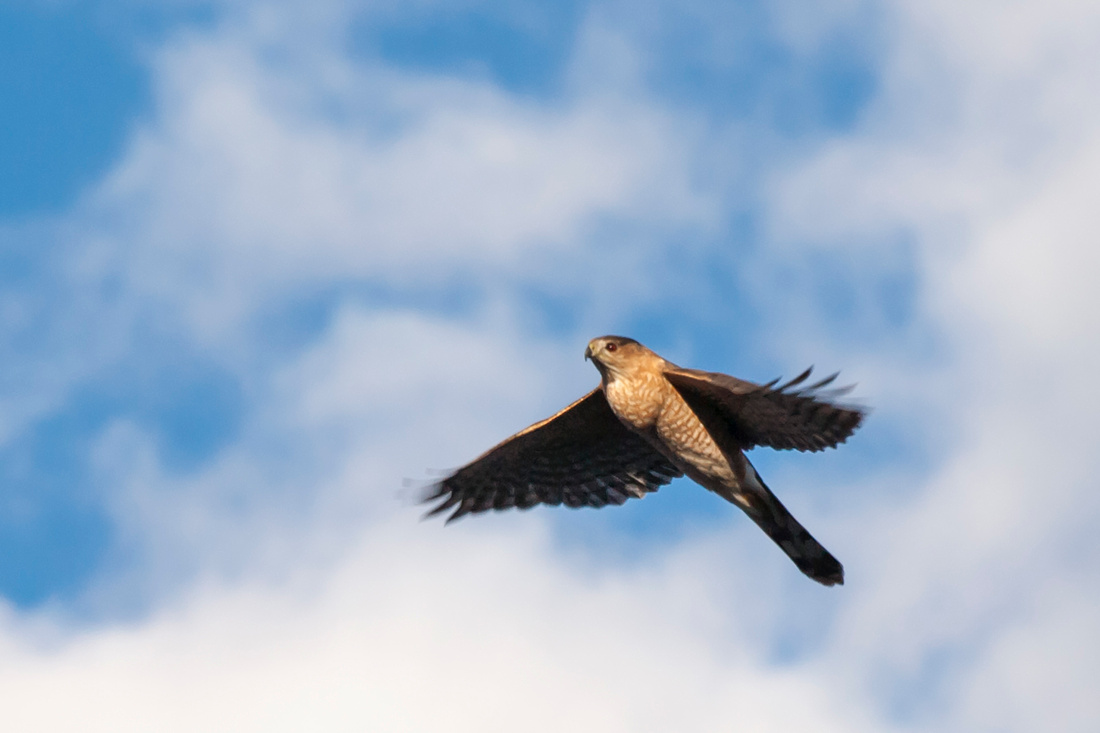 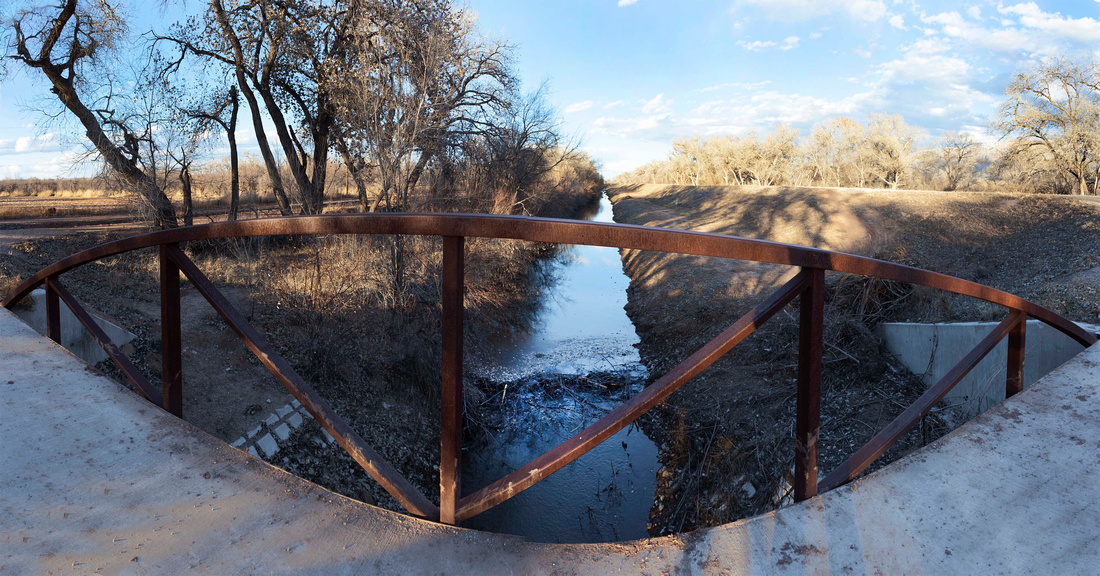 T & L Photos
Thanks, Lavinia! Beavers damming up the ditch and the Conservancy tearing them out has gone on for years. This is the first time I've seen the beavers so persistent rebuilding in the same spot. This is the fourth dam I've counted in the same spot.
Lavinia Ross(non-registered)
These are all stunning photos, especially the one of the three sandhill cranes! Crisp and clear shots - I feel as if I am standing in that first one.

The beavers will probably not go away on their own. Looking at that straight as an arrow man-made ditch, my guess is that the Conservancy will have to trap and relocate.