Tent rocks on the edge of a 7 million year-old deposit of pumice, ash and tuff.

A long, long time ago, 7 million years or so, volcanic eruptions deposited layer upon layer of pumice, ash, and tuff 1000 feet thick in an area of North-Central New Mexico now called the Jemez Mountains. Over the years the weather has exposed the white, grey and pink layers of pumice, ash, and tuff leaving deep, narrow canyons and tent-like formations. In 2001, Tent Rocks was made into a National Monument named Kasha-Katuwe Tent Rocks. There are two trails at Tent Rocks — the 1.0 mile Loop Trail, and the 1.5 mile Canyon Trail. The Canyon Trail is oneway out and back, and climbs 630 feet to a mesa that offers excellent views of the Sangre de Cristo Range, Jemez Mountains, Jemez Dam and Lake, the Sandias and the Rio Grande Valley. The photographs in this post were taken along the Canyon Trail. The trail heading into the mouth of the canyon 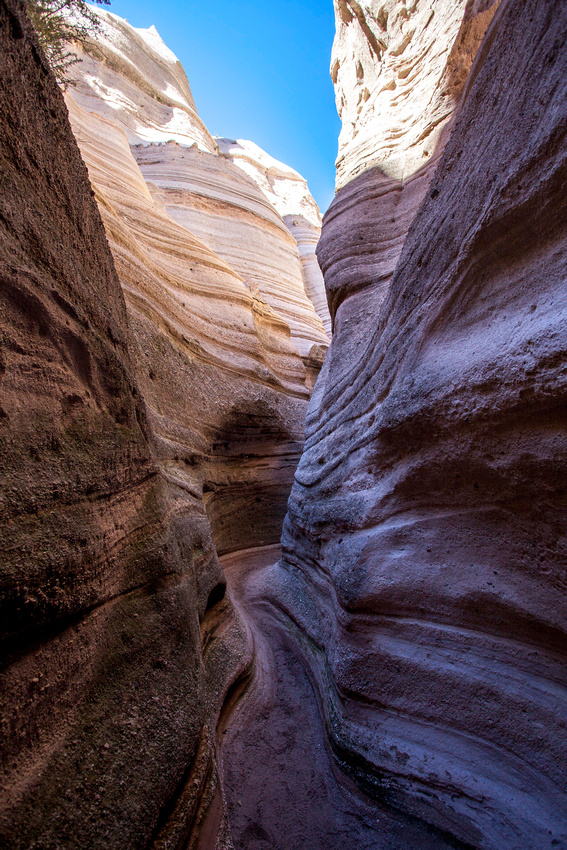 The Canyon Trail starts getting narrow It gets much narrower than this.

Looking north along the way to the top of the mesa you can see large tent rock formations rising out of the canyon below. The snow capped Sangre de Cristo Range is in the distance.

Looking east into the canyon. Jemez Dam and Lake are in the background on the far left. Looking west from top of the mesa that forms the southern wall of the canyon — this photo was taken from the end of the mesa on the right in the previous photo.

Looking southwest into another canyon where hiking is not allowed.

Looking south and east toward the Rio Grande Valley and the Sandias. 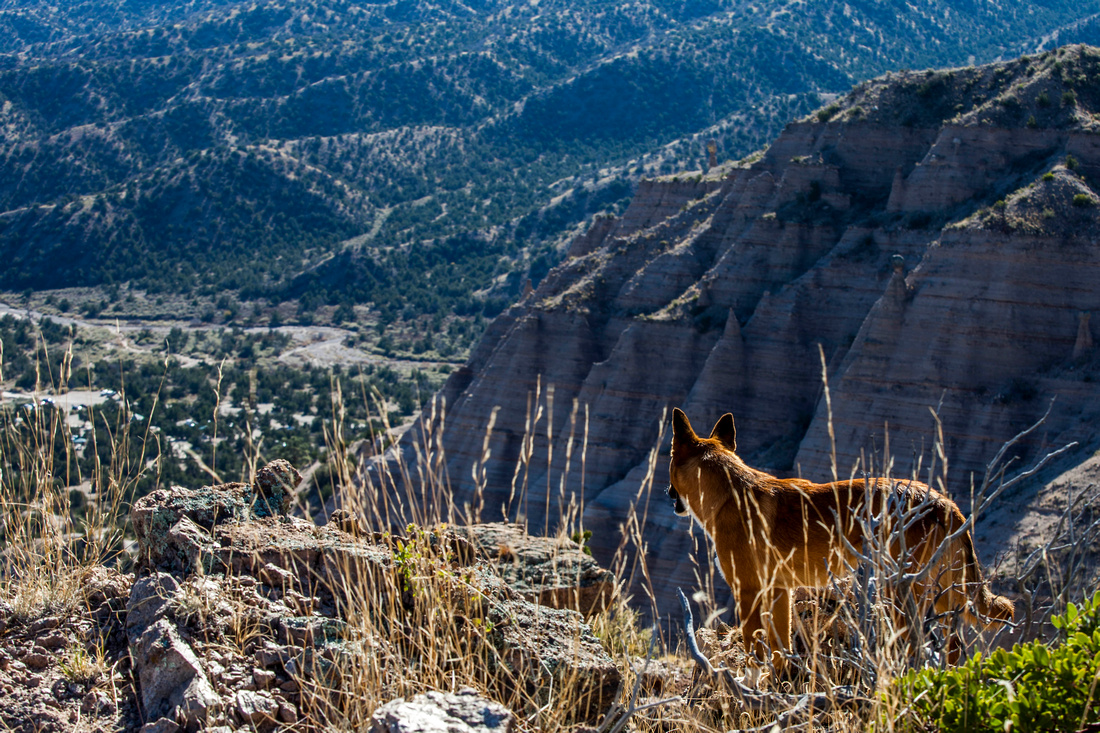 Even a dog from the Jemez Pueblo climbs up to the top of the mesa and takes in the views.

T & L Photos
Hi Douglas! I haven't been to Bandelier since I've been doing this blog. I was in Mesa Verde in 2009, but I think the last time I was in Bandelier was around 2000 or 2001 before I got a digital camera.
T & L Photos
Thanks, Julia!
T & L Photos
Thanks, Julie!
moorezart(non-registered)
Hello Tim! These are wonderful and a really great story. I have to admit I never went down the trail. Between acrophobia and claustrophobia I think I'll have to experience through you vicariously. This reminds me....did you ever do a post on Bandelier?
Julia Lund(non-registered)
Stunning.
No comments posted.
Loading...
Subscribe
RSS
Recent Posts
Last Post on Zenfolio Walk, Run, Splash, Fly A Walk in the Snow We Wish You a Merry Catmas Cranes, Train & A Full Moon on Winter Solstice I Had A Dream Shrink Wrapped Fly Away Fire & Phantasm First Snow on the 2nd
Archive
January February March April May June July August September October November December
Timothy Price
Powered by ZENFOLIO User Agreement
Cancel
Continue